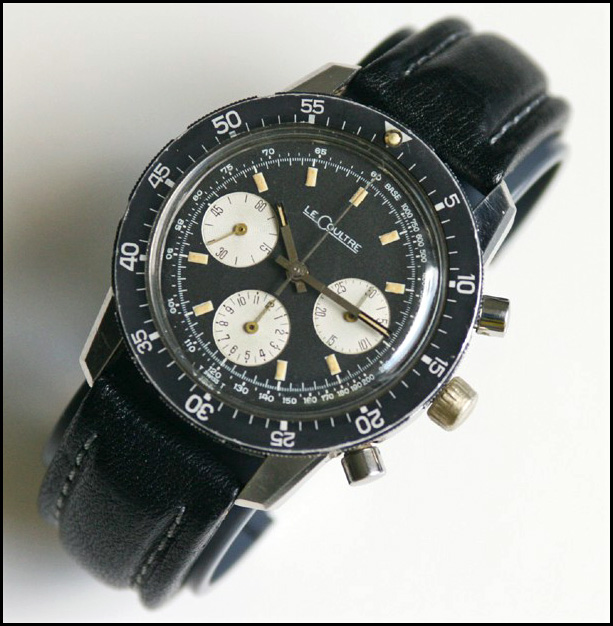 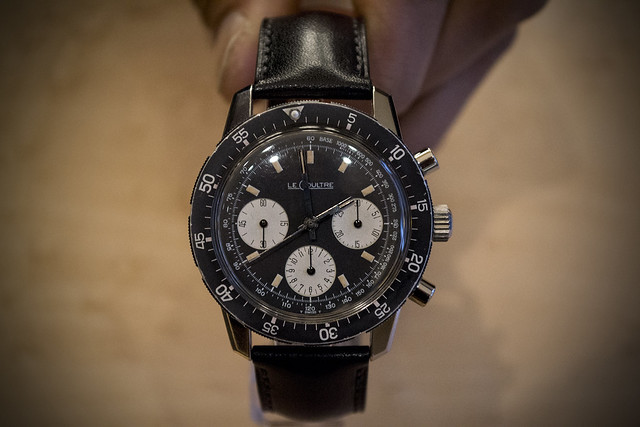 Jaeger-LeCoultre Ref: E.2643 – It’s Friday, I’m walking down Oxford Street and I casually decide to pop into Watches of Switzerland to see if there’s anything worth a gander, so I enter and head straight over to the Pre-Owned section (which really can’t be missed as it’s in the middle of the shop floor).   Tucked away was this stunning, vintage 1960′s Jaeger-LeCoultre/LeCoultre – Vogue/Shark (depending on what side of the Atlantic you lived on at the time). 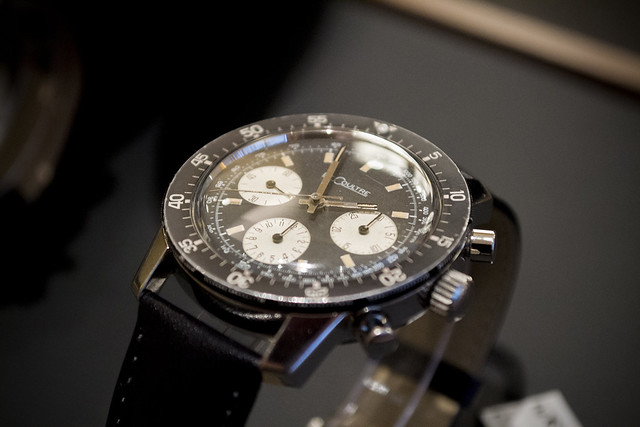 It was in impeccable condition, so I had to have a look at it.  The dial had aged perfectly, with the hands to match. Once it was in my palm, I wound it with a grin; just to give it a bit of life.  This JLC has the popular Valjoux R 72 movement (or JLC Cal. 13 VZH), highly used by other watch companies at the time due to its reliability and accuracy. The chrono pushers felt firm and crisp, surely meaning it had been recently serviced. Back in the 1960′s this watch would have been considered generous in size at approx 40mm, but it felt just fine on my wrist. 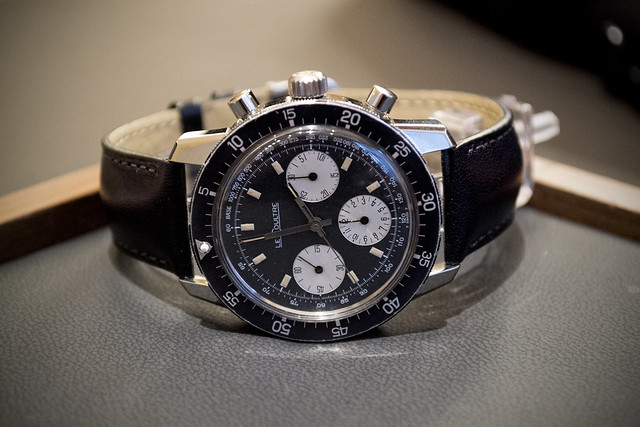 It is amazing how delicate vintage watches can feel, yet they’re still knocking around looking for new owners, working as well as the day they were made. This one is now on sale at Watches of Switzerland on Oxford St., London in UK for £4450, which I believe also comes with the original box.