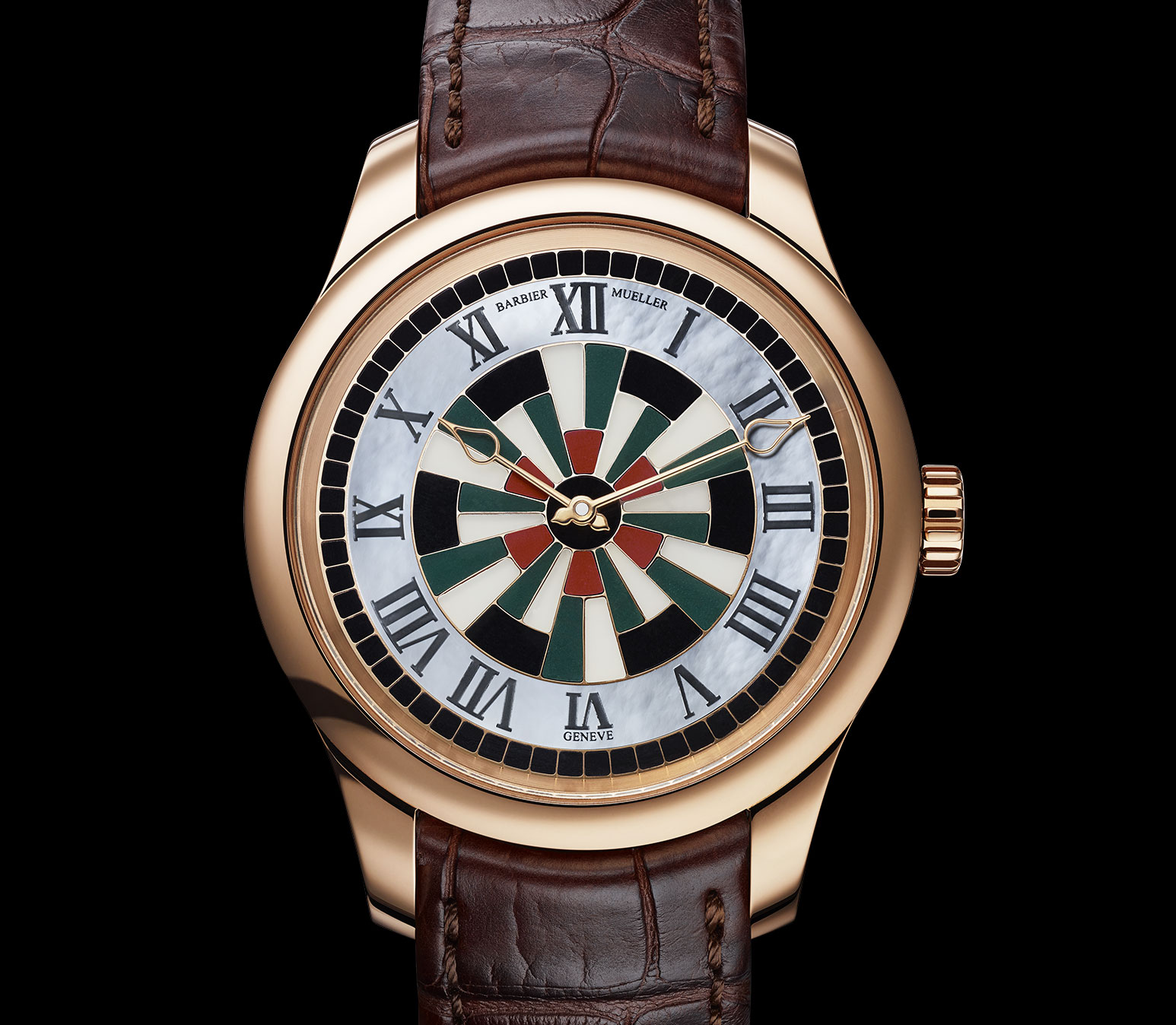 The Only Watch 2017 is going to happen on the 11th of November 2017, pretty soon now. And as expected, we are seeing lots of entries from fantastic watchmakers. So for this write-up, we are going to cover one of pure Swiss watchmaking talents, Barbier-Mueller’s Mosaïque watch. The Mosaïque watch is made entirely in Geneva and it pays homage to the fine Genevan watchmaking and of course to the decorative arts commonly seen on high end Swiss watches. When it comes to premium mechanical watches, we all know that you will find the word Geneva inscribed somewhere in there.

The Mosaïque watch is far from being simple, one look at it will make you think that it looks like a talisman or something because if the decorative motif on the dial and the caseback. It also sports a pocket watch like ability to display its internals, allowing one to fully open the caseback to reveal the beautiful movement. This is nothing new but of course it is quite rare. 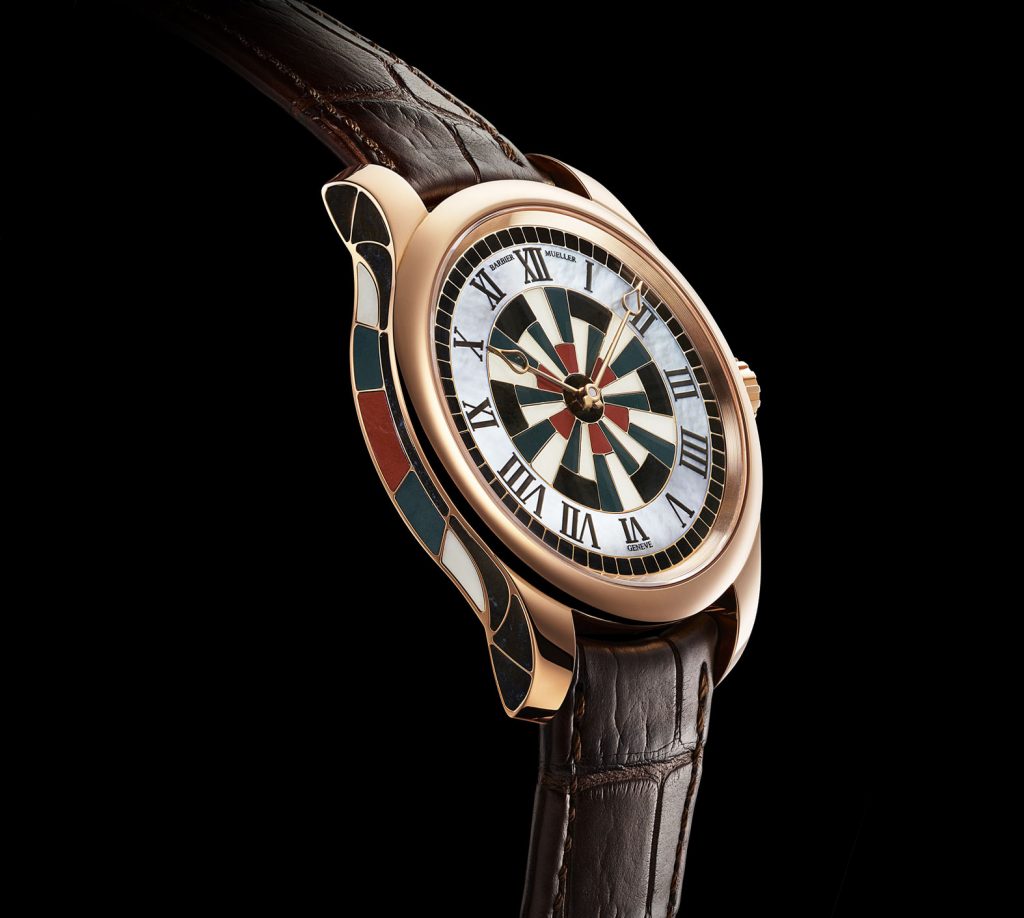 The 41 mm rose gold case is just perfect for dressy occasions and as for comfort, it sports fantastic chamfered edges on the lugs. The finishing is brilliant as one would expect with a rose gold case. The crown looks subtle enough and very much functional with supreme style. The symmetry of the case is perfect, very traditional yet modern, something that only a very talented watchmaker can accomplish. What we love about the case is its amazing backside. It features amazing colored jasper stones arranged in a manner akin to puzzling patterns. This also plays with light creating wonderful sheens and contrasts and one could safely say, it pretty much looks like a powerful protective talisman, for its price, it better be. The words ONLY WATCH and the number 7 are engraved on a small platinum disk at the center of the caseback, note that 7 pertains to the years of the OW auction project. 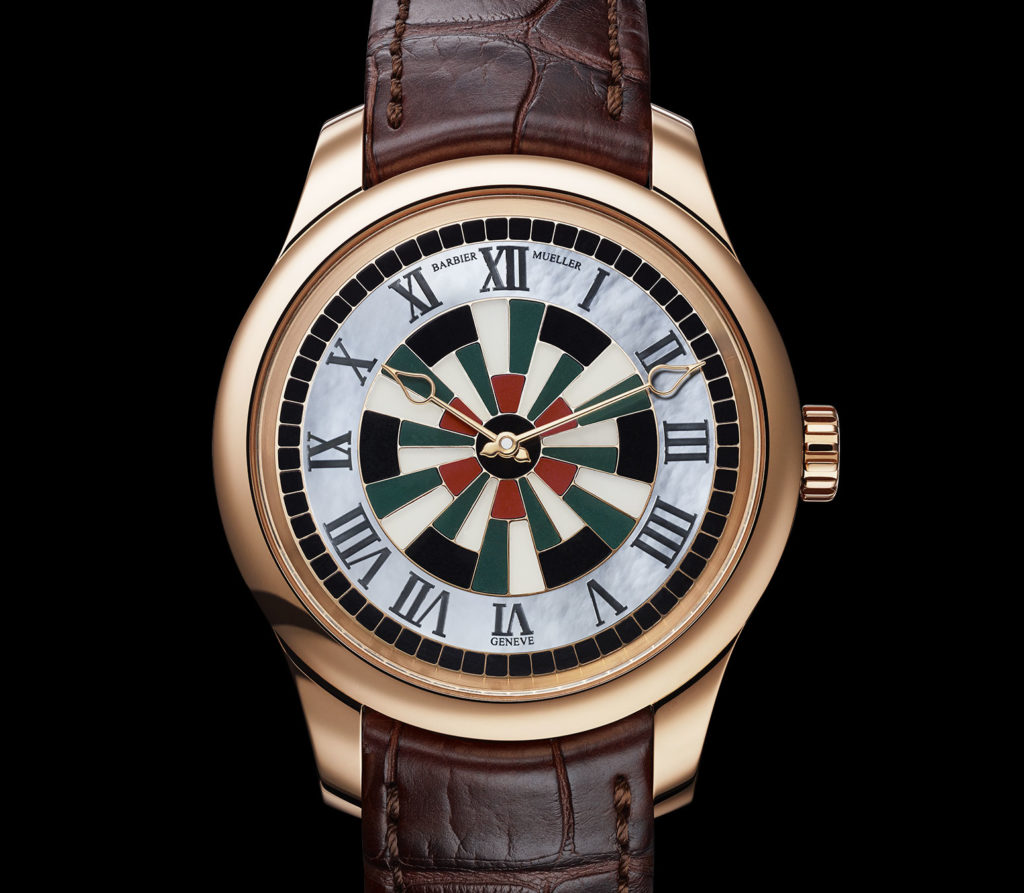 The decorated dial of the Mosaïque watch is splendid, again it is very traditional yet modern. The cloisonné motif made up of brick-colored, black, white, and green jasper stones appears to be subtle enough but boy, they are going to take your eyes off the time itself. This is classic and for the lack of words, a subtle time machine since it evokes the art of mosaics dating from the end of the fourth century B.C. The decorated motif is powerful especially when paired with large Roman numerals and elegant rose gold hands. Of course when it comes to legibility, it is OK, hence this is where function clashes with style. 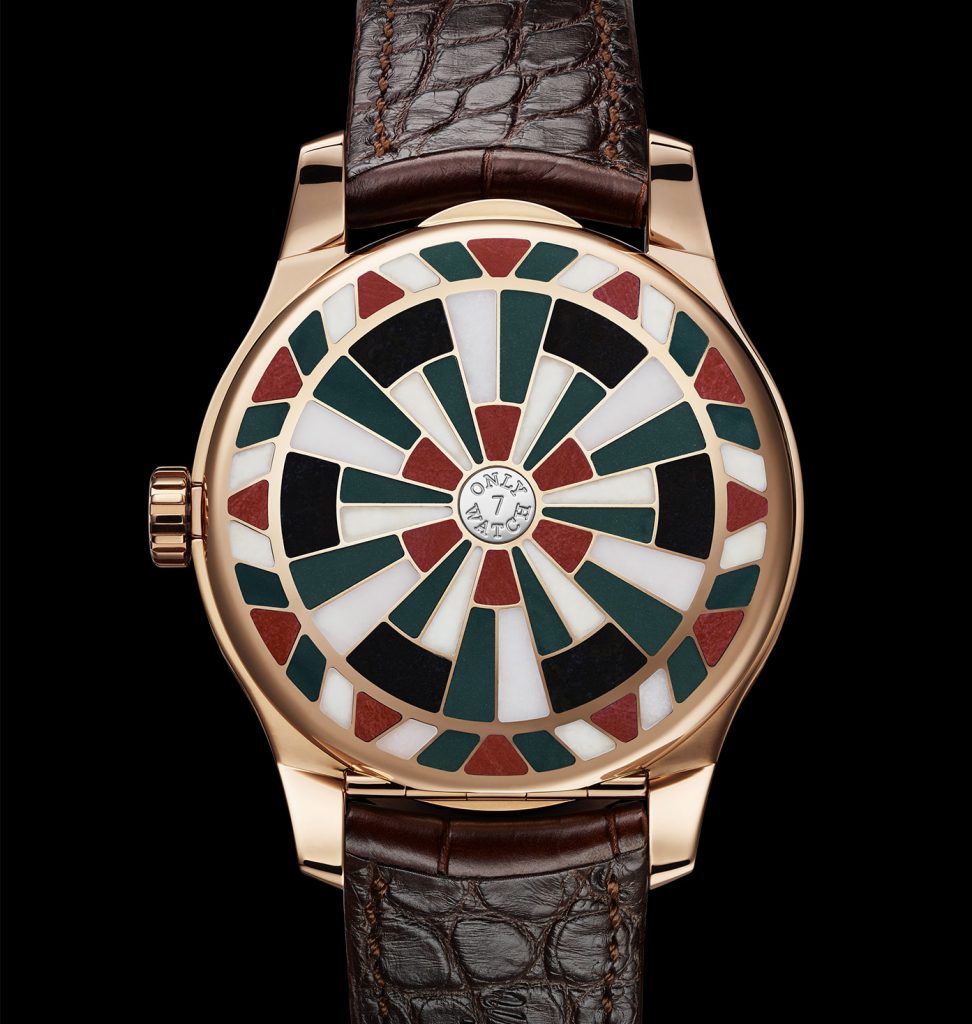 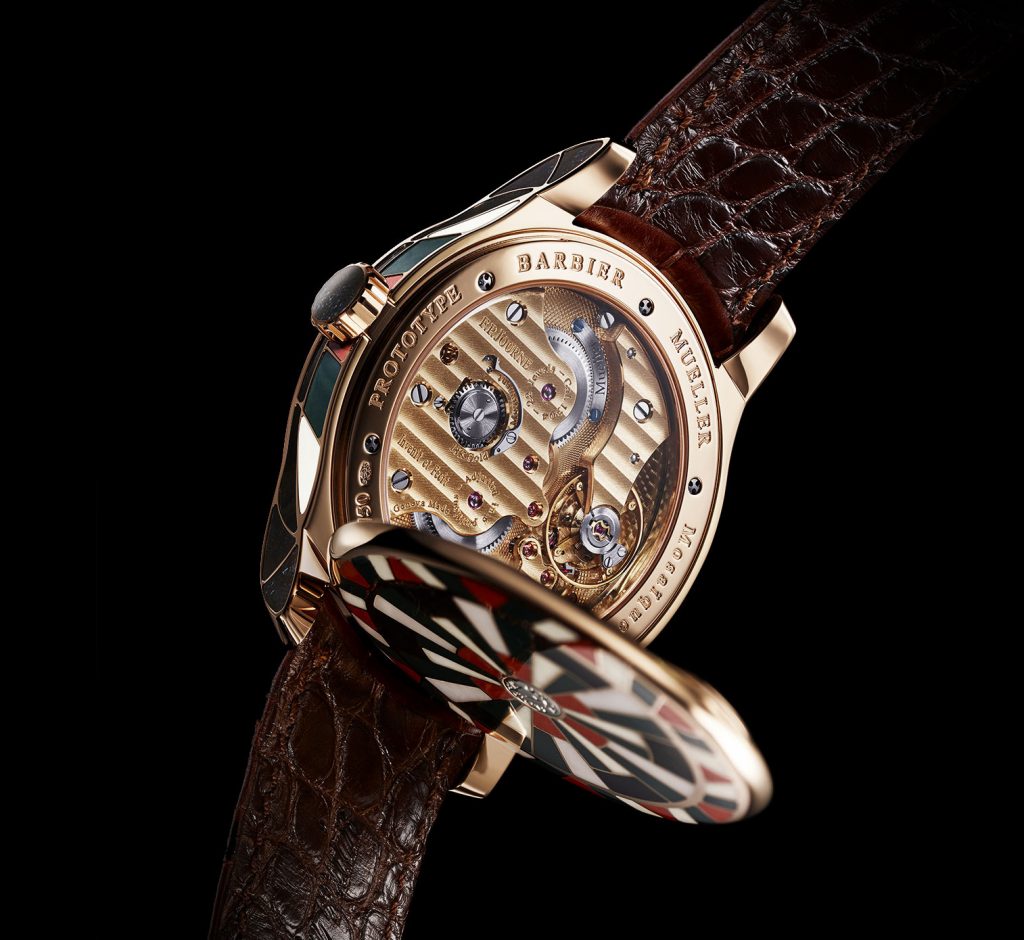 Powering the Mosaïque watch is the mechanical 18 ct. rose gold movement designed by the Genevan manufacture F.P.Journe – Invenit & Fecit, the calibre 1304 with central hour and minute indications. F.P.Journe is a big confirmation of the horological legitimacy of this exclusive watch which might be one of the reasons bidders would look into this. The beautiful movement is exhibited only when would like to see it, so much better.

The Mosaïque watch wears on either a brown or black crocodile straps featuring a rose gold deployant clasp with an engraving of the Sphinx logo on the ardillon. The watch is expected to net somewhere between 15,000 USD to 208,000 USD. The proceeds will certainly help fund the research for the Duchenne Muscular Dystrophy.