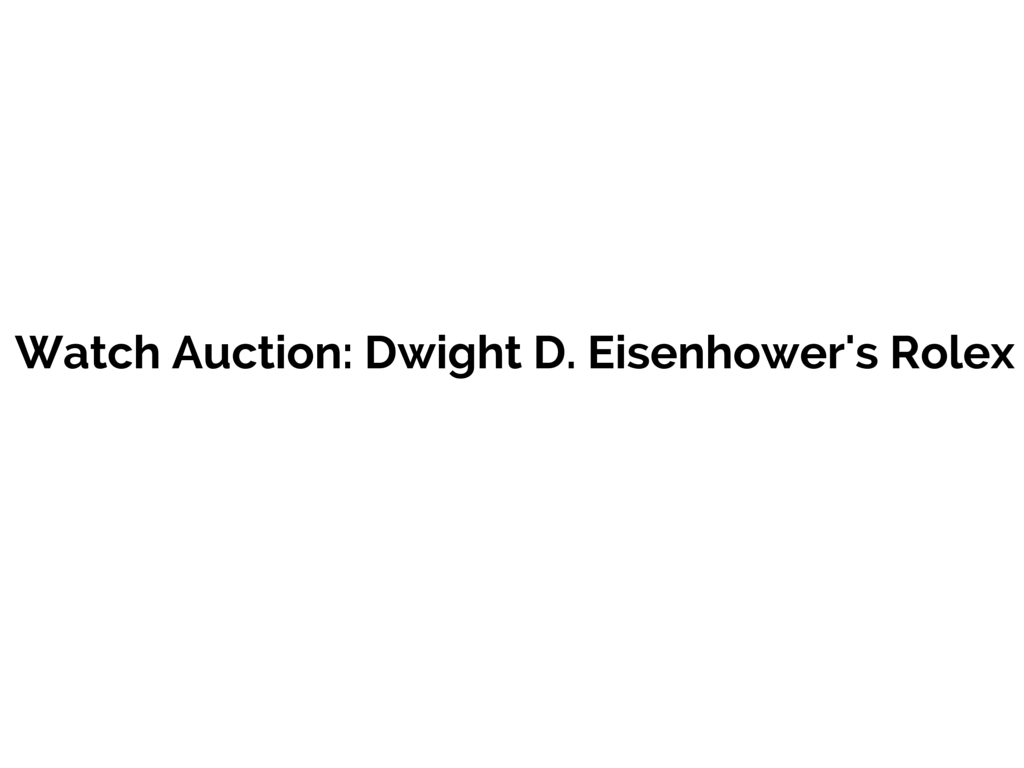 Recently announced to be going under the hammer is one of the most famed Rolex’s known to watch lovers, that belonging to Dwight D. Eisenhower. The 18K solid gold Datejust reference 6305 chronometer will go under the hammer on the 17th of September 2014 at the Omni Park House in Boston.

Dwight D. Eisenhower was a five-star general during WWII and was Supreme Commander of the Allied Forces in Europe.  After his tour of WWII, in 1951, became the first supreme commander of NATO. After his triumphs during and after WWII, he ran for the presidency in America and won by a landslide vote becoming the President of the United States.

Rolex gave the iconic Datejust to Eisenhower during his time as General in WWII for his services during that hard period but also to celebrate their 150,000th watch to obtain ‘Official Chronometer’ certification. The watch was crafted in Switzerland by master craftsmen, with a request that Eisenhower’s initials DDE be engraved on the caseback and on the clasp.  Also incorporated into the caseback are the markings of a five-star general and also the date 12-19-1950. What is intriguing however is that the dial was upgraded from the original 1950’s model to a more upgraded silver dial made of tritium that was put into use in the 1960’s. This is clearly visible when you examine the watch just under 6 o’clock where Rolex has used the T SWISS T marking to signify the new updated dial.

The funny side, however, is the documentation that accompanies this historic piece. Apparently, according to documents, the Rolex’s red-letter date was hard for Eisenhower to read and as a result, Rolex changed the crystal to a new developed ‘Cyclops’ crystal to help him with legibility.

Eisenhower’s Rolex Datejust is of significant importance to both historians and watch collectors who would love to get their hands on this great piece of history. The bidding we are told will start at $100,000. For more info, please visit rrauction.com