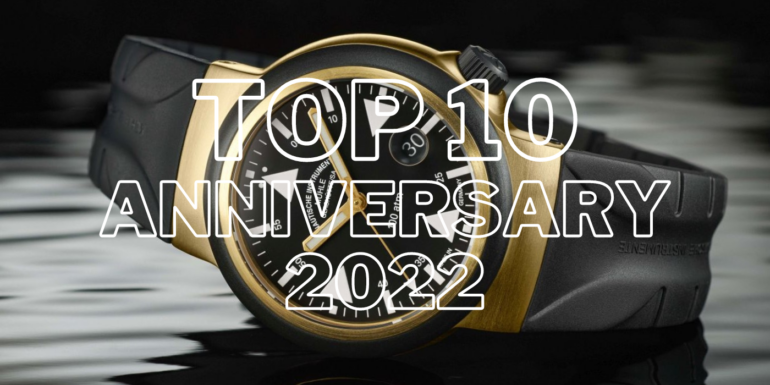 WristReview reflects back to 2022 for all the commemorative releases.

2022 was a phenomenal year for horology. The year saw a plethora of watch releases in all shapes and forms. Some of the best watches of 2022 have already been presented here at Wristreview in our Top 10 Watches of 2022 special feature recently. Additionally, the year witnessed a number of watch releases that were significant in their history. Whether it be the anniversary of a model, a line of watches, or even a case. Perhaps it was the unusually high number of anniversary watch releases that year, or perhaps the sheer volume of watches made that statistic possible, given that Swiss watch exports peaked at an all-time high in November of last year. Regardless, here at Wristreview, we love to break down everything horology so that we may savor that horological pie piece by piece while looking back at one specific area of watchmaking. In this case, the watch releases that, in some way, celebrated an anniversary in their history 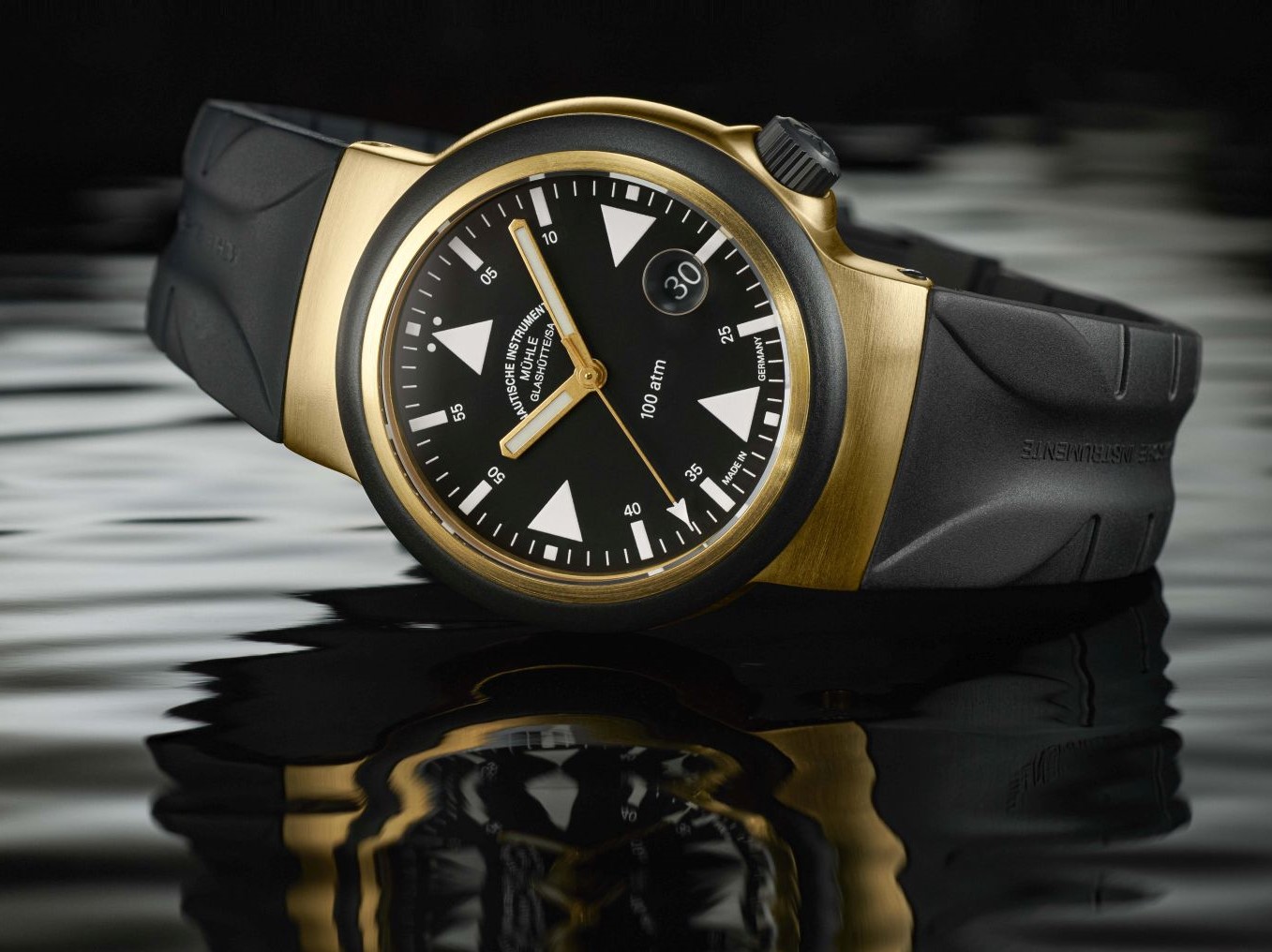 The S.A.R. Rescue-Timer and sea rescuers commemorated their 20th anniversary in 2022 with a watch that was made in order to accompany sea rescues that assist sailors in distress. The German Society for the Rescue of Shipwrecked Persons’ foremen received the first S.A.R Rescue-Timer in February 2002 (DGzRS). Together with them, the watch was created, and ever since, it has had to hold up in the demanding world of maritime rescue. Early in 2022, Mühle Glashütte issued a limited-edition solid gold S.A.R Rescue-Timer to commemorate the 20th anniversary of this affiliation. 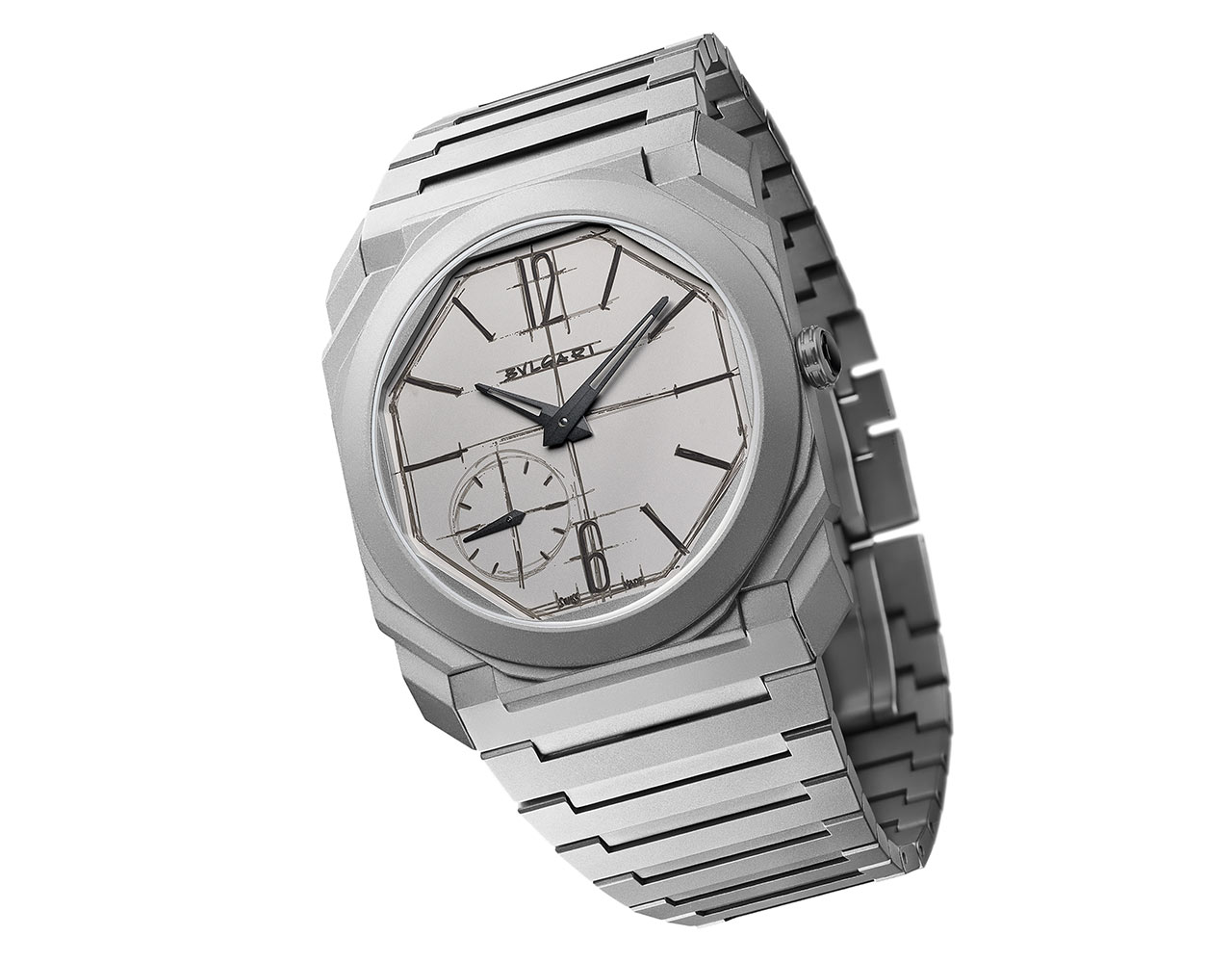 Many regard Bulgari Octo Finissimo as the stepchild of the Gerald Genta family and overshadowed by Genta’s more popular brothers the Nautilus and Royal Oak, but Octo Finissimo has since its debut, paved its own way and steered itself to acclaim and recognition. While the Royal Oak and Nautilus exude a bold, macular charm, the Octo Finissimo counterpoints the design with a slim profile, giving the design a sophisticated elegance. To mark the 10th anniversary of the iconic model, Bulgari released a duo of watches that have dials that recreate the original design sketches from Fabrizio Buonamassa, the Product Creation Executive Director. All of that is in a thin 5.15mm and 6.9mm size profile. 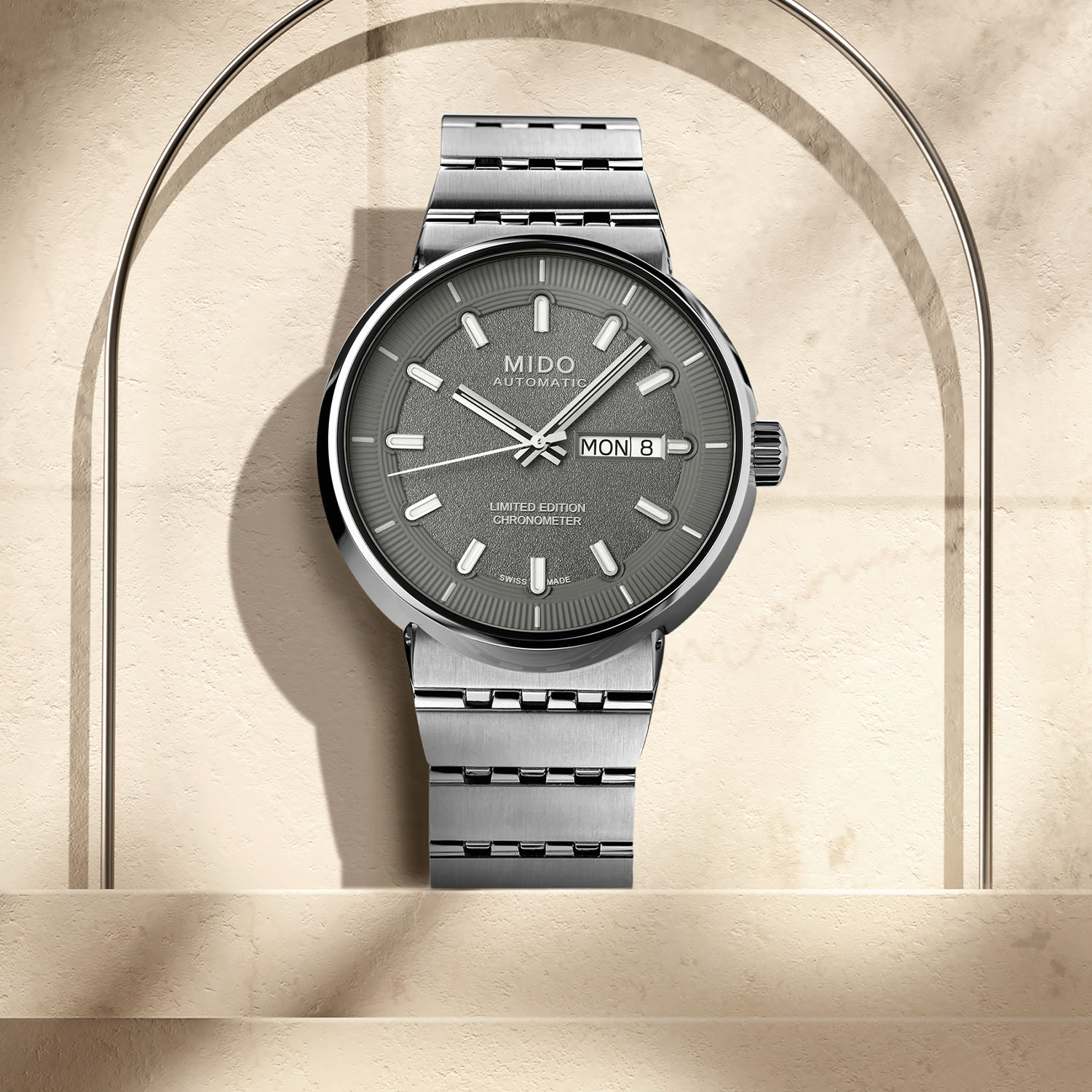 A novel bezel-free watch design inspired by architecture, the Mido “All Dial” line debuted in 2002. Mido celebrated its 20th anniversary in 2022, and to mark the occasion, the company unveiled five brand-new limited edition Mido “All Dial” watches. This time, the magnificent Colosseum in Rome served as its chief source of inspiration, and the current model perfectly encapsulated this historic building’s architectural splendor. The Colosseum is shown from above on the watch’s multi-layered face, which was inspired by gray concrete. Mido uses a thick chapter ring around the outside, which is masterfully built using flat grooves on the top and a slanting slope with circular grooves inside. This resembles an amphitheater’s seating layout. That 42mm watch also boasted a COSC-certified movement. 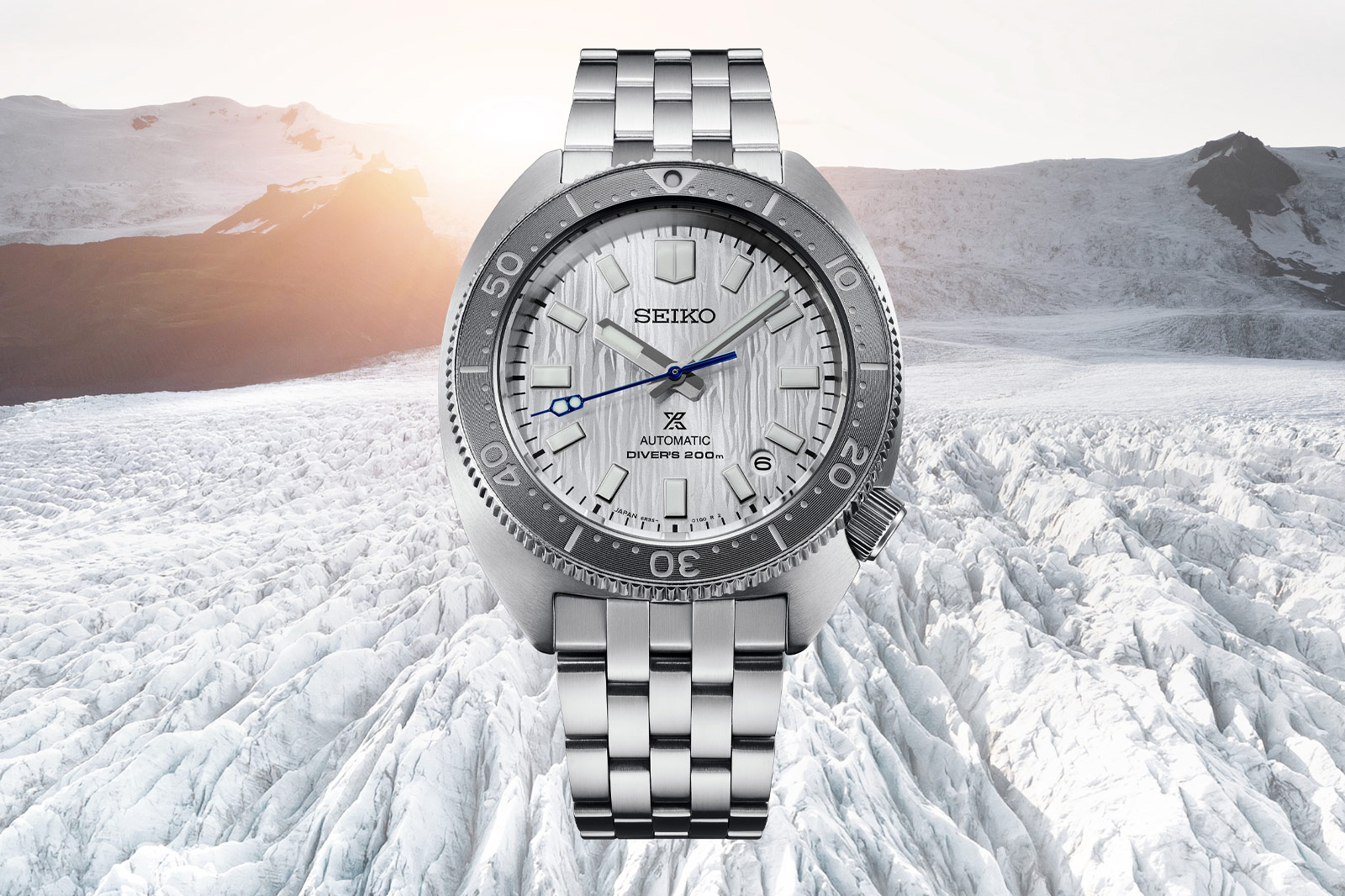 In 1913, Japan’s very first wristwatch was created by Seiko. It was named ‘Laurel’. Honoring the longstanding history of Seiko watches and commemorating the 110th anniversary of the inaugural Seiko wristwatch, the Japanese brand released a 5000 limited edition model in the form of Seiko Prospex Glacier ‘Save The Ocean’ 110th-anniversary edition SPB333. The design of the watch was inspired by the ice of Antarctica. Owing to its distinctive case design, Seiko aficionados have given this watch the moniker “turtle” because of how a turtle-shaped shell can be seen from the watch’s contour, side view, and case back. Seiko’s cutting-edge automatic Caliber 6R35 powers this 110th-anniversary model. 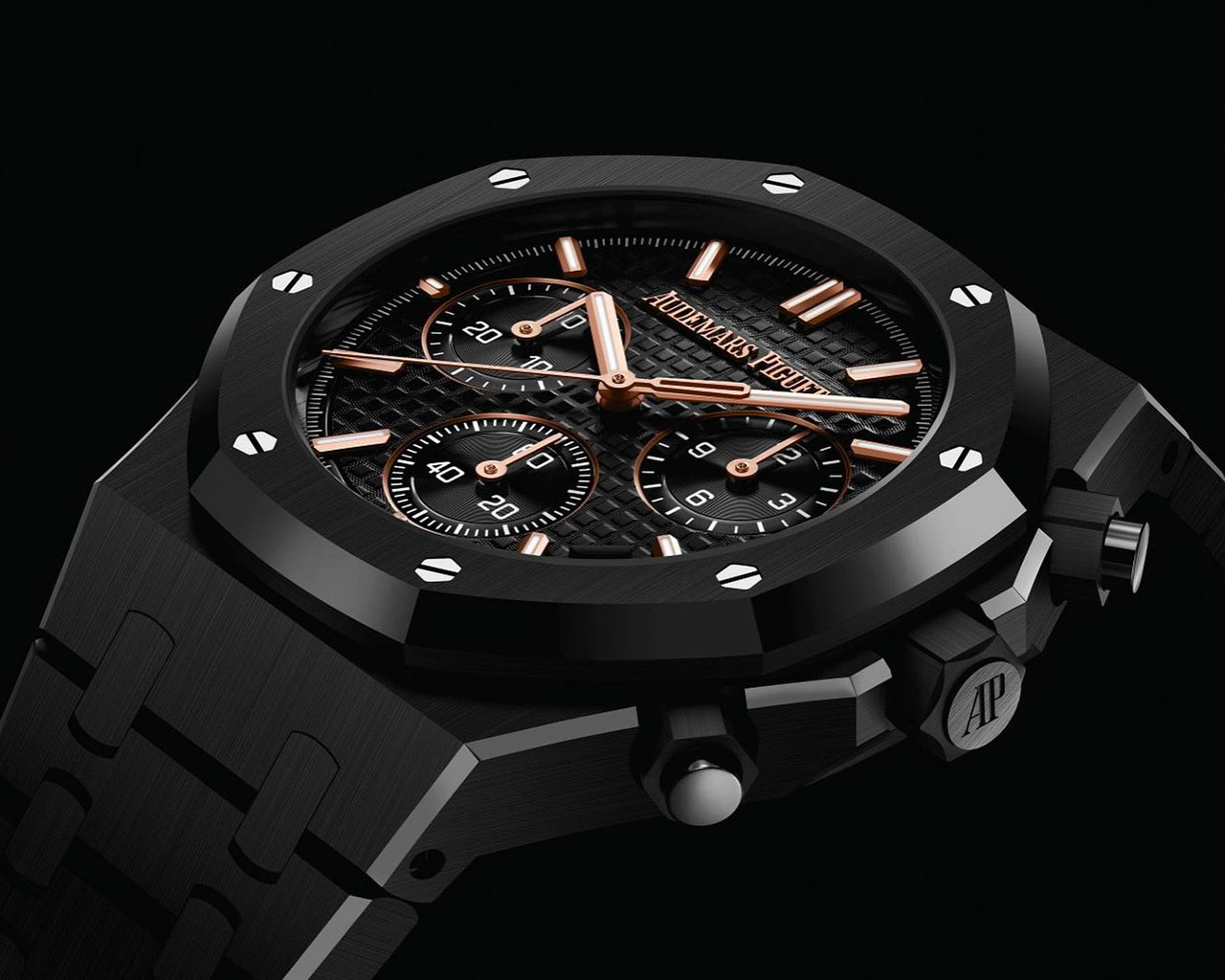 There are naught but only a handful of watches that can claim to have made a significant impact on horology as did the Audemars Piguet Royal. The date was April 15, 1972, and on that fruitful day 50 years ago, Georges Golay, the head of Audemars Piguet at the time, presented a watch that would have such an influence on the field of horology that, 50 years later, it is still one of the most coveted timepieces to have ever graced mankind. Audemars Piguet released a slew of watches that marked that historic moment in time. The one that stood out among them was the one made in black ceramic and came in the 41mm x 12.4mm case. With the case and bracelet in black ceramic and gold detailing over a black grande tapisserie dial, it was truly a treat for the eyes. 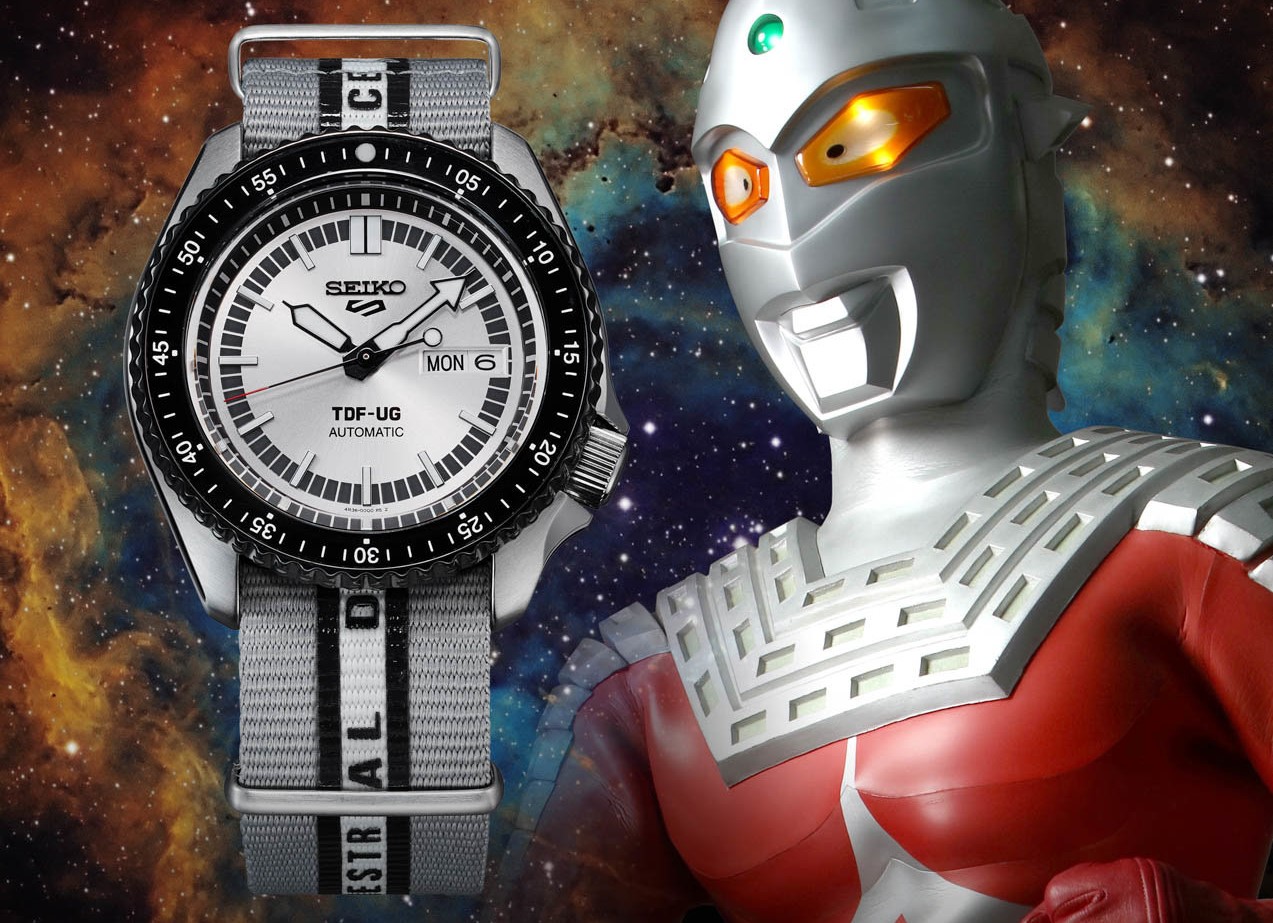 While 2022 was a fruitful year for watchmaking, it also had its fair share of watch collaborations. Ultraseven is a Japanese tokusatsu science fiction television series and 2022 was the year when the series celebrated its 55th anniversary. Seiko joined forces with Ultraman to create a new Seiko 5 Sports watch with the heavy influences of Ultraman in its design. The watch pays homage to the original Seiko 5 Sports timepiece, which made its debut in 1968, the following year Ultraseven was originally broadcasted. It has the colors and style elements of the Ultra Guard task force from the series, and printed on the fabric strap are the words “Terrestrial Defense Force”. 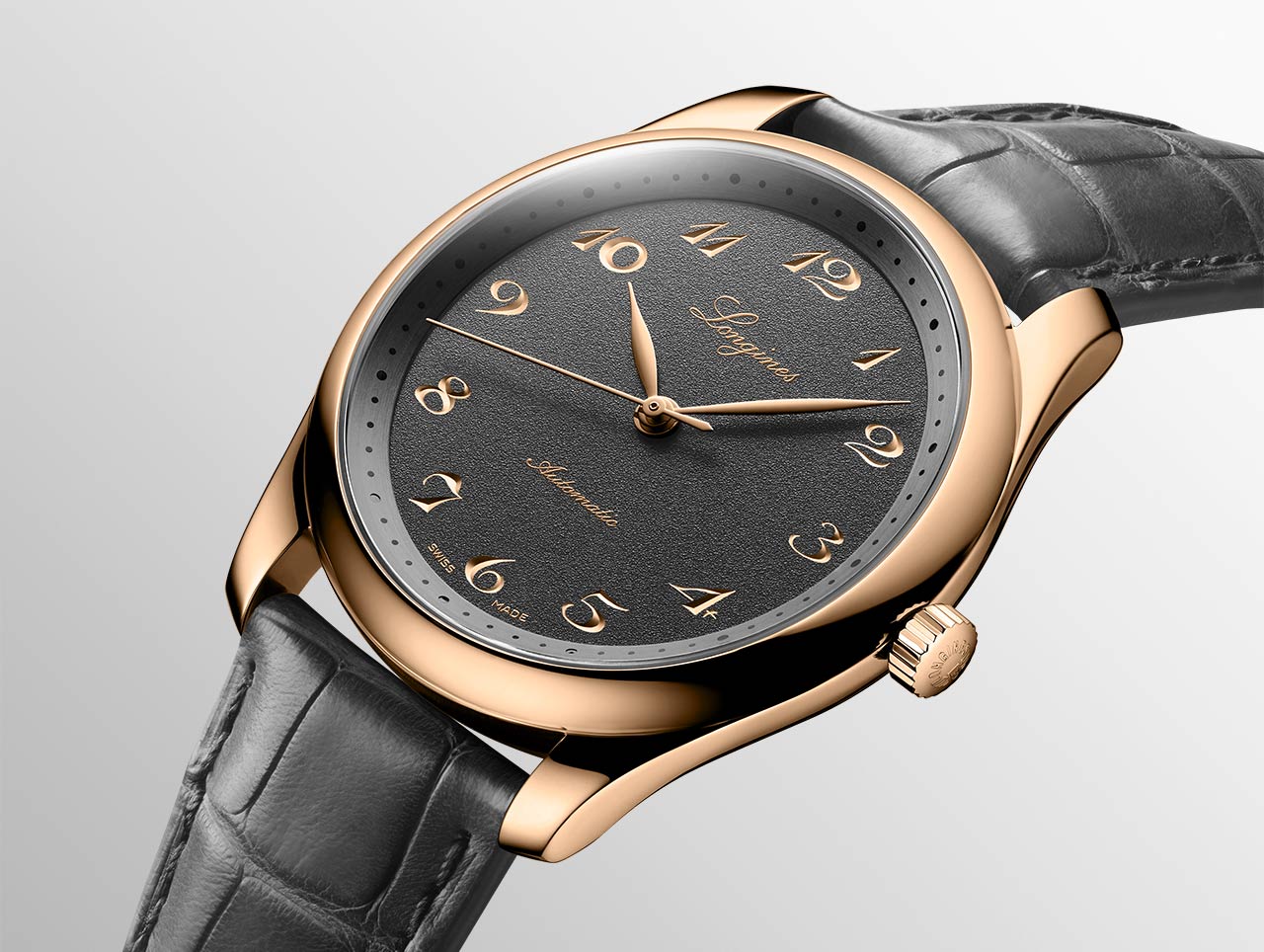 For nearly two centuries, Longines has enjoyed a long and prosperous presence in the watchmaking culture. Founded in Saint-Imier in 1832 by Auguste Agassiz, that past year served as a milestone for the Swiss brand as it was the brand’s 190th anniversary. For this historic event, Longines released three variations of the Master Collection as part of the 190th Anniversary edition collection to honor that milestone event. The new Master Collection models were made available in stainless steel, 18k rose gold, and 18k yellow gold and all three dials featured three different textures, namely sandblasted silver, grained anthracite, and brushed gray respectively. 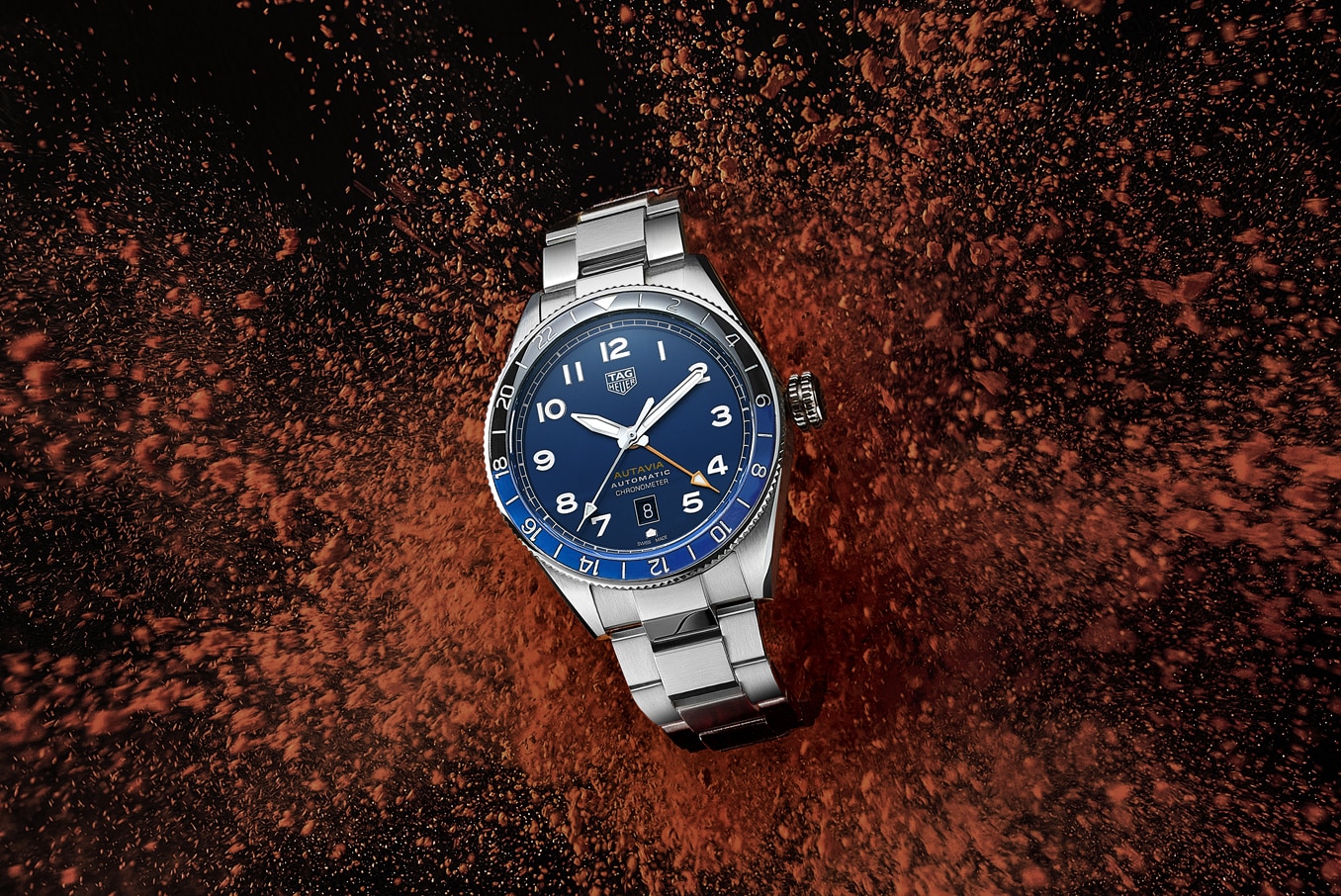 Autavia is the oldest watch from the watchmaking brand TAG Heuer. Originally, the Autavia name was associated with instrumental gauges used by Tag Heuer in airplanes and rally cars. However, 1962 was the year when Tag Heuer’s honorary chairman president Jack Heuer brought the Autavia from the instrument role to the wrists. TAG Heuer celebrated its 60th anniversary with the release of the Autavia Chronometer Flyback, following it up with Autavia GMT 3 Hands. It is the first-ever three-hand GMT within the Autavia collection, presented in a 42 mm stainless steel case and powered by the automatically-wound Caliber 7. 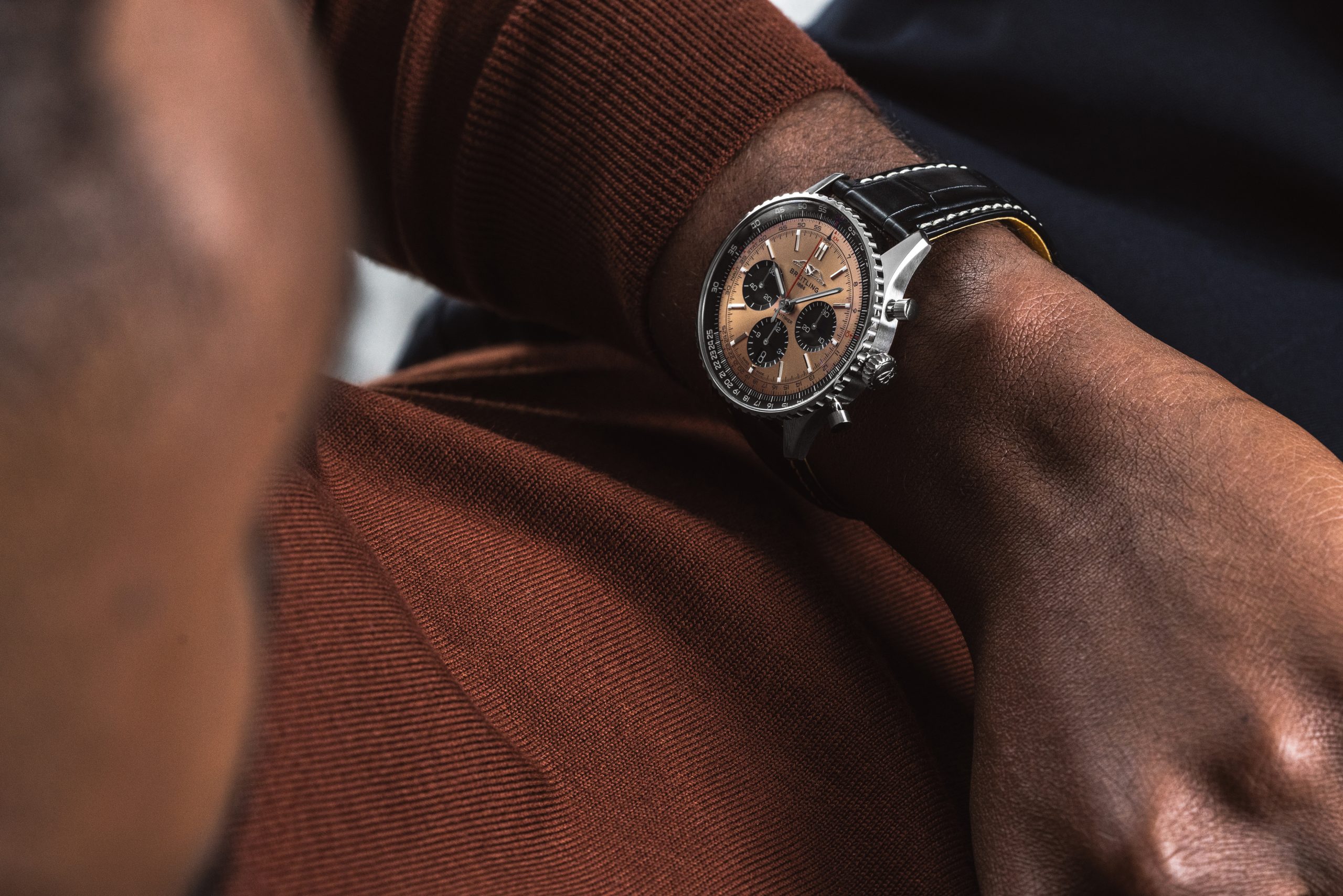 Breitling unveiled a hefty collection of Navitimer B01 Chronograph watches in different sizes and dial colors for the 70th anniversary of the line last year. The tour de force unveiling introduced us to a healthy array of dial options as well as three different sizes, 41 mm, 43 mm, and 46 mm for the 70th Anniversary Navitimer collection. With the domed sapphire crystal and flattened slide rule bezel, the AOPA wings logo also made its return to create a feeling of nostalgia. The watches came in two case materials, stainless steel or 18K red gold. All in all, there are 28 references with variations in size, case material and dial.

Before jumping straight down to the number 1 entry, let’s take a look at the two honorable mentions: 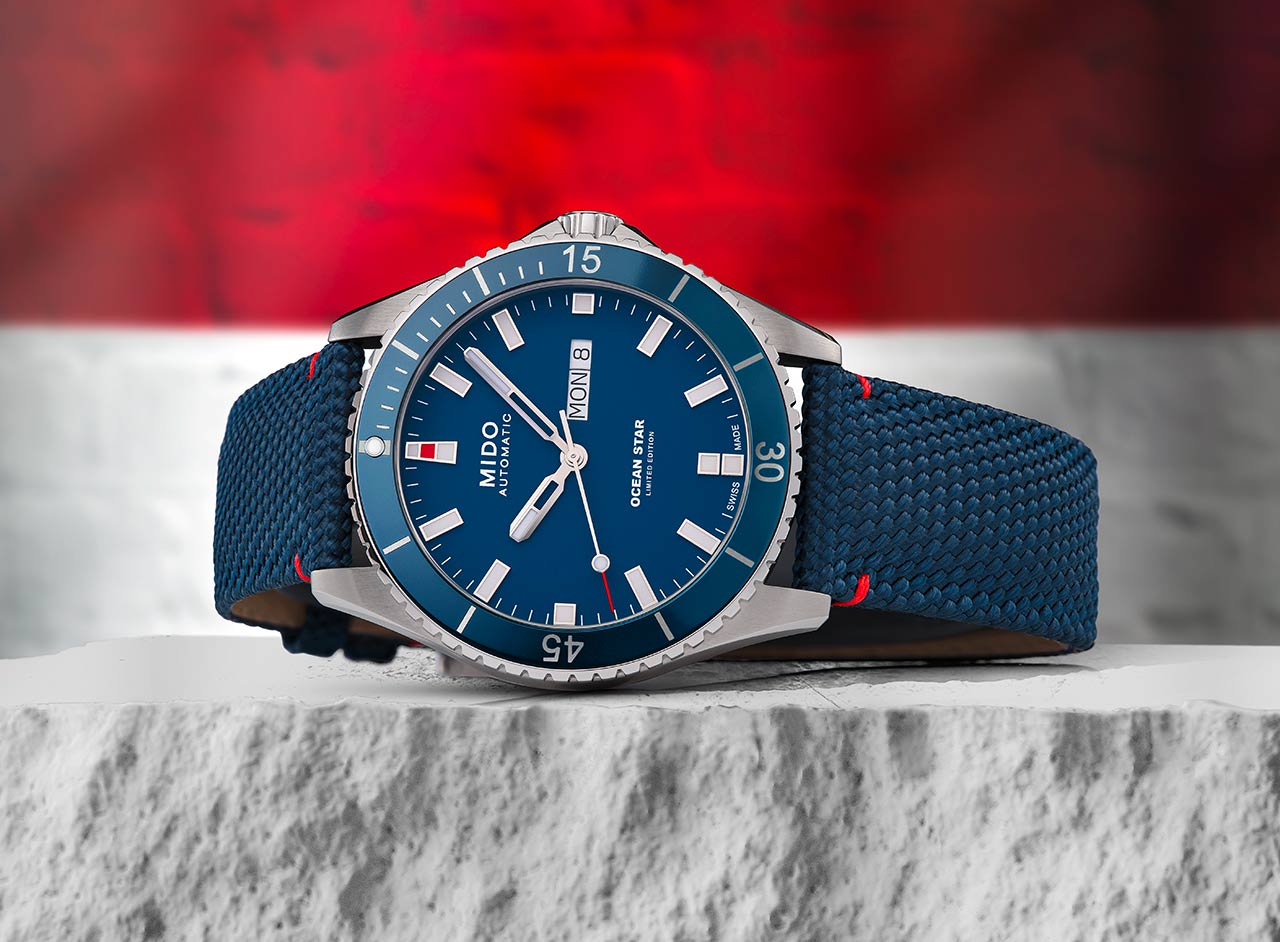 As part of the All Dial 20th Anniversary, Mido released the All Dial 20th Anniversary edition which I already highlighted at #8 in the list. The updated version of All Dial came later the year, it came in a series of five limited edition watches that referenced the iconic architectures. One of the ones was Mido Ocean Star, which referenced the architecture of Europa Point Lighthouse. It might’ve been on the list had the original All Dial commemoration model not been already covered by the list. 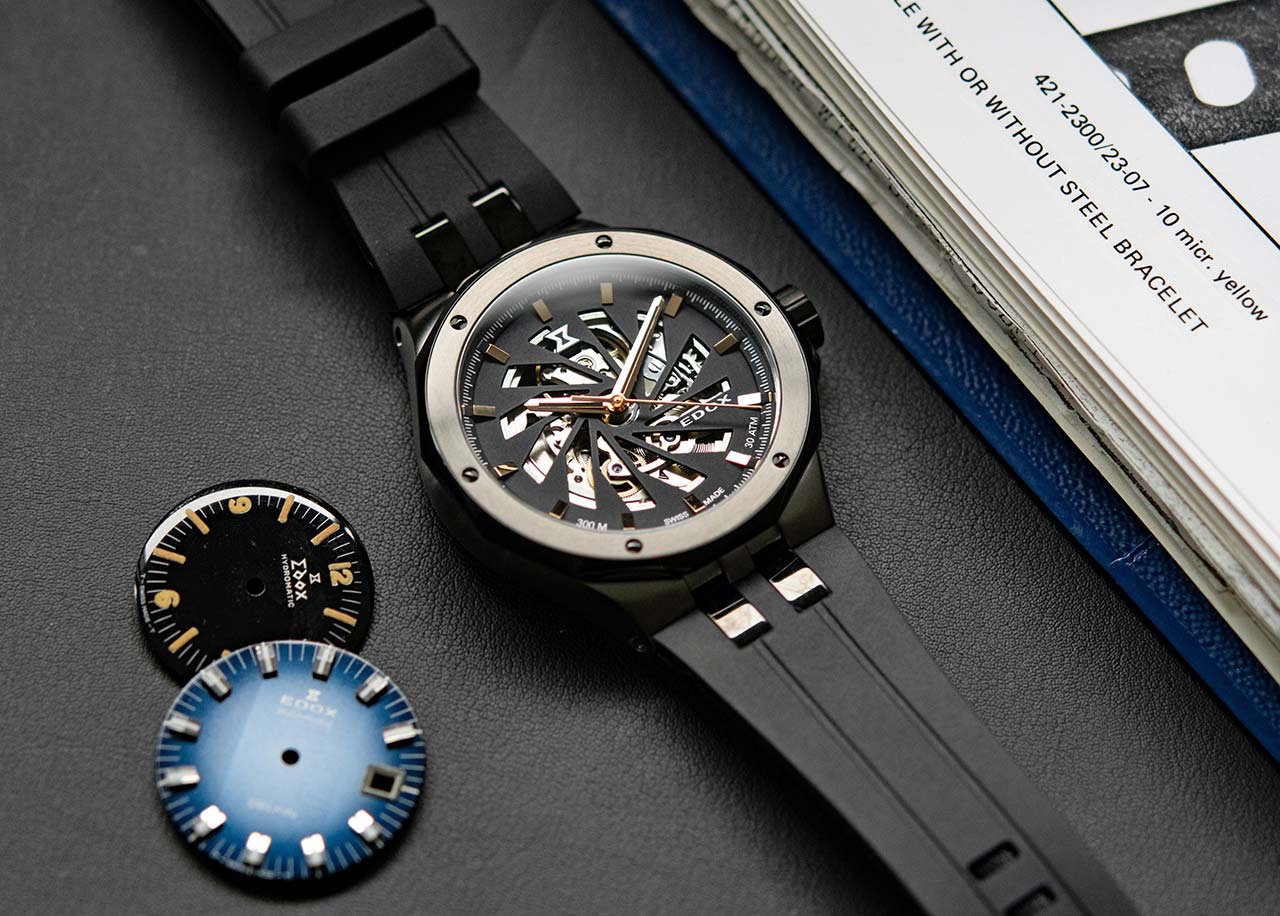 The other honorable mention must go to the Edox Delfin Mecano watch, which also celebrated its 60th anniversary in 2022. It boasted a uniquely creative open-worked dial designed by the team behind Edox. What’s also commendable is that the legibility of the watch didn’t suffer at all in spite of being a skeletonized dial. It’s a solid dive watch with a futuristic design, and it came in a limited edition run of 600 pieces. 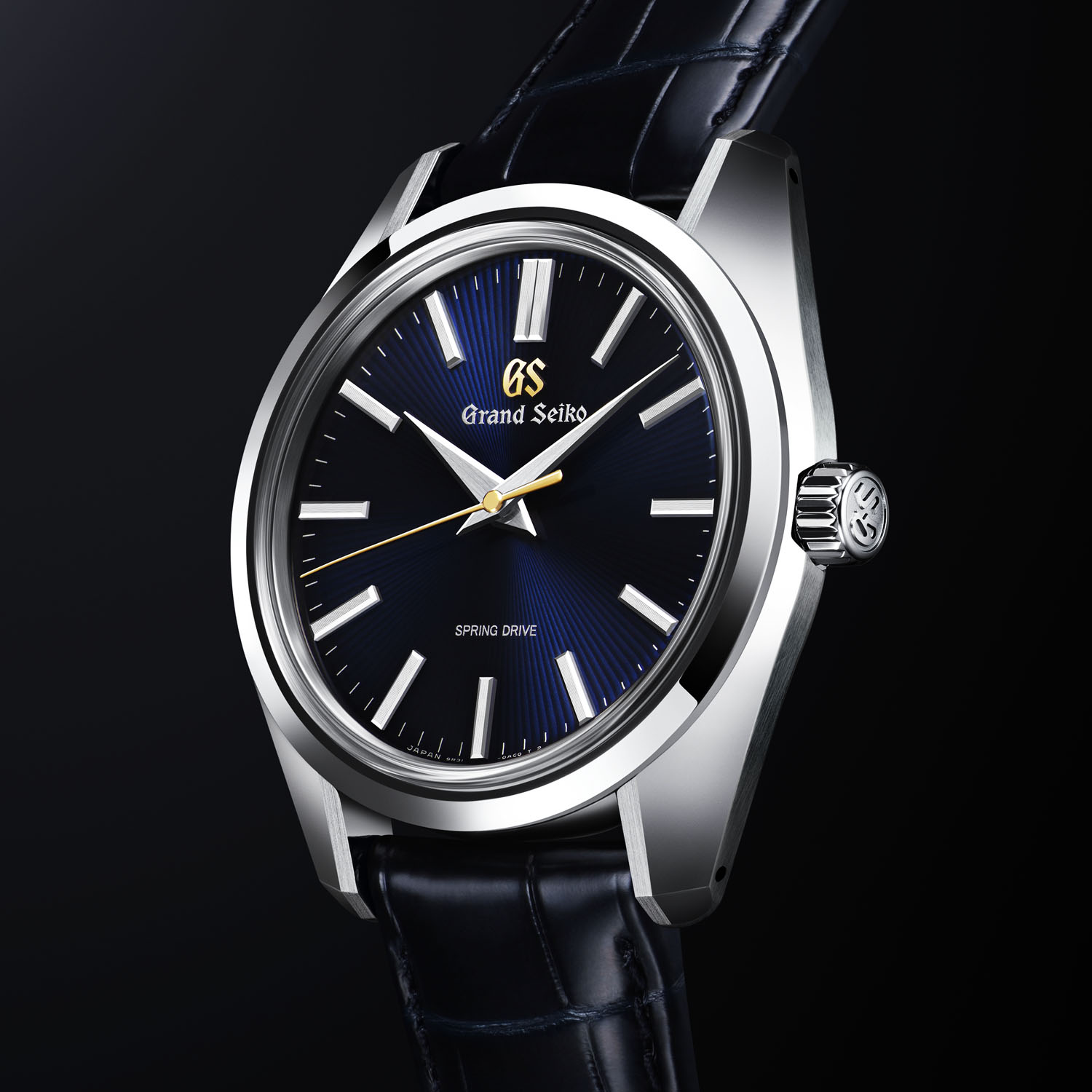 There you have it folks, the top 10 timepieces that marked some form of anniversary. As always, it was fun to compile the list. Whether you agree or disagree, please share your thoughts in the comments section below. As even more so than writing about watches, your ideas and opinions are highly perceptive and enlightening.