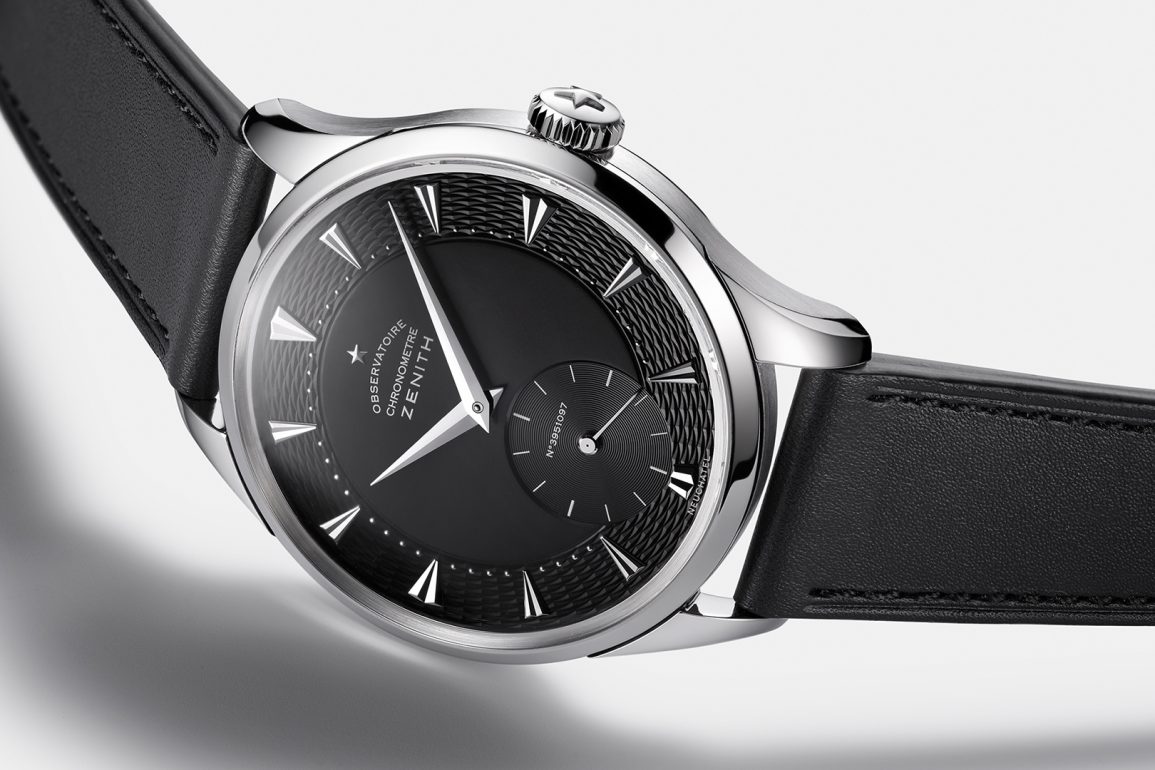 Zenith gives us one of the best-looking history lessons we've seen in a long time.

Back in the mid-20th century, many manufacturers of watches were competing in competitions to make the most accurate mechanical watches around. Called Observatory Trials, watches would be tested to see if they met the requirements needed for a chronometer certificate. These watches would be sent off to observatories in places like Geneva and Neuchatel in Switzerland, Besancon in France and Kew in the United Kingdom. Eventually, manufacturers would make it into a competition to see who could make the most accurate chronometer watch they could, because of course they did. These trials were more demanding than the COSC Chronometer specification and would generally last between 40 and 50 days. The watchmakers would have teams dedicated to fine-tuning the movements in the lead up to the competition. Companies that are very well-known for their observatory-grade movements include Peseaux, Longines and Seiko. 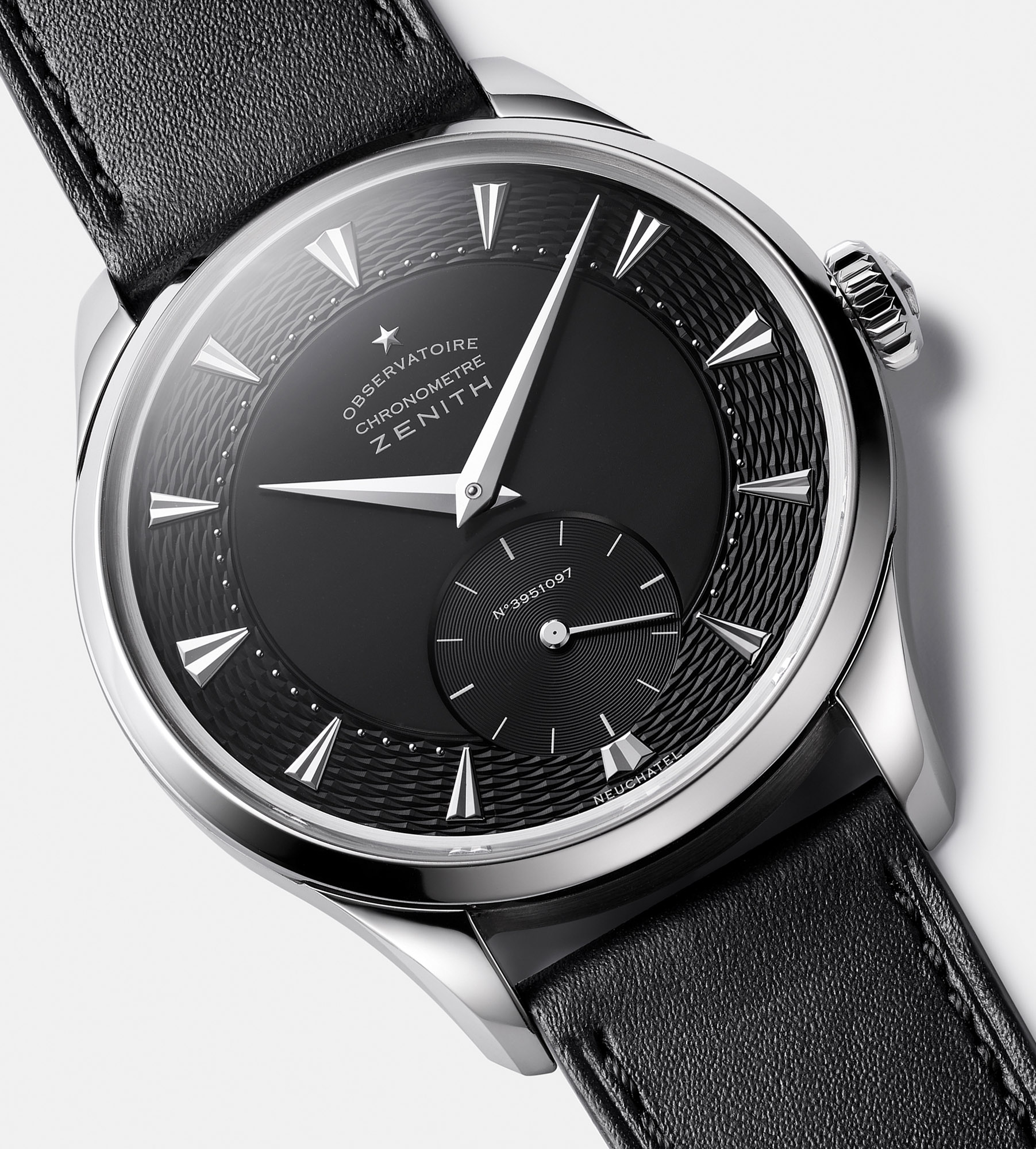 Another big name was Zenith, which is launching a new watch using some of these historical movements. In partnership with Bacs & Russo and Kari Voutilainen, Zenith has released an extremely limited run of dress watches using prize-winning Observatory movements, which have been refurbished and decorated by none other than Kari Voutilainen. 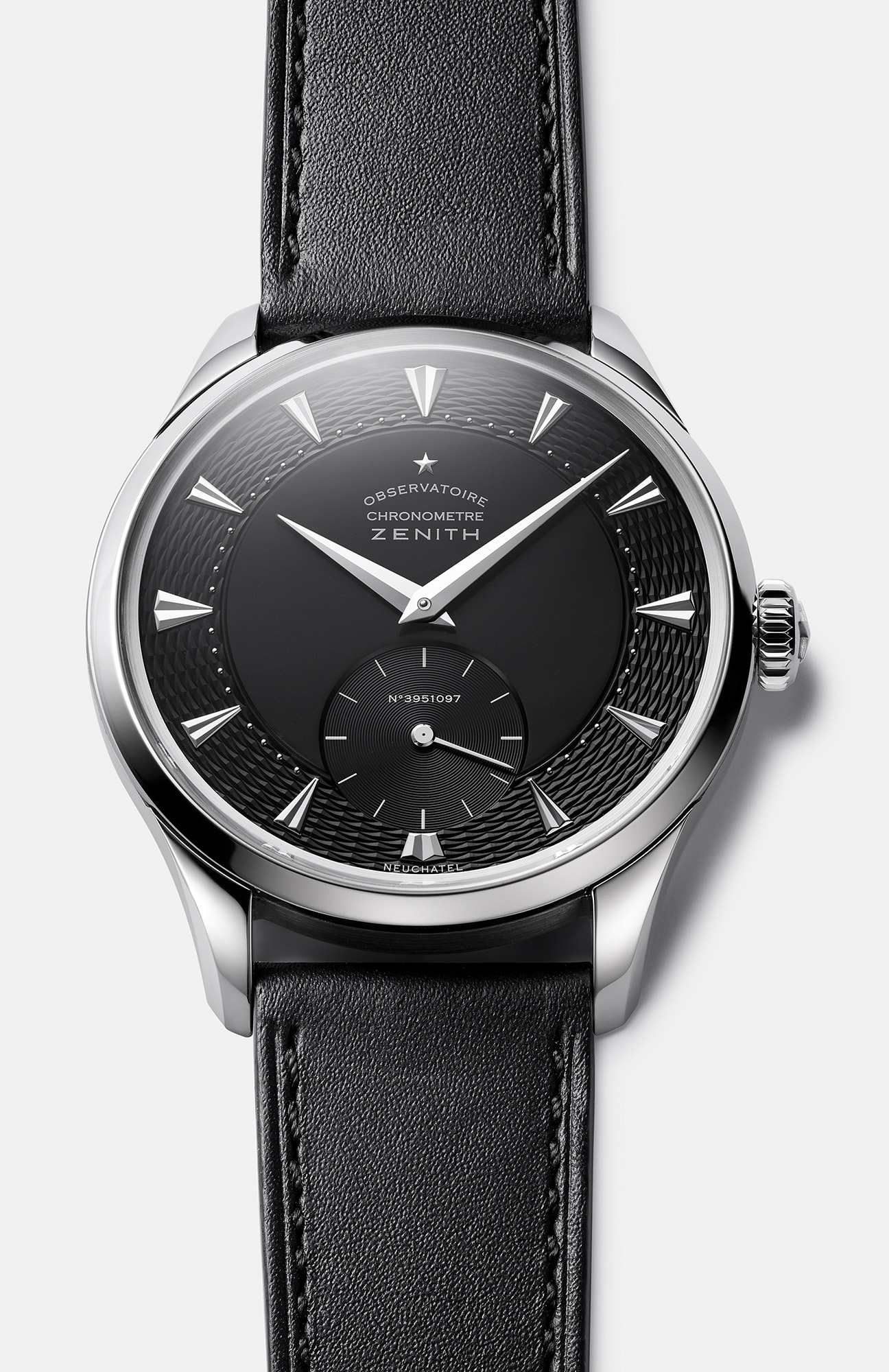 Zenith’s historical issues are a bit weird. A well-informed fan will know that staff hid designs and tooling in the factory’s attic when the company was forced to close, using these to begin building watches again when the Zenith name returned. It’s odd that they just so happened to “rustle up” ten prize-winning movements when they could have done this years ago. Maybe they forgot to look under the sink? 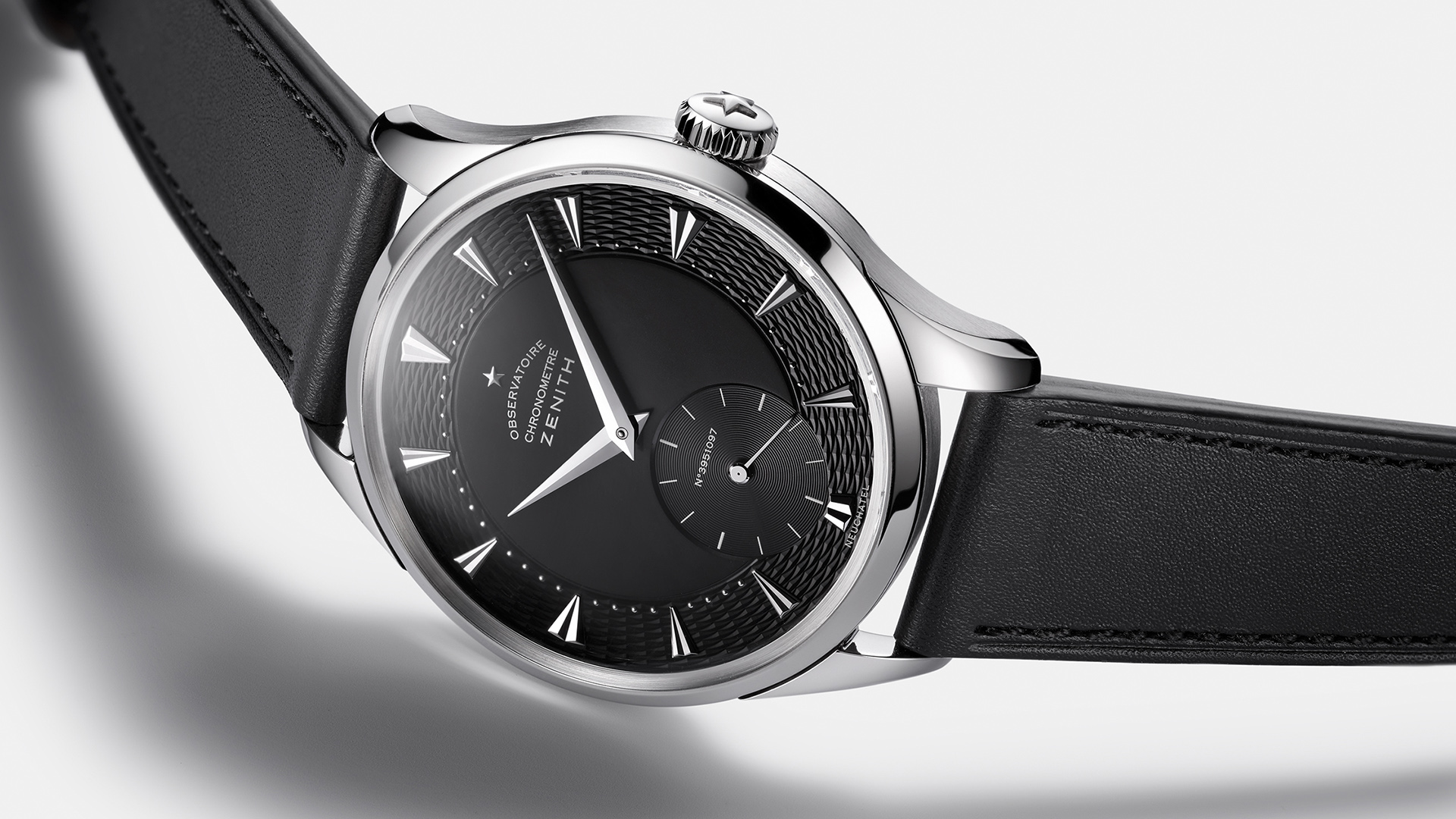 Regardless, what you see here is a classy dress watch with a black guilloche dial. The dial was made for the watch in Kari Voutilainen’s workshop and harkens back to dress watches of the 1950s while still being modern. The rhodium-plated German silver markings are inspired by watches from the 1950s too. Below the applied star logo are the words Observatoire Chronometre Zenith to denote the observatory movement inside. The numbering in the sub-seconds dial is the movement’s number, and the watch pays tribute to the movement’s history by replacing “Swiss Made” with “Neuchatel” at the bottom of the dial. Neuchatel held most of the chronometry competitions that Zenith won.

Speaking of winning, the movement inside this watch is arguably the most important. Back in the day, Zenith made two versions of the calibre 135. One of these went on sale in Zenith’s regular watches, but the other version, the 135-O, was reserved for use in the chronometer competitions. These movements won over 200 awards for their accuracy, including a four-year stint as the most accurate mechanical watch movements at the competition from 1950 to 1954. 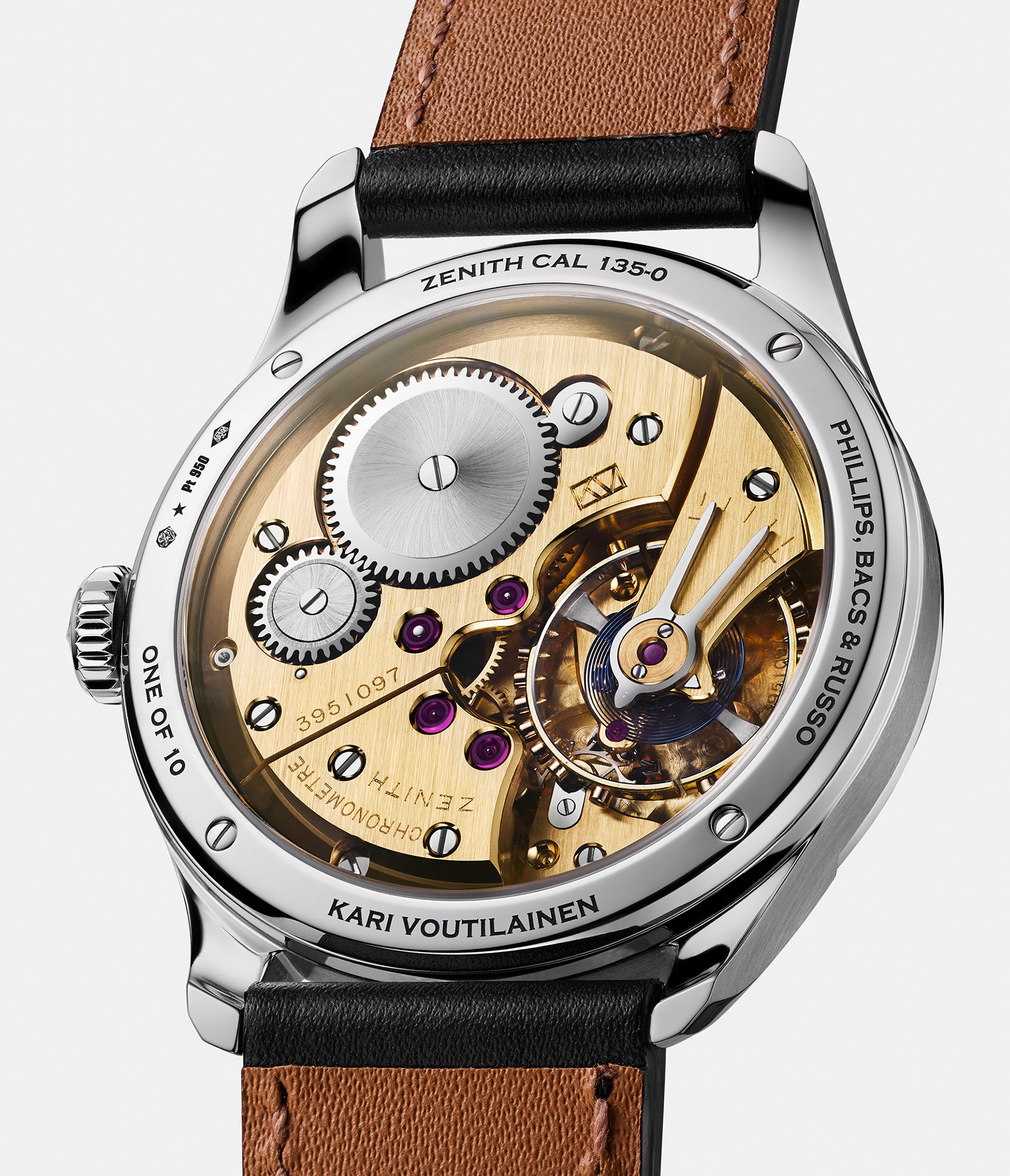 Being thoroughbred movements made exclusively for winning competitions, they weren’t much to look at. To remedy this situation, the partners Zenith and Bacs & Russo called upon Kari Voutilainen to disassemble painstakingly, clean, decorate and reassemble each movement. Being one of the world’s finest watchmakers, it’s unsurprising that he was the man for the job. Voutilainen improved nearly everything on these watches to ensure they’d delight the new owner. The only thing he didn’t change was the regulation performed on the watches by Charles Fleck and Rene Gygax, Zenith’s premiere watch tuners (called chronometriers) back in the 1950s. Voutilainen said the reason for this was that it wasn’t his duty to change the setting made by the watchmakers of the past, who were the finest at what they did. Touching. For those interested, these run at 2.5Hz for around 40-hours between rewinds.

Each of these award-winning movements is set in a 38mm x 10.35mm platinum case with a black leather strap. Each watch costs CHF132,000 and is available exclusively from Phillips.