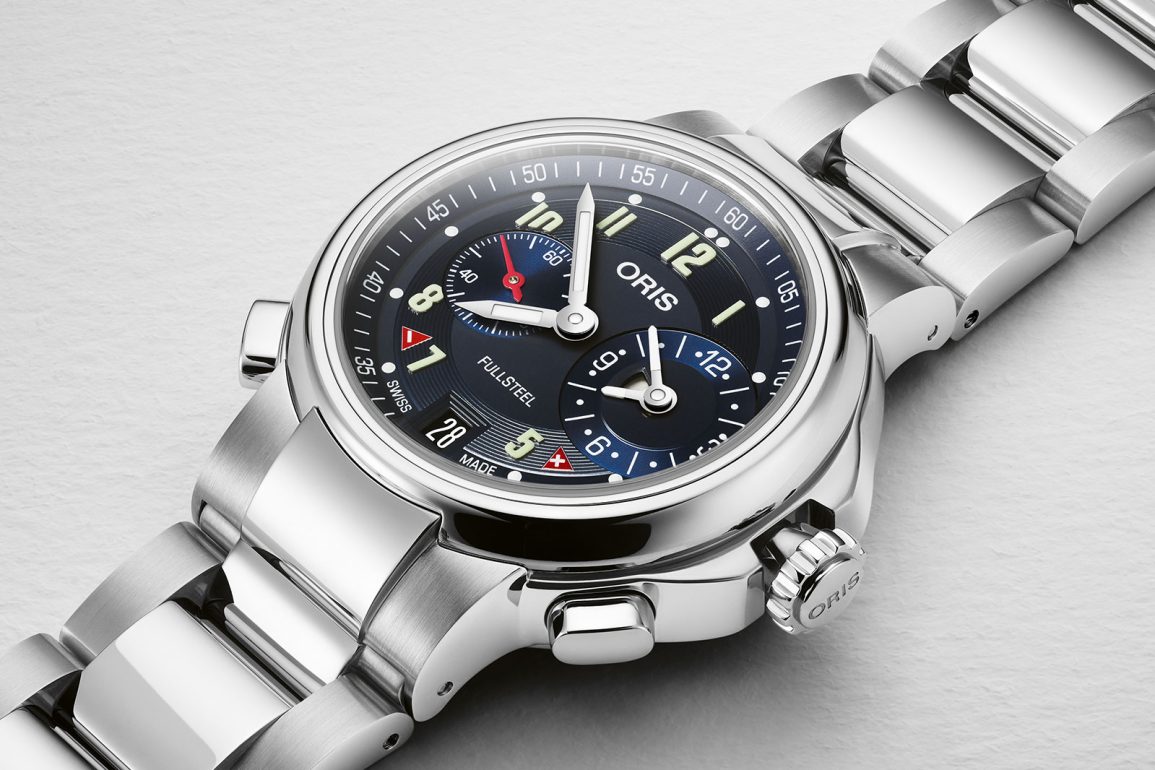 Here is the new Hölstein Edition 2022 Full Steel Revival watch, Oris’ latest annual special edition. Like the last ones, this was launched at the start of June to mark the brand’s anniversary (founded on the 1st of June 1904). In 2020, we saw a solid bronze Oris chronograph with a bronze bracelet. 2021 brought us a special grey version of the Big Crown Pointer Date.

The new watch for 2022 goes a little further than re-colouring an existing model from the range and instead revives a watch Oris used to make in the 1990s. First launched in 1998, which incidentally is the year I “launched” too, the Full Steel Worldtimer was the most complex watch Oris made at the time. I suspect it’s not far off being the most complex of their lineup today, either. 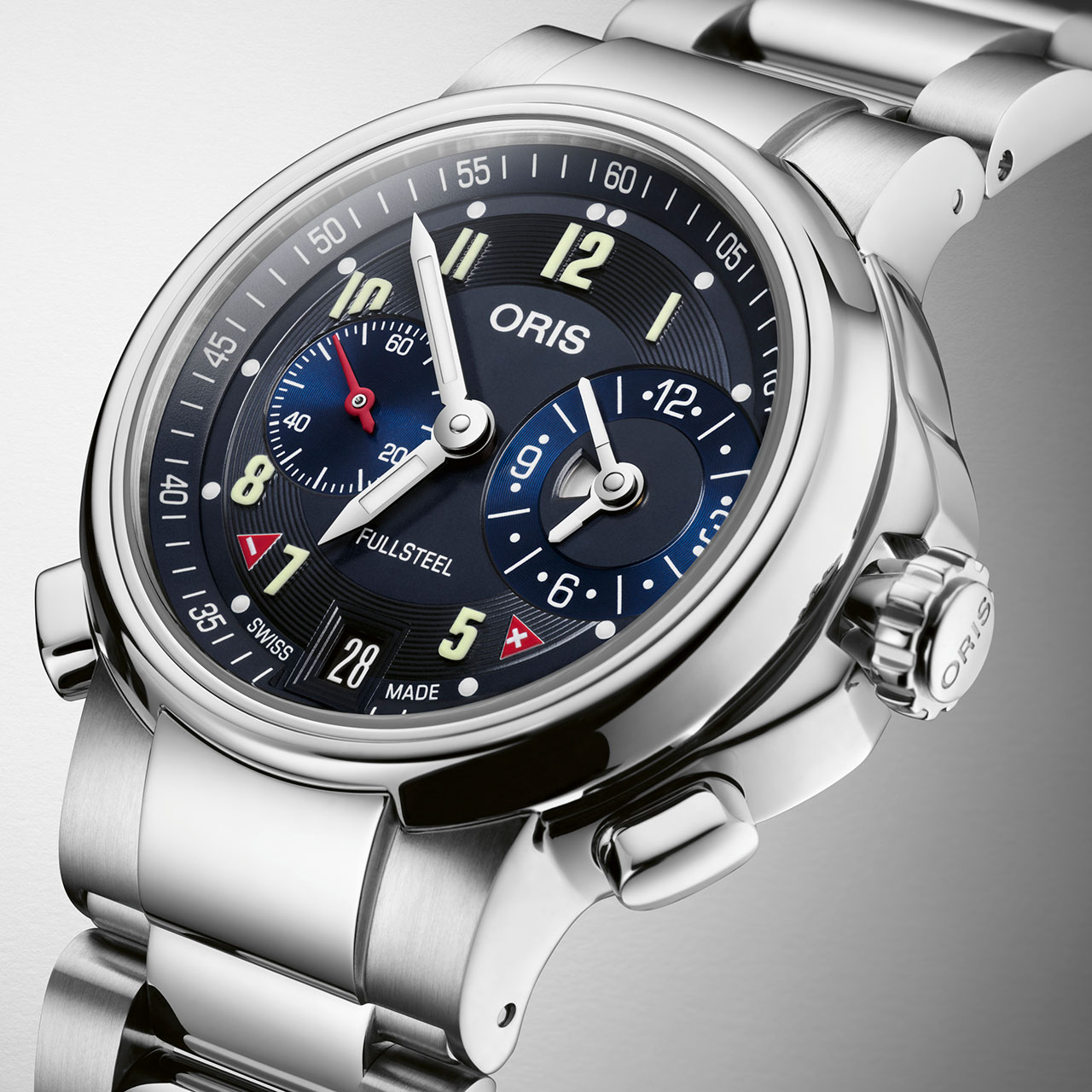 It has a moody dark blue dial which is asymmetrical. It seems a bit weird-looking in the press photos, but as I always say, pictures of watches in real life do them more justice, so I can forgive it here. As well as the expected time and date, the Full Steel has what appears to be positive and negative poles on its dial. These red triangles are there to help you control the “World Timer” function, and they correspond to the pushers at 4 & 8 O’clock. Inside the second timezone dial is a Day/Night indicator. What Oris calls a world time watch is more like a dual time, but you can use the pushers to jump the local time forwards and backwards. We’d generally see a ring of cities on a world timer, and it would allow you to figure out the time in all of them at once if you wish. It looks good, though. 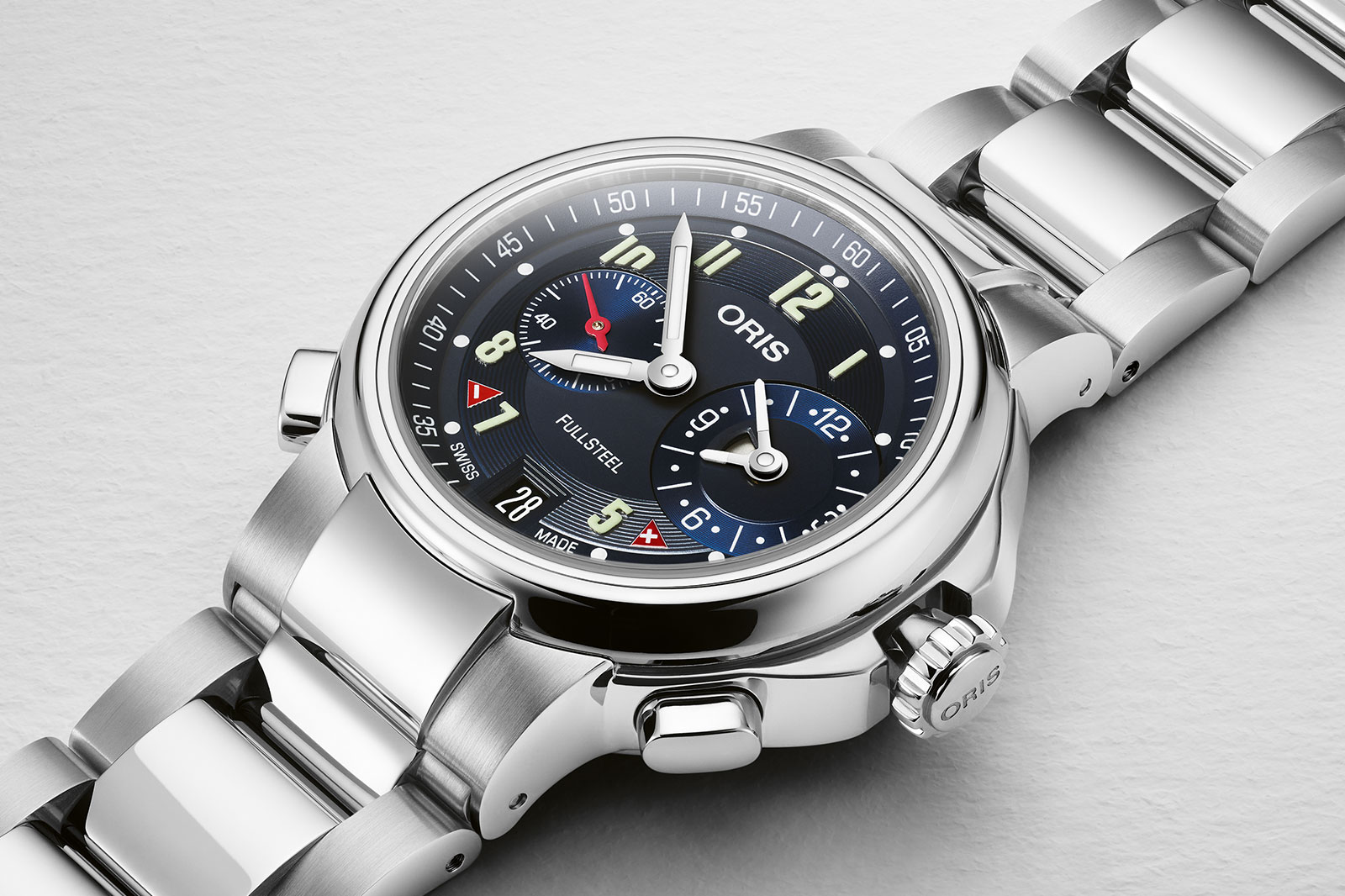 What’ll also help whet the appetites of our readers is the case size. I thought 40mm was the golden size for you guys, but comments on recent articles seem to ask for 37mm pieces. The new Full Steel comes in at 36.5mm in diameter, reflecting the fact that smaller watches were still in fashion even in the 90s. The watch comes on a brushed and polished bracelet. The water resistance is 50m. 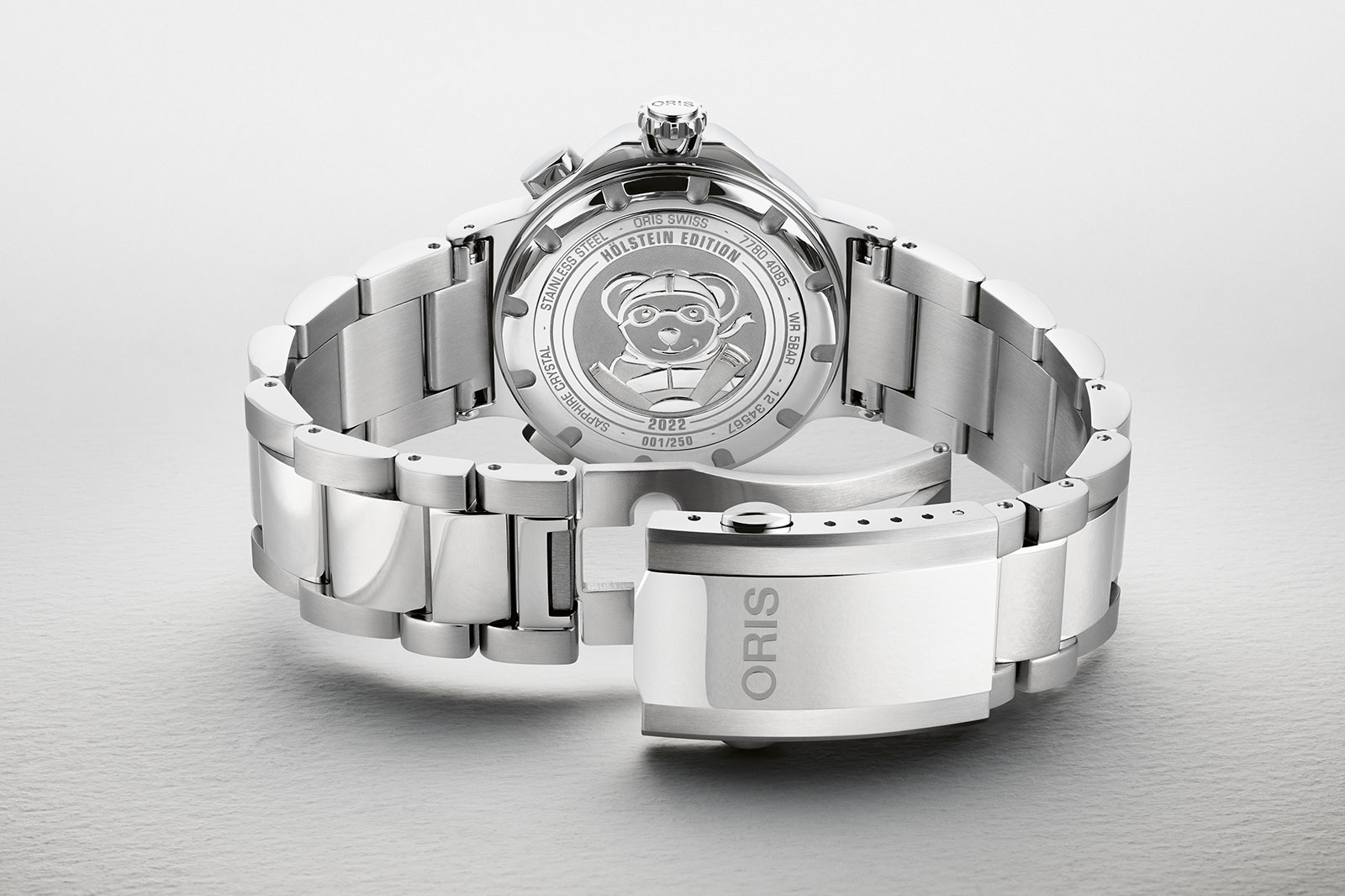 Inside is the calibre 690, the same calibre that Oris used originally. That’s not a bad thing, as it’s proven its worth and reliability, and there should be plenty of parts and knowledge available to make servicing easier. It also helps because it’s based on an ETA 2836-2 before being modified by Oris to have that whacky dual time feature. It has a 4Hz beat rate, a 38-hour power reserve and the signature red Oris rotor.
Limited to just 250 examples worldwide, one of these will cost you CHF4000, and each one comes with a unique wooden presentation box and the option to personalise the watch’s caseback if the teddy bear motif isn’t your thing.