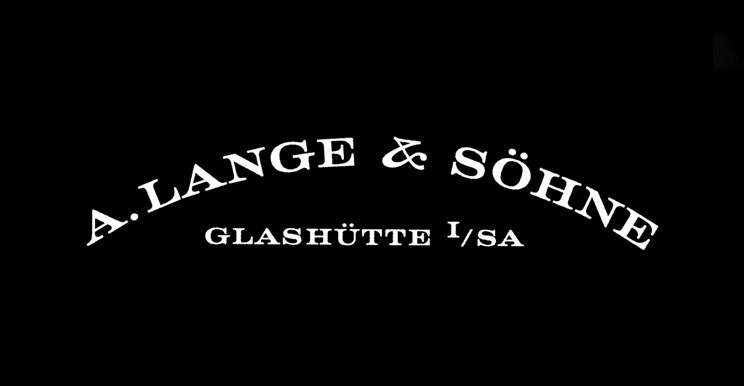 Five timepieces with moon-phase displays are showcased in front of impressive star atlas images from the “Harmonia Macrocosmica” by Andreas Cellarius.

In English, the term blue moon refers to the second full moon within a given calendar month, a rare phenomenon that on average occurs only every two and half years. Most mechanical moon-phase indications must be corrected by one day “once in a blue moon”. This is because for simplicity’s sake, they round the period of time between two new moons down to 29.5 days even though it is actually 44 minutes and 3 seconds longer.

A. Lange & Söhne moon-phase watches are much more precise. Most of them reproduce the lunar month with an accuracy of 99.998 per cent. The new Grand Lange 1 Moon Phase is one example. Its display only needs to be corrected by one day every 122.6 years. But Lange’s product developers demonstrated that precision can be further enhanced: The orbital moon-phase display of the Richard Lange Perpetual Calendar “Terraluna” presented this year is calculated with such accuracy that it takes 1058 years to deviate by one day. Additionally, it shows the constellation of the moon relative to the earth and the sun.

Since 1994, the manufactory has developed 15 calibres with moon-phase displays. Five models from the current collection that feature this and other complications were photographed against fascinating backdrops: depictions of the universe from the “Harmonia Macrocosmica” set the stage for the highly precise timepieces. They come from the magnificent sky atlas created by German-Dutch mathematician and cartographer Andreas Cellarius in 1660*. The scenography emphasises the affinity between astronomy and horology: in timepieces with astronomical complications, watchmakers have always attempted to emulate the progression of celestial bodies as accurately as possible.

From today’s perspective, Cellarius’ rich illustrations make it clear how fundamentally our view of the world has changed in the course of the past two millennia: it evolved from Ptolemy’s geocentric standpoint that placed the earth in the middle of the cosmos to the current model of an expanding universe.

With its imaginative cosmic scenographies, the “Harmonia Macrocosmica” sky atlas published in Amsterdam in 1660 by Andreas Cellarius (1596–1665) is one of the most impressive works of art in astronomical history. The celestial charts of the German-Dutch mathematician and cosmographer were reproduced with 29 large-format copper plate prints deemed to be the pinnacle of the golden age of cartography. They show Claudius Ptolemy’s geocentric view of the cosmos, Nicolaus Copernicus’ heliocentric system, and Tycho Brahe’s reconciliation theory as well as the orbits of the sun, moon, and planets, and the constellations of the northern and southern hemispheres. An annotated reprint of “Harmonia Macrocosmica” was published by Taschen GmbH in Cologne in 2006.