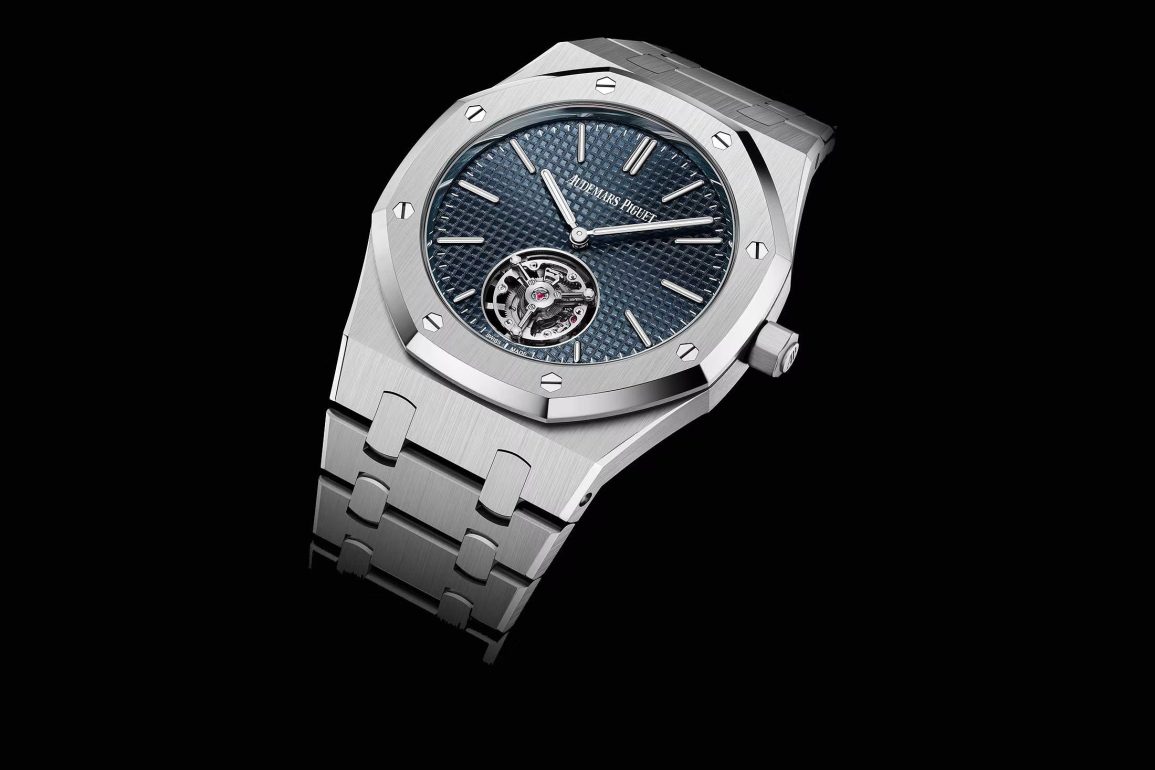 An engineering breakthrough celebrates the 50th anniversary of the iconic Royal Oak.

Audemars Piguet needs no introduction. And neither does the Royal Oak. The brand didn’t even attend Watches & Wonders this year, but such a show is irrelevant when you’re at this level. Fifty years ago, the Royal Oak set the standard for luxury integrated sports watches, which remains untouchable to this day (sorry Nautilus and Polo, and you’re just too young, Octo Finissimo). This latest AP Royal Oak, known as RD#3 as it’s a research and development model (more on that later), is the first Jumbo model to house an automatic flying tourbillon. 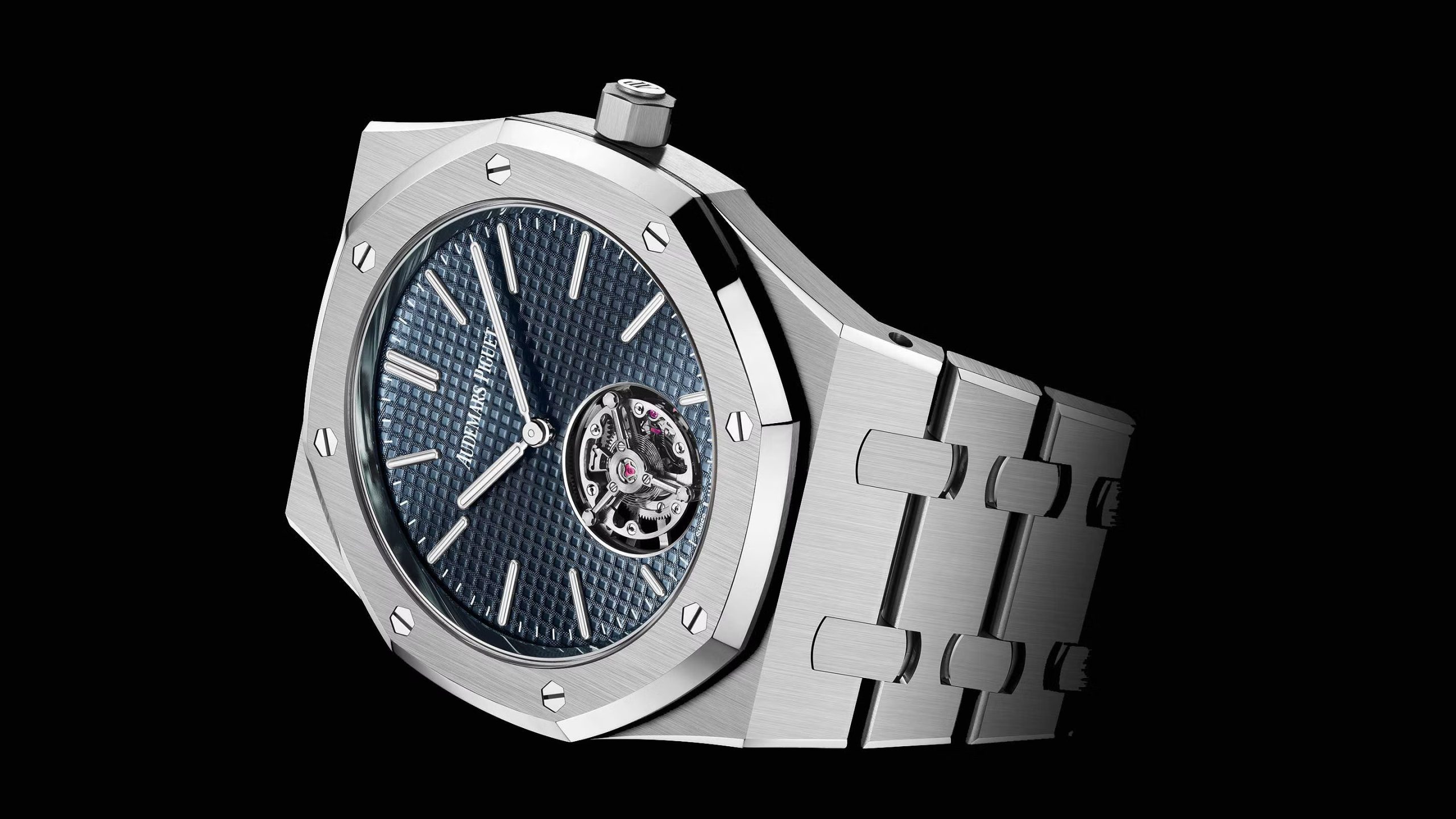 This may seem a bit trivial as there are many 41mm Royal Oaks with flying tourbillons, including a 2022 release to celebrate the 50th anniversary. However, this is the first 39mm Jumbo model to get an automatic flying tourbillon. No big deal? Well, it took five years to develop this new Calibre 2968, which had to be rethought to fit into the smaller and thinner 39mm case. It was such an undertaking that the watch is classified as AP’s third research and development piece. You can look at these R&D projects like NASA’s historic X-Plane program or Lockheed Martin’s Skunk Works – experimental and for the purpose of advancing breakthroughs (horological in this case). In 2015, the first model was presented, the RD#1 Royal Oak Concept Minute Repeater Supersonnerie, which involved not only watchmakers, but musicians and sound specialists. The RD#2 debuted in 2019, the 41mm Royal Oak Selfwinding Perpetual Calendar Ultra-Thin, celebrated as the thinnest calendar wristwatch with an automatic caliber. The first automatic tourbillon wristwatch launched in 1986, created by Audemars Piguet with the tourbillon showcased on the dial side. 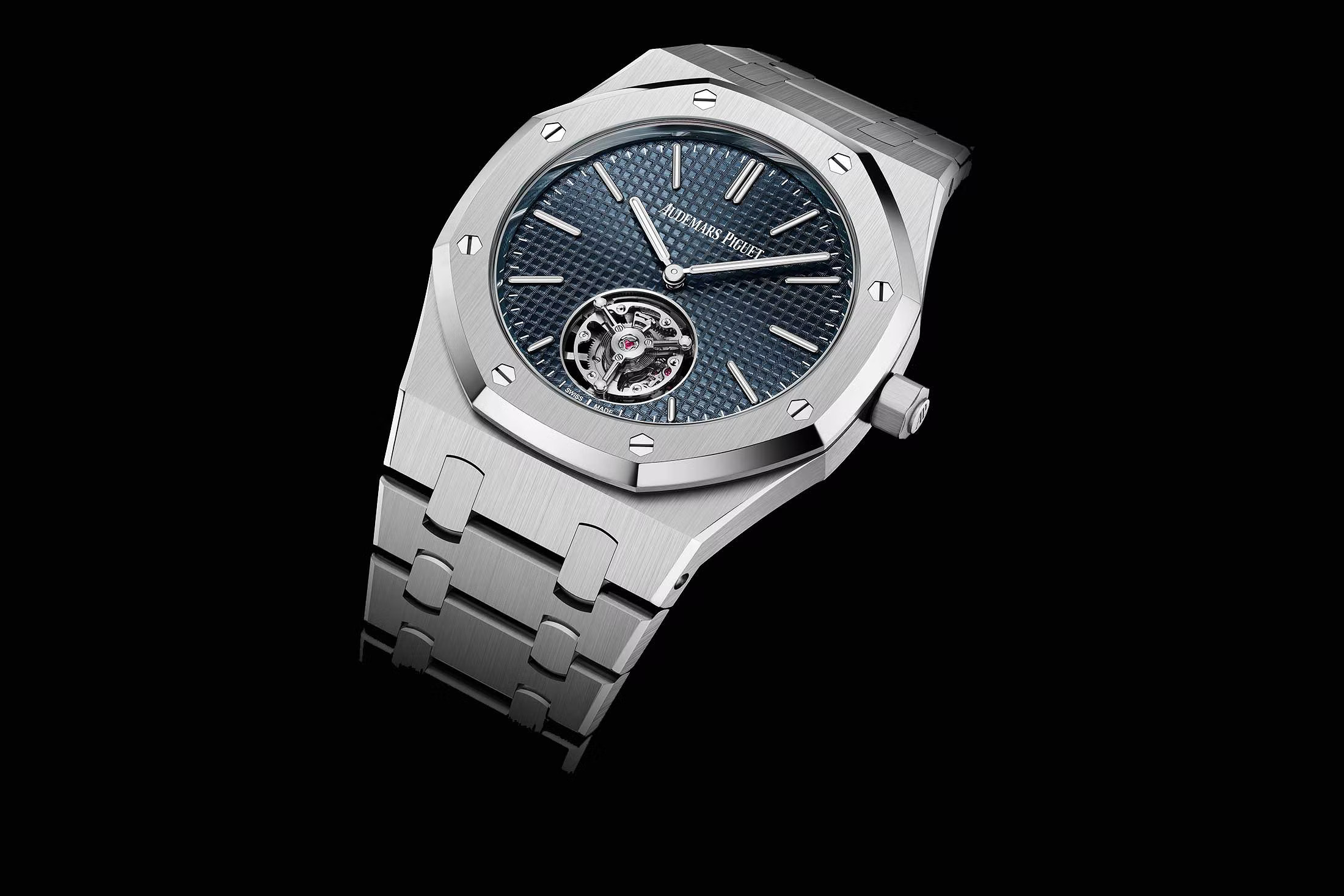 The new Jumbo Tourbillon is a nod to both Jacqueline Dimier, designer of the 1986 automatic tourbillon, and Gérald Genta’s original Royal Oak in 1972. It’s called “Jumbo” as 39mm was considered huge at the time and the new model maintains the historic dimensions of 39mm in diameter and 8.1mm thick, and water resistance is again rated at 50 meters. Well, the original was 7mm thick, but we’ll forgive the minor discrepancy as this one sports an exhibition case back. The case is brushed stainless steel with polished accents and features all of the classic design elements like the octagonal bezel with eight exposed screws (among the most copied looks in the industry) and tapered integrated bracelet. Like the Porsche 911, it’s a classic design that’s held up for 50 years. The case obviously wasn’t the hard part as it’s such an established design, including the “Bleu Nuit” Petite Tapisserie dial and bathtub-shaped applied indices and hands. It’s all about the new Caliber 2968. 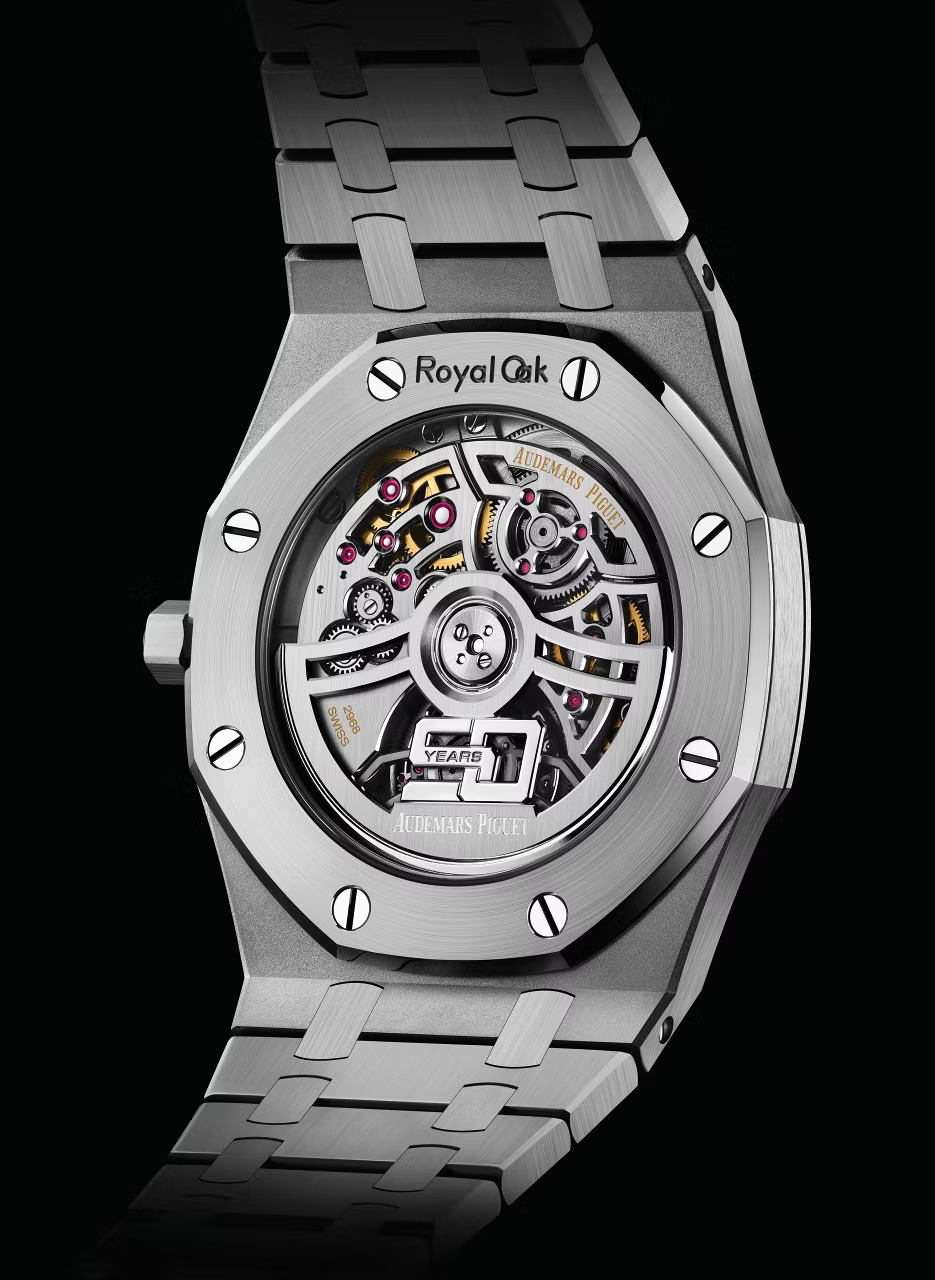 It wasn’t easy to reengineer a tourbillon designed for the 41mm piece and house it in the 39mm Jumbo. Solutions included a peripheral drive for the titanium tourbillon and repositioned balance wheel arms, resulting in a flying tourbillon that’s mounted at the dial level. Seen from the exhibition case back, flawless hand finishing is a bit different than the norm. In lieu of traditional Côtes de Genève, there’s “traits tirés” on the mainplate and polished bevels, and the movement has a unique, open-worked architecture. The rhodium treated 22k gold rotor features a prominent “50 YEARS” section that will only be seen in 2022. It has 33 jewels, beats at 3Hz with 50-hour power reserve. The Caliber 2968 is made from 226 parts, is only 3.4mm thick and 29.6mm in diameter.

Although this is RD#3, it’s not a one-off prototype and a 37mm variant will launch in September. That said, it will be extremely difficult to acquire as standard Jumbos are already few and far between. As for price, the Audemars Piguet Royal Oak Jumbo Selfwinding Flying Tourbillon Extra-Thin RD#3 (ref. 26670ST.OO.1240ST.01) is listed as on demand, so use your imagination. Don’t get me wrong, this is an incredibly engineered piece that’s a perfect tribute to original from 50 years ago. It’s just for a select few. Visit Audemars Piguet here.