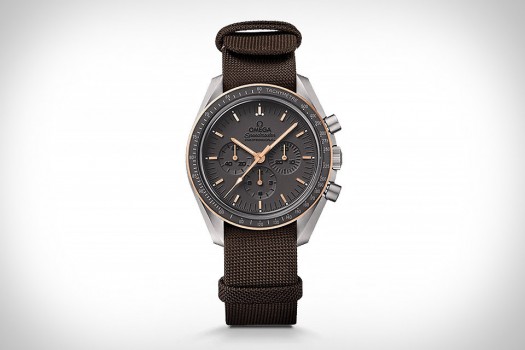 Among the new Omega watches at Baselworld 2014, we find a limited-edition Omega Speedmaster Professional  “Moonwatch” that commemorates the historic moon landing of 1969. Now, 45 years later, the Swiss watchmaker behind the moonwalker’s timepiece is honoring the historic occasion with a new version of the chronograph.

Designed to induce the colors of the moon and the materials of the Apollo 11 Lunar command module from which astronauts Neil Armstrong and Buzz Aldrin, emerged to first set foot on the lunar surface. The Omega Speedmaster Professional Apollo 11 45th Anniversary Limited Edition has a 42mm case made of brushed titanium and a black PVD dial with the bezel, hands and indices in rose gold, while the tachymetre insert on the gold bezel is made of black ceramic. The dial is produced using a special laser that removes the material around the text, the numerals on the three subdials (for 30-minute and 12-hour chronograph counters and small seconds) and hour markers to create a cool 3D effect. 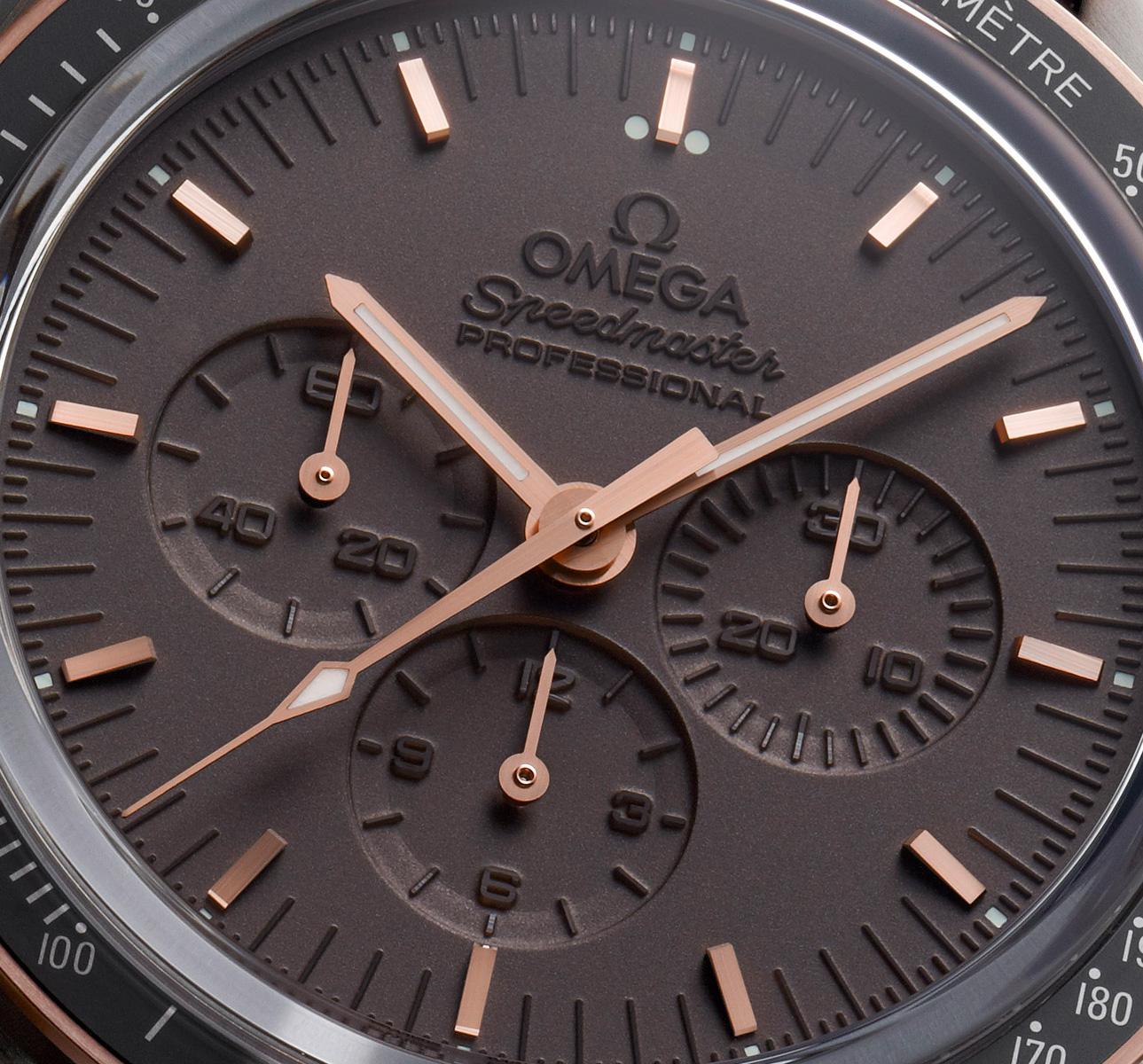 Omega’s proprietary Sedna gold serves as the material for the bezel, which encircles a matte-black ceramic ring with a tachymeter scale, a defining element of the Omega Speedmaster “Moonwatch” models. The central chronograph hand is rose-gold-plated.

The hour, minute and chronograph seconds hands are also coated with Super-LumiNova, as are the hour indices and the two dots at 12 o’clock. The box-form sapphire crystal above the dial is scratch-resistant and treated on both sides with anti-reflective coating. The watch is also water-resistant to 50 meters.

Like the other watches in the Omega Speedmaster Professional collection, this new anniversary Moonwatch is fitted with the manual-winding chronograph Caliber 1861, which share its lineage with the caliber 321 (Original Speedmaster Professional Moonwatch). The watch is also fitted to a NATO fabric strap, which has a new design and is made from high-quality material that is supposed to add more wearing comfort. The Omega Speedmaster Professional Apollo 11 45th Anniversary watch is limited to 1969 pieces, a reference to the landmark year in which the first man walked on the moon, and will be available at the AD’s in June, and comes with a price tag of 6,600 CHF (US$7,500). For more info, please visit omegawatches.com