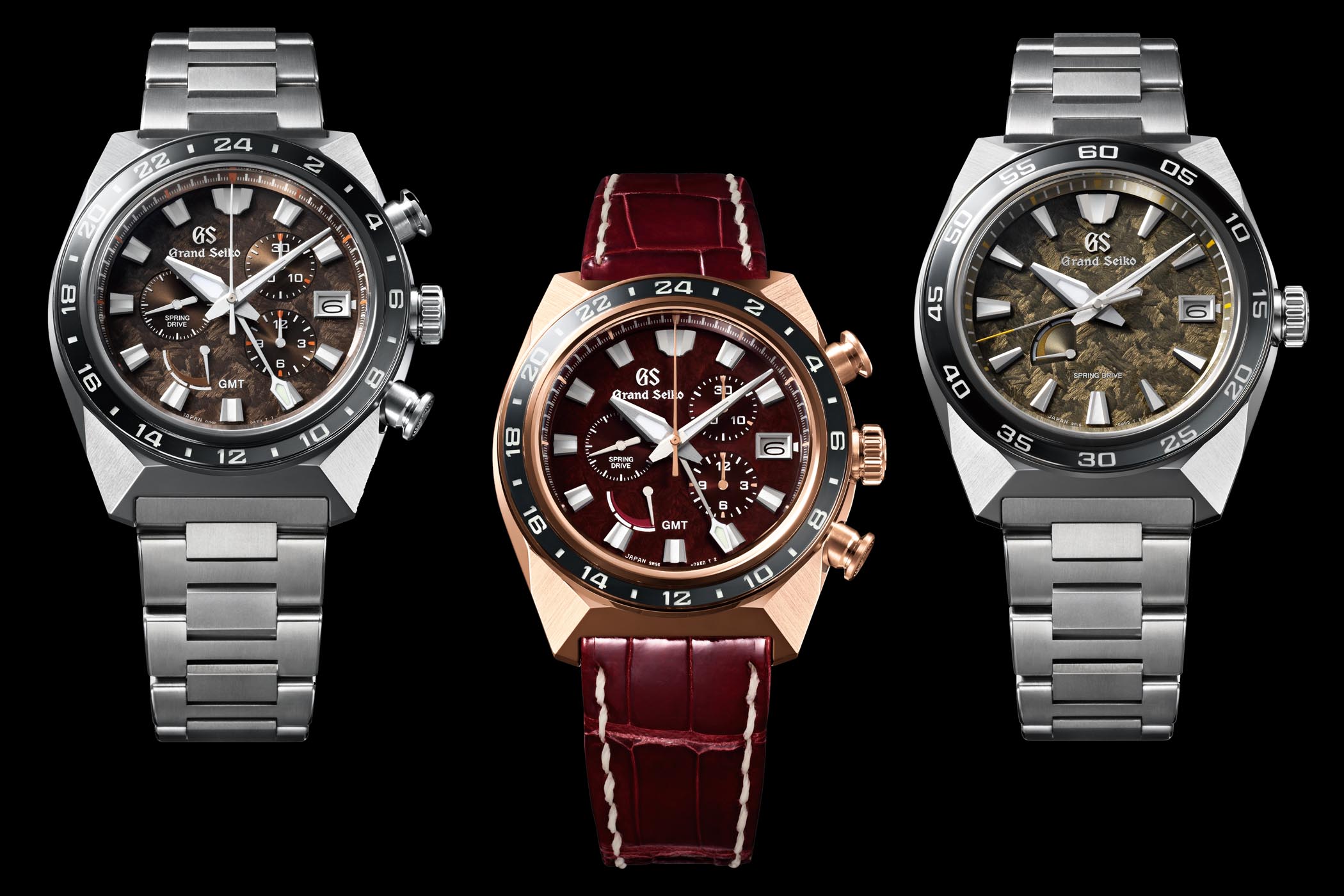 The first wristwatch equipped with Seiko’s revolutionary Spring Drive technology was launched back in the year 1999. Spring drive movements are a unique embodiment of mechanical and quartz technology and while they look like a normal mechanical movement their functioning is slightly different. Instead of using the traditional escapement mechanism, Spring drive movements utilize a Tri-synchro regulator to regulate the unwinding of the mainspring resulting in the second’s hand to glide smoothly. As the year 2019 marks the 20th anniversary of Spring drive, Seiko’s luxury watch arm Grand Seiko is celebrating the occasion by launching 3 new sports watches with a distinctive new case design and textured dials that seek inspiration from none other than the king of the jungle i.e. a Lion, which is also the brands logo and is seen on many of its calibers.

Let us begin by looking at the new case design which is common between the three watches. The case on the new anniversary collection is inspired by the lion’s forelegs and hence bears a burly look to exhibit a lion’s strength. It has a sharp angular geometry and is exceptionally finished with finely brushed sections and smooth polished surfaces which utilize Grand Seiko’s famous Zaratsu polishing technique to achieve a mirror-like effect. The case is 44.5mm wide and 16.9mm thick for the chronograph, and 14.3mm thick for the non-chronograph variant. And while these figures might look a little overwhelming the case has been angled inwards to make it wear comfortably on the wrist. Also as these are sports watches they are water resistant to a healthy 200 meters. Moving on to the individual references now. 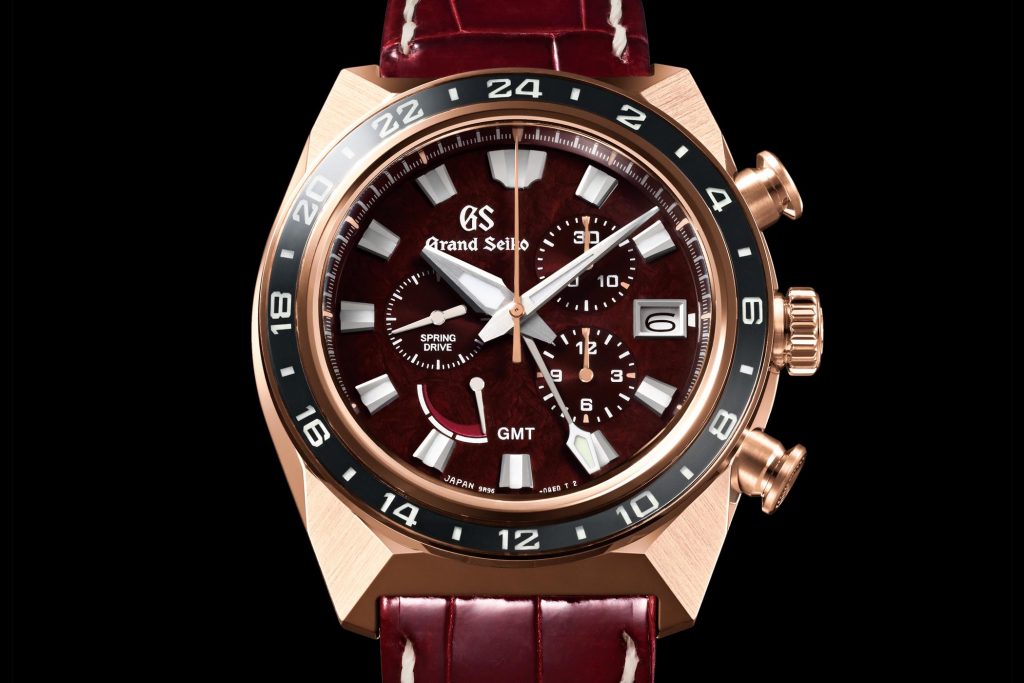 Let’s begin with the most premium and shall we say elegant of the trio, the SBGC230. This watch is a GMT chronograph and features a case made out of 18kt rose gold. The bezel on top of the case features 24-hour markings which helps in tracking a second-time zone using a centrally mounted arrow tipped hand. The dial has been rendered in a nice shade of burgundy, with a nice texture to it which is inspired by a Lion’s mane and really complements the golden tone of the case.  Sitting on top of the dial are applied hour markers which along with handset have been filled with luminous material to aid low light visibility. The dial has quite a busy layout but is highly legible with a lot of information to display. There are 3 sub-dials in total (two on the right for recording chronograph hours and minutes and the one at 9 for running seconds),  a power reserve indicator between 7 and 8 and a date window at 3. Powering this watch is the brand’s in-house Spring drive chronograph movement Caliber 9R96. It features a column wheel mechanism, offers a power reserve of 72 hours and most importantly is accurate to ±0.5 second per day or ±10 seconds per month. It has been beautifully decorated and can be viewed through the sapphire crystal exhibition case back. The watch is limited to 100 pieces, comes attached to a red alligator strap with white contrast stitching and is priced at EUR 44,800. 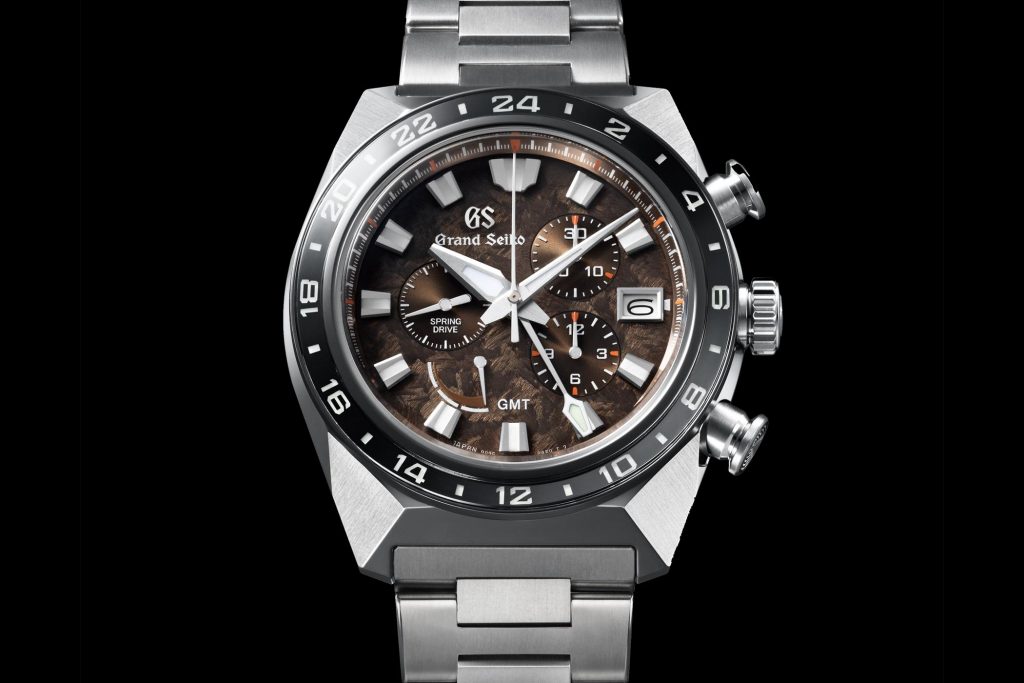 Akin to the SBGC230, this watch is also a GMT chronograph, but this one has been presented in a much lighter case made out of titanium. The dial on this watch is brown in color with some nice orange accents and features a slightly heavier texture as compared to the gold cased model. As for the functions you can still track the running seconds, chronograph minutes, hours and seconds, power reserve, a second-time zone and normal time using the 8 individual hands.  Powering the watch is once again the Caliber 9R96, which is a Spring drive movement with a column wheel mechanism and GMT functionality. This one is also limited to 500 pieces and would come attached to a matching titanium bracelet. The SBGC231 would retail at a price of EUR 13,700 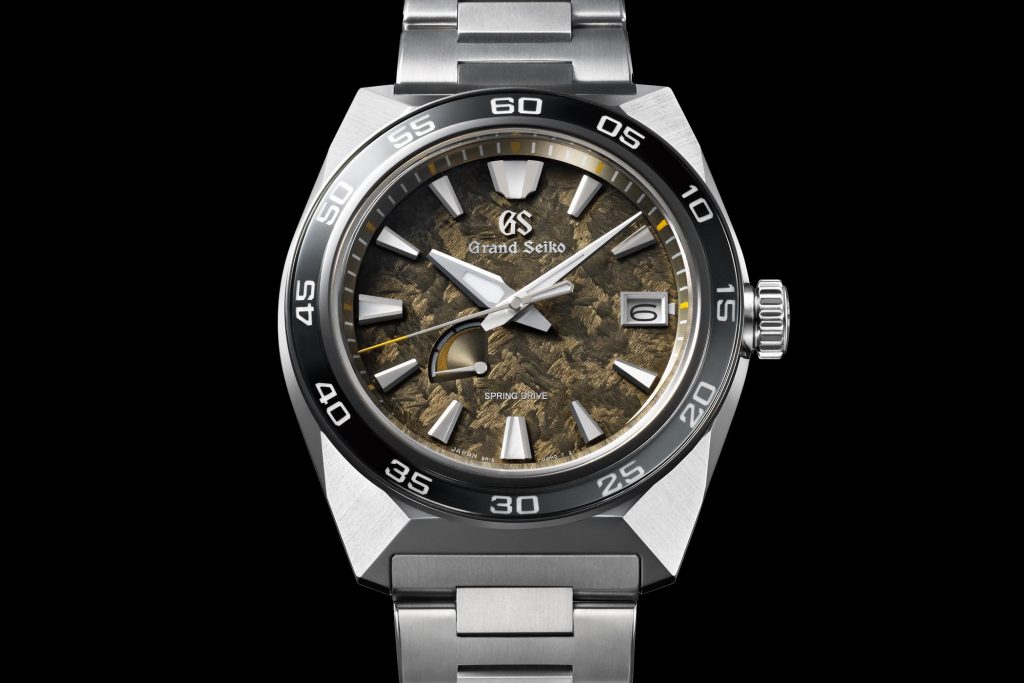 Last but not the least we have the simplest of the three new anniversary watches, the SBGA403. Featuring a case made out of titanium this is a simple three-hand watch with a date and power reserve function. The dial is once again heavily textured and has a nice olive green shade with some vibrant yellow highlights. The hour markers are still applied but have a more angular shape as compared to the ones found on the chronographs. The dial also looks much cleaner with only a power reserve indicator between 7 and 8 and bordered date window at 3. Power this watch is the Spring drive automatic caliber 9R15 which gives a power reserve of 72 hours and just like the other two watches is highly accurate to ±0.5 seconds per day. Limited to a production run of 500 pieces this watch would also come accompanied by a titanium bracelet and would retail at a price of EUR 11,200.