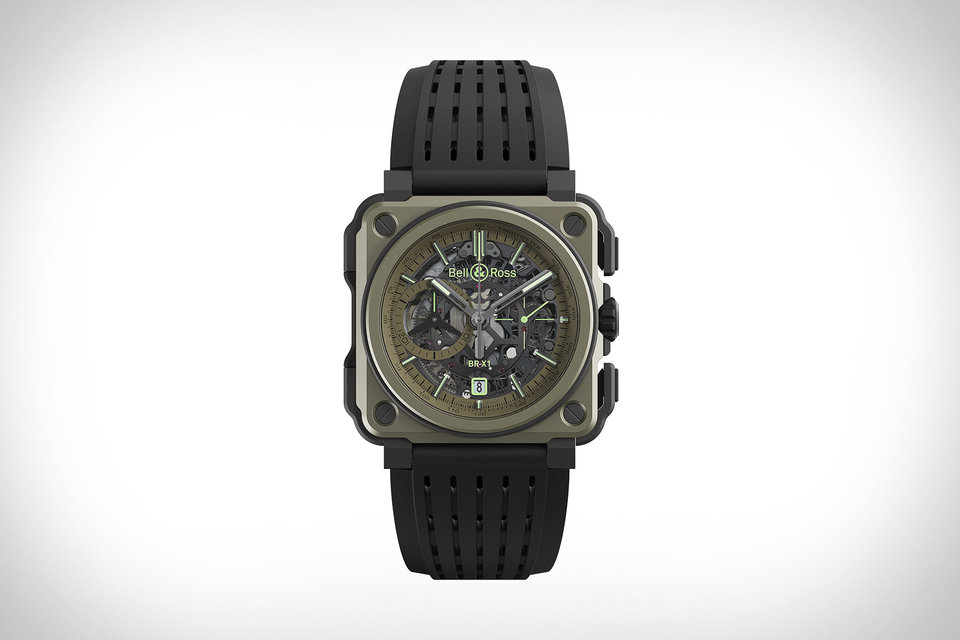 When one thinks about square watches, the first two brands that come into mind are Tag Heuer and Bell and Ross. Bell & Ross is a rather unique company though. One might almost forget that they are in fact based in France. They lack the basic characteristics of a France-based watch company: neither classical nor elegant. Each Bell & Ross has their own unique and distinct character, it isn’t trying to be a more expensive homage or trying to imitate any conventional design; it is its own thing. The company has always taken a subversive, experimental approach to watchmaking and this is shown in the Bell & Ross BR-X1 Military Limited Edition. 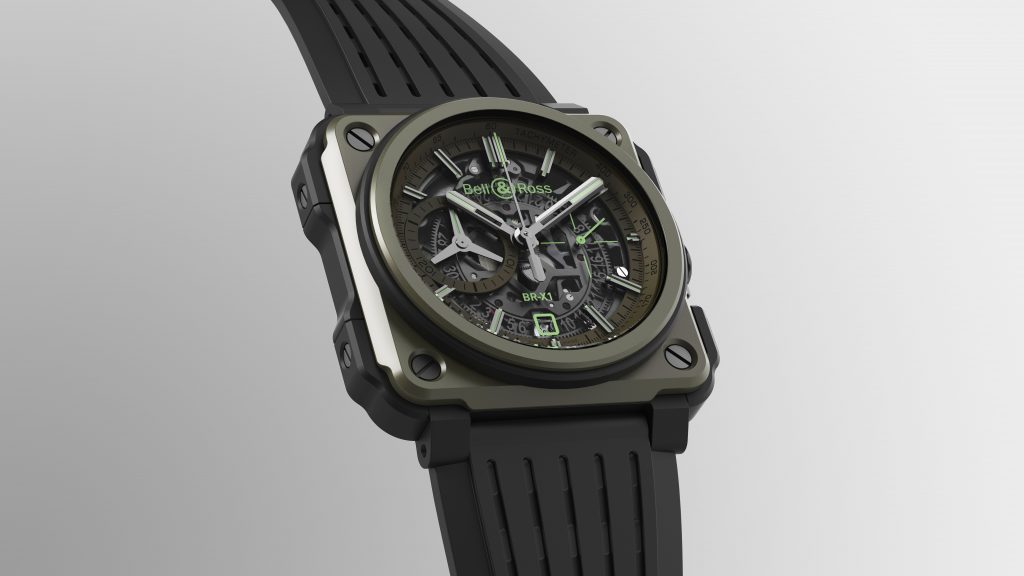 The Bell & Ross BR-X1 was first released in 2014 in the form of the Skeleton Chronograph, and then a year later released a tourbillion version of the same watch. The X1 range, like the X2 range, comes from the “Experimental” line. This is where Bell & Ross adds a unique and interesting twist to each of their familiar square-cased watches from the BR-01 along with the BR-03 from the different “Instruments” line, but adds a skeleton dial to it, and/or greater complication to the mix.

The new BR-X1 Military is no different. The high-end chronograph is designed with an aesthetic to mimic stealth fighter planes. Paired with a matte khaki High Resistance Titanium (HRT) case and ultra-luminous green display, this variation of the BR-X1 is like non-other. With its luxury sporty look, the BR-X1 Military is fully armoured and sophisticated. This skeleton chronograph, driven by an exceptional movement, is lightweight yet resilient. The functionality, however, is in no way compromised as the watch is still made to be a 100m water resistant

The watch is equipped with Bell & Ross’s calibre BR-CAL.313 which is basically a chronograph movement based on ETA 2894-2. It has been modified to look partially skeletonized and is paired alongside Bell & Ross’s proprietary bridge layout which is the signature of the Bell & Ross Experimental line. Hence the watch comes equipped with a resilient 42-hour power reserve. The model is equipped with a new perforated black rubber strap to match with military and stealth look of the timepiece alongside providing enhanced comfort. The buckle is very exquisitely made in Black PVD* coated in steel further enhancing the tactical look of the timepiece. With the watch case coming up to 45mm in diameter, it isn’t a watch that will suit a majority of wrists, but it is one to provide to most enjoyment to the bulky few who might choose to wear it. 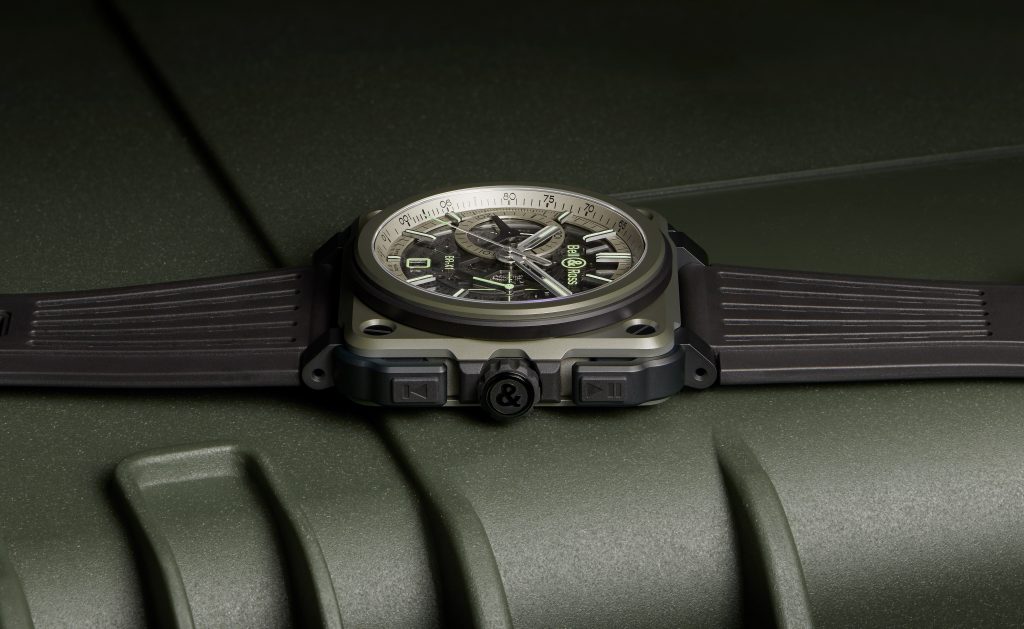 Limited to just 250 pieces, the BR-X1 Military is a cutting-edge watch. Proportion and detail dominate Bell & Ross watches, which, largely speaking, are designed with function and purpose in mind. Not exclusively, mind. Where would the fun be in that? The Bell & Ross XR1 Military is designed to thrill the aviation watch enthusiast. Just like every thrill in the world the Bell & Ross comes at a cost, a rather heavy one. The Bell & Ross is priced at US$23,000. Visit Bell & Ross here.