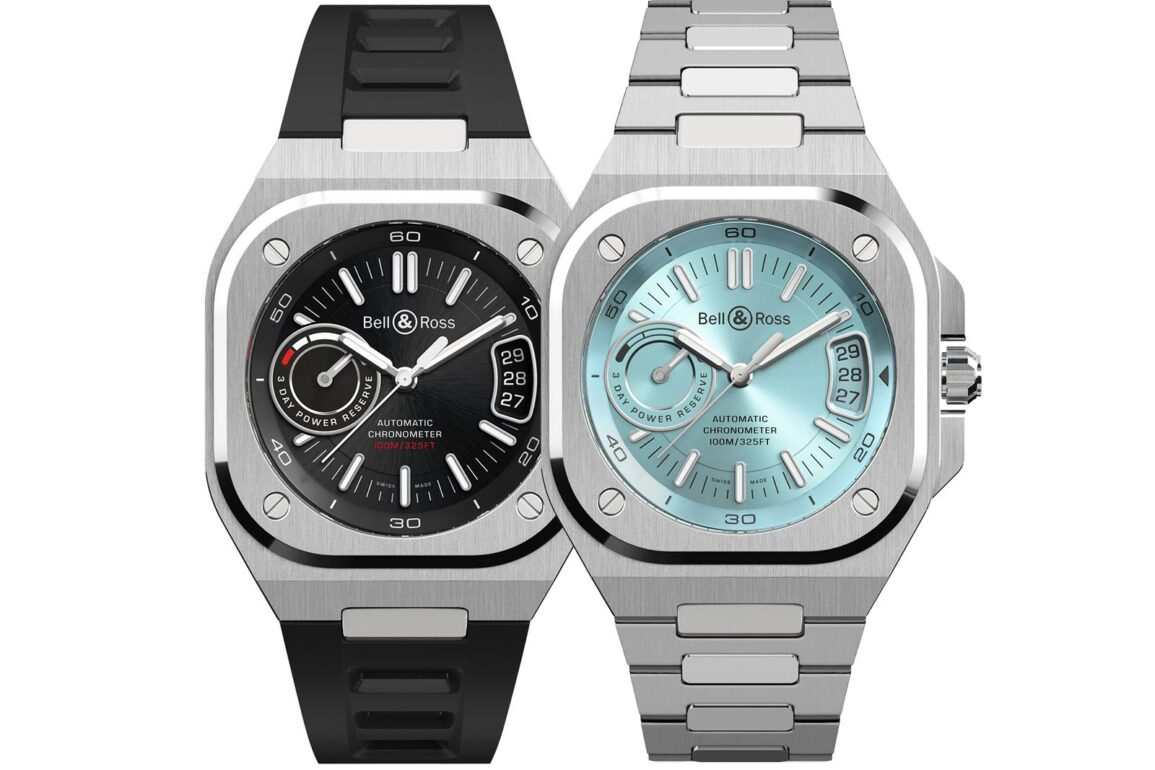 Bell & Ross may well be most known for its pilot-influenced watches, but the BR-5 watches have been making waves in the community with their brash, unapologetic styling and rugged build quality. I’ve tried one on in a Hands-On review here on WristReview, and I was very pleased with the quality of the watch. To this day, the BR-05 Horolum in steel is one of the heaviest watches I’ve ever reviewed.

One of the things that the comments on my review mentioned frequently was the movement, which was based on a Sellita movement that Bell & Ross had heavily modified. While these are great movements for sure, and they’re easier to have serviced due to their widespread availability, it becomes a little harder to justify the higher price when the movement only costs a few hundred dollars. On the flip side, a pricey watch with a new movement in will usually become more expensive to justify that extra cost to the manufacturer. 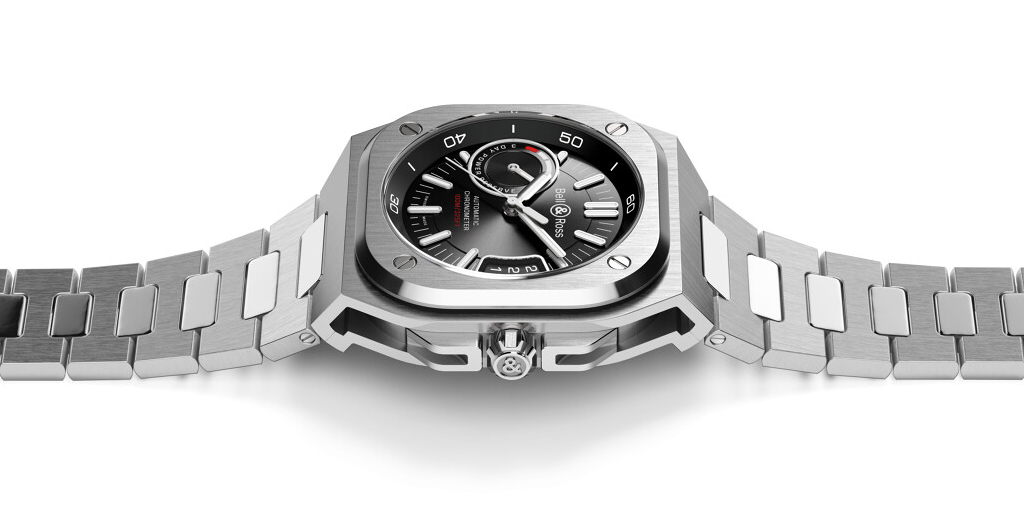 Luckily, Bell & Ross has been working with specialist movement maker Kenissi to develop the BR-CAL.323, which Kenissi will be made exclusively for the BR-X5. This self-winding calibre features a COSC chronometer certificate, a 4Hz beat rate and a 70-hour power reserve, and the balance bridge is also more stable when it comes to impact than the balance cocks of the older calibres. It also has a rotor styled to look like the rims from a sports car. This is all visible around the back of the watch. 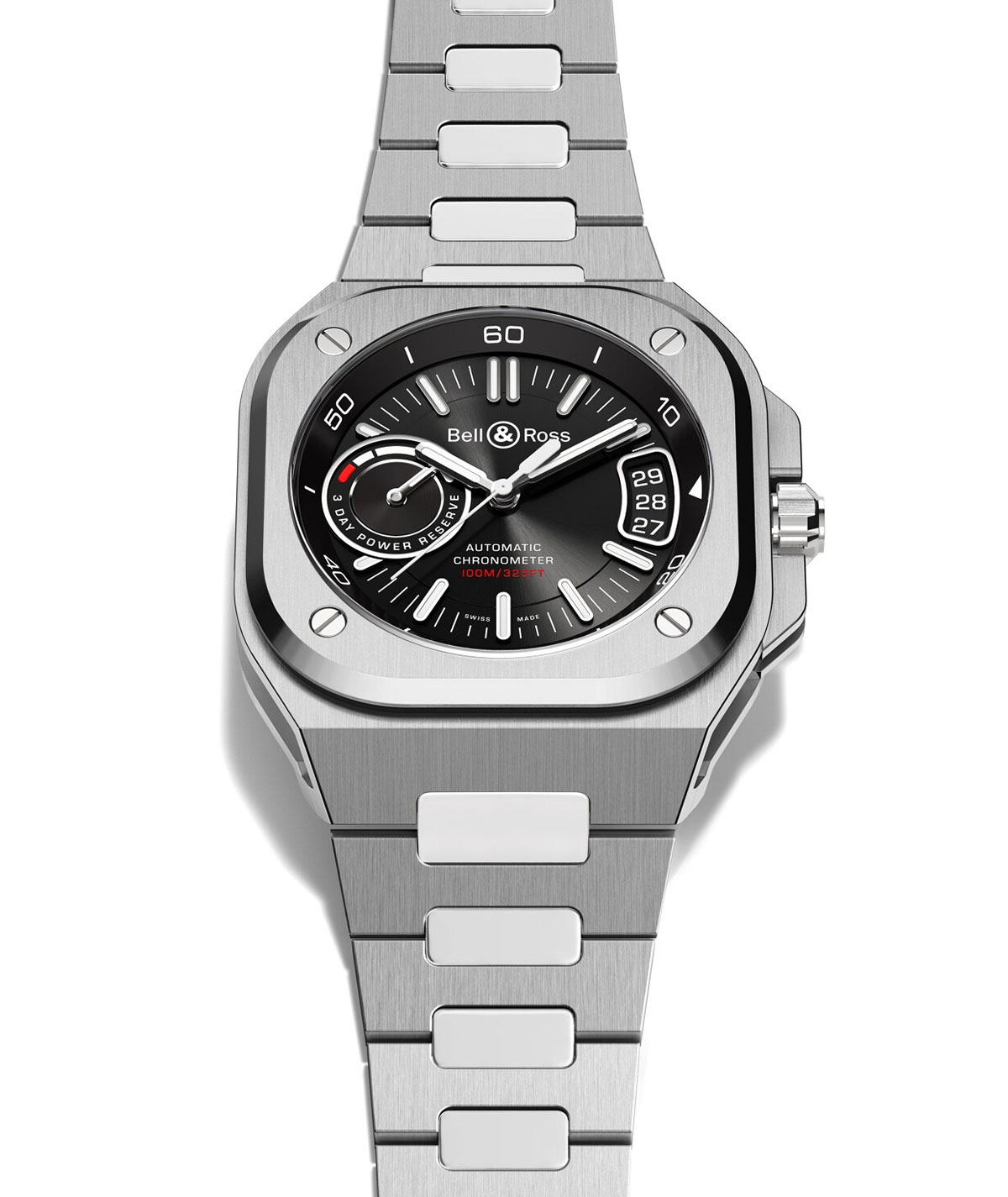 While the movement’s upgrades have been dramatic, it’s hard to accurately reflect that to the average wearer as the changes happen on a tiny scale and are hidden under plates. Thankfully, the outside of the watch has been given a makeover too. Like the BMW it shares its name with, the X5 from Bell & Ross is big, brash and bold, in a good way. It’s also 41mm x 12.8mm, and its chunkiness in the photos suggests it might wear larger, but I’ll need to see that for myself (hint hint). 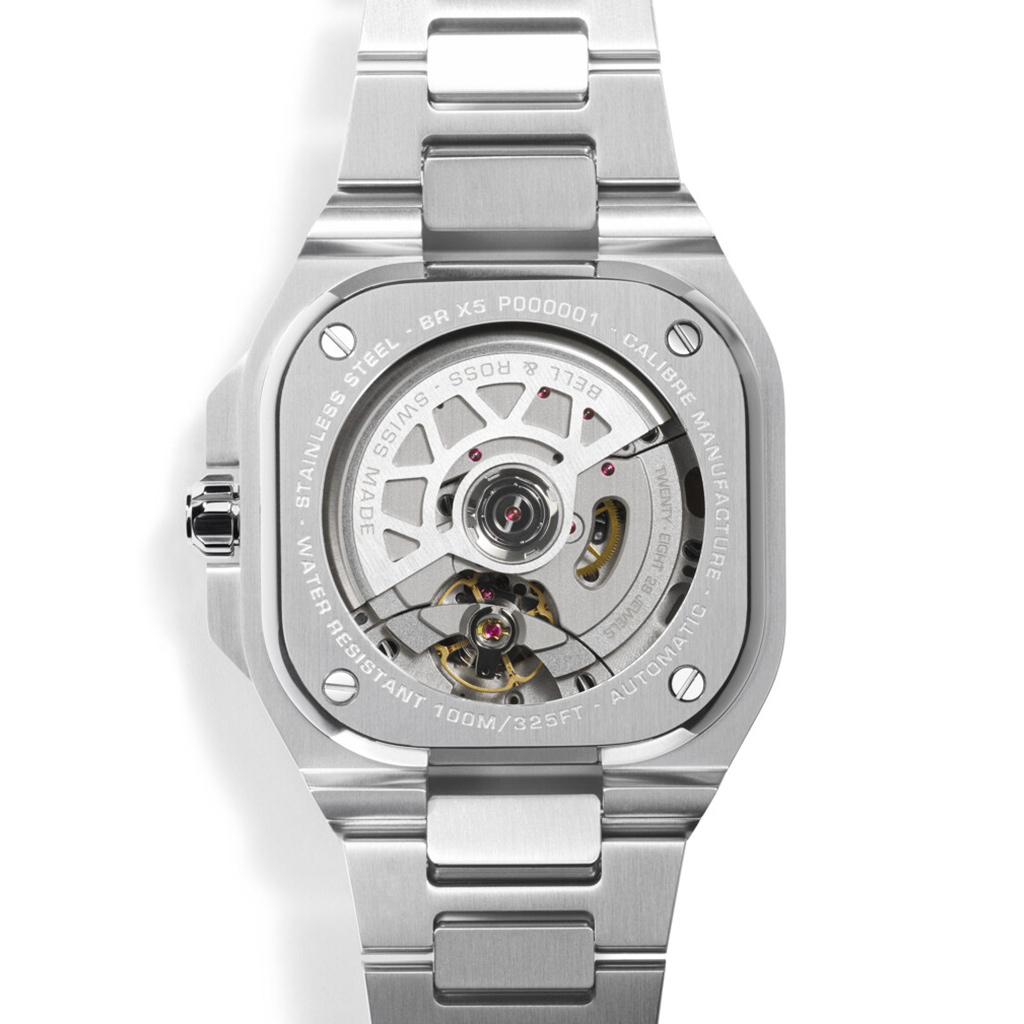 The design of the watch is based around a central core which houses the mechanics and such. This core is held together by bolts which pass through the entirety of the case and fasten at the back. It appears the rest of the case folds over on itself like origami, although it’s actually a top half and bottom half which come together for an industrial look. The case is water resistant to 100m. 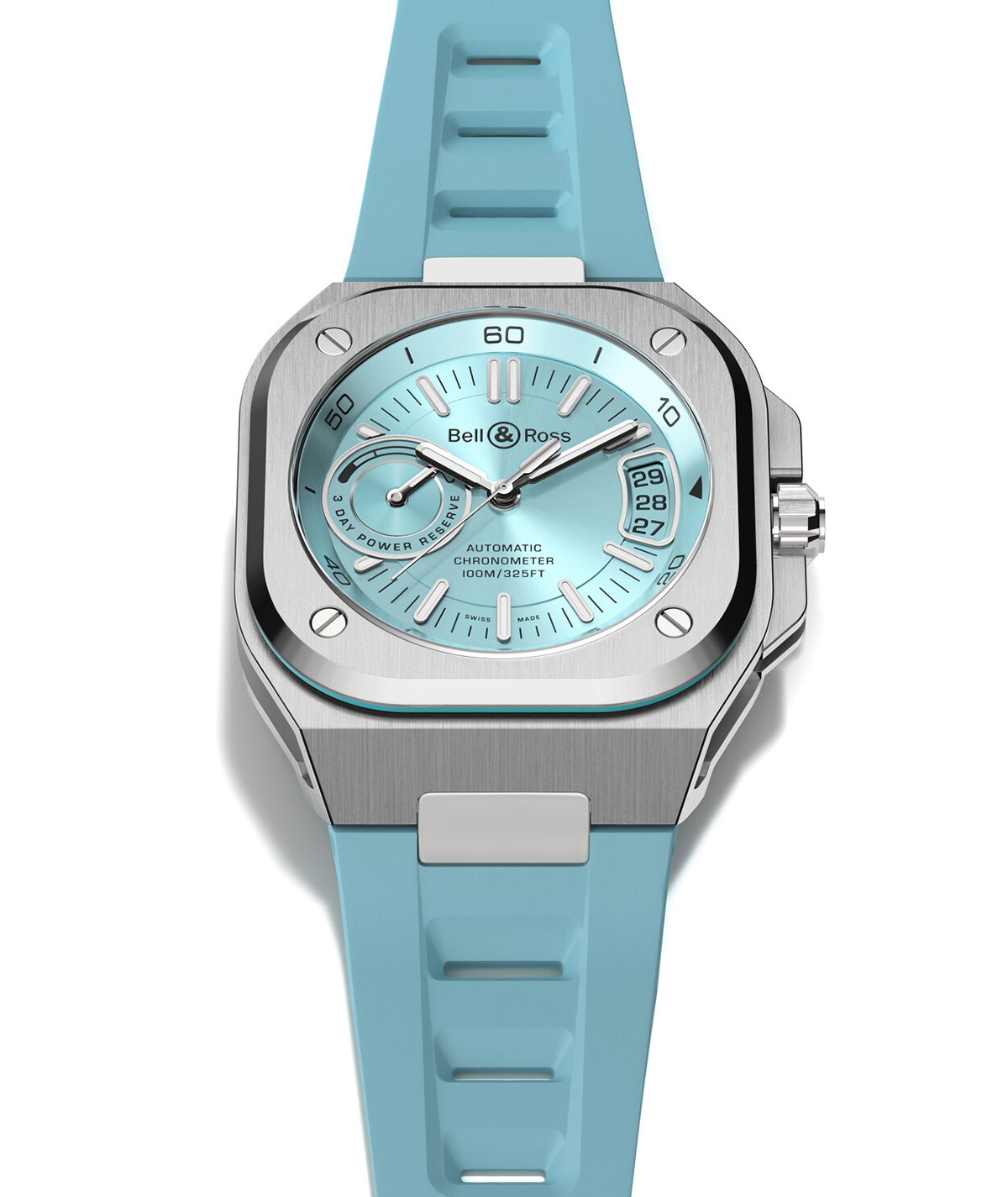 The watch comes in a couple of different variations, but all of them feature a power-reserve indicator and a date on the dial. The Black Steel variant has, you guessed it, a black dial with sunray finishing and X1 SuperLumiNova on the hands and markers. It also comes on a satin black rubber strap or, for a little more, a stainless steel bracelet. The second version, Ice Blue Steel, has a light blue dial and matching strap. Light blue is an interesting colour for sporty watches and not one we see often. It’ll be interesting to see if it sells. 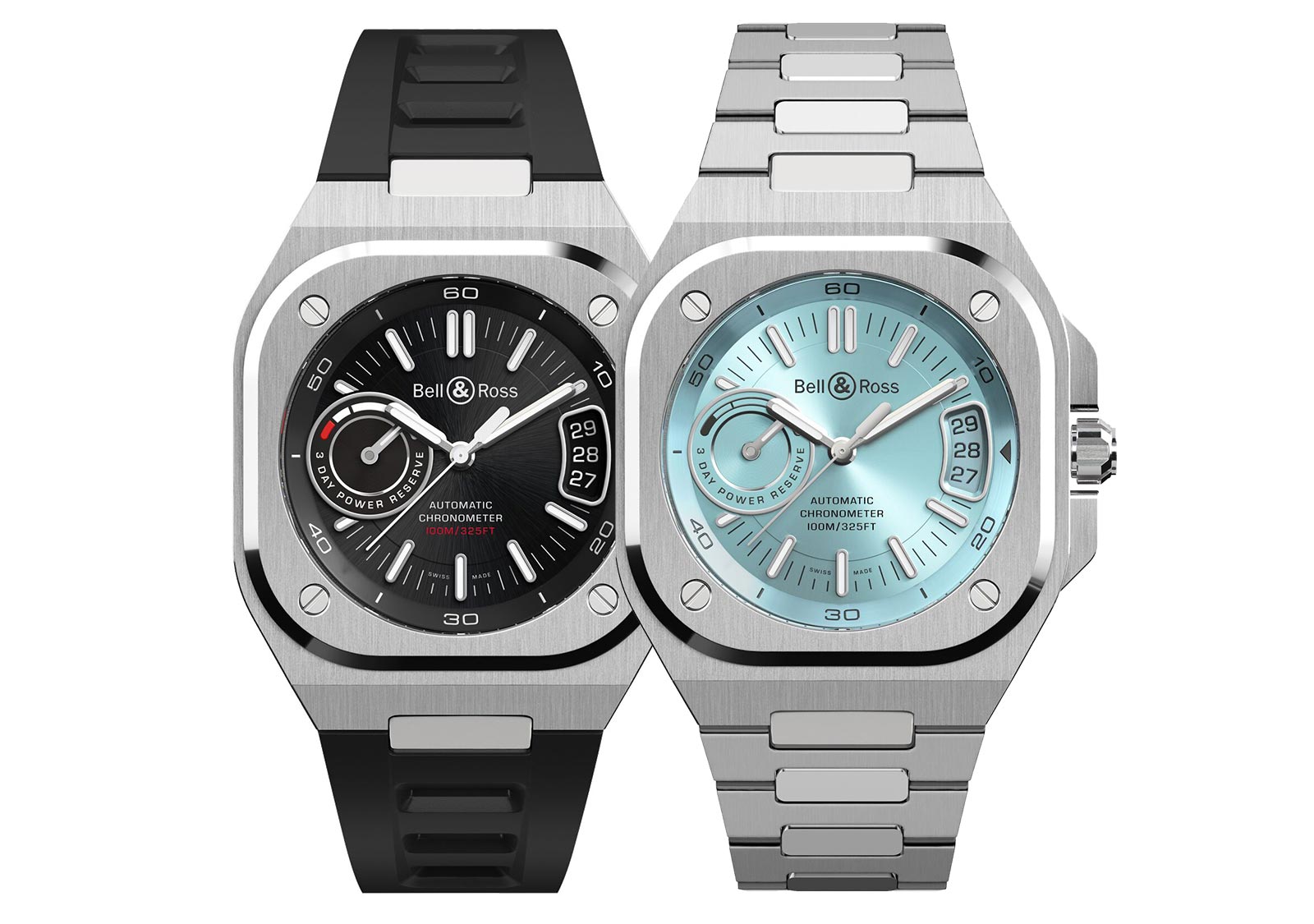