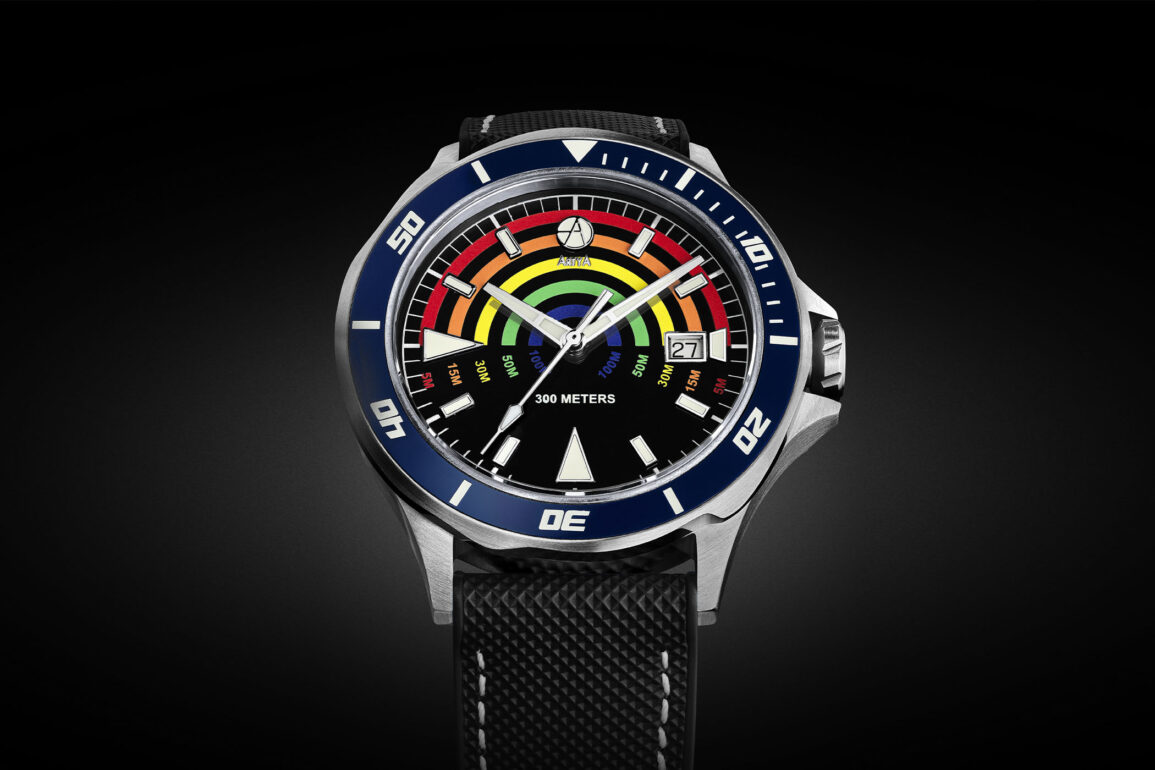 ArtyA introduces a clever style of depth gauge diving watch which does away with complex mechanics.

We don’t hear from ArtyA too much here at WristReview. In fact, we’ve only ever done one full article on an ArtyA watch, and that was six years ago. So, it seems like it’s time for another article on one of their watches, and the newest one is quite an interesting piece if a little unexpected.

You see, to me, ArtyA watches are generally quite technical like we might expect from a Swiss micro maker, something along the lines of MB&F or Akrivia. The Depth Gauge is relatively simplistic compared to the other watches ArtyA makes. But, in diving watches, you need simple, no-nonsense designs. There’s little point in making a super fabulously complex diving watch if you can’t read it when you need it most i.e. out on a dive. Of course, professional, dedicated diving computers have been on the market for over two decades, but when your life is on the line, you want as many backups as possible and a proper mechanical dive watch with a diving bezel and a little know-how is an ideal backup. Diving watches with depth gauges are a rarity. I suspect that the main reason for this is the cost associated with the watch raises the price to a level that’s hard to justify, especially when you consider that a scuba diver will have a depth gauge in their dive computer and probably another one attached to the regulator setup on the breathing tank. ArtyA has a different approach to a depth gauge and it’s one based on the science of visible light. As I’m sure you’ll know, the deeper underwater you go the darker it gets, but it isn’t just getting darker, you’re also losing colours from your vision. The reason for this is the wavelengths of light on the visible light spectrum. The first colour to go is red and this is at around 5 metres, so ArtyA painted the outermost ring in red. The paint is still there, but you’ll see it as black at 5 metres. The further down you go, the more colours disappear and there’s a little marker to indicate how deep you are depending on which colour is visible. Blue light fades out below 100m, so when there are no colours you’ll know roughly how far down you are, the National Ocean Service states that 200m is around the level where sunlight really drops off and weird sea creatures from horror movies officially live. They didn’t say that last bit but if you know you know. I can’t say how accurate this solution is compared to the mechanical alternative, but it is simpler and still useful. Inside is a self-winding calibre made by Aion, which isn’t a name I’ve come across before. My research indicates that Aion is a supplier of off-the-shelf movements which are of a higher quality than ETA or Sellita, although I don’t know if they’re on the level of Vaucher. You can’t see it anyway as it’s behind a closed caseback, but it is COSC chronometer rated and has a 43-hour power reserve and 4Hz beat rate.

The watches come with a textured rubber strap and are limited to 9 examples per version (so 27 in total). The cost is CHF7,900.