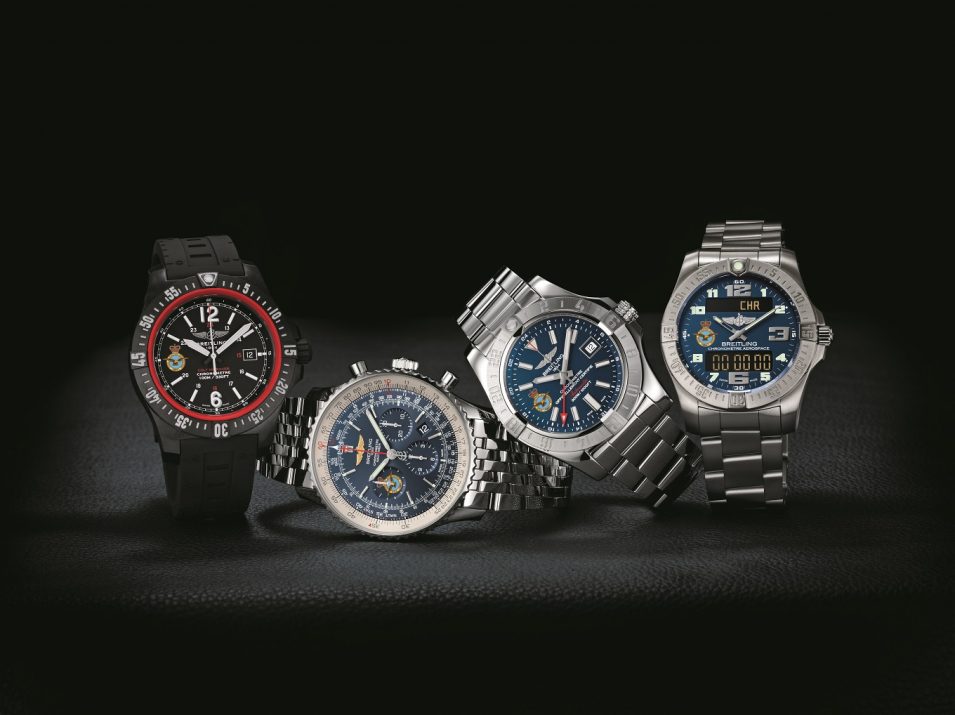 In a world of watches where a lot of the history has been forgotten or gone bust, where the special editions don’t really seem that special any more, it’s good to know that some real connections aren’t just a mere marketing ploy. One of those is Breitling and professional grade instruments. It’s literally their tag-line ‘Instruments for Professionals’. One set of professionals that use their instruments is the Royal Air Force, the world’s oldest independent air force, which celebrates 100 years of service in 2018. Breitling pays tribute to this with four limited edition pieces adorned with the RAF crest. 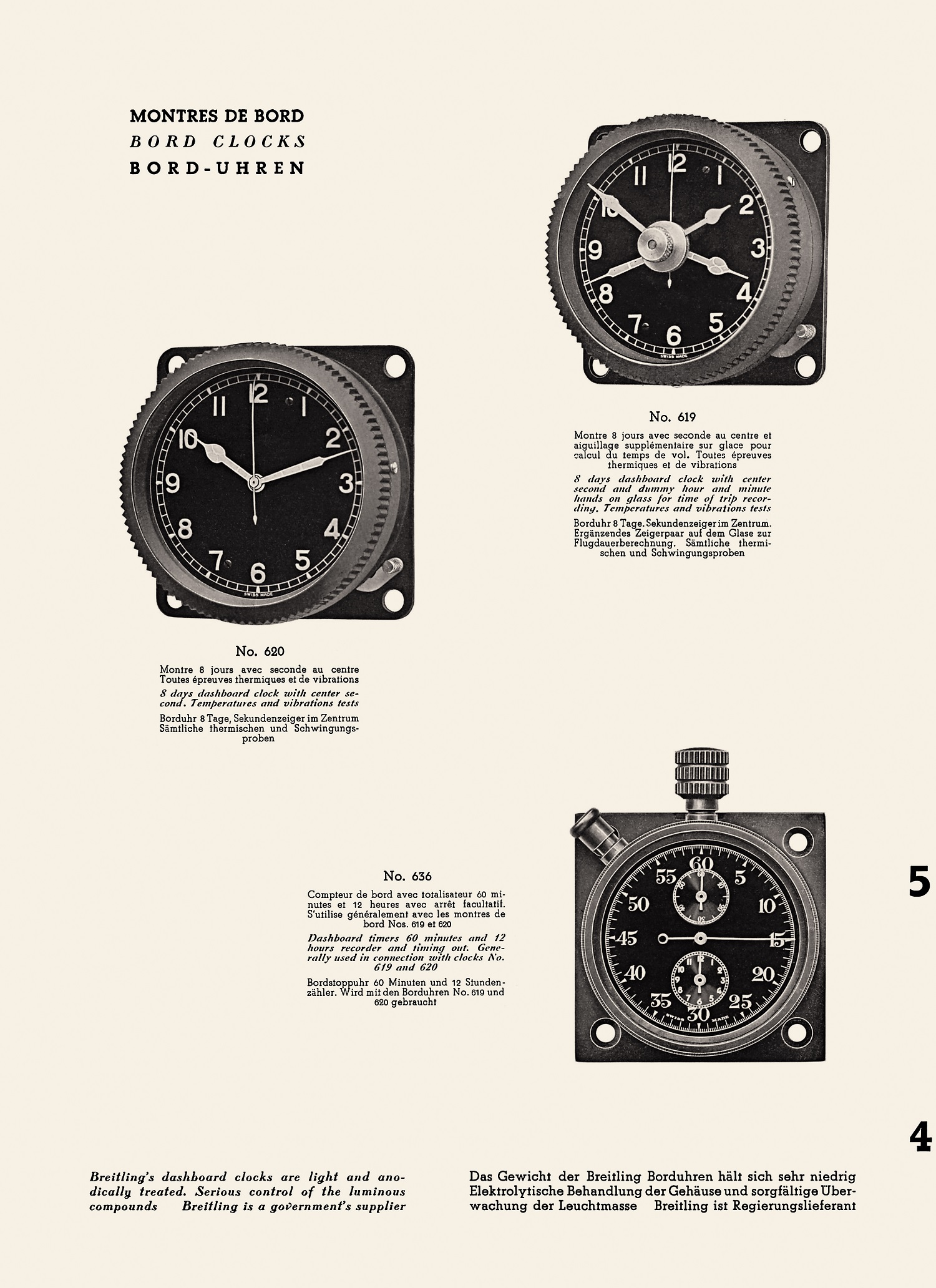 “Breitling and the Royal Air Force have a unique shared affinity in the conquest of the skies, a tradition for excellence in innovation and aviation firsts, celebrated in our partnership since the 1930’s. On this significant centenary anniversary Breitling are proud to pay tribute to the world’s first independent air force, as official watch partner to RAFl 00 (sic) – recognising and commemorating the gallant men and women who have served within the RAF during the last 100 years, and inspiring a new generation of aviators towards its legendary future.” – Georges Kern, CEO of Breitling. 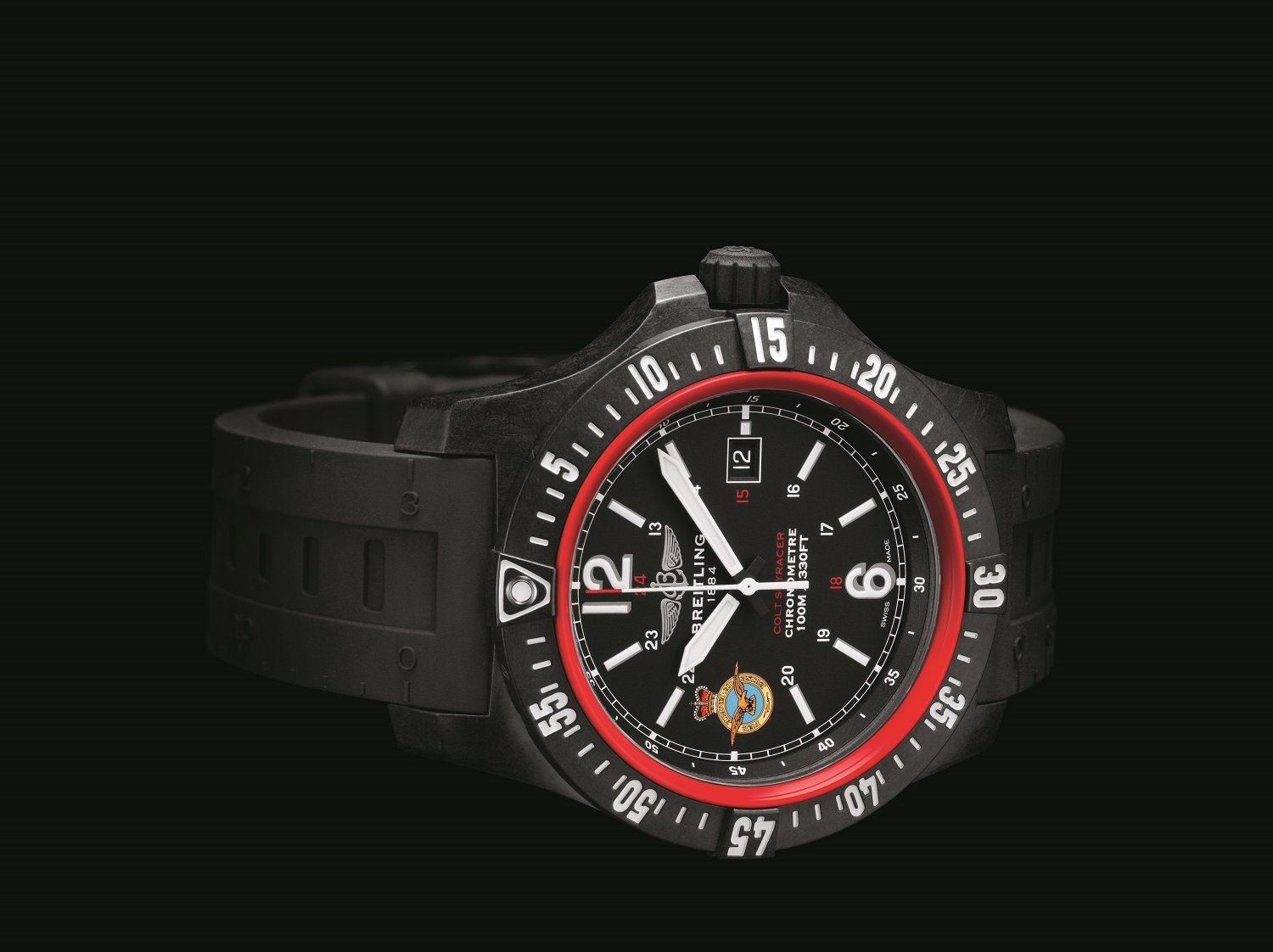 The first limited edition piece is the Colt SkyRacer, which is limited to just 100 examples. This one is apparently for the younger members of the audience with a black rubber strap on a black case made of the proprietary material Breitlight®, a particular type of polymer strengthened by composite fibres. As well as the crest at the 9 O’clock position, the RAF theme also comes in with a red ring around the inside of the bezel. The crest also appears on the caseback. I think this one is great for a collector who wants to be a bit more sporty; they’re just coming into their prime and demanding a watch that can keep up with their super active lifestyle, whether that’s hang gliding, rock climbing or indeed flying. 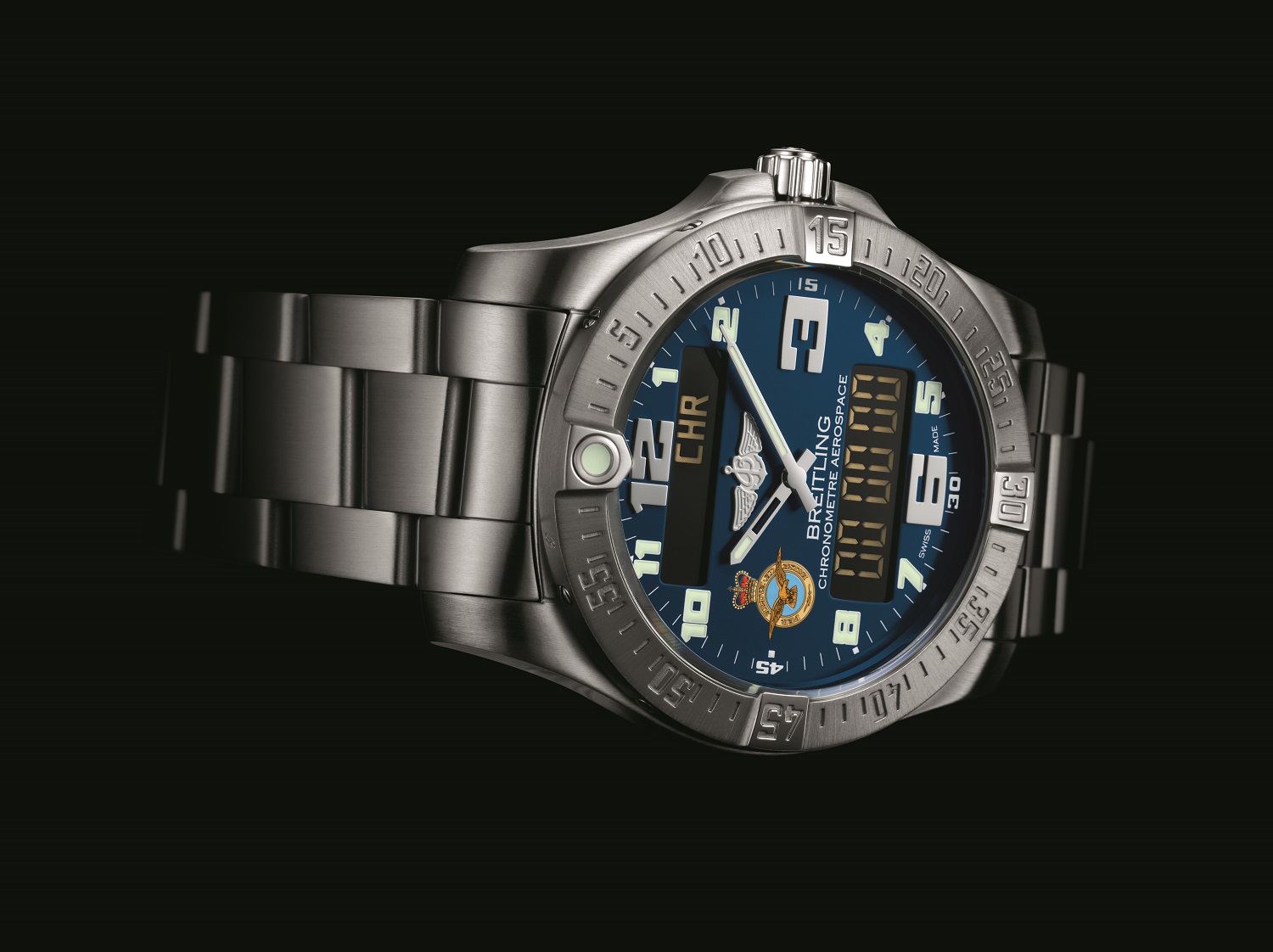 The next piece features another Breitling innovation. Inside the RAF 100 Aerospace Evo watch is Breitling’s SuperQuartz movement, this quartz movement not only needs to exceed COSC chronometer status for a quartz watch but also needs to be thermo-compensated. When temperatures change it can affect the accuracy of a quartz watch, the super quartz can adjust its timekeeping when it detects a change in temperature to compensate for any differences. This watch also features high tech functions, available through the cut-outs on the dial, like a 11100th of a second chronograph, a second time zone, a countdown timer, a calendar and the digital version of a minute repeater. All this information comes through two small screens which are safe for use with night vision goggles and won’t blind the pilot at night. Of course, there’s the ‘Mariner Blue’ dial with the RAF crest on it as well. 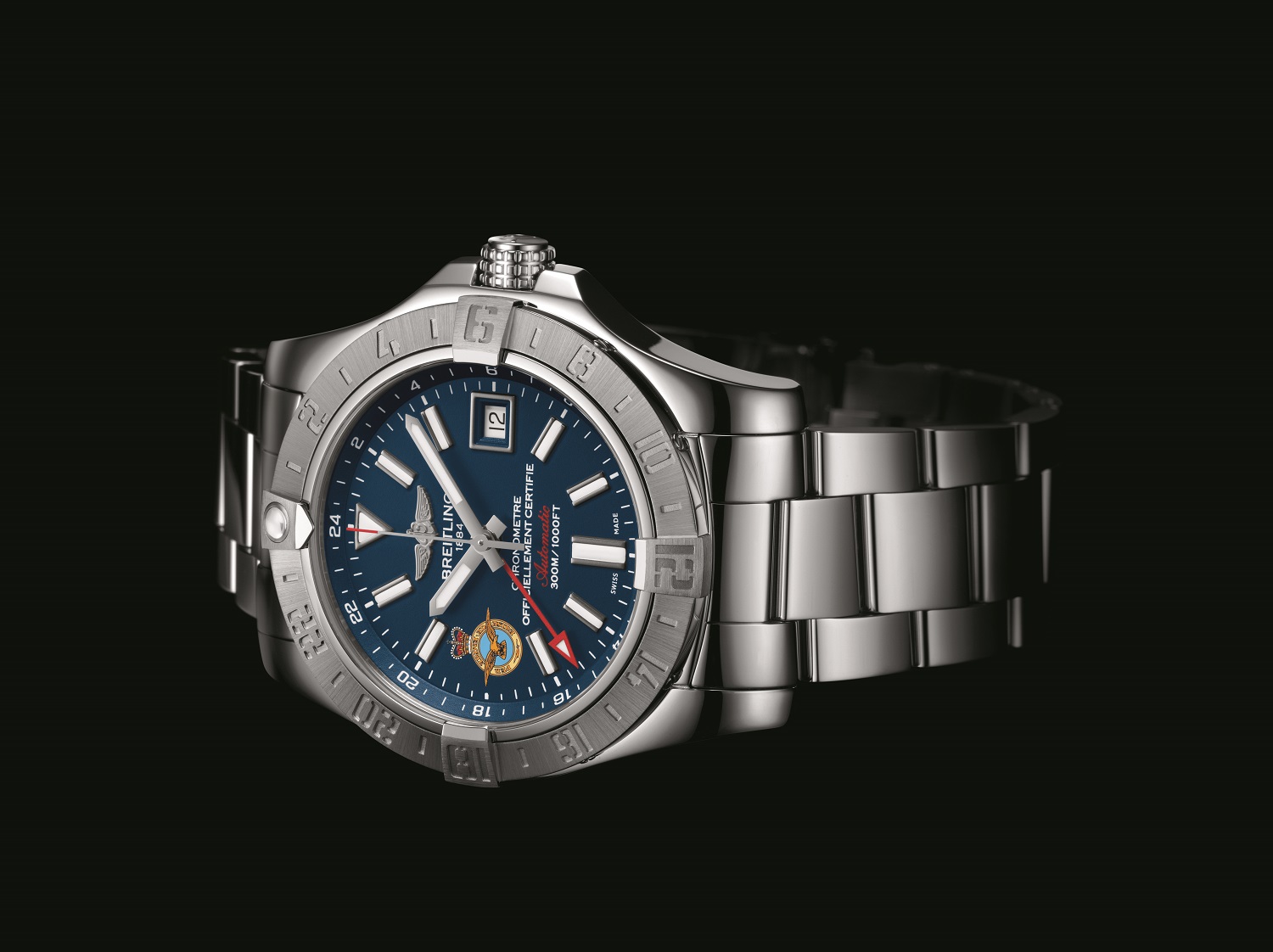 The third watch is for those who want a little less in terms of practical functionality than the Aerospace Evo, but want a little more horological clout as well. The Avenger II 100 GMT is a recognisable watch, which I think is pretty good looking, even more so than their Superocean range. Limited to, you guessed it, 100 pieces this Avenger II would scream RAF even if it lacked the crest on the dial. The dial is blue, as we’ve come to expect, and the GMT hand and the text for the word ‘Automatic’, which has been written in cursive, is also red. Couple that with the white of the lume on the dial and you get the red-white-and-blue theme of the RAF roundels, and indeed the Union Flag. This watch also features a laterally reinforced ETA-2893-2 movement and a case that’s water resistant to 300m. 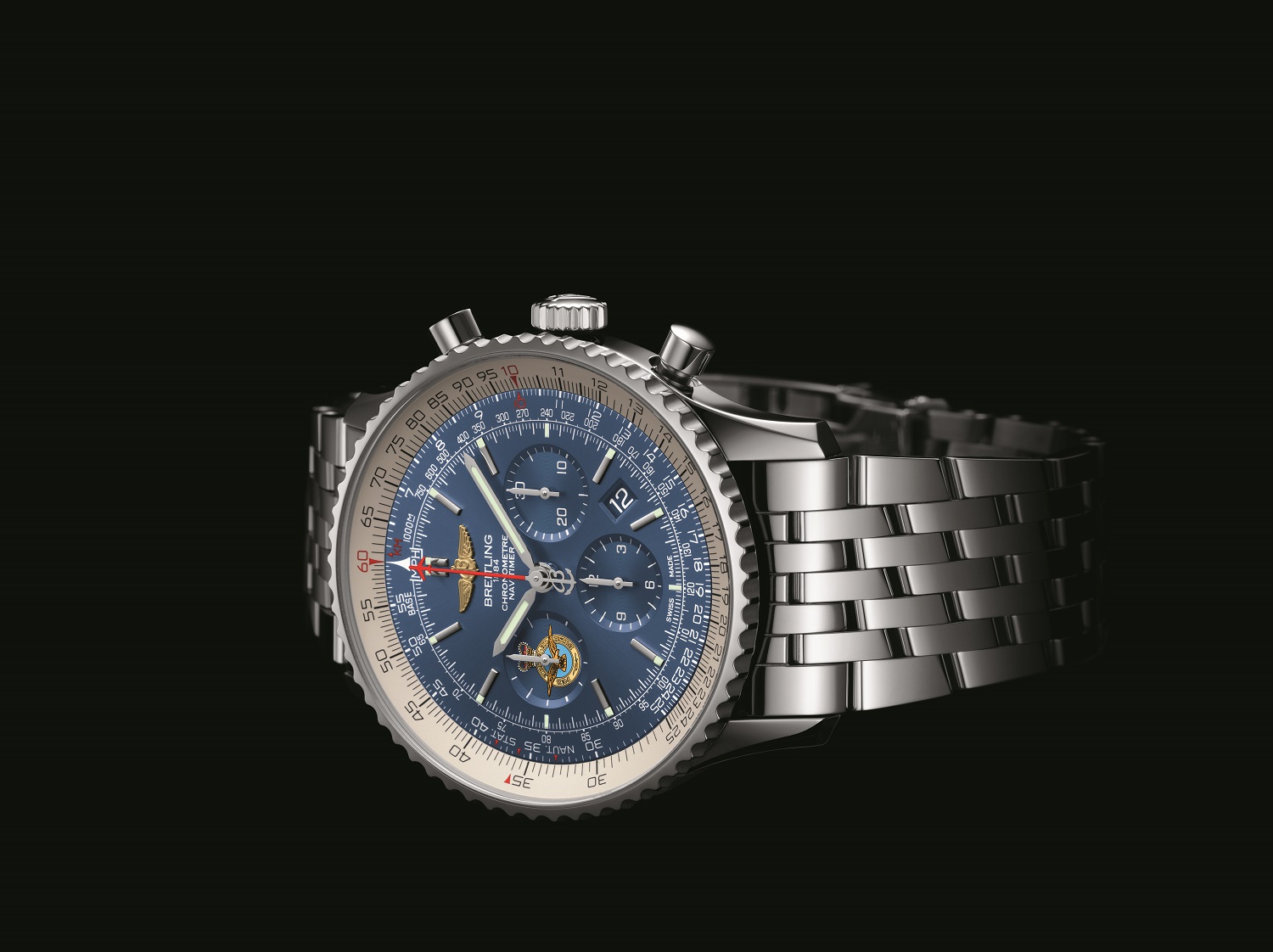 The final part of this four-piece limited edition run is based on what is undoubtedly Breitling’s most iconic model: the Navitimer. Specifically, this is the Navitimer B01 46, which is the larger model featuring Breitling’s in-house B01 calibre featuring date and a chronograph with column wheel and a vertical clutch. The red chronograph seconds hand contrasts well with the blue dial and white slide rule bezel. The original pilot’s watch certainly looks magnificent here in this colour combination with the RAF crest and the gold winged Breitling logo making the watch look like it has its aiguillette on for a formal occasion. This one is even more limited than the other pieces, just 25 of the RAF 100 themed Navitimers are going to be made. It is the perfect pilot’s watch and therefore best suited to none other than the Royal Air Force.

I hope that these watches will be appreciated in years to come, much in the same way the RAF has been here since its inception. These would make excellent gifts to servicemen or servicewomen working in the force; they are watches to be worn proudly, in the same way, one wears their medals. Visit Breitling here.