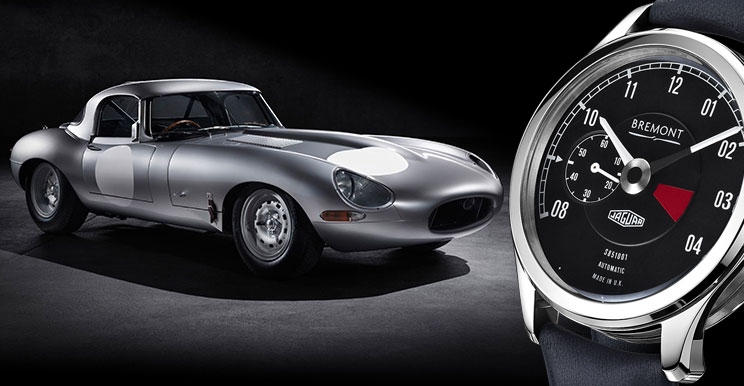 Bremont has recently unveiled their latest collaboration with Jaguar at the Pebble Beach Concours D’Elegance motor show, aptly named the Bremont Lightweight E-Type that was featured alongside you guessed it, the new Jaguar Lightweight E-Type.

It all began when Jaguar announced that they were going to finish building the ‘missing’ six Special GT E-Type project cars that were originally built in the 1960’s. They had originally build 12 with the intention of building 18, but the remaining 6 cars were never built leading to the name the ‘missing’ six. With that in mind, Jaguar approached Bremont, who they had the pleasure of working with previously on 2 different prototype cars, the Jaguar C-X75 from 2010 and the XJ75 Platinum. With an already well-established relationship it was only fitting that both British companies would collaborate again and here today is the fruits of their labours together. 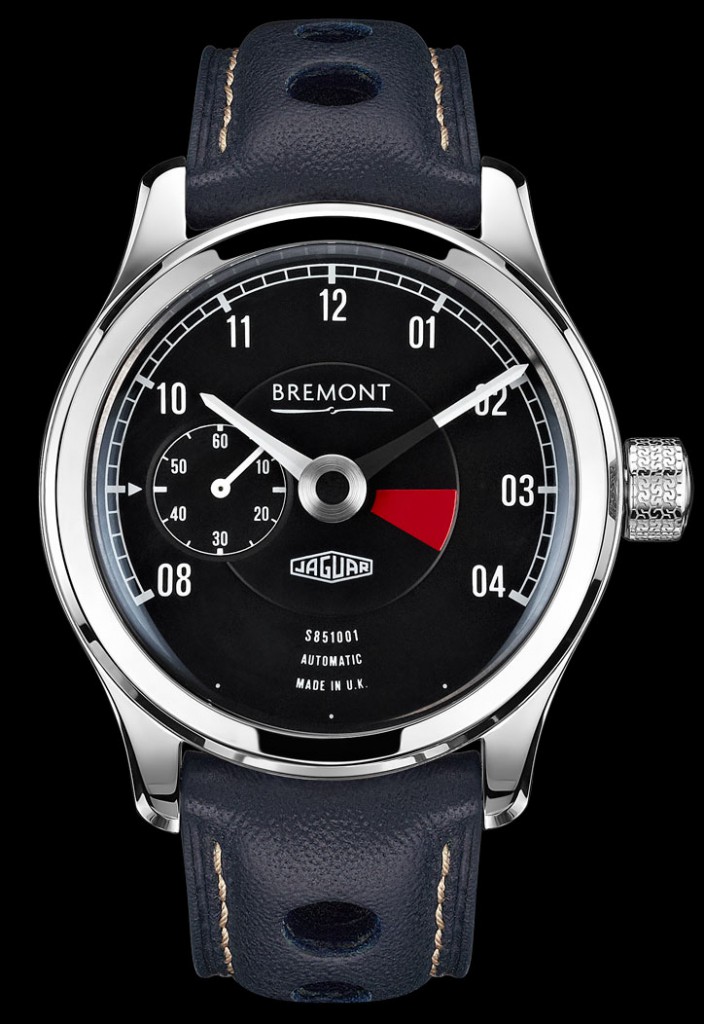 The Bremont Lightweight E-Type is a Bespoke wristwatch that will only be available to the customers of the six Jaguar E-Type cars, meaning that there will only be 6 made, making it extremely limited in number. The watch boasts some very unique and insightful features that Bremont has gone to a lot of lengths to make sure will form a strong connection between car and watch. Giles English, one of the founders of Bremont; stated;

“Creating the watch proved to be a fascinating project, as we were given access to the Jaguar archives in order, for example, to ascertain the exact font for the numerals used on the dial of the original rev counters. The fact that we were required to make just six examples enabled us to be very creative in a way that is not always possible when designing a watch for larger scale production – and that’s why we have been able to feature touches such as using real wood for the rim of the ‘steering wheel’ winding rotor. Each watch is, essentially, bespoke.”

And boy does it show when you take a look at this amazing timepiece! Formed around a 43mm white gold Trip-Tick case construction, the watch uses aluminium saved during the cars construction as the central band of the case that will be anodized to match the colour of the designated car it will compliment. Also featured on the case include the winding crown that is engraved with the pattern of the period-correct Dunlop racing tyres along with Connolly leather material for the strap, the same leather that will be used to trim the car interior.

The dial also draws inspiration from the E-Type Jaguar with the use of the red RPM indicator between 3 o’clock and 4 o’clock along with the same chamfered hands that are found on the car. Everywhere you look the Bremont Lightweight E-Type shows signs of its inspiration and nothing is clearer than when you turn over the watch to reveal the crystal caseback featuring one of the most beautiful winding rotors I’ve seen on a wristwatch. 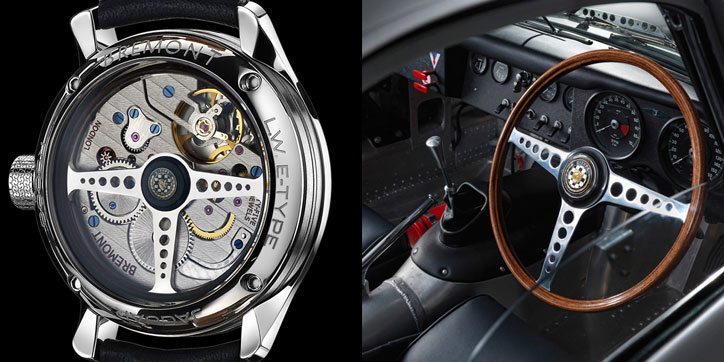 Taking its inspiration directly from the steering wheel of the Jaguar, the winding rotor is an identical copy of the steering wheel down to the 3 tapered spokes and even the logo at its centre. The movement itself is the Bremont BWC/01 Bremont proprietary, self-winding movement, with 25 jewels, and over 50 hour power reserve that you can find the features of in the product specifications section below.

Even with such a great caseback there’s one feature that has yet to be mentioned that really makes the wristwatch become part of the car. The unique and individual chassis numbers of the cars being built that will be incorporated into the dial just above the 6 o’clock indicator and on the caseback, the engine number associated with the car it will be paired with. So each of the 6 wristwatches will have the chassis number and engine number of the corresponding car, a very sentimental and personal addition that I’m sure the owners will greatly appreciate. For more info, please visit bremont.com