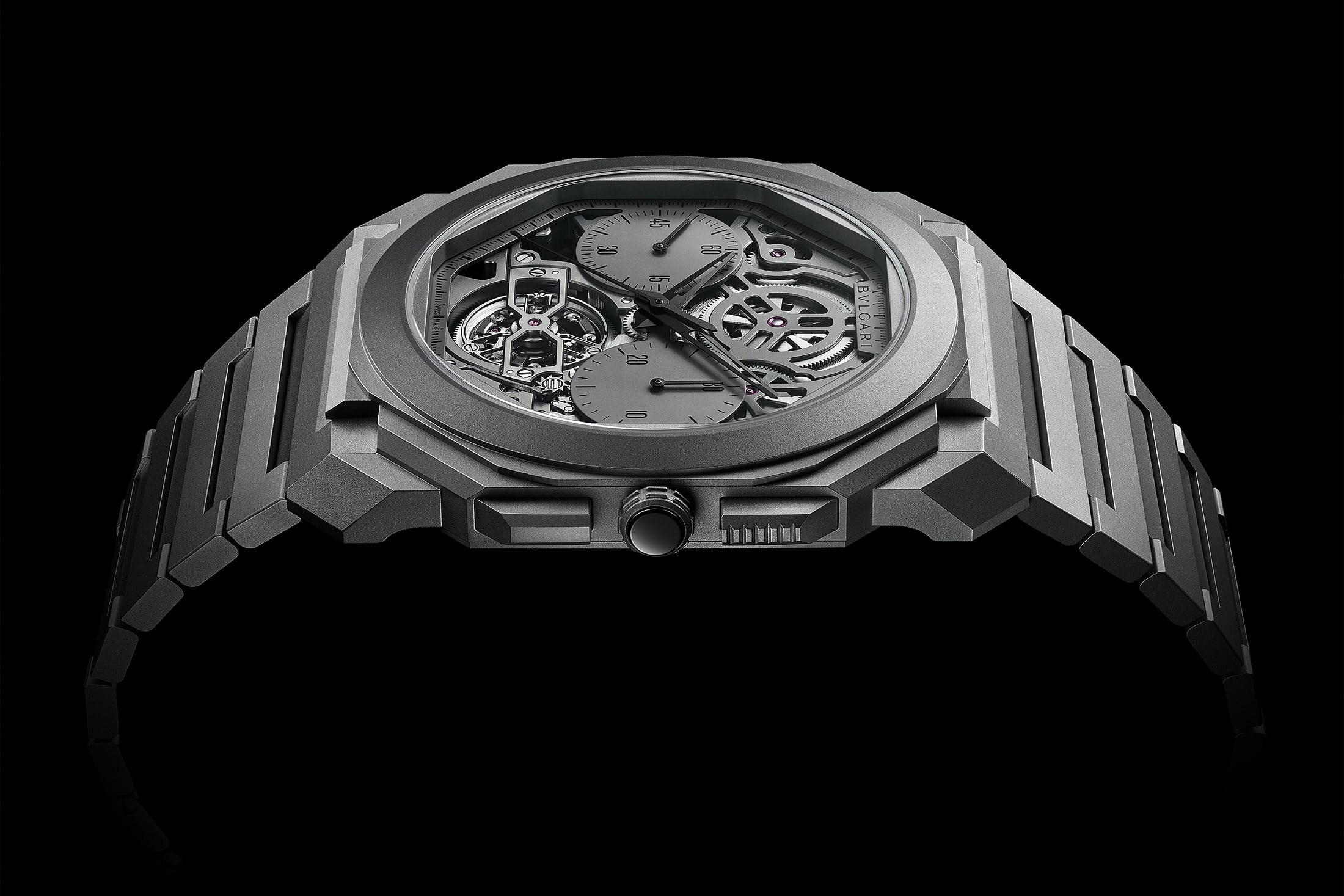 The new Octo Finissimo Tourbillon Chronograph is, as claimed by Bulgari, the world’s flattest tourbillon chronograph watch. The calibre BVL 388 measures just 3.5mm thick, but it’s still able to fit in those complications and a 50-hour power reserve. The entire watch is 7.4mm thick as well, but it’s quite wide at 42mm across. There’s plenty to see, as the dial is skeletonised so the calibre BVL 388 can be shown to the world. 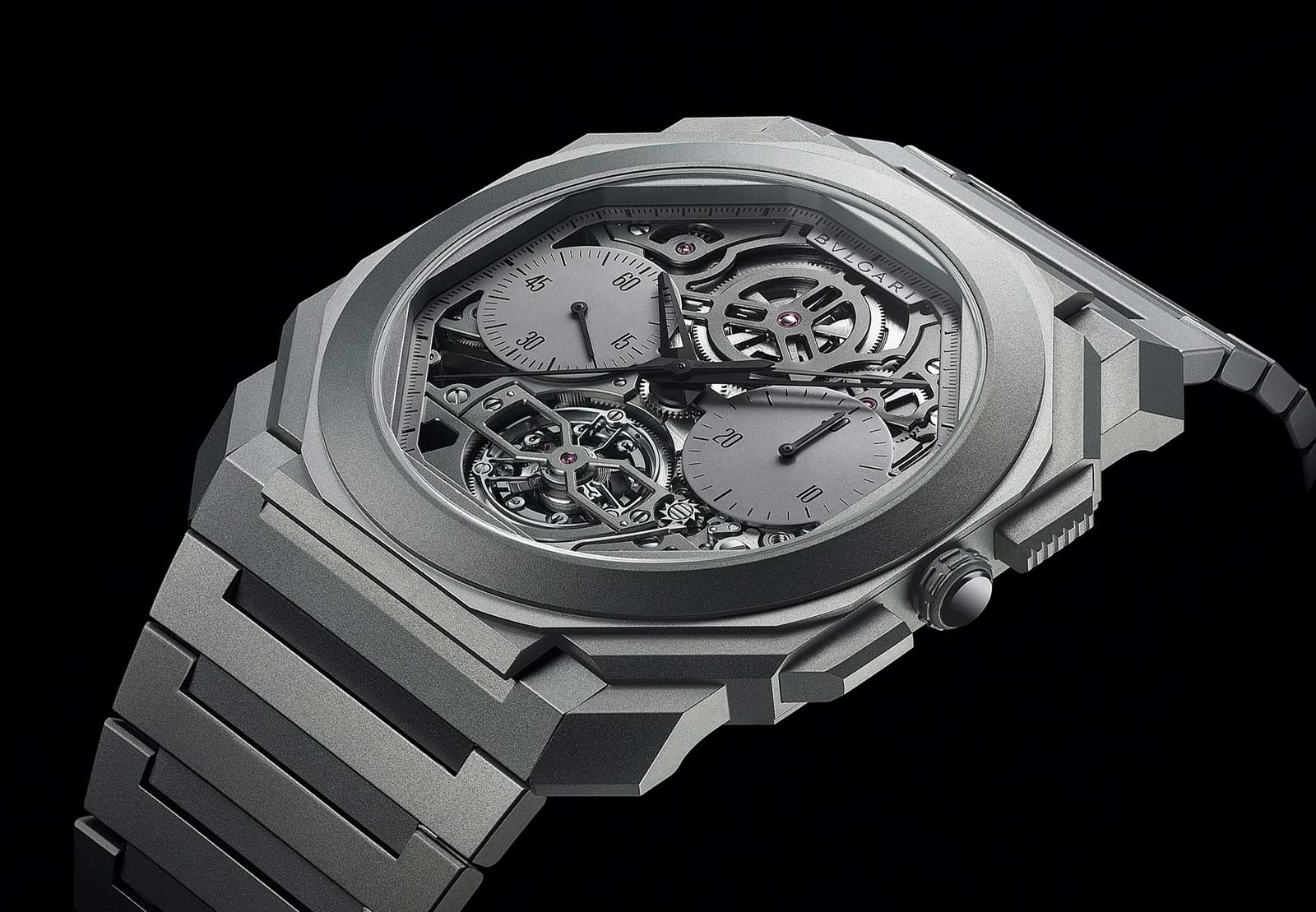 To achieve that record thinness, several steps have had to be taken. Interacting with the movement is done via the crown as expected, but controlling the function of the crown is done so via a pusher on the side of the case (this watch has a monopusher chronograph). This interacts with the column wheel visible around the back to swap the crown between winding and time setting when pressed. 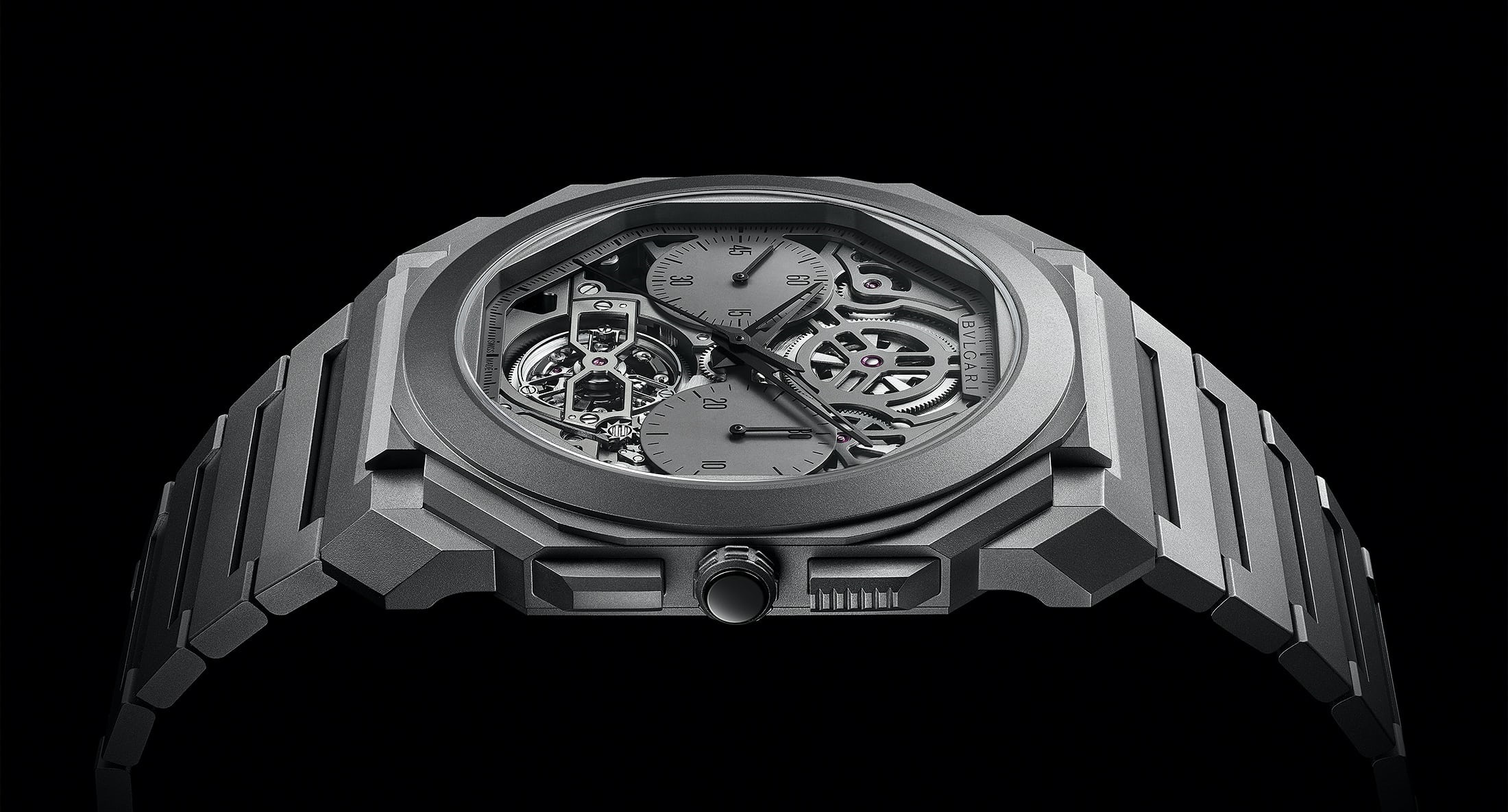 The tourbillon also has had a few changes to fit into the watch. The weights for the balance wheel are set within the wheel itself to keep the unit both small and flat. The tourbillon also now drives itself around from the edge with a set of gears rather than using a pinion like an ordinary tourbillon. This would technically make it a carrousel like Blancpain makes, but nobody seems to have mentioned that. 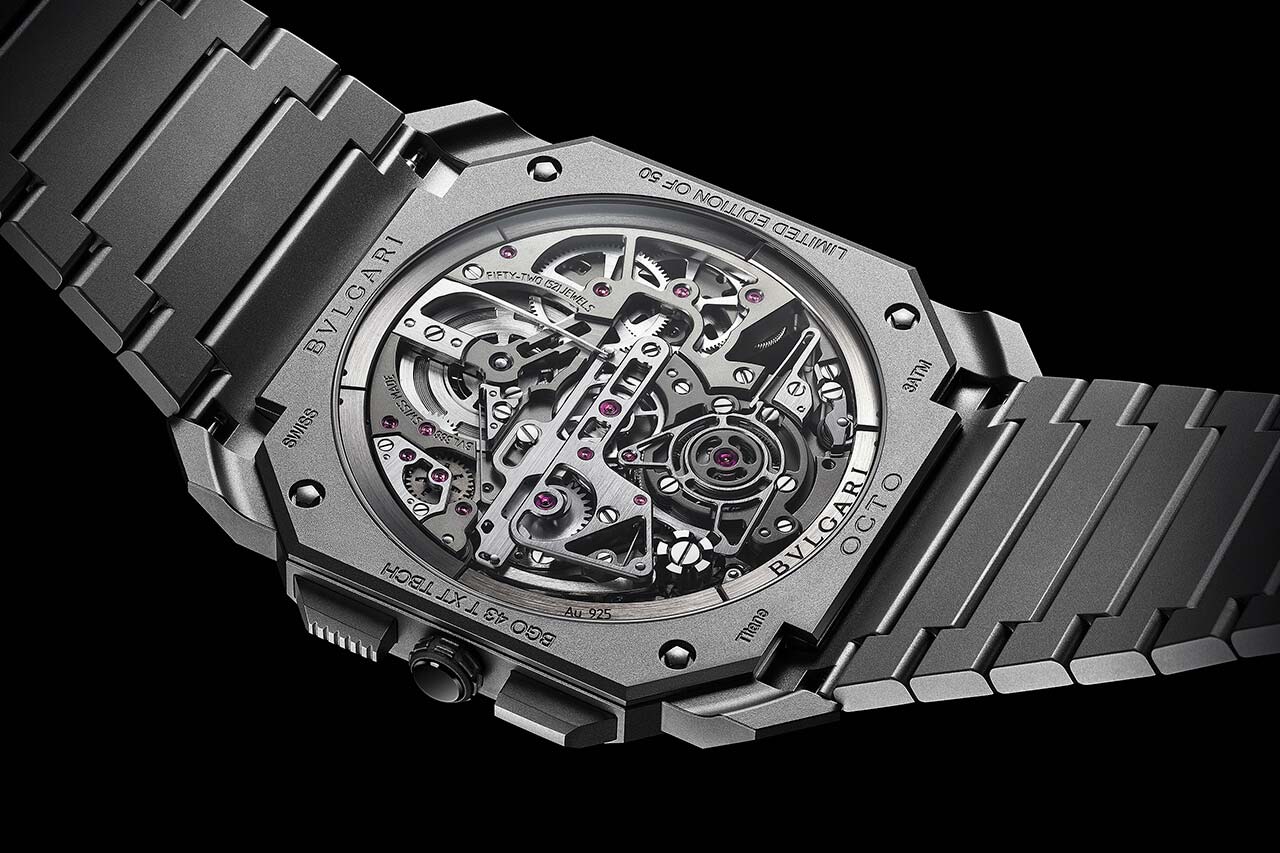 Did we mention that this watch is also automatic? The winding rotor can be seen around the edge of the movement. This periphery winding system means the watch doesn’t add another layer on in the form of the rotor; it’s in line with the movement. 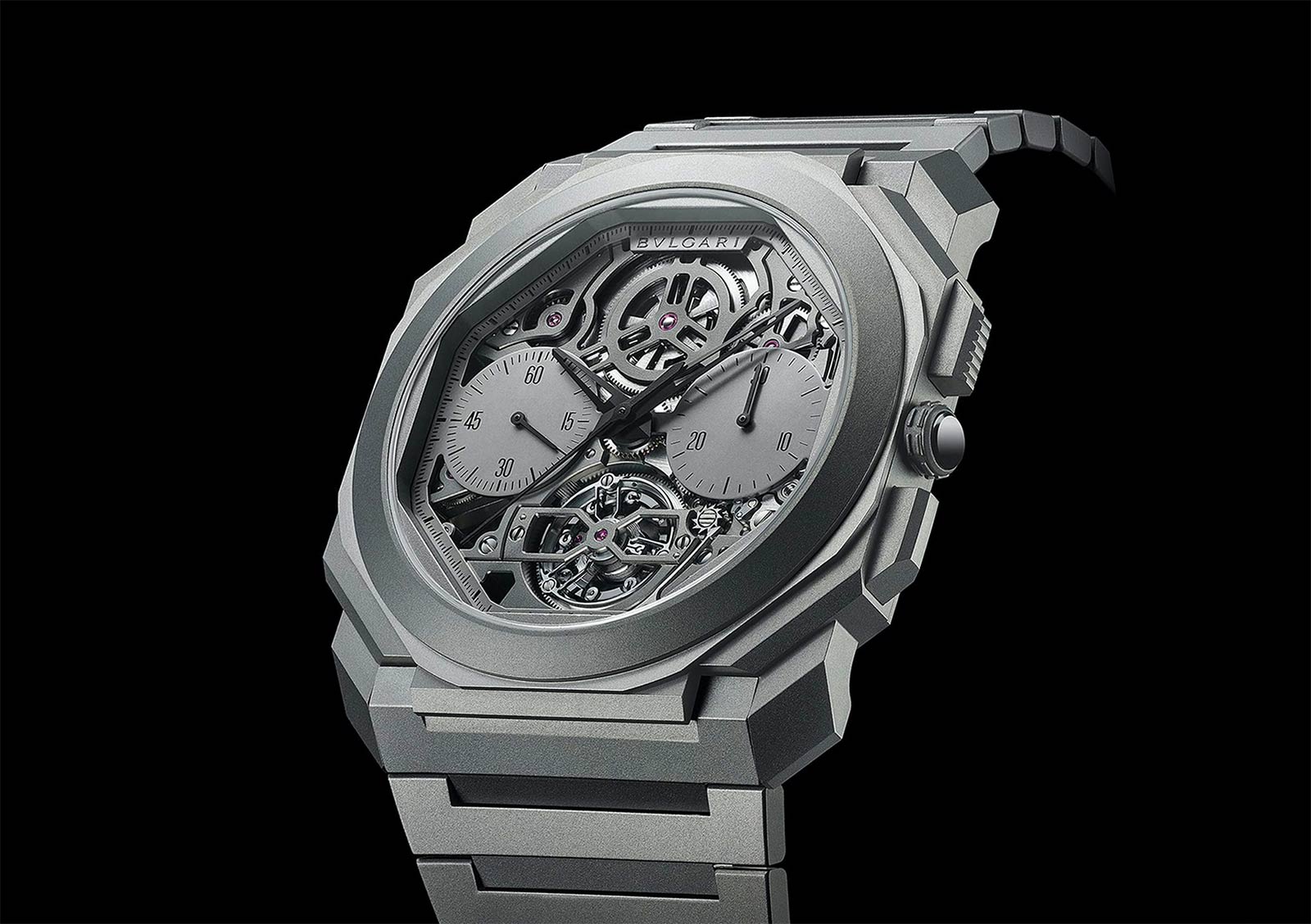 This much horology in such a small package in a titanium case with a titanium bracelet won’t come cheap. Indeed, the price for one of these is €150,000, and they’re limited to just 50 examples worldwide.