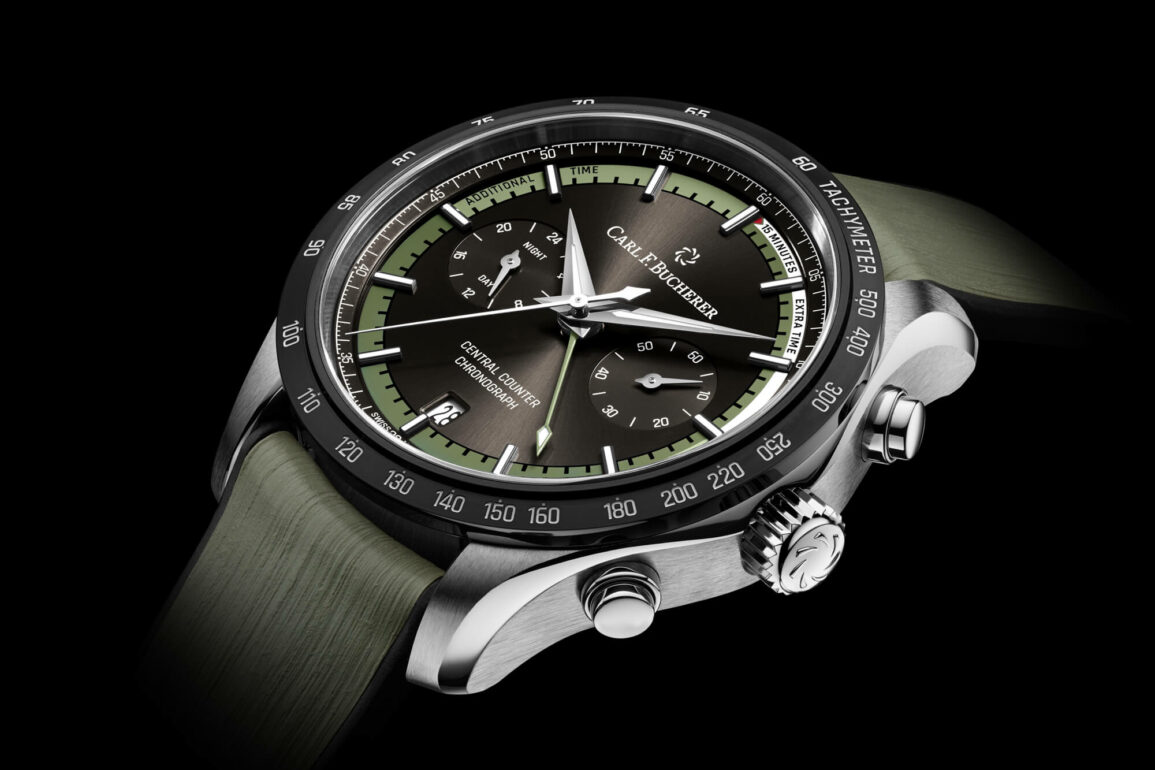 Carl F. Bucherer is an enthusiast’s watch brand, and there’s no other way of describing them. If you’re into your watches, the chances are you’ve heard of them and probably like one or two of their models, but outside of the watch community, they’re probably not well known at all. It’s one of the reasons we like to write about their watches, although we should stress that it’s not our job to drum up their audience for them. Nevertheless, a new model has come out just in time for the holiday shopping season. 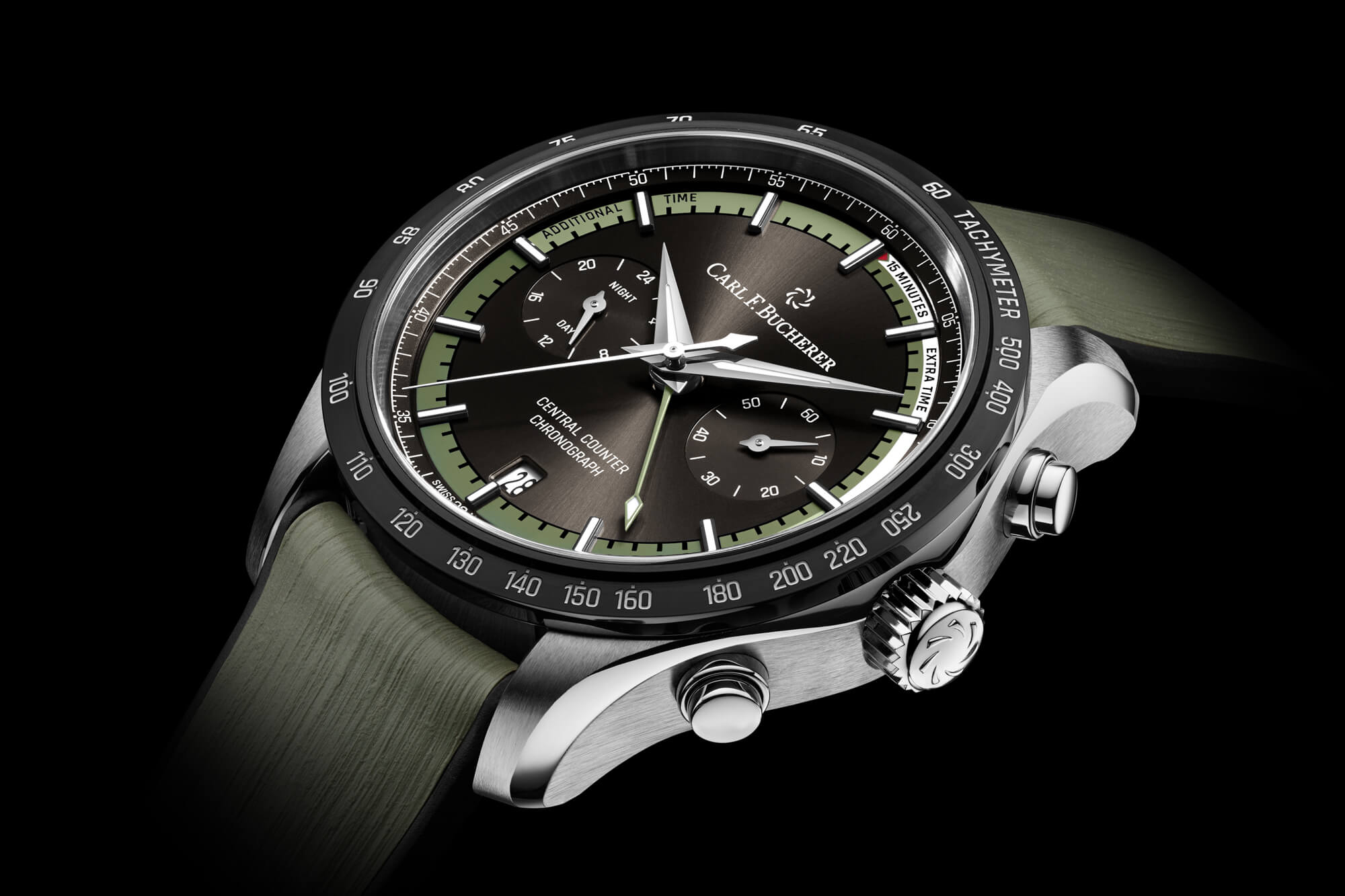 The Manero is a popular line from Carl F. Bucherer, and the new Manero Central Counter hopes to continue that popularity while introducing new themes to the collection. Carl F. Bucherer themselves say this is a “lifestyle-driven chronograph” watch, which explains the militaristic khaki colour of the strap and dial. Nevertheless, it’s still an example of a contemporary design done right, and I particularly like that they didn’t go overboard with the ‘lifestyle action man’ appearance. Although it does have a tachymeter bezel, a DLC-coated one at that, it’s fixed, so there aren’t any silly grips to accentuate it and make it bigger than it needs to be. 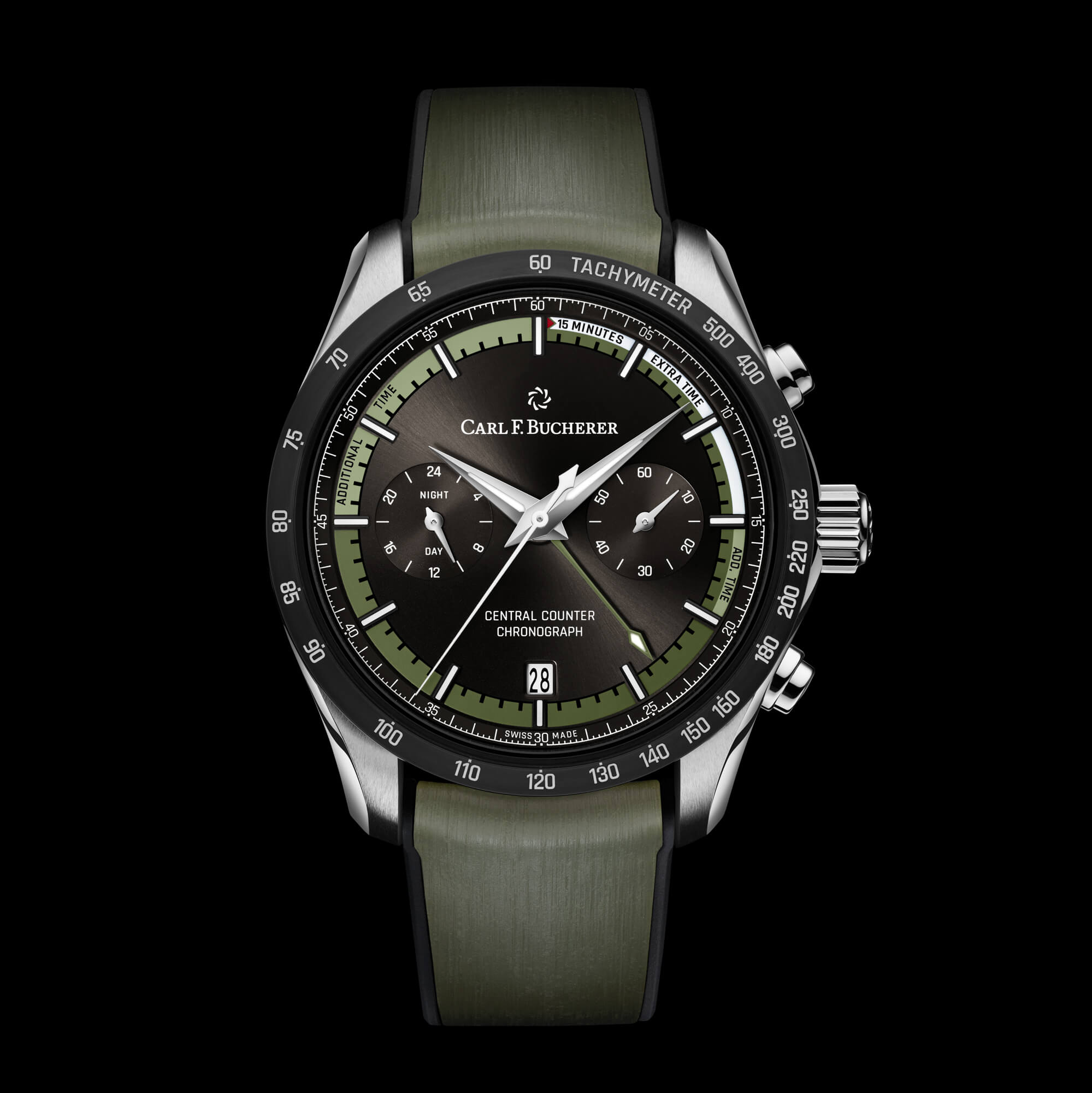 Having said that about the watch’s design, it’s 42mm x 14.43mm, so it’s still a chunky watch. The brushed and polished case looks good, though, and the dark green coloured dial with sunray polishing looks good too. The chronograph, unlike other watches, displays its minutes counter using a hand located at the centre of the dial. This gives you easier reading of elapsed minutes, and can be seen on Breguet’s Type XXI as another example of this layout. This is also sometimes called a central minute totaliser. A GMT hand is also present in one of the subdials, replacing an hours counter, which means this is a 1-hour chronograph. There’s also a dare window. My favourite part of the dial, though, is the pair of dauphine hands which are probably my favourite hand shape. They look so classy. 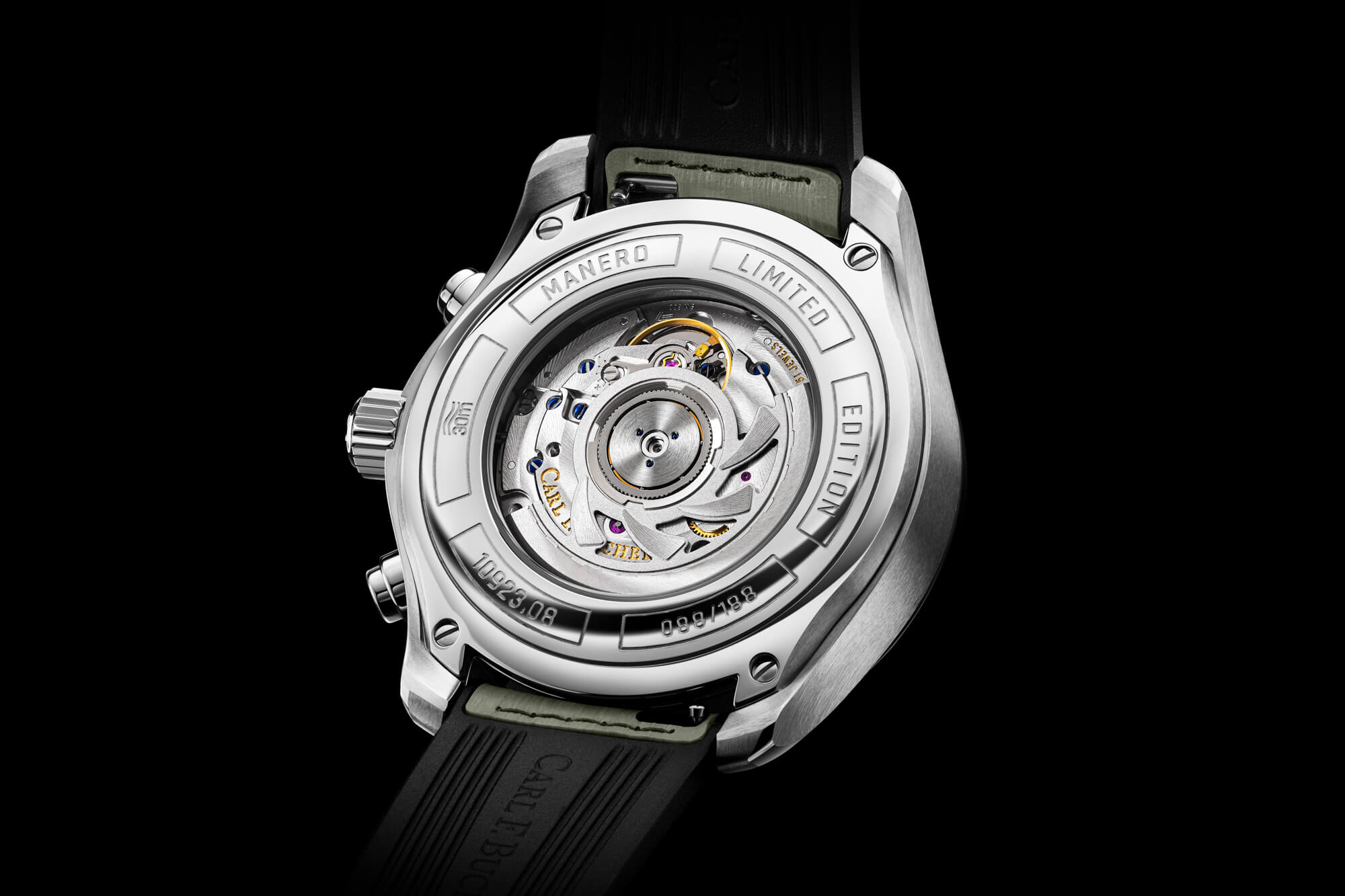 Around the back and visible through a sapphire caseback is the self-winding calibre CFB 1967. It’s based on a Sellita calibre with a chronograph module but has a customised rotor in the Carl F. Bucherer style. It has a 44-hour power reserve and a 4Hz beat rate.