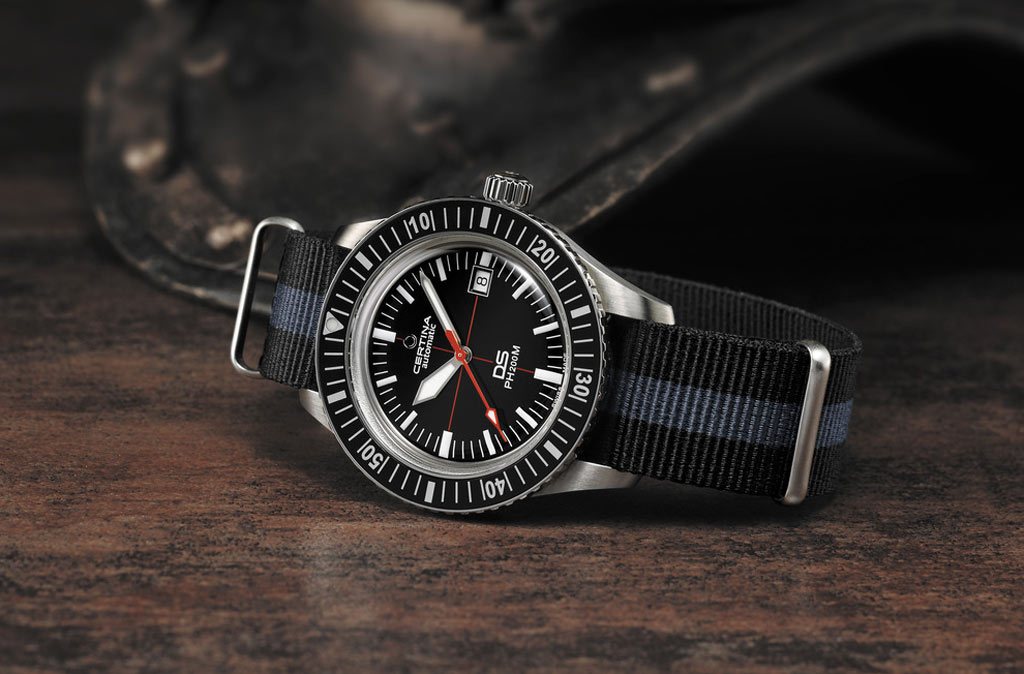 Despite being in the industry for 130 years, Certina remains a brand only well known to watch connoisseurs. Derived from the Latin “certus,” which the English “certain” descends from, Certina boasts a rich heritage.

In 1959, Certina set themselves the objective of creating a new marketplace niche based on quality through engineering and technical design. Thus Certina created the concept of suspending the watch movement inside a highly reinforced case, which they named DS for “Double Security”. The Certina DS were the first watches to increase shock protection and water resistance to 6 m (previous watches were set at 2.2 meters). From then on, the Certina DS started conquering extreme conditions, both in the skies and the seas.

In 1960, the Certina DS proved its robustness during an international expedition on the first successful ascent of the 8,167-metre-high Dhaulagiri in western Nepal. It overcame all the challenges from strong temperature fluctuations to considerable height and pressure differences. In 1965, the Certina DS took part in the US Navy’s Sealab II underwater project, which involved scientists and divers working in a diving station in different areas of marine research. They confirmed that the Certina DS is absolutely reliable under all conditions. In 1969, The DS was part of the Tektite underwater experiment, in which four scientists lived in two underwater residential tanks for two months under NASA observation. The Certina models worn by the scientists achieved the very best scores. The achievements can go on and on.

The DS PH200M is a reissue of a 1967 Certina, almost entirely faithful to the original, with the exception of a few modernizations. Still present are the lovely sword hands, cross-hair dial, and fully-hashed bezel with aluminium insert. Most surprisingly, Certina also fitted this watch with a “Hesalite” (acrylic) crystal, a rarity on modern watches. 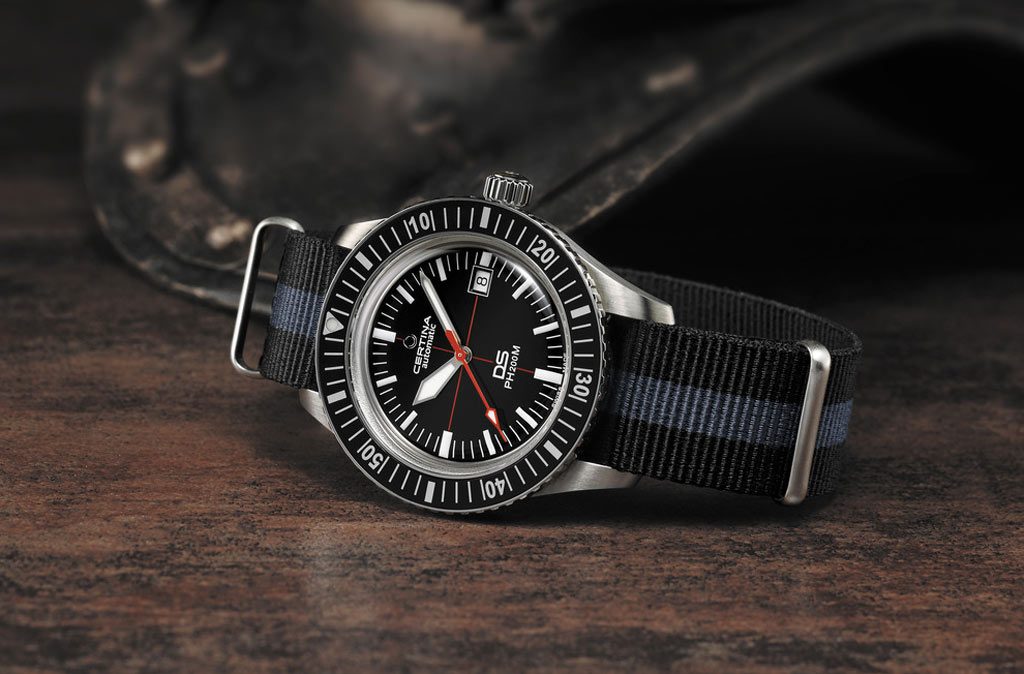 The DS PH200M features a stainless steel case with a 60 click black unidirectional bezel. The striking monochrome aesthetic is achieved via the black dial and white Super-LumiNova coated hands and indices. The contrast guarantees a highly legible dial enhanced by the coating that illuminates at night or deep in the ocean. Certina’s logo – the turtle – is engraved on the case back for a unique finish. Within the DS is the Swatch Group favourite ETA Powermatic 80 movement which has a date (at 3 o’clock) just like the original, and the famous 80 hours of power reserve. As we can see from the DS name, the watch is water resistant up to 200m. With the watch coming at 42.8 mm, it might not be suitable for smaller wrists, those with big wrists however would applicate the weight and heft that the DS has to offer. Fasten the DS PH200M with a black and grey striped Nato strap or a brown calfskin leather strap for a more formal occasion

Certina watches has always enjoyed getting to the bottom of things not just in terms of precision and durability, but also where ocean research is concerned. In its latest creation, the Swiss watch brand is reviving a historical model that is just as current today as it ever was. The new Certina DS is priced at $735 and is defnintely worth checking out. Visit Certina here.