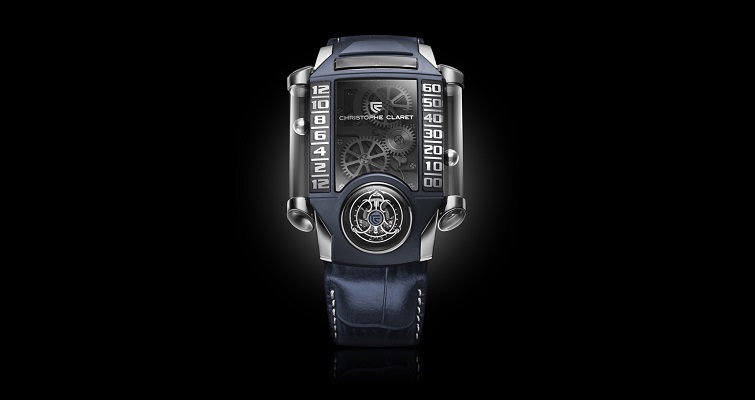 X-TREM-1, the first of a new generation of timepieces, represents a major technical and aesthetic accomplishment: a flying tourbillon inclined at a 30° angle, mounted on a three-dimensional curvex titanium mainplate, equipped with a retrograde hours and minutes display system that is radically different from existing watchmaking conventions. Two tiny hollowed steel spheres, isolated within sapphire tubes on the left and right sides of the caseband magically move with no mechanical connection thanks to magnetic fields. 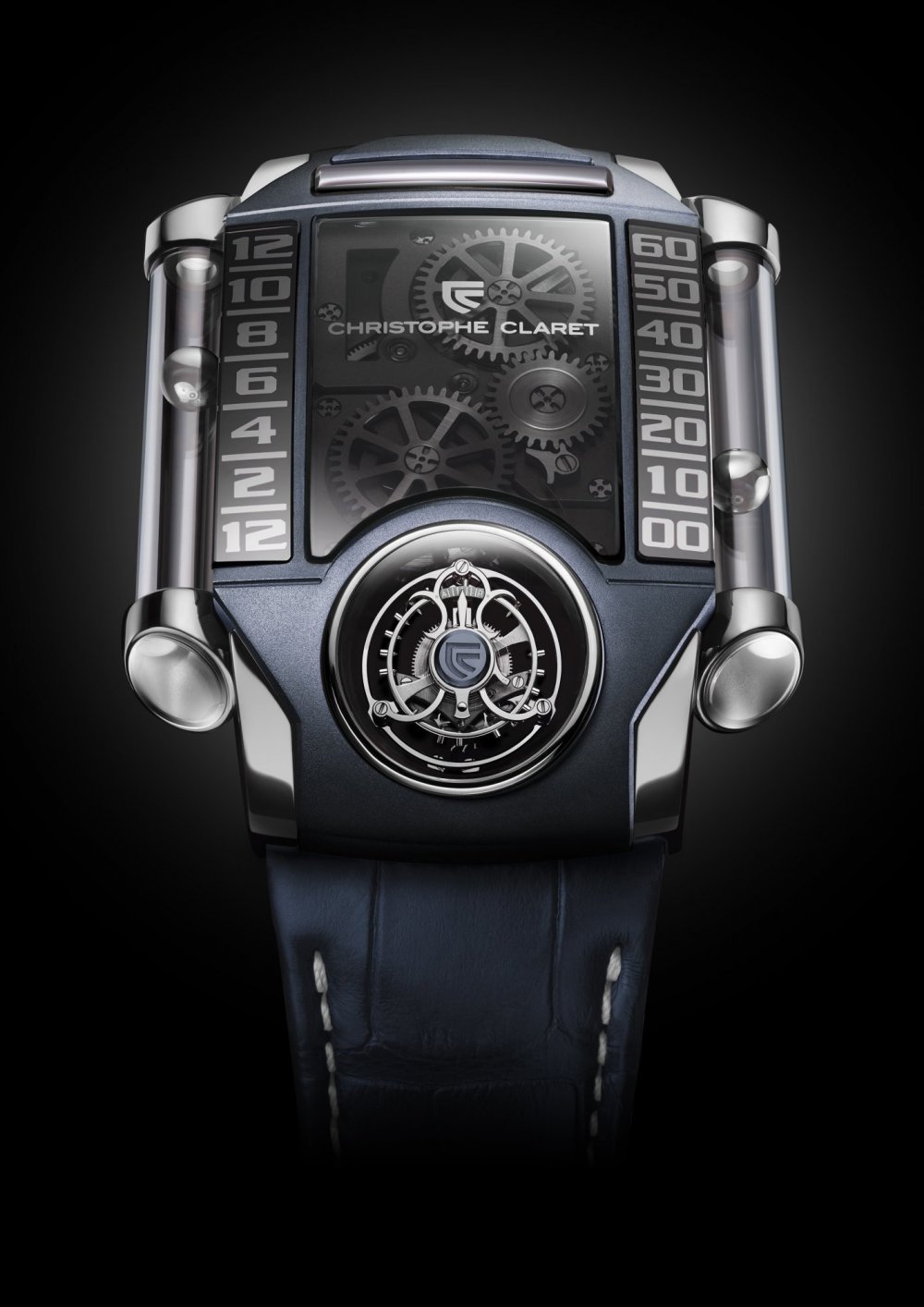 As with the previous versions of the X-TREM-1, the Blue variant displays the hours and minutes by means of two tiny hollowed stainless steel spheres isolated within sapphire tubes on both sides of the caseband. The entire mechanism is revolutionary and one of the most innovative mechanisms developed for telling the time. The way it works is through magnetic fields. The two spheres 0 which appear to be floating in their respective tubes are controlled by magnetic fields generated by two magnets moved by ultra-thin surgical silk thread. Thanks to the magnetic fields generated by the magnets, the spheres have no mechanical connection to the movement and float inside the tubes, as if by magic. The important thing however, is the precision-focused magnetic fields that must be specially designed and placed as to not effect any of the movement whatsoever. The way you tell the time is by following the 2 steel balls, each one placed on either side of the case, that move up and down the cylindrical tubes with the hours and minutes indicated on the inside track of the tubes. 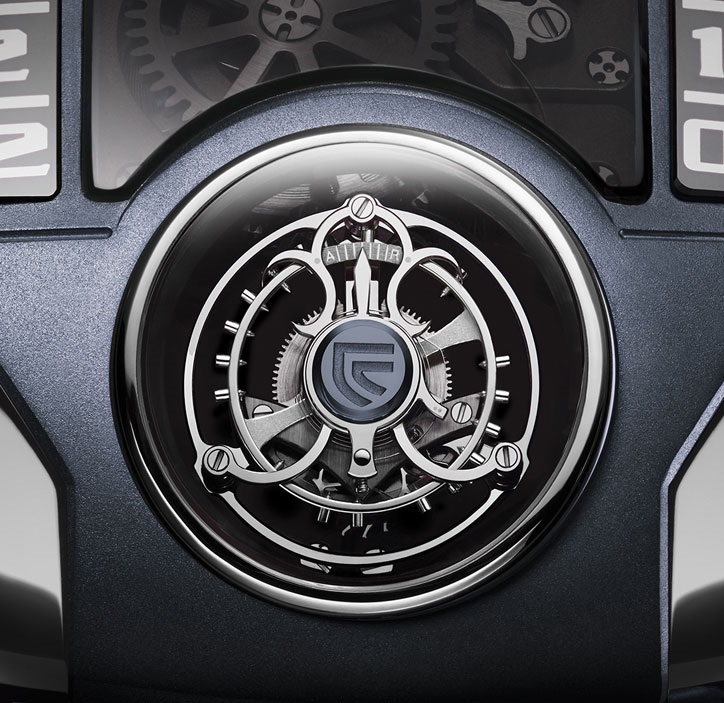 The X-TREM-1 Blue does have a few differences from its predecessors in appearance. The case is finished in white gold and slate blue PVD titanium with the same internal workings as the others in the X-TREM-1 range. To see it up close and personal be sure to visit the Christophe Claret exhibition at the Four Seasons Hotel in Geneva from the 18th to the 22nd of January. For more info, please visit christopheclaret.com