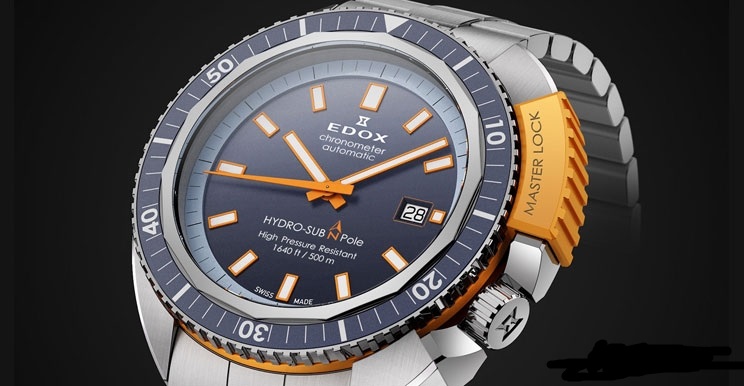 Edox relaunches a legend of the deep

Launched in 1965, the Edox Hydro Sub was an ultra-tough diver’s watch that was water-resistant to an incredible, for the time, 500m. Now nearly 50 years later, boutique family owned Swiss watchmaker Edox has brought this legend of the deep back to play a special part in a unique North Pole challenge and to mark the company’s 130th anniversary in 2014.

Limited to 350 pieces worldwide, the Edox Hydro Sub North Pole Limited Edition will be the official timepiece of an expedition by champion free diver Christian Redl and Australian photographer Markus Fillinger to the geographic North Pole in February 2015.

The pair will trek from northern Canada through extreme conditions (temperatures down to -40C) to the Pole where Redl will make the first-ever free dive – without breathing gear – under the ice cap. Redl will wear the Hydro Sub during the mission and on his historic plunge into the frigid waters.

The Hydro Sub will play a vital part in the mission; like its 1965 predecessor it is water-resistant to 500m but this model also has a unique moveable crown protector to shield the crown from the extreme conditions Redl and Fillinger will encounter. 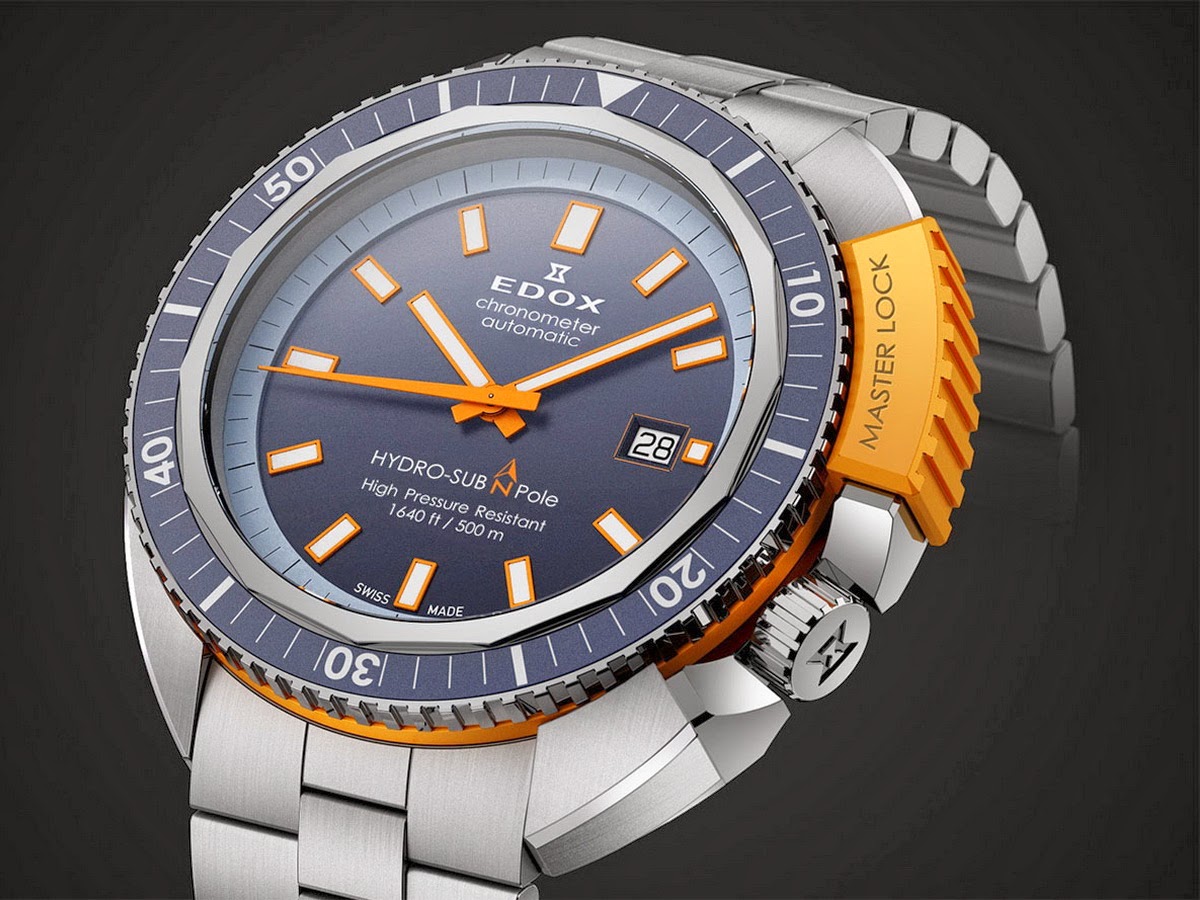 The 49 mm watch has an officially certified Swiss automatic chronometer movement at its heart and the caseback will be specially engraved to mark the North Pole mission.

The Hydro Sub comes with a metal bracelet but also a collector’s box housing an additional orange and water-resistant leather strap and tool to change the bracelet.

The Hydro Sub pays testament to Edox’s expertise in superbly engineered and highly water-resistant timepieces, a heritage began in 1961 with the launch of the revolutionary Delfin, water-resistant to 200 m thanks to its cutting edge double- crown gasket, double caseback and extra shock proofing.

The 2015 North Pole expedition is the supreme test for man and machine, just the sort of challenge that fits the ethos of the Les Genevez- based Edox.

To celebrate its 130th anniversary, Edox is releasing special updated editions of several of its most influential timepieces; the Hydro Sub, the Les Bemonts Open Vision Automatic and the revolutionary 1970’s World- Timer watch, the Geoscope.