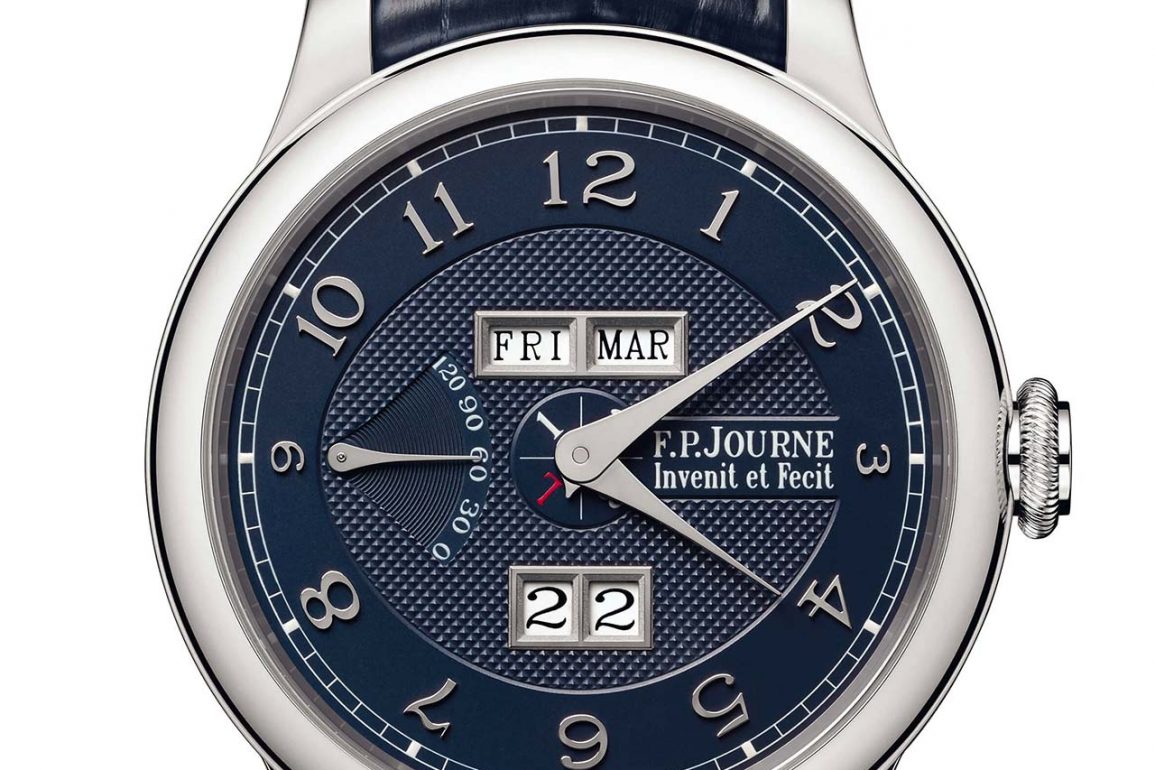 If you’re in the market for a perpetual calendar watch, then chances are you’ve got a fair bit of dosh to spend. Naturally, you’d be looking at something from the “holy trinity” of watchmakers, those being Patek Philippe, Vacheron Constantin & Audemars Piguet. You might even look at something less conventional like a Breguet or an A. Lange & Söhne, but if you’re really in the know about watches then you’ll probably know about F.P. Journe who has just released a new perpetual calendar watch.

The Quantième Perpétuel isn’t an entirely new model to the brand, having first been launched in 2015, but since then F.P. Journe has graced the watch with two new dials of two different colours. The most noticeable change happens to be on the dial. The centre of it has some attractive clous de Paris guilloché engraved by hand. Also, that oval-shaped centre portion used to have a weird-looking silver surround with screws on it, but these new models go without which makes the dial more cohesive in my opinion. 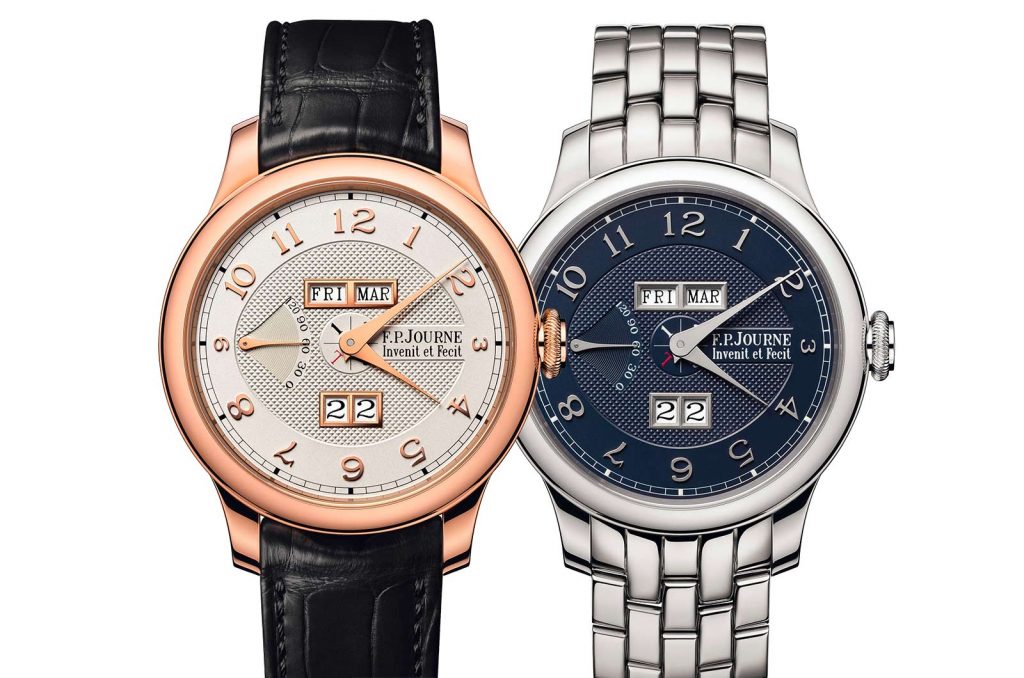 The dials now come in deep blue or silver colours, and you can have those with a case made of either 18k gold or platinum, you can also choose between a 40mm case or a 42mm case, so there’s plenty of variety (plus, I’m sure F.P.Journe’s workshop could cater to specific requests should you have any). You can even choose between a gold bracelet or a leather strap. 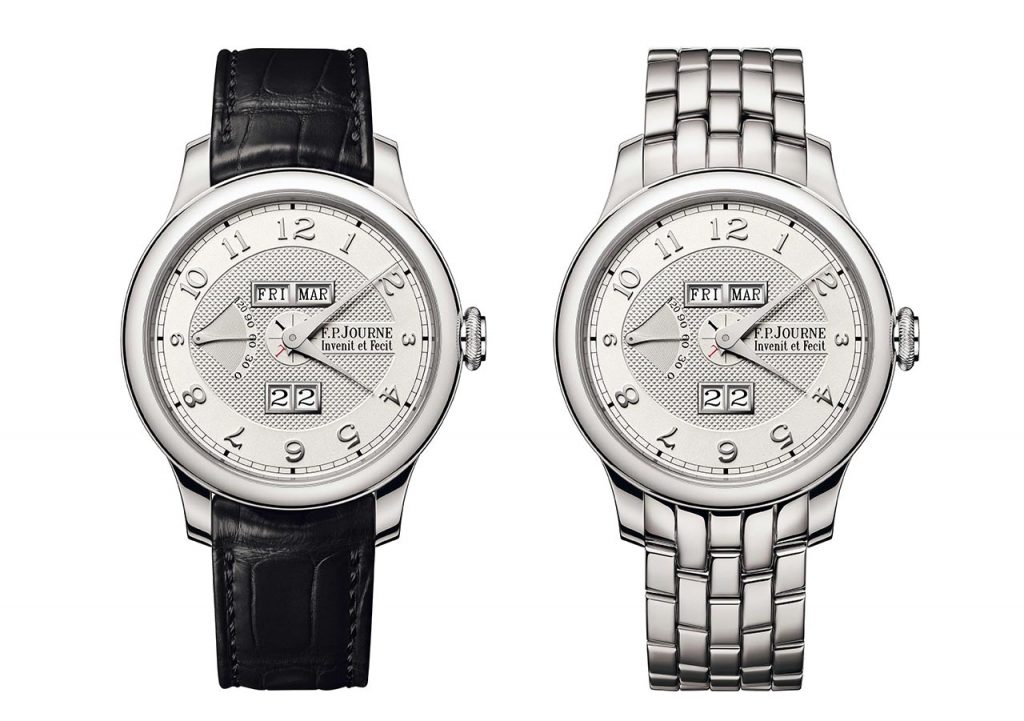 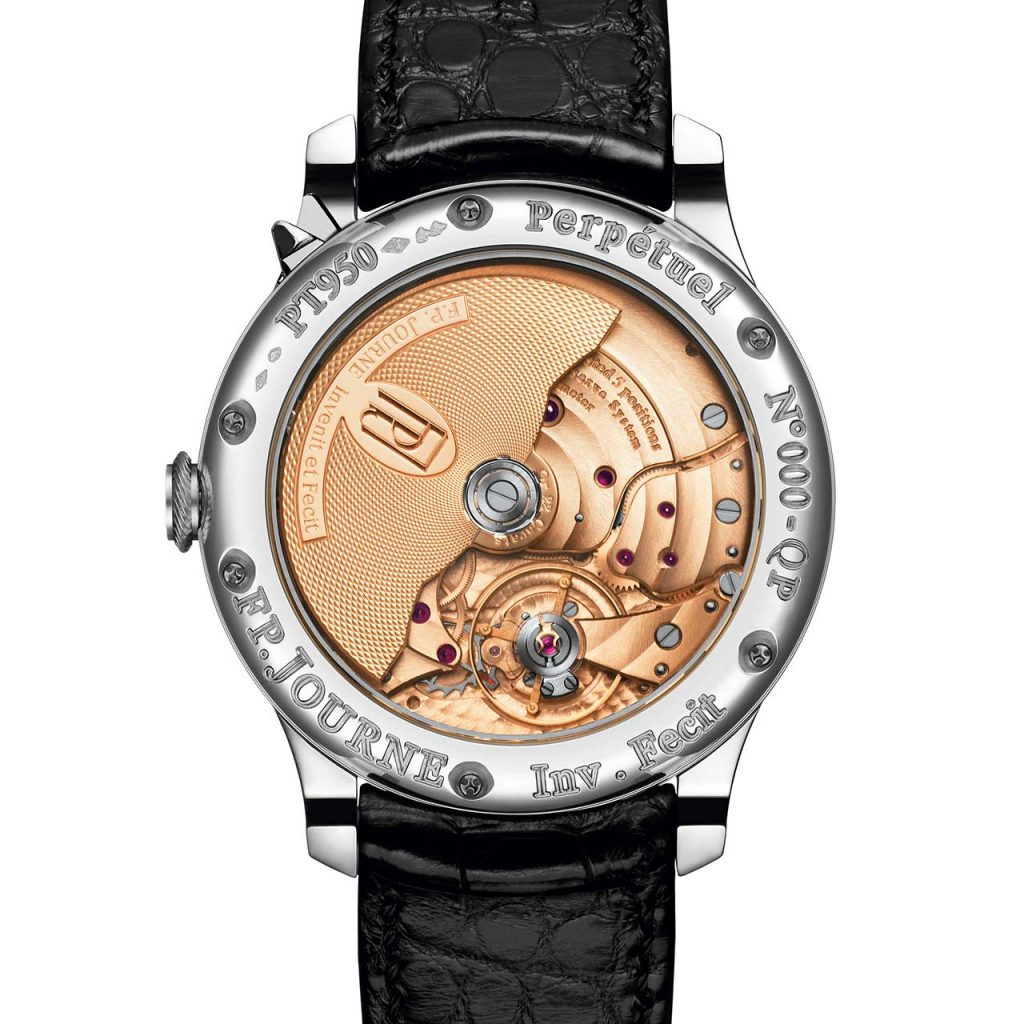 Inside the watch is the automatic-winding calibre FPJ 1300-3 which, unusually, has been made of gold rather than the traditional brass with rhodium plating. It features the ability to “remember” how many days are in each month, as well as track leap years. This means that as long as you keep the watch running, you’ll never need to set the calendar in your lifetime. To remind you to keep the watch wound, a power reserve can be found on the dial. Interestingly, the watch has a power reserve of around 160 hours, give or take ten hours, but the power reserve on the dial only goes up to 120 hours. 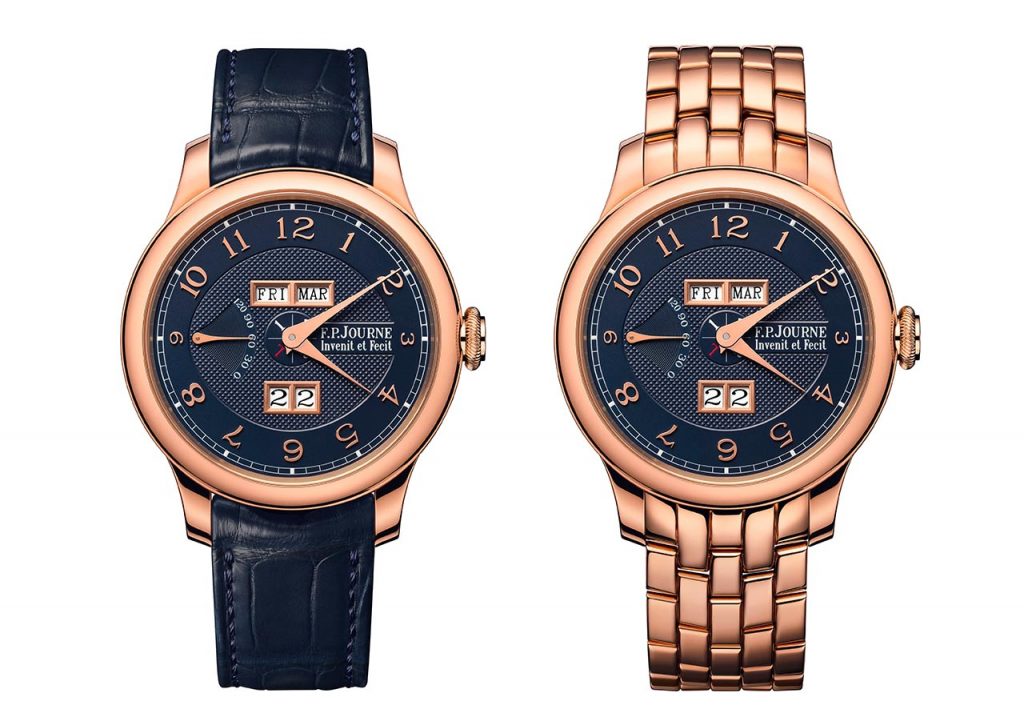 Displaying all the information a perpetual calendar records can be a difficult task, more often than not a dial is crowded with subdials that have microscopic letters and tiny hands. F.P. Journe’s thought about this and is using a system of wheels to communicate the essential information. The day and month names are located above the hands, while the date is made up of two disks below, this date setup is quite similar to that found in some of A. Lange & Söhne’s watches such as the Lange 1. Around the centre of the dial where the hands come through is the year indicator, which tells you whether it is a leap year or not and how far away you are to one.

As you’d expect, a watch of this calibre isn’t going to be cheap. In the 18k gold case, the price is CHF69,600. If you want the platinum version, the cost jumps to CHF73,500, and I’d imagine that the price can only go up from there.