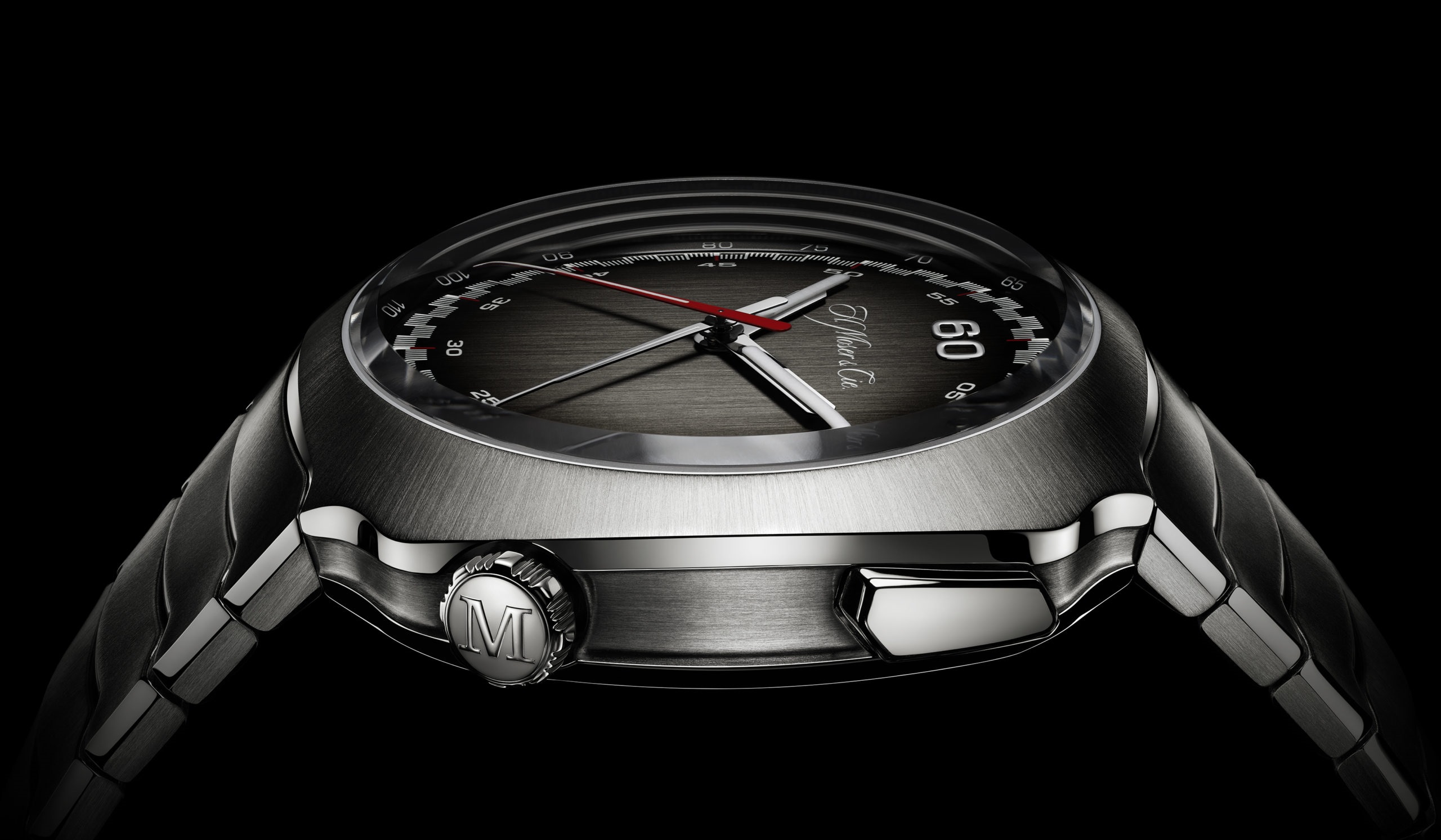 Not willing to be left out of the sports watch competition, H. Moser & Cie brings forward its new watch: the Streamliner. When I say new, I mean brand new. While this watch keeps a couple of the Moser hallmarks (namely the minimalism of the dial), the rest of it has been changed up from what we’re used to seeing from this brand. 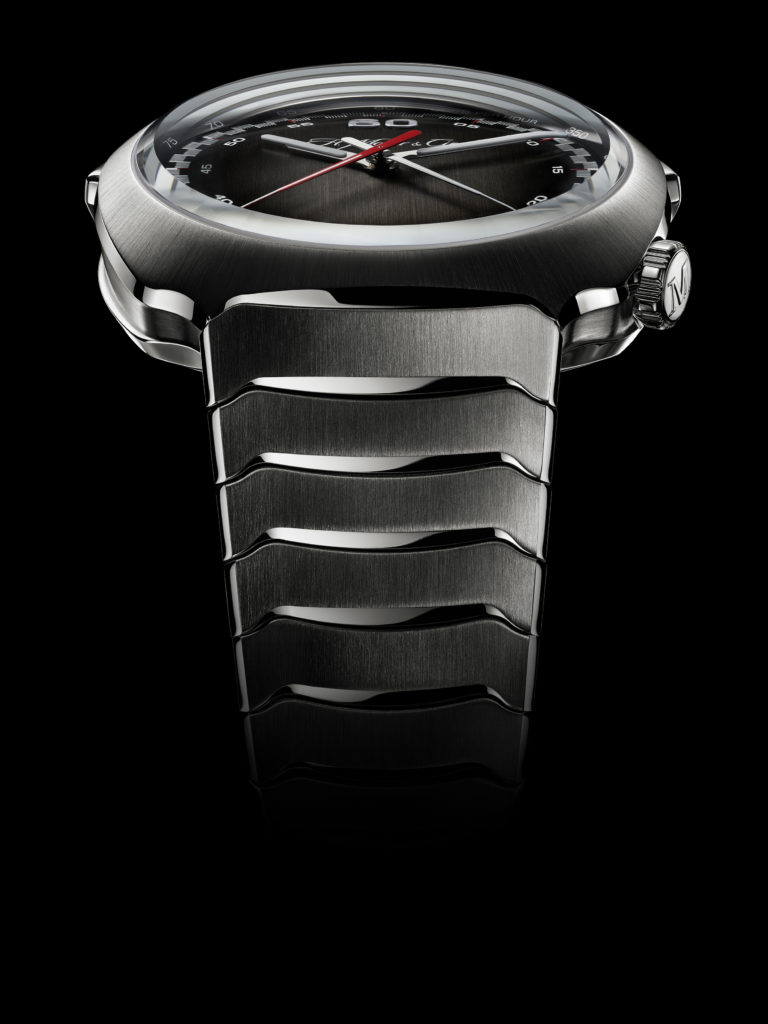 Perhaps the most unusual step away from the brand’s past models is in the design of the watch as a whole. Moser is known for making two different styles of watches, the majority of the range is their unique style. At the same time, the other is a somewhat humorous attempt to mock specific trends stretching from their Swiss Alp watch, which shares a case that’s very similar to an Apple Watch, all the way to their weird-looking mashup thingamajig watch, the Swiss Icons watch, a piece which quite a lot of people hated. 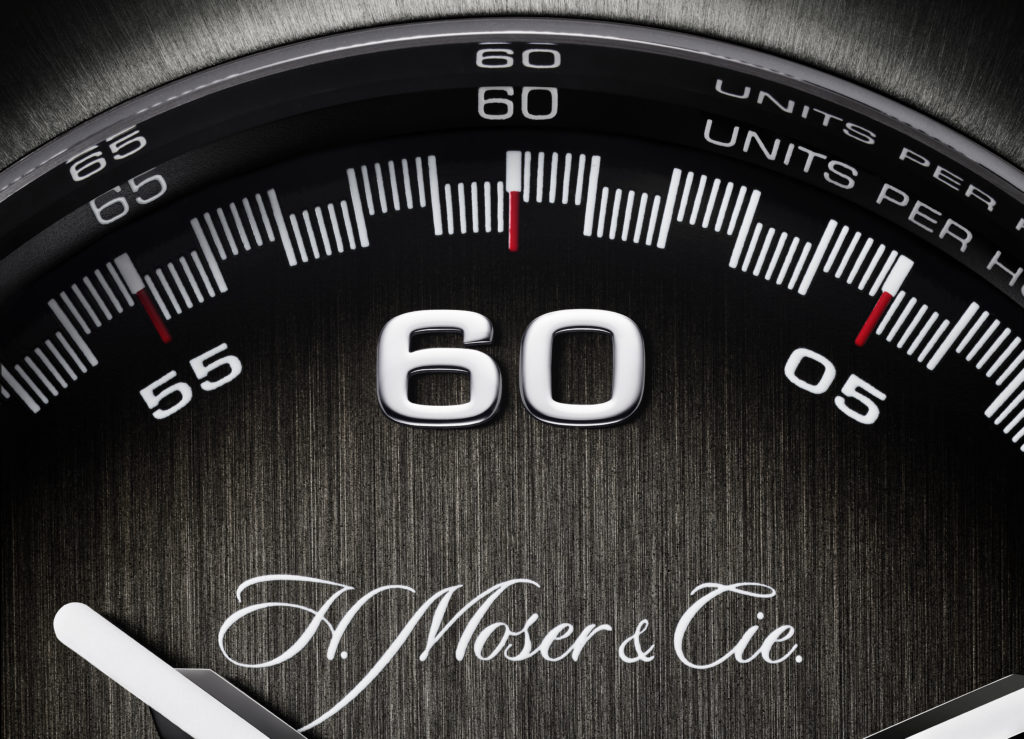 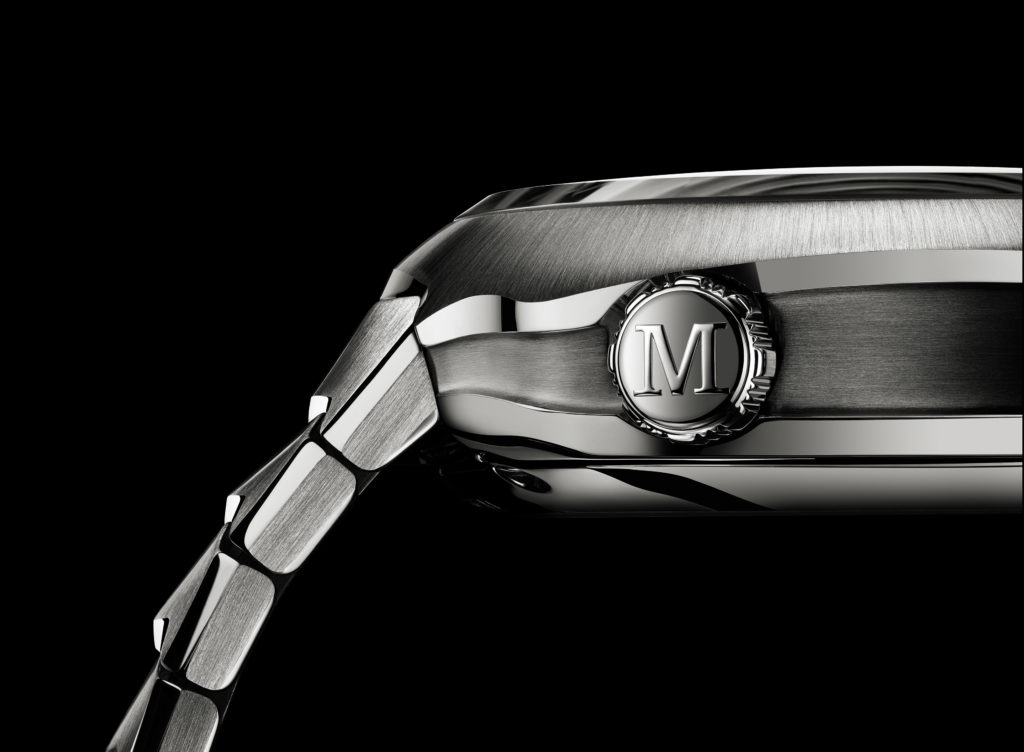 The new Streamliner seems to be very set on the funky vintage watches that came from the mid 20th century. The cushion-shaped case and the interesting integration of the links on the bracelet indicate that Moser is interested in nudging its way into the all-out war that has become integrated-bracelet sports watches, but that it doesn’t want to compete with them directly. In terms of cost it does, one of these will set you back $39,900. But you get a lot for your money; if the design has left you sitting on the fence as it has for most people, then the Agenhor-Moser developed movement inside could be the ticket. 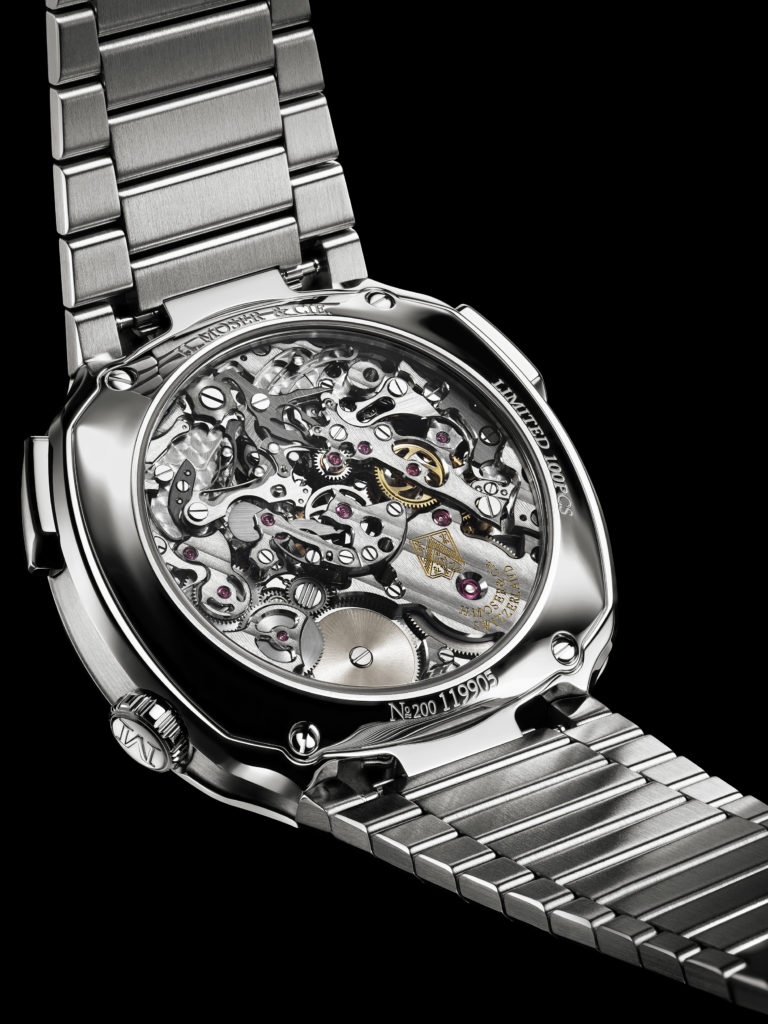 The HMC 902 movement inside the watch is new to the world. But, its close-related cousins can be found inside the Visionnaire Chronograph watches from Fabergé and the racing watches from Singer Reimagined. 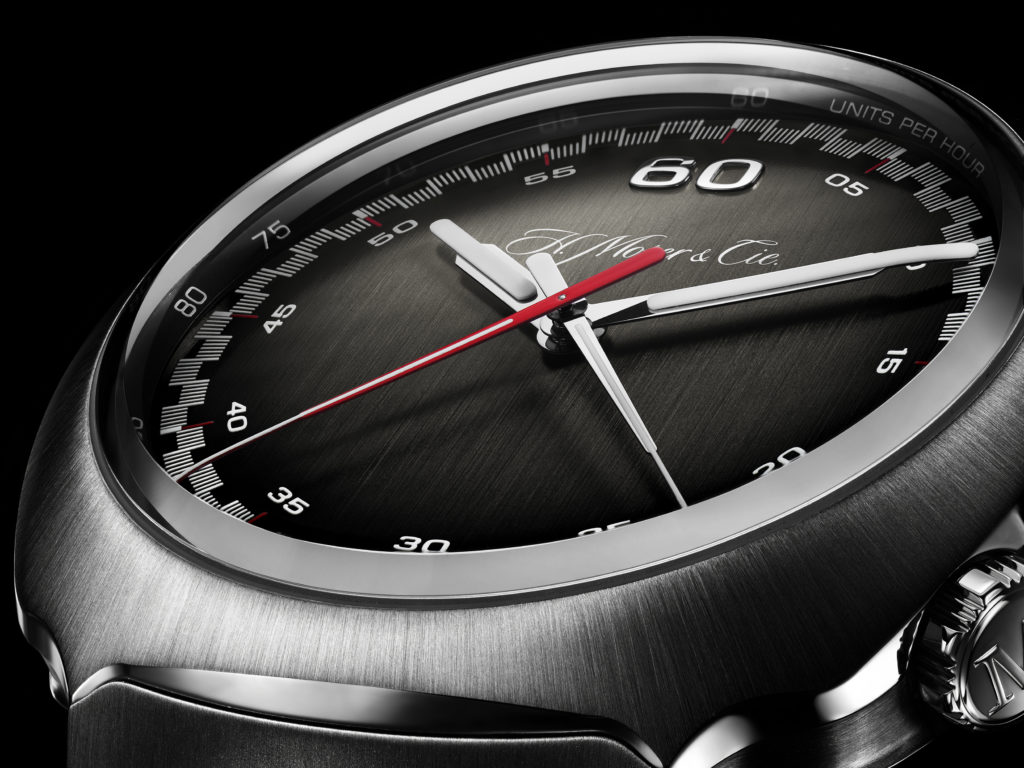 In this watch, the flyback chronograph is all mounted from the centre pole along with the hands for the time, so there are no subdials on the Moser. That’s a first for the movement and probably a first for watchmaking with a flyback chronograph. Another of the many interesting quirks of the movement is the fact that it’s an automatic movement. The rotor is hidden between the movement and the dial, to leave the pretty mechanical workings exposed, in a watch with a movement this special, I’m glad the rotor is hidden. It also has a 54-hour power reserve, too. 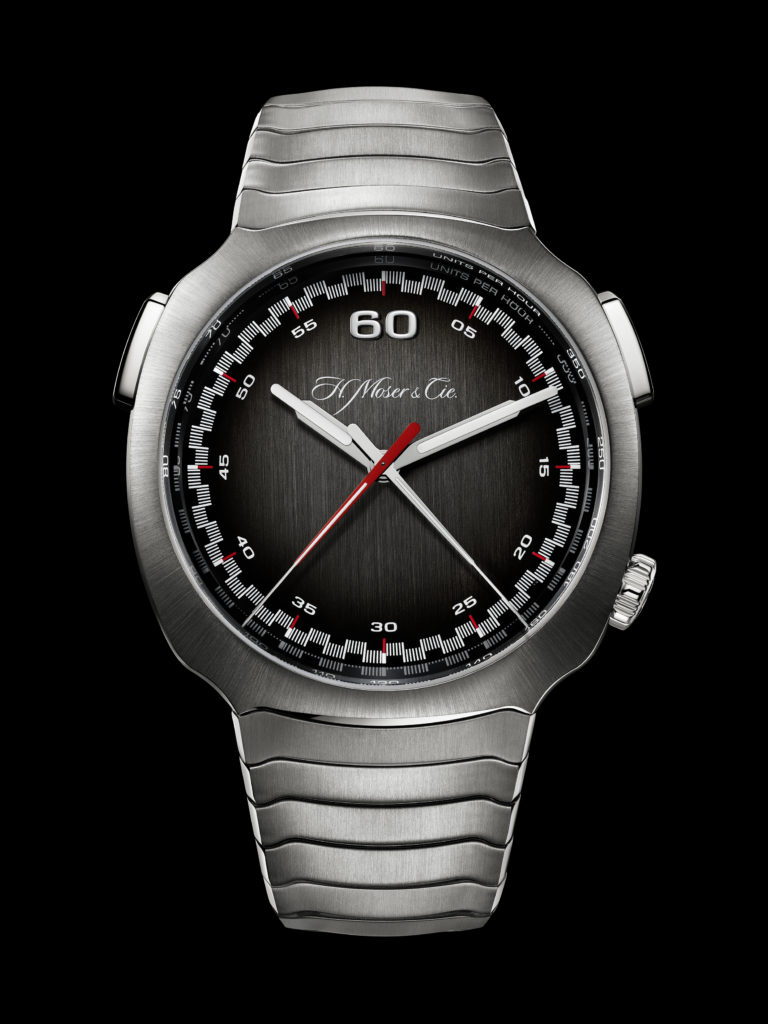 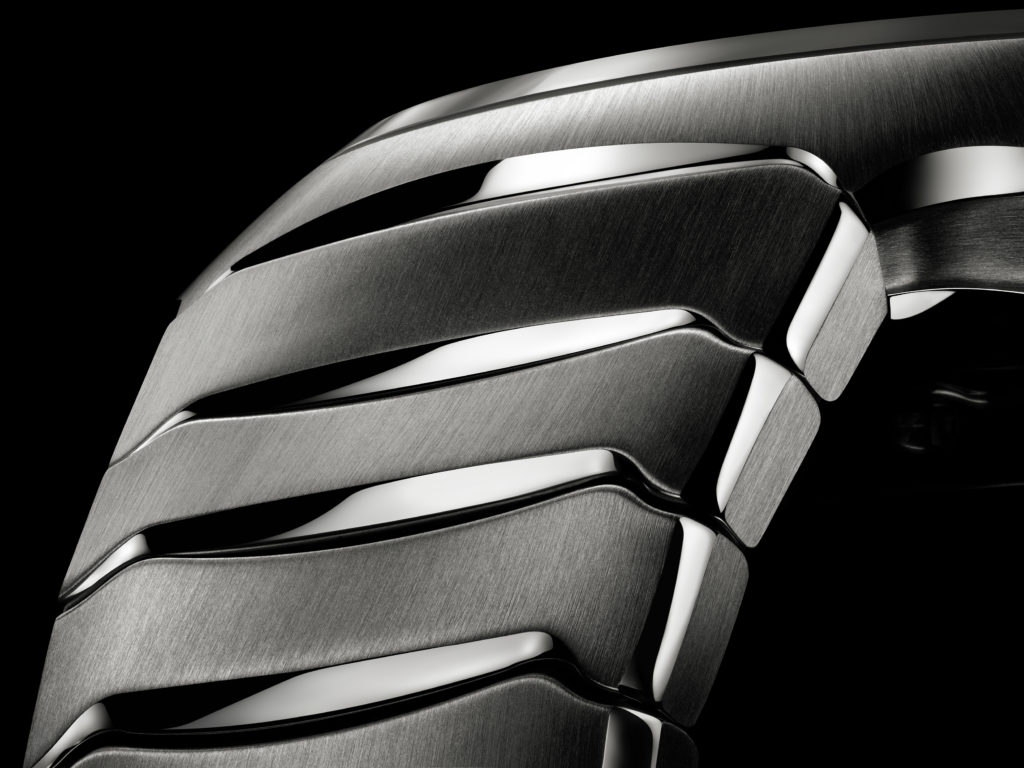 The Moser’s odd-looking case was designed around the bracelet first, according to Eduoard Meylan, the CEO of the company. The links fit tightly but do not pull on your wrist-fluff, thanks to some clever design. The bracelet also tapers down towards the clasp to be more ‘understated’ or something like that. 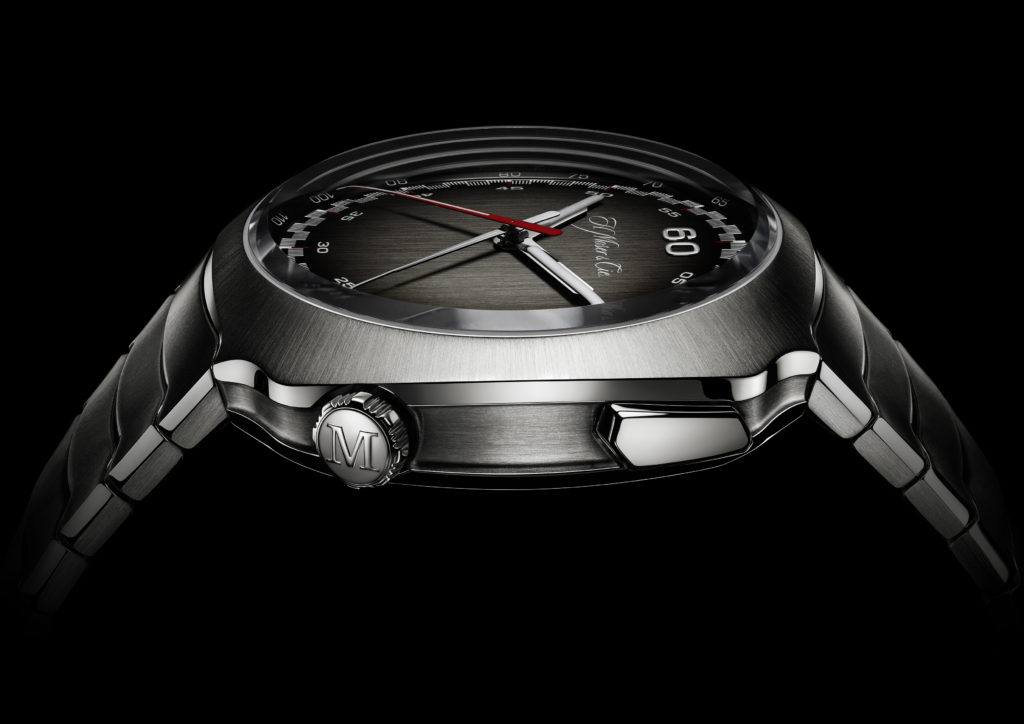 There will only be 100 of these watches made. At 42.3mm x 14.2mm, the Moser is set to hold a significant position in the ocean of smart/casual sports watches and even manages to hide a complication in there discreetly enough to fool most people. This could be a cool watch, though I must add in my own opinion here that the renders of the watch used in the press release make it look bizarre, but in live photos, it seems much more pleasant.