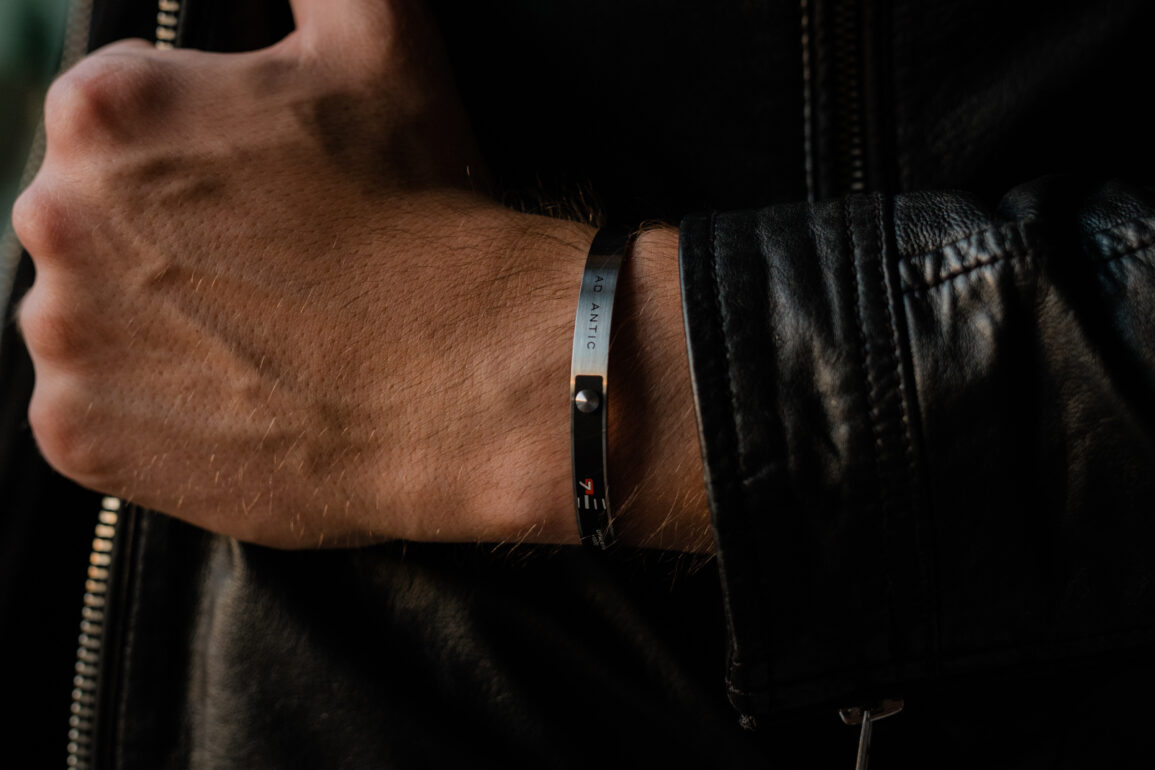 The Counter is a premium motorsport inspired bracelet that packs a solid punch.

If diamonds are considered to be a women’s best friend, it’s wristwatches, that we men share a similar relationship with. And when it comes down to the world of horology, our constant endeavor at WristReview is to share the latest and the best with our avid readers. But for today, we would be taking a close look at a product that does not tell the time but is made from high-quality materials and wraps around the wrist just like a wristwatch. I am talking about the Counter from Ad Antic. A Red Dot 2021 award winner, the Counter is a CNC machined automotive-inspired bracelet. I got to spend some time with the Counter recently and here I am sharing my initial impressions. 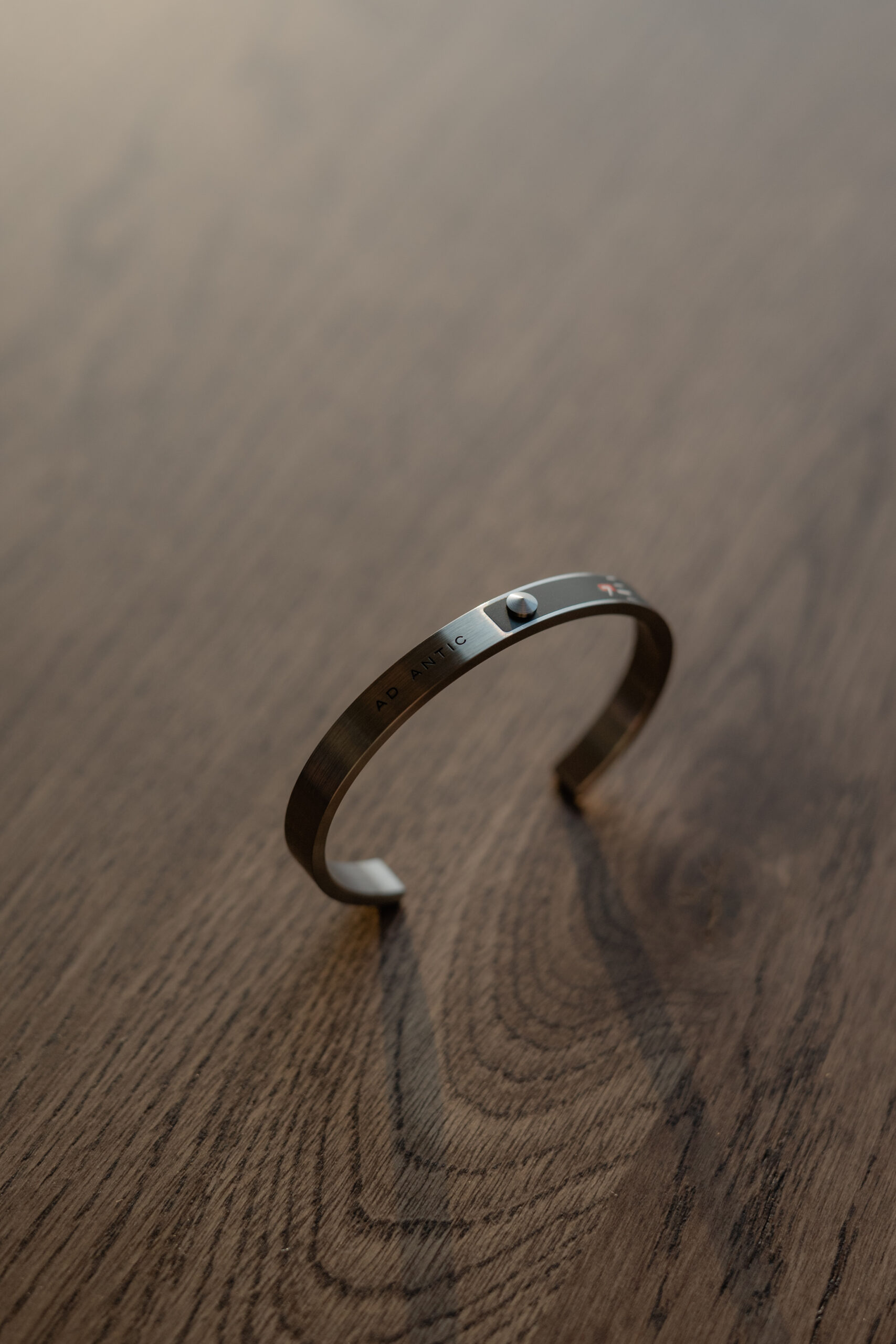 Ad Antic is a company founded by Jinsop and Daniel with a mission to create well-designed, high-quality, long-lasting products. Having made an appearance on Netflix and Discovery channel and given a ted talk, Jinsop is a passionate designer who has spent a decade in the field of design, winning many awards working for major names such as Range Rover and Samsung. Jinsop’s search for a high-quality bracelet that stands out from the crowd and has a timeless design has led to the genesis of the Counter. 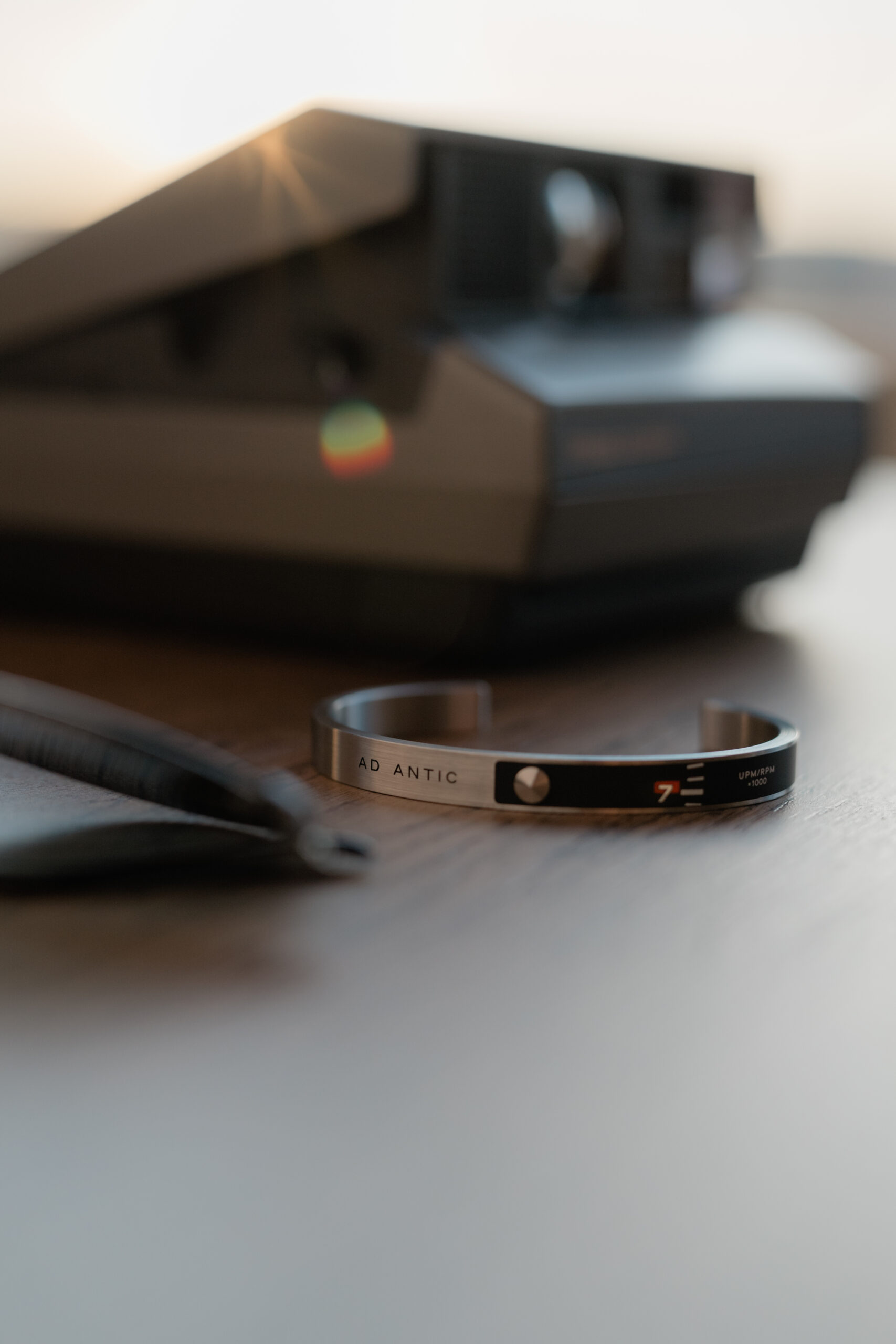 I get to experience a lot of watches daily and a few attributes that I look forward to in a good wristwatch is its build quality, overall fit and finish, and wearability. Taking a watch out of the box and putting it onto the wrist is an experience that I look forward to every time. So, the million-dollar question is that how does the Counter fair in this regard?  Solid, smooth, and refreshingly different were the three words that immediately came to my mind when I wrapped the Counter around my wrist, but it is important to look at the nitty-gritty. 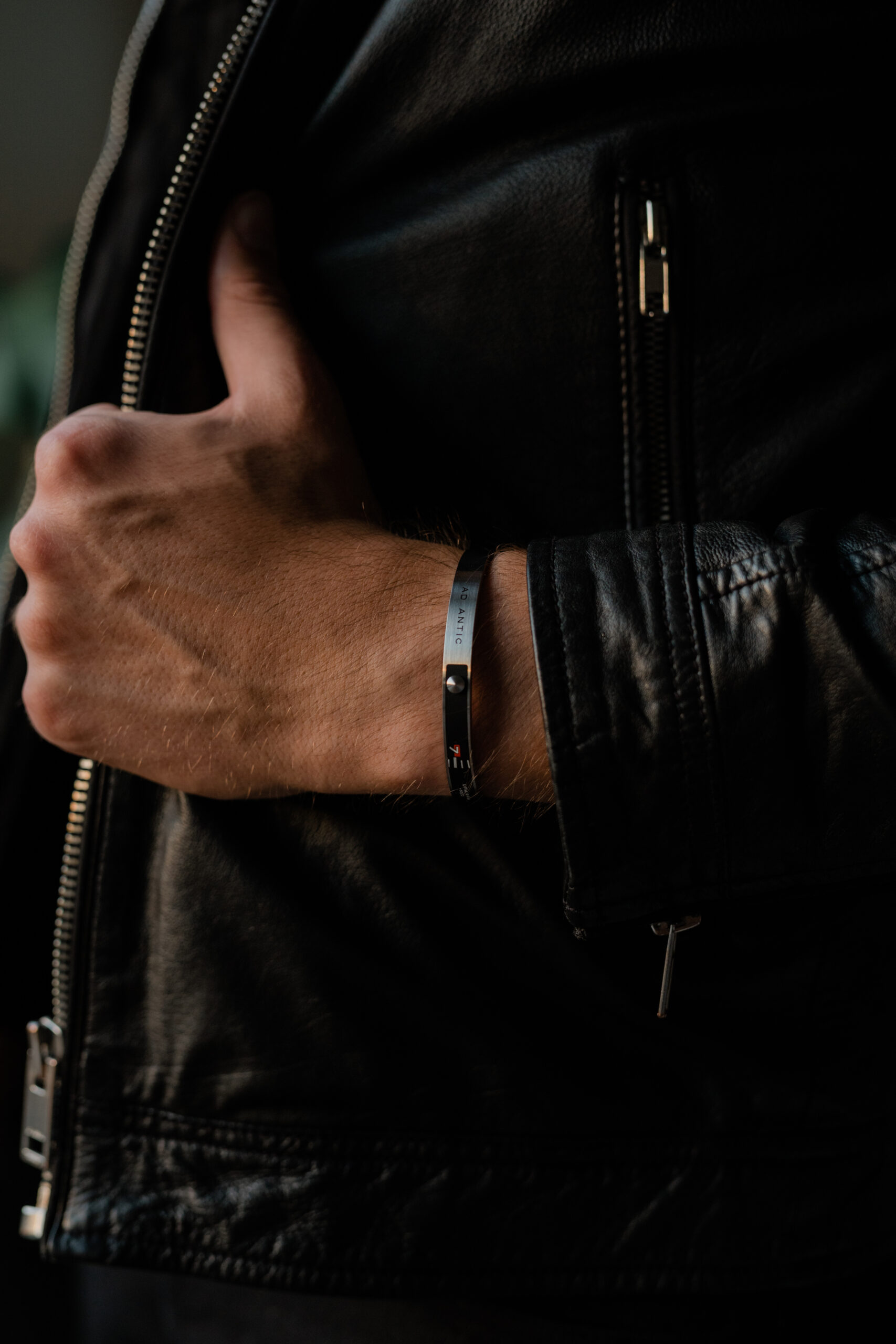 Let’s begin by talking about the build quality.  Like many watches, the Counter is made using 316L stainless steel and has been crafted using CNC machines resulting in a product that is perfectly shaped every time and has strict tolerances, something that you experience in luxury wristwatches. Another area where the Counter shows familiarity with the world of watches is finishing. The entire bracelet has been finely brushed and showcases a nice grain akin to the surface of a well-finished tool watch. It also worth mentioning that the Counter as per Ad antic has been meticulously finished by hand, by experienced skilled craftsmen, which frankly speaking is an uncommon sight in the world horology in watches priced way higher than the Counter. 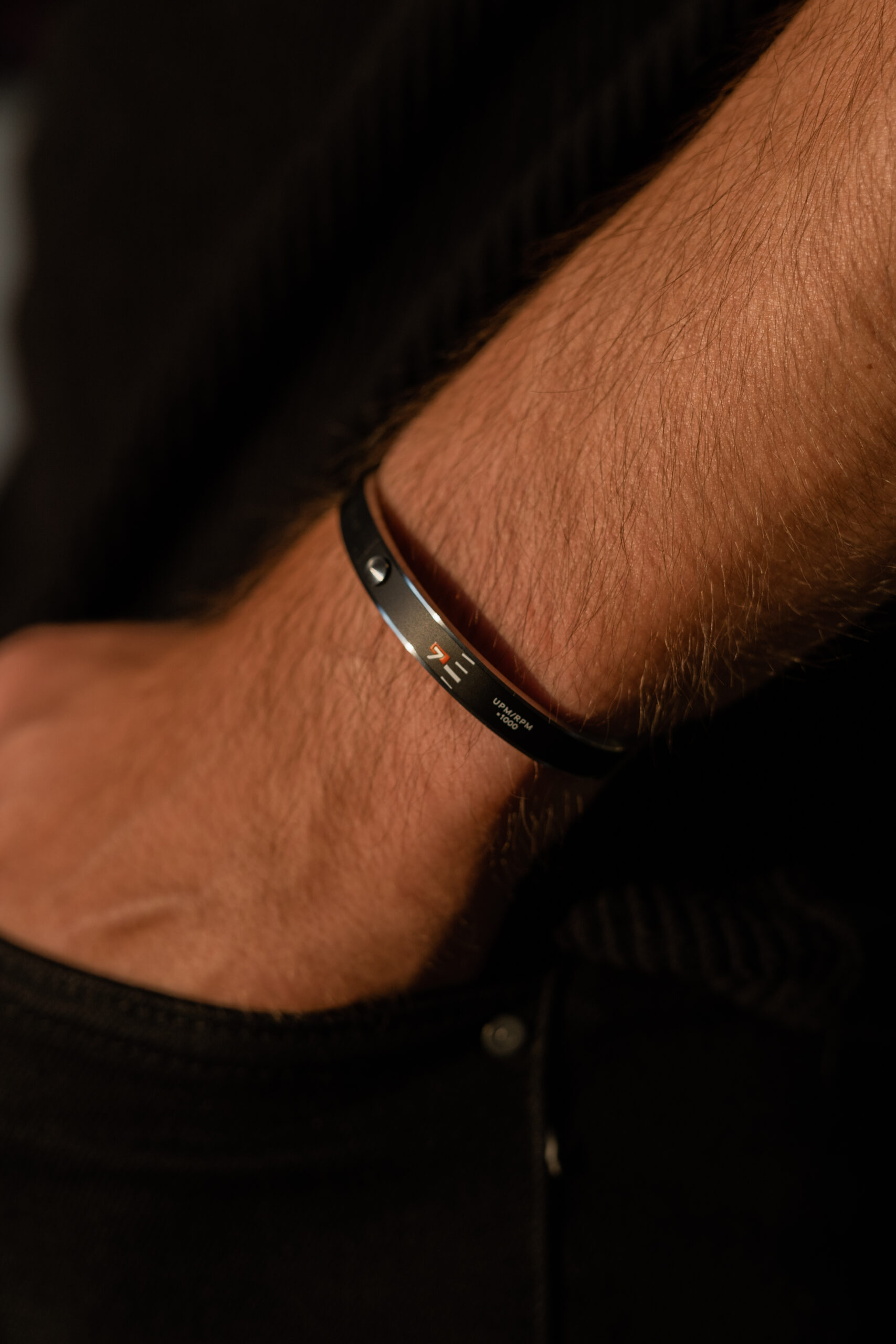 While the Counter is a robust well-finished product, it is important to understand how it wears on the wrist, as that is where it ultimately belongs. The Counter has a nice round shape which has been carefully designed to ensure that the bracelet hugs the wrist. But this isn’t a wristwatch, and the scale and proportions on this thing are quite different, which is exactly why I said above that the Counter wears refreshingly different. The counter is sleek and sporty with a decent heft and offers just the right amount of wrist presence. Also, just in case you aren’t a bracelet person and haven’t worn one before, I would like to tell you that the Counter does not wrap around the wrist as tightly as a watch because there are no straps involved here. That said, it isn’t loose enough for one to fear an accidental fall. In a nutshell, it’s just the right fit. Furthermore, as this is not a run-of-the-mill ‘one size fits all wrists’ kind of bracelet, the folks at Ad Antic are offering the Counter in three sizes: Medium, Large, and Extra-large to make it sit comfortably on a wide variety of wrists. For reference, the medium would be good for a wrist between 15 and 16.5cm, the large for wrists between 16.5 and 18cm, and finally, the X-large for people having a wrist size between 18 and 19.5cm. 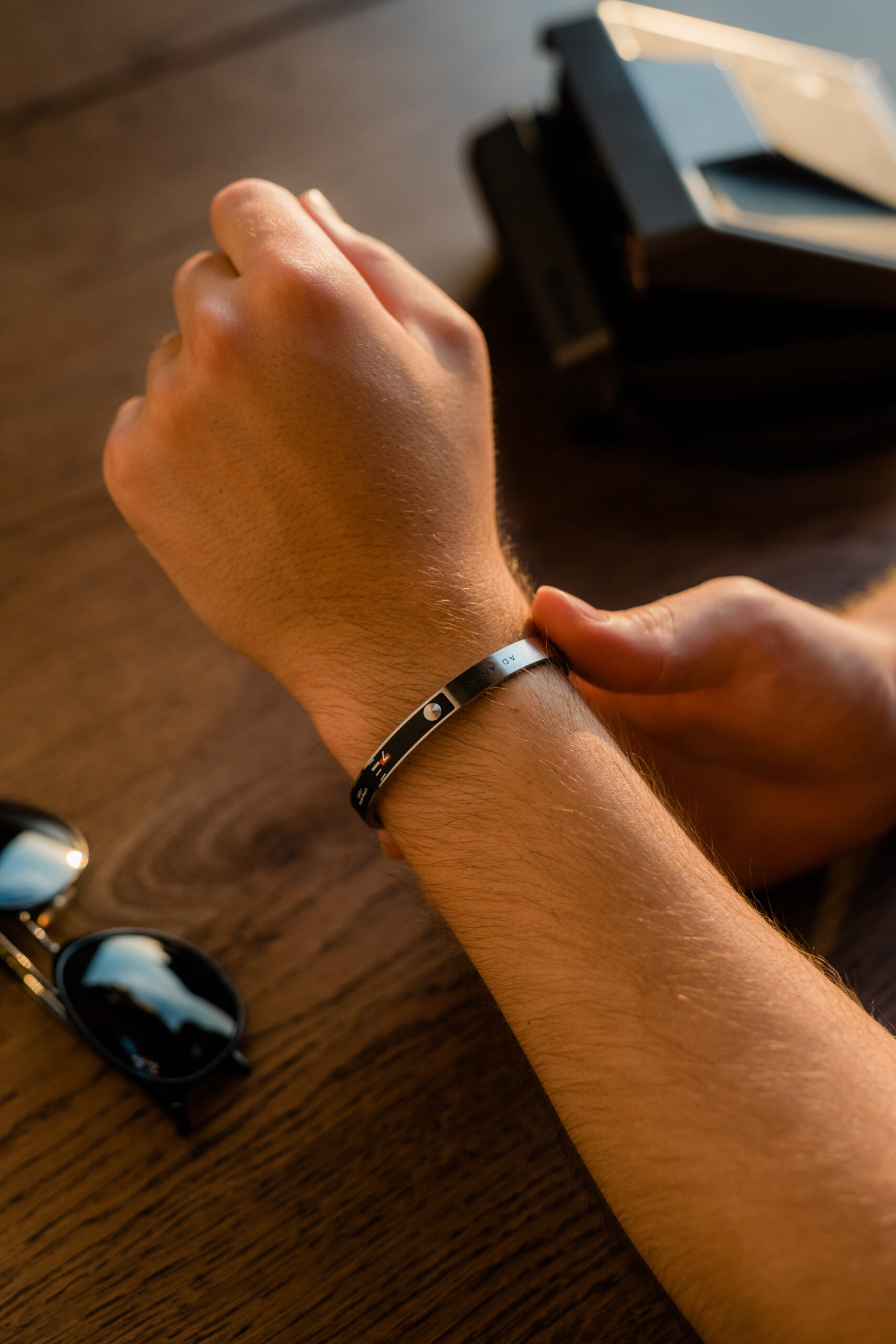 Normally, when we look at the wristwatch, the dial is what draws the wearer’s attention. And while the Counter does not have a dial per se, I would compare the matt black section on the Counter to the dial of a watch. Presented in a deep black color, the black section, is a curved strip that is nicely textured and sits flush with the top surface of the bracelet offering a nice contrast to the steel housing. For seamless integration between the bracelet and the strip, the bracelet has been hollowed out to the exact measurement of the strip, once again using CNC machines. A brushed conical screw-on top ensures that the strip sits securely inside the bracelet cavity. To enhance the sporty appeal and showcase the motorsport connection odometer-inspired markings along with the text ‘7’ and ‘UPM/RPM * 1000 ‘has been printed in silver. The touch of red which is indicative of the peak power is a nice touch that spices up things a little by adding a dash of color. 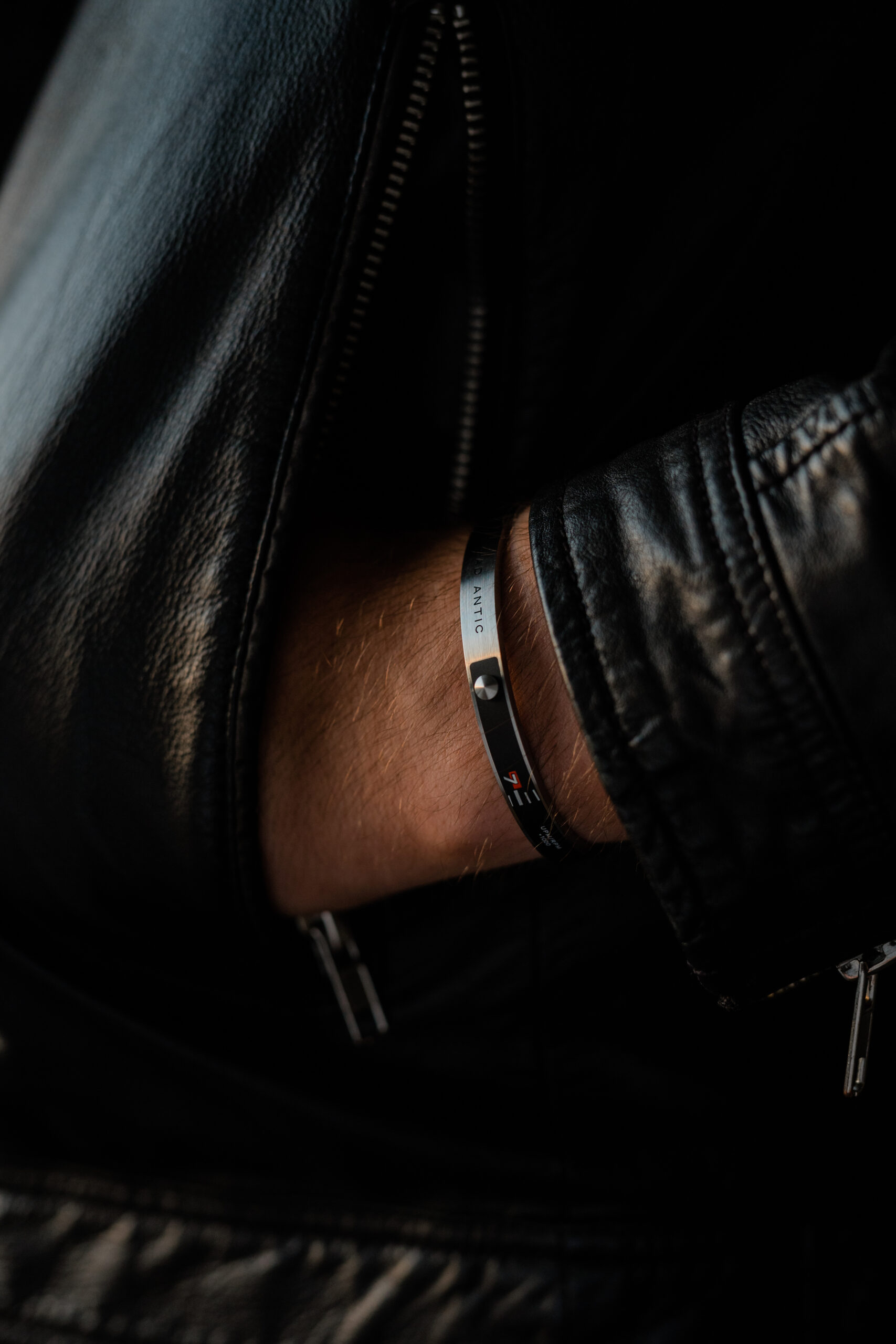 Having tried a few off-the-shelf bracelets, I can say with confidence that the Counter stands true to Ad Antic’s mission. The Counter looks, feels, and wears like a luxury bracelet. It is not a revolutionary product, but it does manage to stand out from the crowd. The Counter is launching through Kickstarter today. The early bird price has been set at USD 129 which is a handsome USD 120 off the final MSRP of USD 249. After the early bird entries are fulfilled, the Counter would be available at a preorder price of USD 149 throughout the campaign. While I would not say that the Counter is cheap especially at full retail price, but I feel that the Kickstarter price is quite aggressive and in case you are in the market for a premium bracelet, you better mark the launch date for this product.