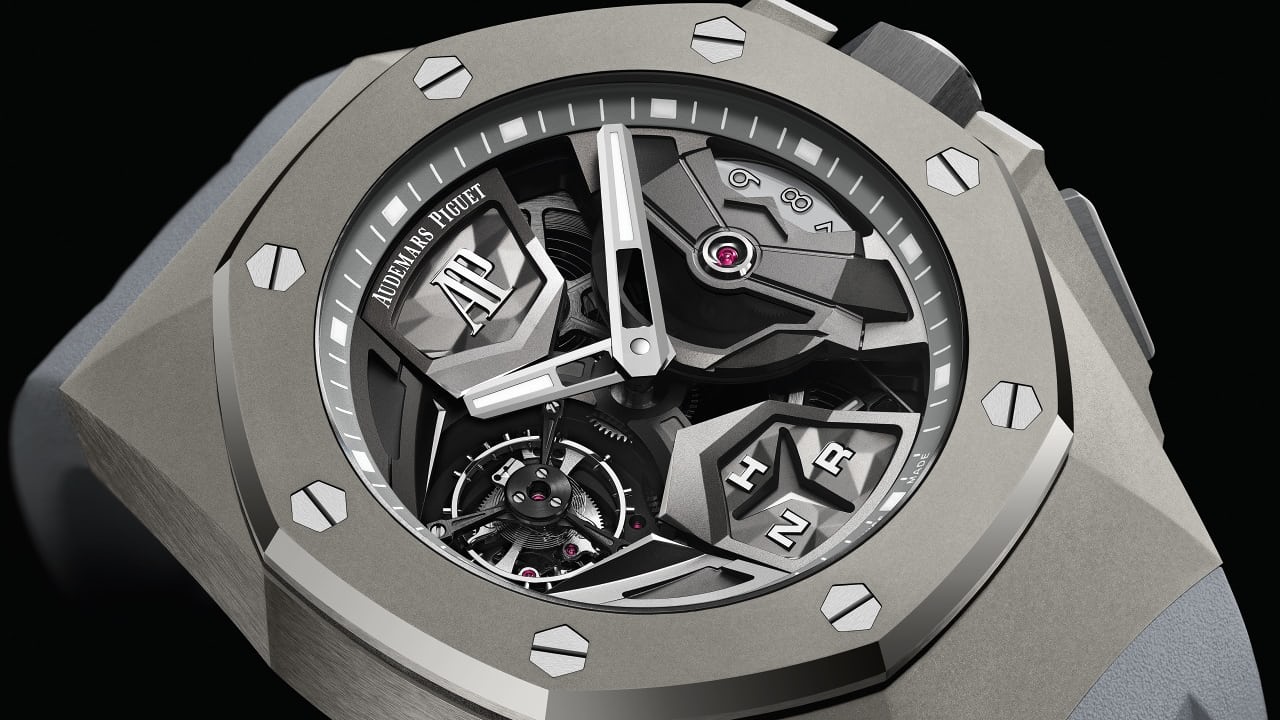 Designed by Gerald Genta and released in 1972, the Audemars Piguet Royal Oak is perhaps one of the most iconic and sought-after sports watches of all time. However, there are a lot of people out there who feel that the classic Royal Oak has already lived its age, and instead want something more modern and futuristic. It is to satiate such desires that the Audemars Piguet Royal Oak concept came into existence and the latest addition to this family comes in the form of the Royal Oak Concept Flying Tourbillon GMT. 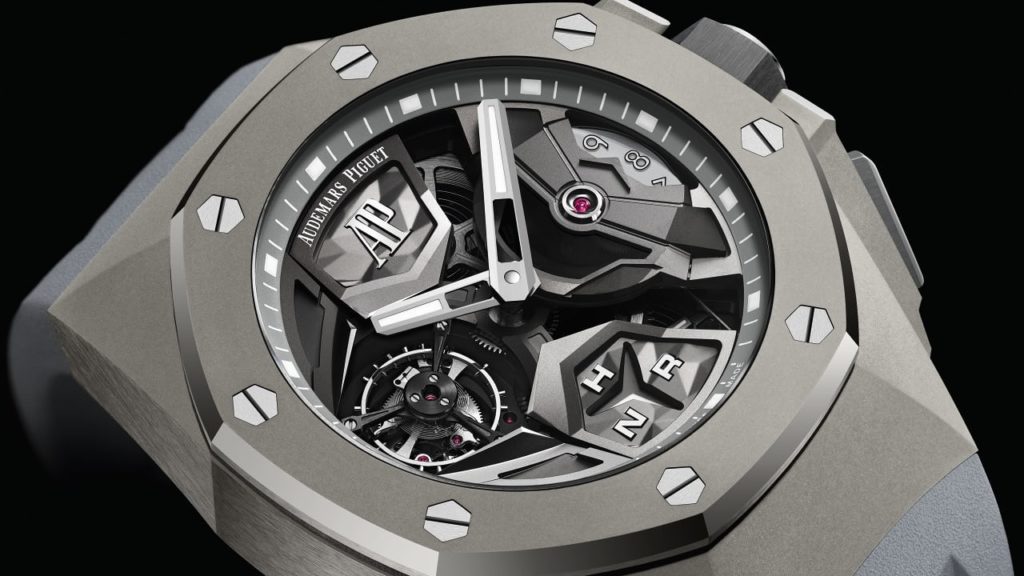 The 2020 Royal Oak Concept Flying Tourbillon GMT is not an entirely new watch but is rather a new variation of a familiar-looking watch with the same name released a couple of years back. Starting with the case, you still get a beefy and masculine, angular asymmetric structure that is made of bead-blasted titanium, measures 44mm in diameter, and is water-resistant to a healthy 100 meters courtesy of the screw-down crown at 3. And while it shares its dimensions and design with the 2018 model, this new version manages to look quite different thanks to its light grey exterior. It’s is also worth mentioning that even the signature octagonal bezel that was earlier made of black ceramic has been replaced with a grey titanium unit to offer a more coherent look. 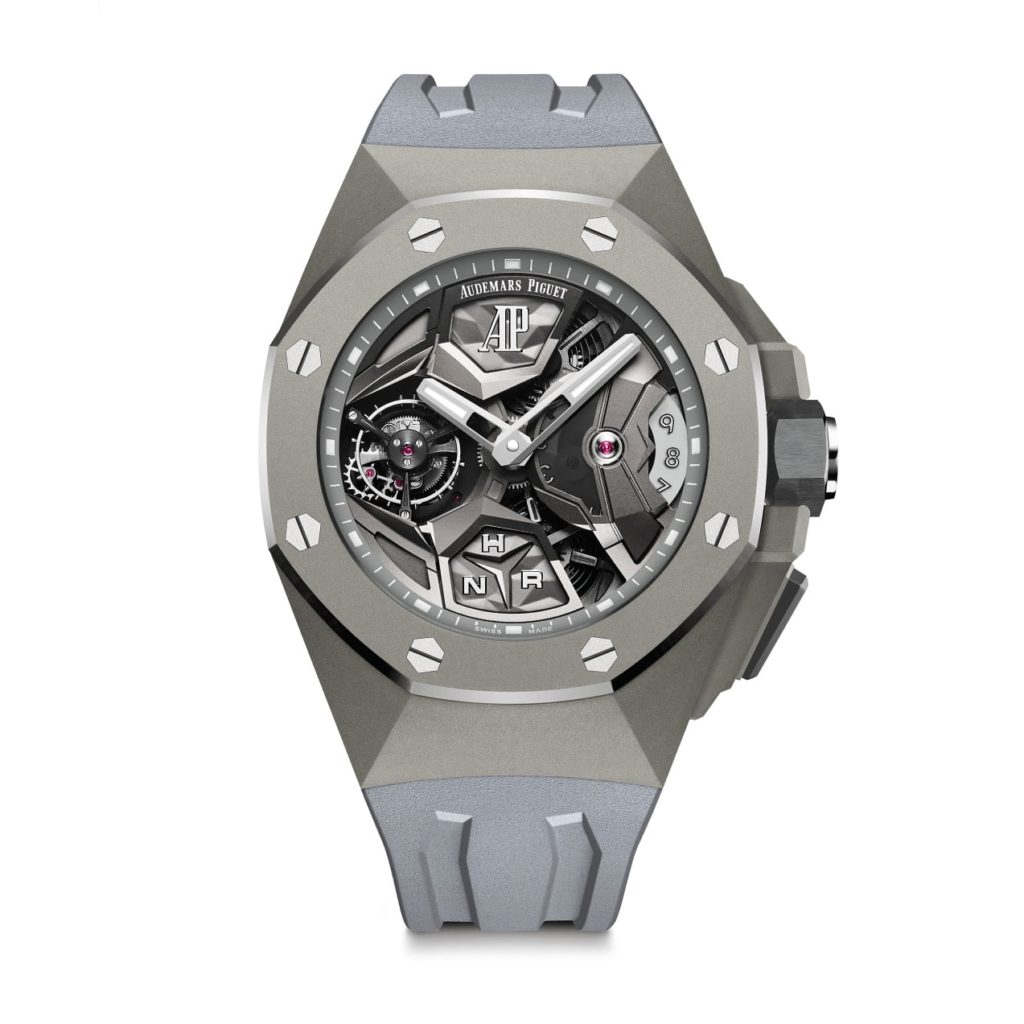 Like the case, the dial on the new Royal Oak Concept Flying Tourbillon GMT only brings forth small but noteworthy differences. To begin with, you still get a highly skeletonized face that has been thoughtfully carved out to expose the mechanical underpinnings of the watch. The layout also remains quite familiar with a second-time zone indicator 3, a crown position indicator at 6, a flying Tourbillon at 9, and a printed white hour/minute chapter ring on the outer periphery. Time can be read using the bold and well-proportioned handset that also features lume for better low light visibility. The major noticeable change as compared to the previous version is that all details on the face have now been presented in a silver/ grey tone lending the watch a monochromatic look. 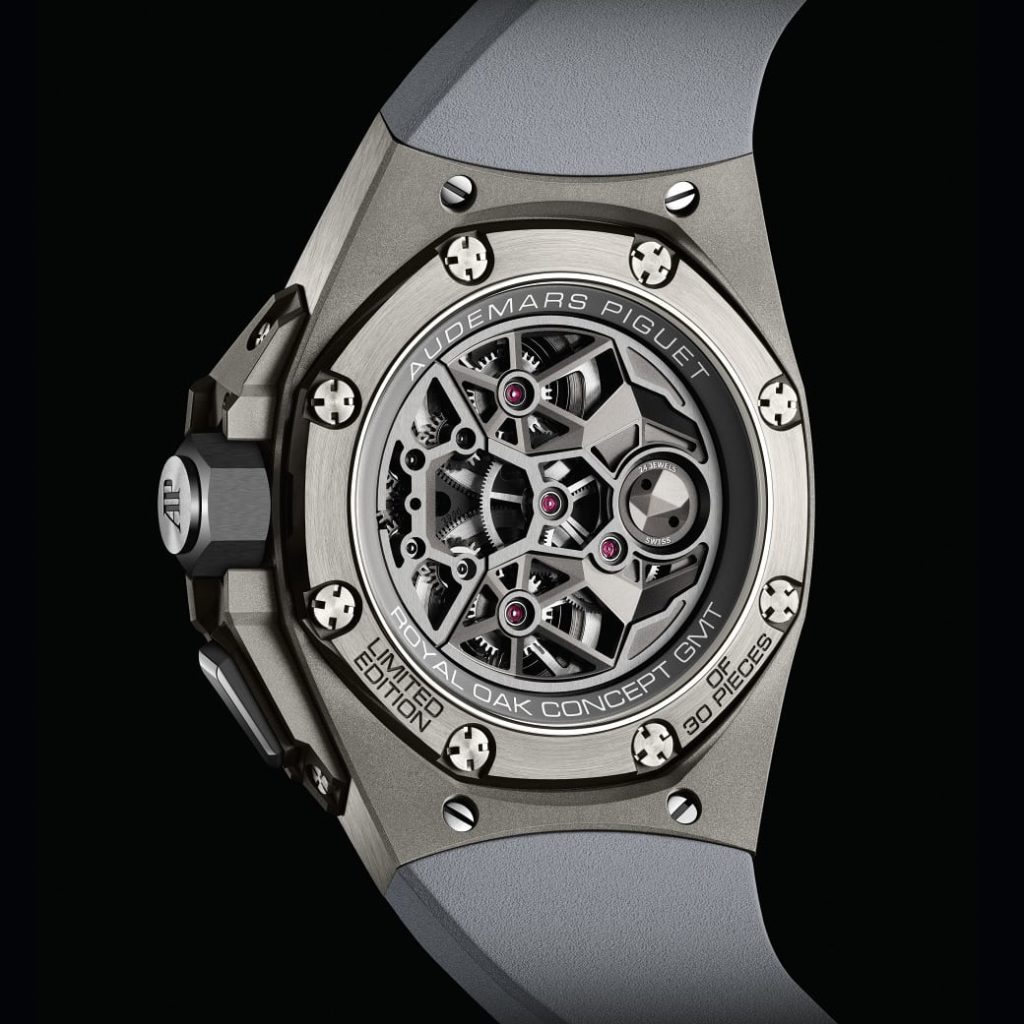 At the helm of this watch is Audemars Piguet’s in-house technical tour de force, the caliber 2954. This is a manually wound movement that comprises 348 parts, operates at 3Hz, and offers a massive power reserve of around 237 hours using two large barrels. The movement like the rest of the watch has been rendered in a muted grey color and can be viewed through the sapphire case back.

The new 2020 Audemars Piguet Royal Oak Concept Flying Tourbillon GMT would come attached to a matching grey rubber strap with a sandblasted titanium buckle and would be supplied with an additional grey alligator strap. The watch is limited to just 30 pieces and would retail for USD 198,400.