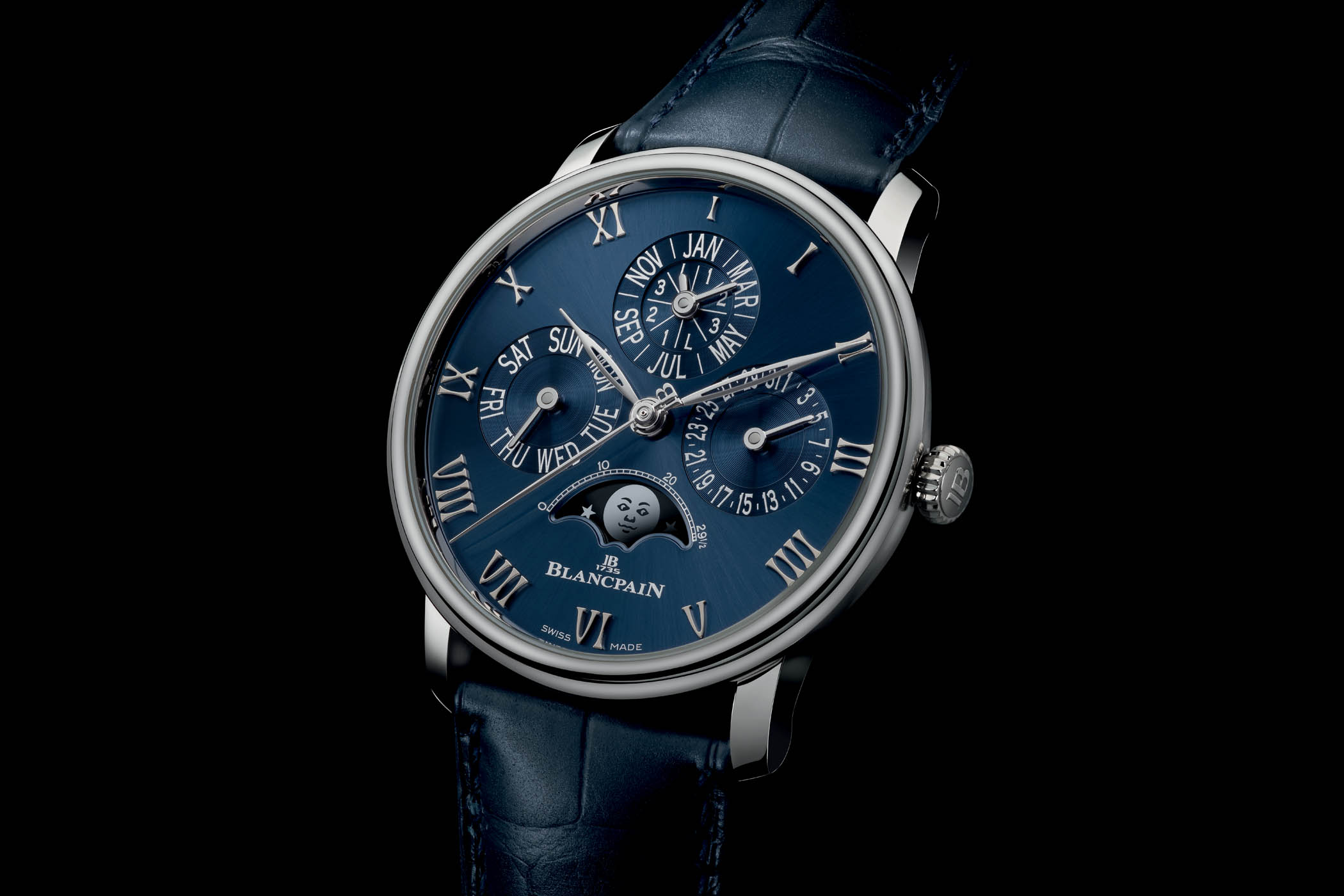 The perpetual calendar is the grandest of complications that doesn’t require user interaction to set it in motion. I say that because of the ongoing debate around whether a tourbillon/carousel is a complication or not, and the equation of time is so rare and hard to understand it just wouldn’t fit. The perpetual calendar adjusts for everything: the number of days in every month including February, and the leap year where February gets one extra day. For all of the fantastic ways the days and months can be displayed, often the most straightforward and most logical can be the best, and Blancpain certainly does it with its perpetual calendars.

This version of the perpetual calendar by the brand finds itself in the Villeret, Blancpain’s most elegant and restrained line of watches. The Villeret line already has a perpetual calendar watch, or quantième perpétuel as they know it. It’s a watch I’ve seen in the Bond St boutique, and even reviewed here on WristReview. So, it’s good to see that Blancpain hasn’t forgotten about this quiet stunner. 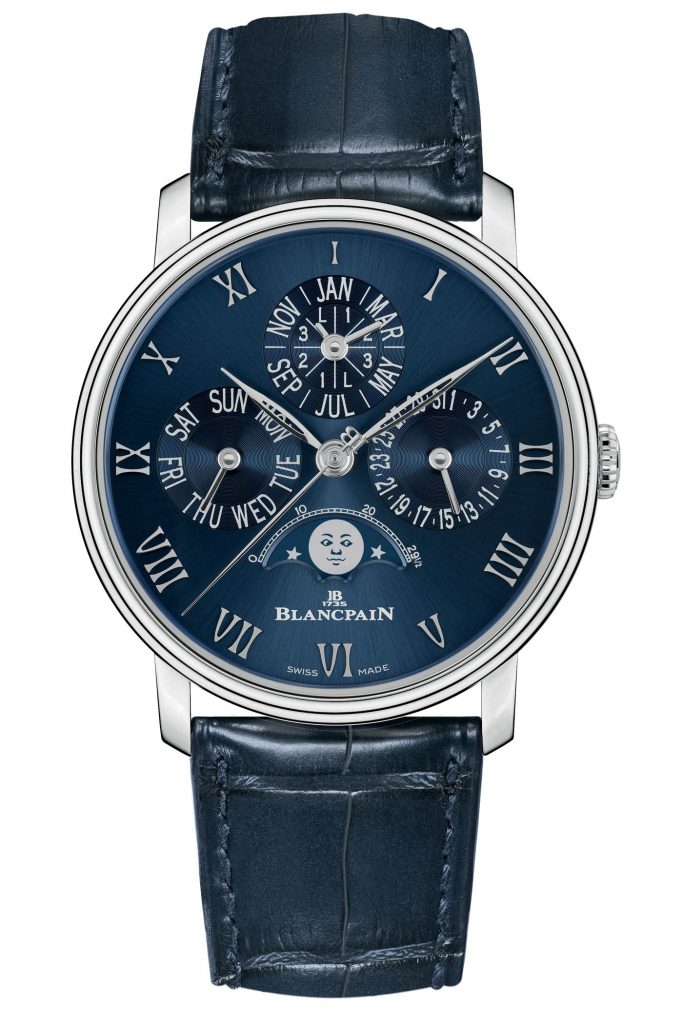 The base Villeret Quantième Perpétuel 6656 was used for this edition, which has had its case reworked in 950 platinum for this new special edition. It remains at 40mm in diameter and 10.7mm thick with that signature stepped bezel providing a classic yet clean finish that combats the term I started using earlier on in my WristReview career: Bezelbulging, the act of increasing the thickness of the bezel proportionately to the dial to make a watch seem bigger. There is no beefing up here, even the crown is extremely flat. 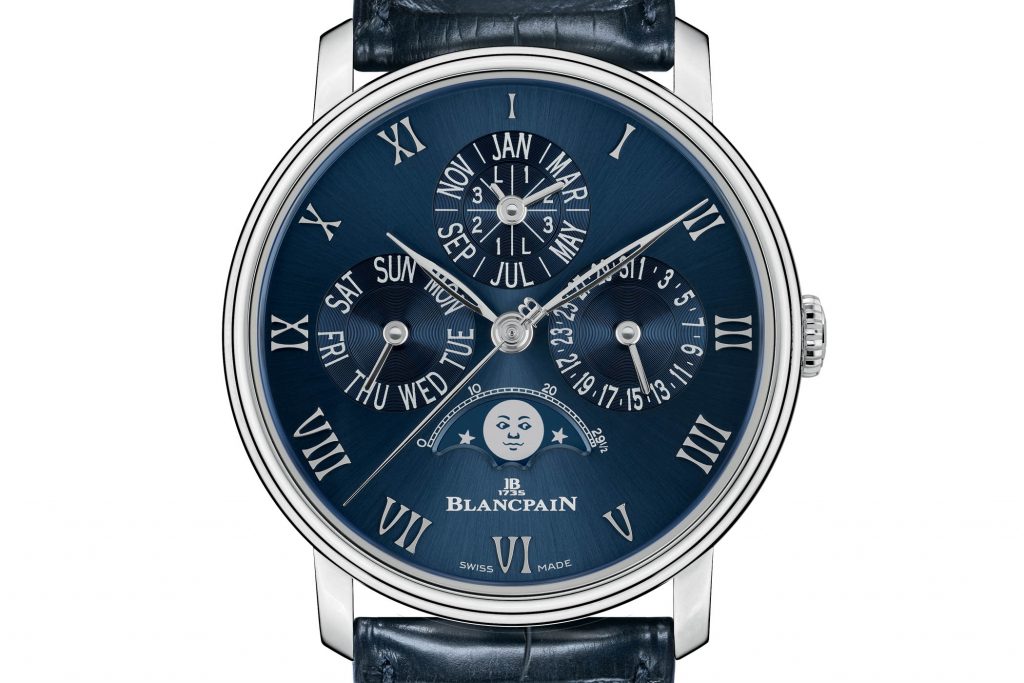 This watch is limited to just 88 examples worldwide, which will only be sold via Blancpain’s boutiques, again, something I’m familiar with. When you get the chance, you should pop into their boutique on Bond Street in London. Despite the classy atmosphere one of these watches provides, there’s still a lot of tech packed into the watches.

A solid gold rotor covers the movement featuring a three-day power reserve and a silicone hairspring powering the movement and allowing the balance wheel to oscillate at 4Hz. In signature Blancpain style, the correctors for the perpetual calendar are small levers hidden under the lugs. Also, the cleverness continues with the clasp. Although I have no official confirmation of this, the Villeret line uses a particular type of folding clap made of a strip of metal which holds the watch in place, instead of a physical clasp. Some like it, some worry about the apparent easiness of a handy criminal slipping it off the wrist. That’s why I always keep my hands in my pockets in some places.

The official reference of this special edition timepiece is 6656-3440-55B and the retail price soars way above the red gold version which sits at 42,000 Swiss Francs. This special one comes in at 62,000 Francs.