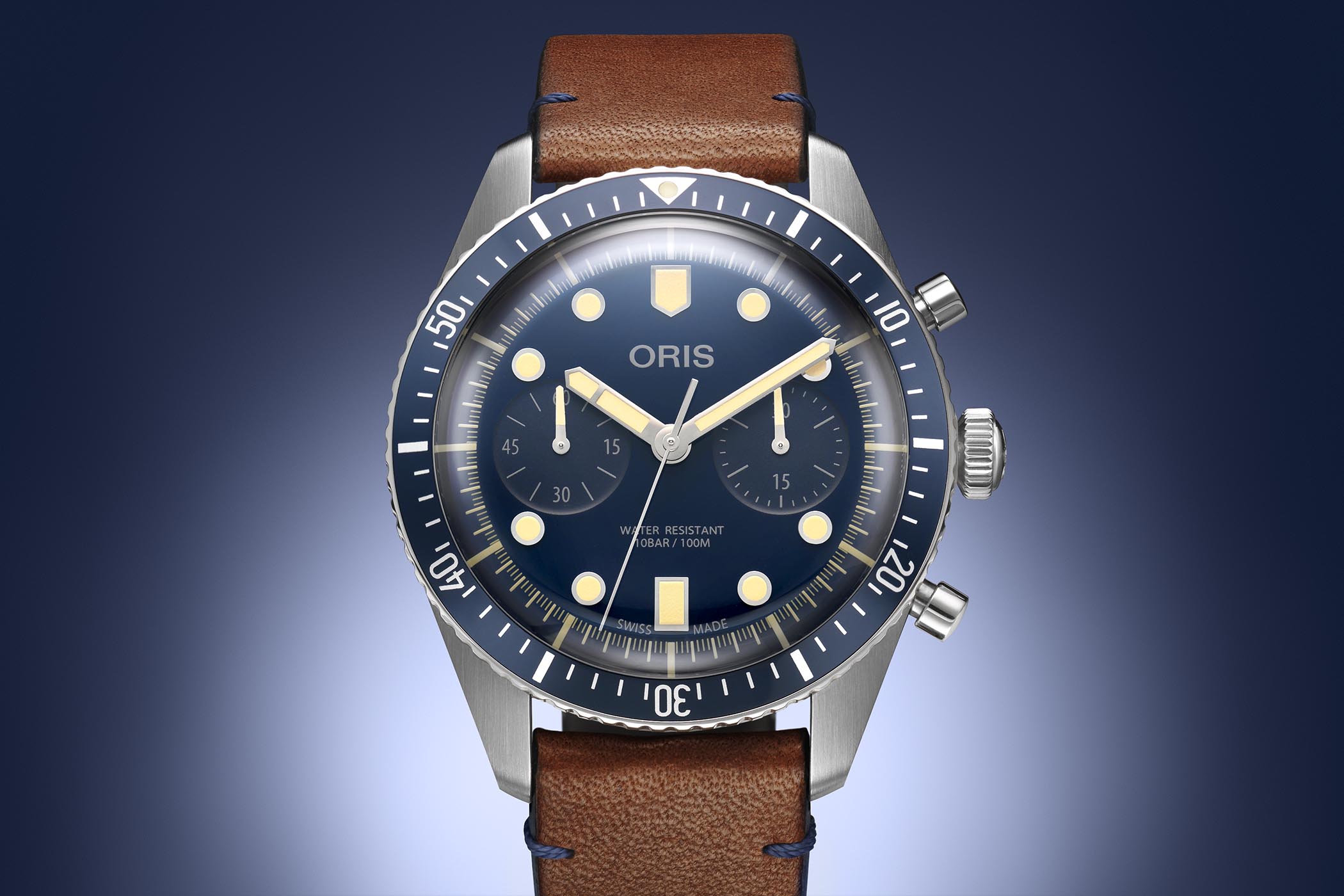 Oris introduced the Carl Brashear chronograph, a cool looking bronze watch in the year 2018 as a tribute to Carl Brashear, the first amputee master diver in the US Navy. While the watch did sell like hotcakes sadly it was limited to a production run of only 2000 pieces. So, in case you couldn’t get lucky back then we might have just the news you wanted to hear. Oris has collaborated with famous watch retailer Bucherer to create a more mainstream stainless-steel chronograph watch in the form of the Oris divers Sixty-Five Bucherer blue edition and this one is not a limited edition. 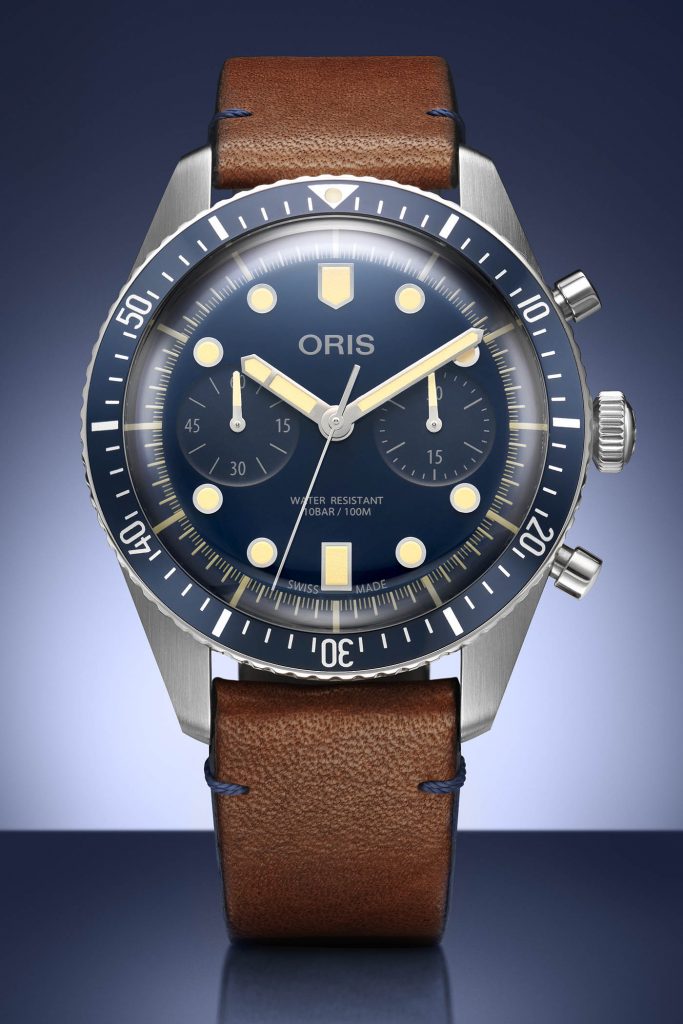 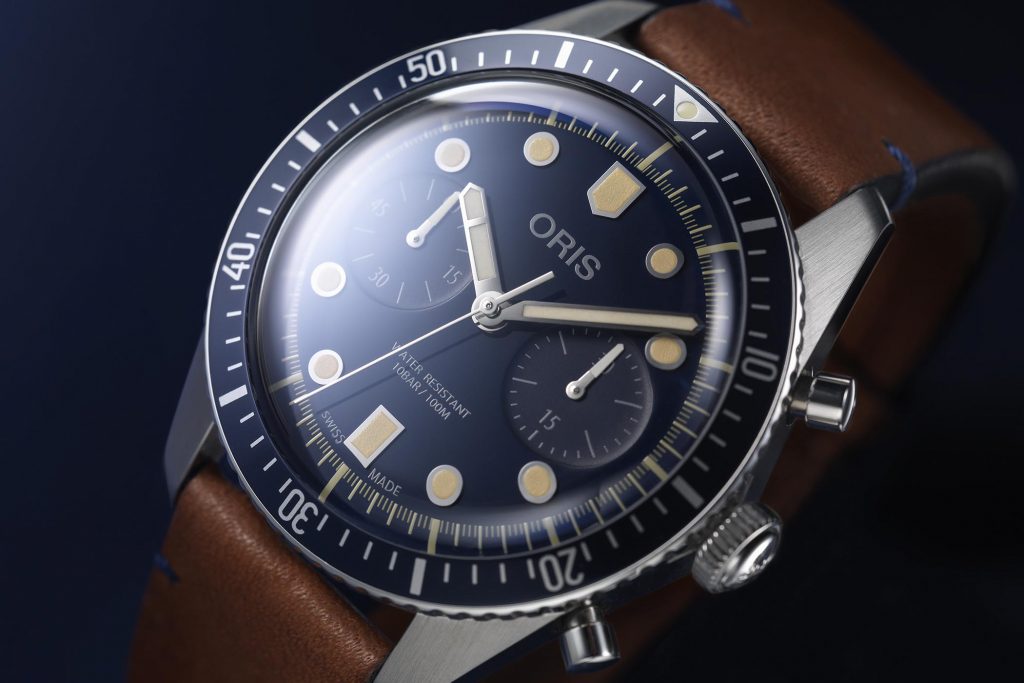 Being a Bucherer special edition, the dial on this watch has a deep shade of blue, which is also reciprocated on the bezel on top. The dial has a highly legible bi-compax layout with a running seconds register at 9 and a 30-minute register at 3. The hour markers have been applied and have been filled with custard colored lume in accordance with the vintage-inspired theme of the watch. The centrally mounted hour and minute hands are nicely proportioned and make it is a breeze to the read the time. Overall the dial has been cleanly executed and thankfully Oris did not even try to put a date out there. 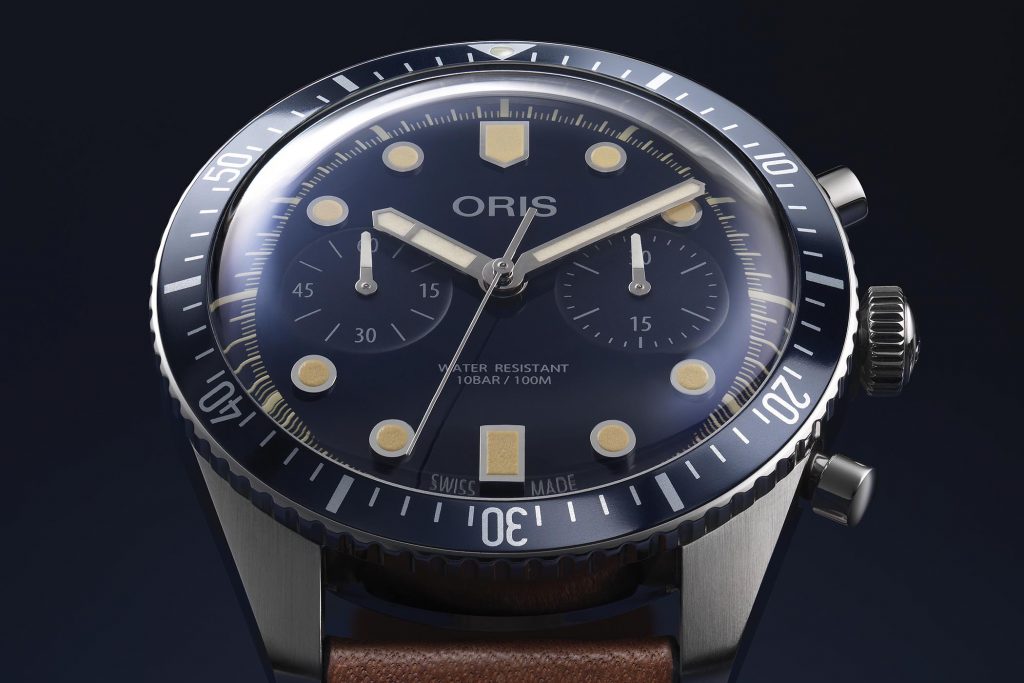 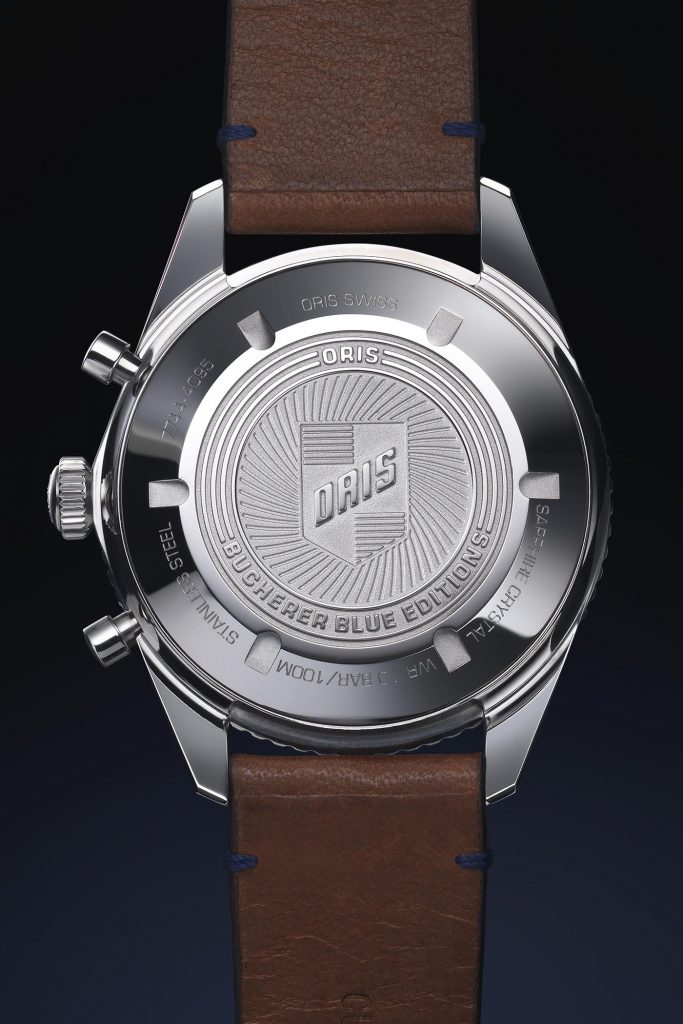 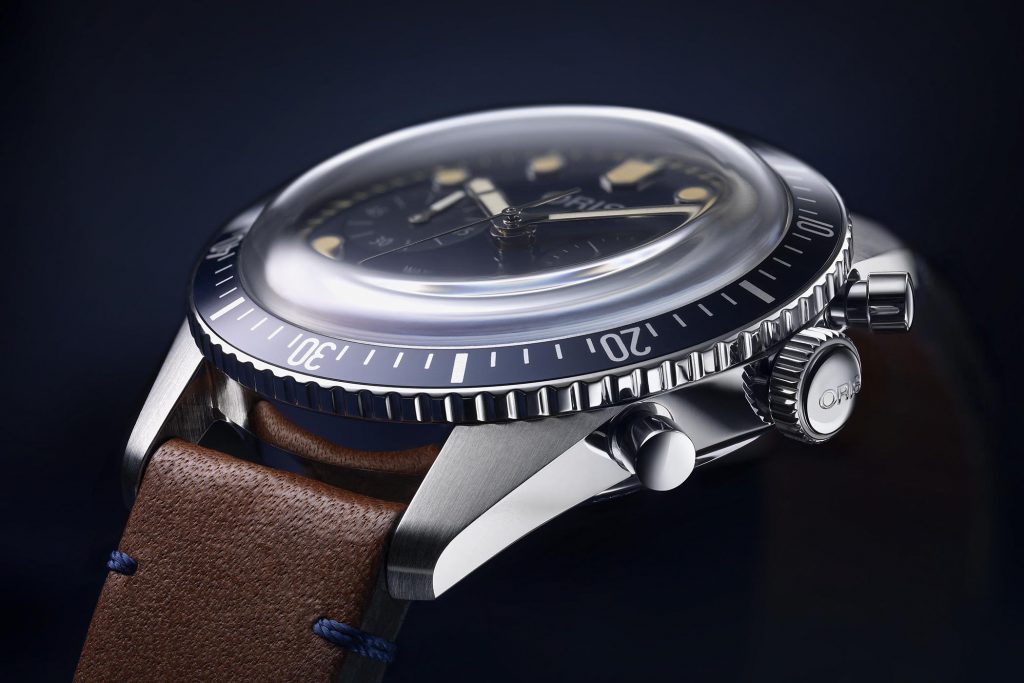 The case on the Oris divers Sixty-Five Bucherer blue edition is made from stainless steel and is decently sized for a modern chronograph coming in at a diameter of 43mm. It has been well finished with a mix of brushed and polished surfaces. A heavily domed sapphire crystal sits on top of the case, which has been a signature design element of the diver’s sixty-five collection and pays a tribute to the plexiglass crystals on divers from the past. Flipping the case over you have a closed case back with a deeply embossed Oris logo and the “Bucherer Blue Editions” text highlighting the collaboration behind the watch.

Powering this watch is the Oris caliber 771. It is an automatic chronograph movement which has the workhorse Sellita SW510 movement as its base. It operates at a frequency of 4Hz and offers a power reserve of around 48 hours. 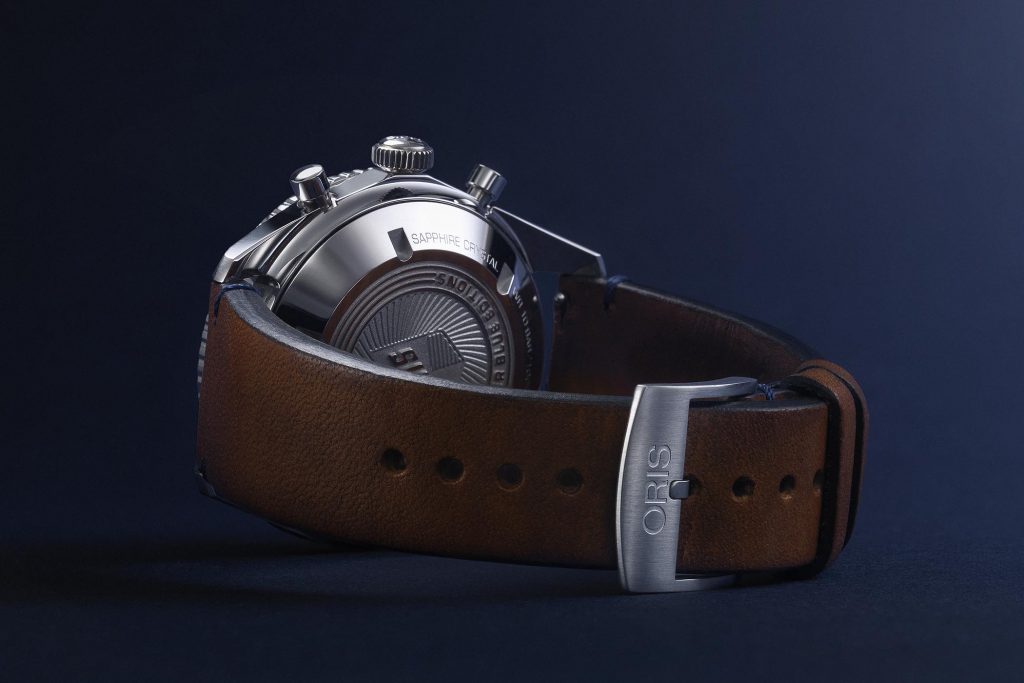 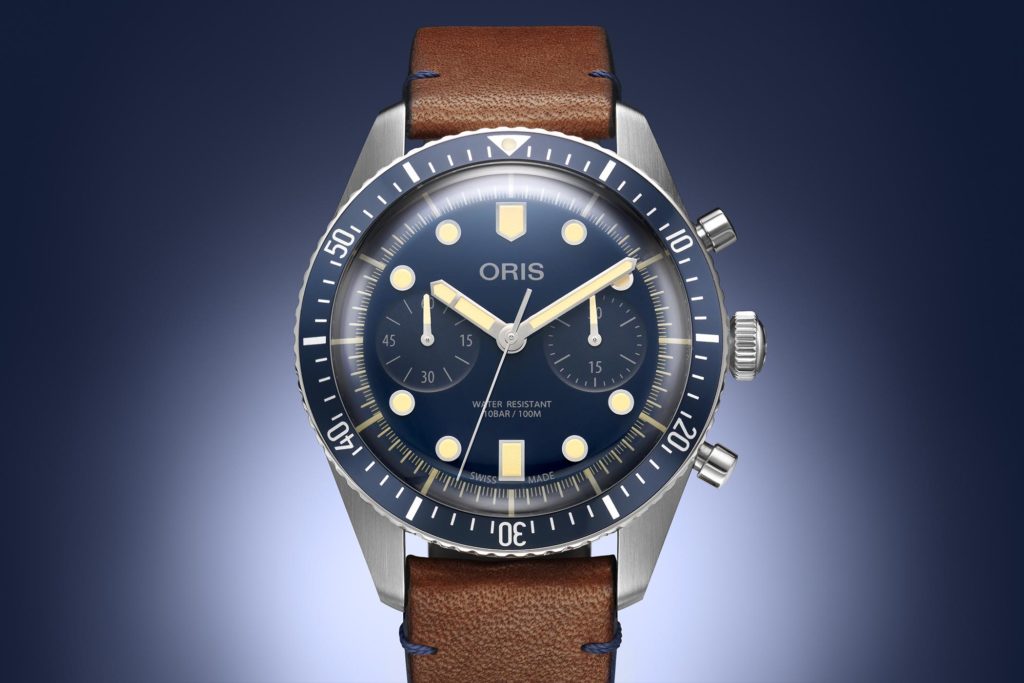 In all the Oris Divers Sixty-five Bucherer blue edition is a great looking watch which fans of the brand have been long waiting for. The watch would come attached to a brown vintage leather strap with blue stitching and would retail at a price of EUR 3,900. Once again, the watch is a non-limited edition and would be available to purchase only at Bucherer stores.