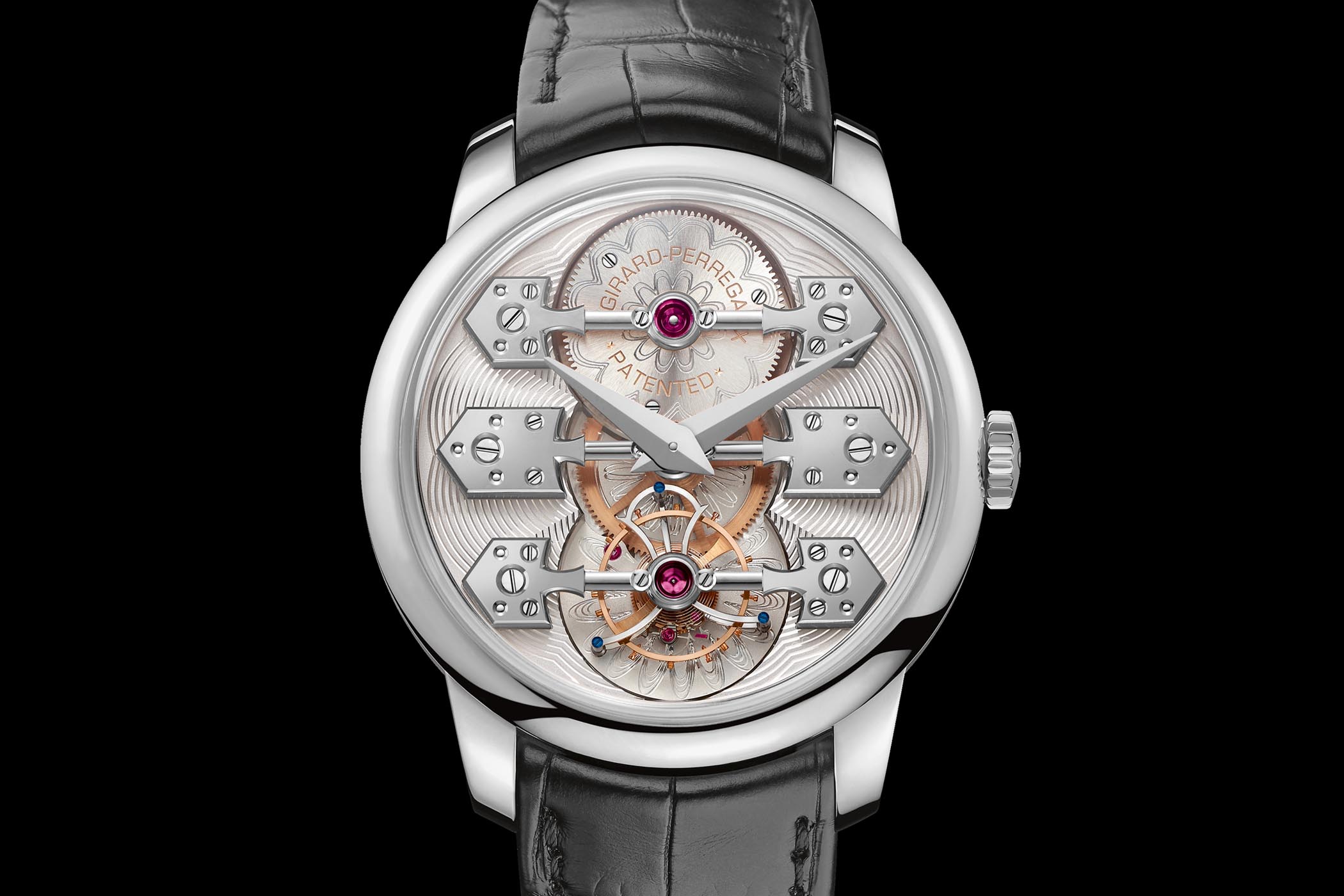 Pocket watches might not be in vogue these days, but it is easy to say that they carry a nostalgic charm and have acted as a base for the beautiful wristwatches that we see around today. So, on that note allow us to introduce to you The Girard-Perregaux La Esmeralda Tourbillon, a modern and elegant looking wrist watch that pays tribute to a historic pocket watch with the same name.

It was in the year 1889 that the jury of the Paris Universal Exhibition awarded a Gold-medal to Girard Perregaux for creating a pocket watch called La Esmeralda featuring a unique three bridge tourbillon movement. To mark the 225th anniversary of the brand, Girard Perregaux brought back a piece of history in 2016 by launching the La Esmeralda Tourbillon wristwatch. The watch was executed in a rose gold tone and went ahead to win the title of Tourbillon watch of the year 2016 awarded by GPHG. And now in 2019, the brand has launched the white gold variant of the same watch. 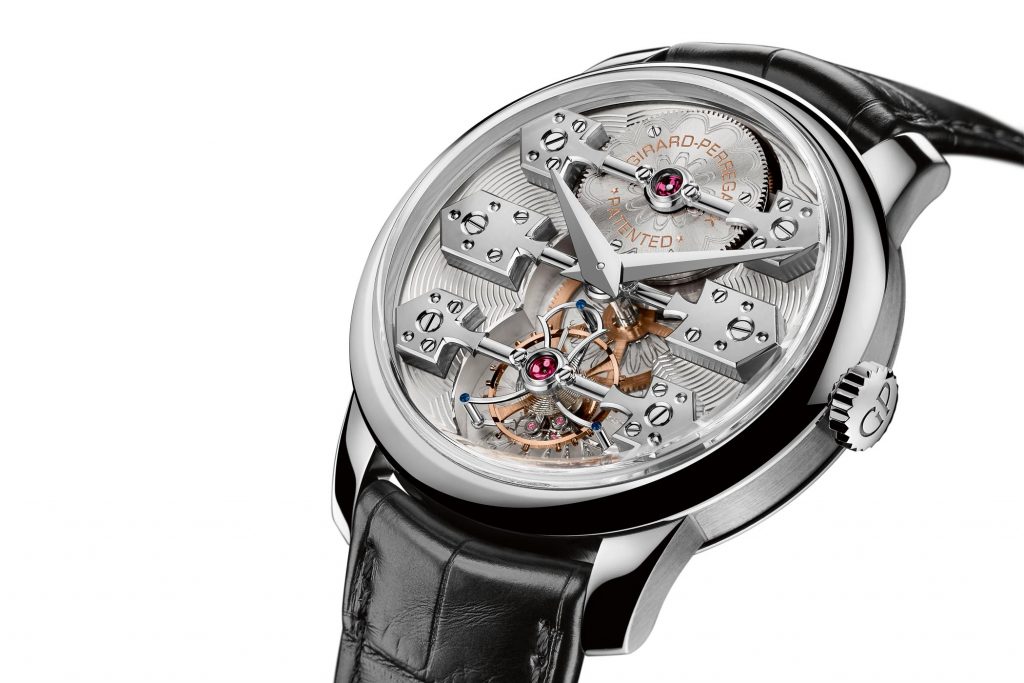 The dial on the Girard-Perregaux La Esmeralda Tourbillon has been nicely executed and can be considered a good example of how the main dial and movement can be seamlessly united to create a piece of art. At the center is the stunning vertically stacked movement which is quite like the one found on the Esmeralda pocket watch. Sitting on top at 12 is a big barrel with a micro-rotor underneath. In the middle is some exposed gear train, followed by the one- minute Tourbillon at 6 which sits securely inside its signature cage. 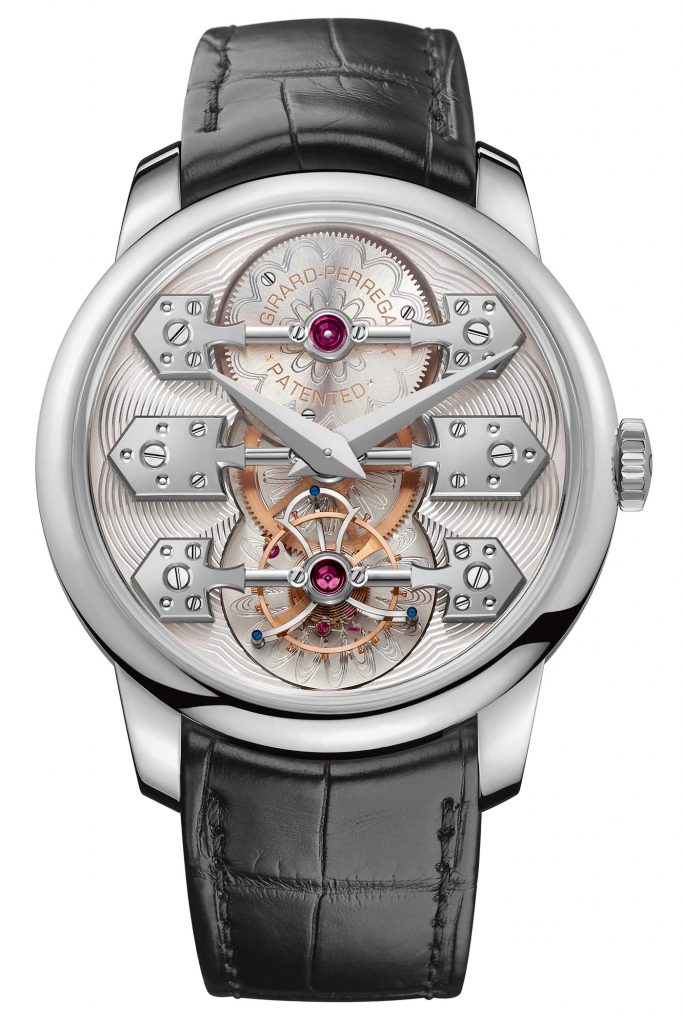 Further to this bringing everything together are the three arrow-shaped bridges which once again seem to have been pulled up from the Esmeralda pocket watch with a subtle color variation. The bridges this time around have been handcrafted out of solid white gold (the original reference had a rose-gold execution) and have been placed slightly above the rest of the movement on the main guilloche dial. The finishing on the bridges is immaculate which includes mirror polishing on the main surface, hand beveling on the edges and straight grained sides. Also, just like the 1889 piece, the arms of the bridge are rounded by hand using a burnisher. The bridges at 12 and 6 have diamond polished Chaton’s at the center and the central bridge has the razor-sharp sword-shaped handset stacked on top. For a movement which is as large as 36mm and is a visual treat, Girard Perregaux has wisely opted for a 44mm case. It is made of white gold and nicely complements other elements such as the bridges and the handset, giving the watch a cohesive look.

Overall, the Girard-Perregaux La Esmeralda Tourbillon is a great piece of horological art. The watch would come attached to a black hand-sewn leather strap with a triple folding clasp made from white gold. The price on this statement piece would only be revealed on request.