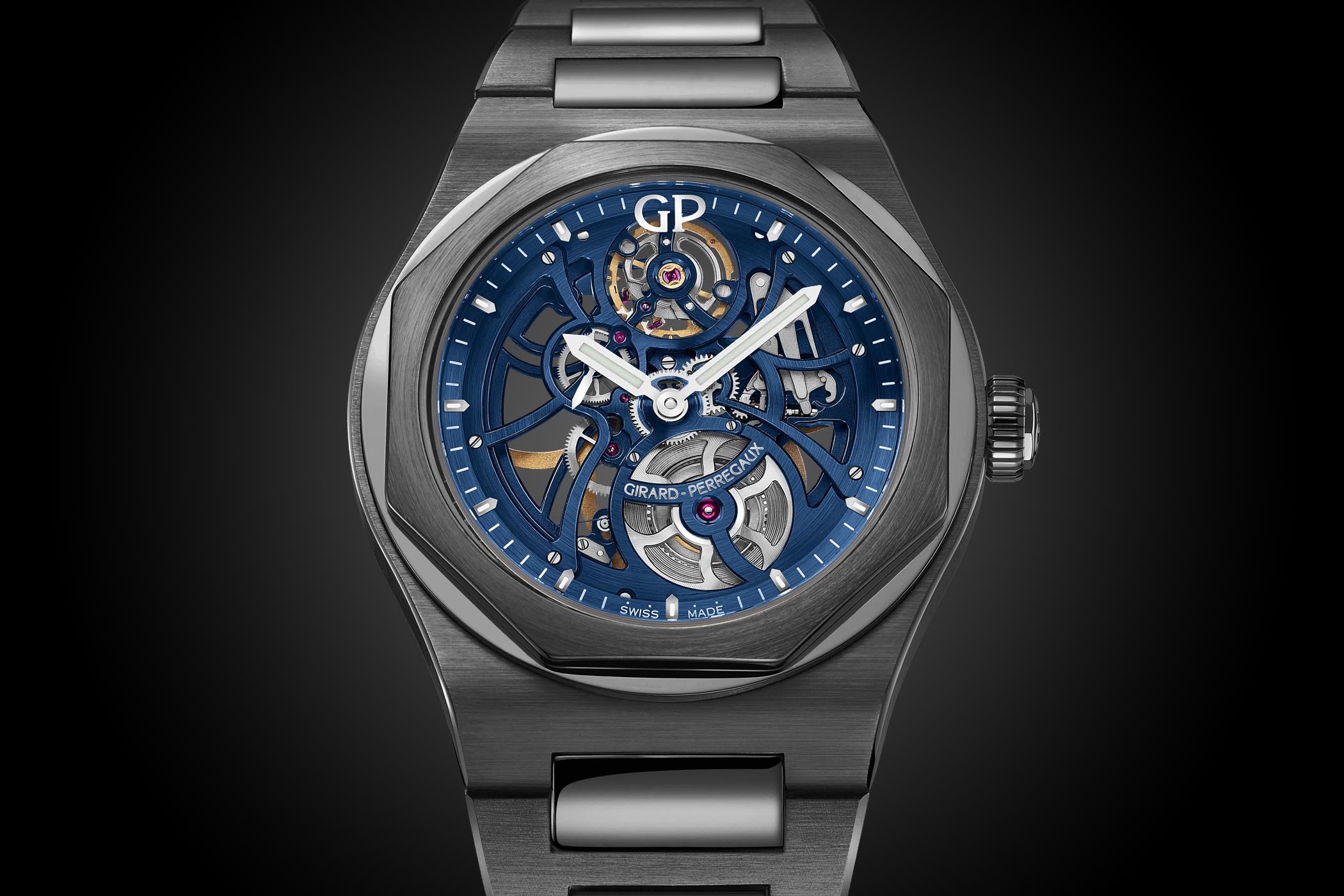 In keeping with the most popular theme for watches at the current time, i.e. blue, Girard Perregaux introduces its new skeletonised version of the Laureato which features a blue dial, or part of a dial. The Laureato is Girard Perregaux’s answer to the other sporty, dressy watches from high-end manufacturers that we’ve come to love such as the Patek Philippe Nautilus, Audemars Piguet Royal Oak, Vacheron Constantin Overseas and the Breguet Marine. Unfortunately, the influence of the Girard Perregaux brand isn’t quite up to scratch compared to those as mentioned earlier, so they have a little trouble shifting the units. 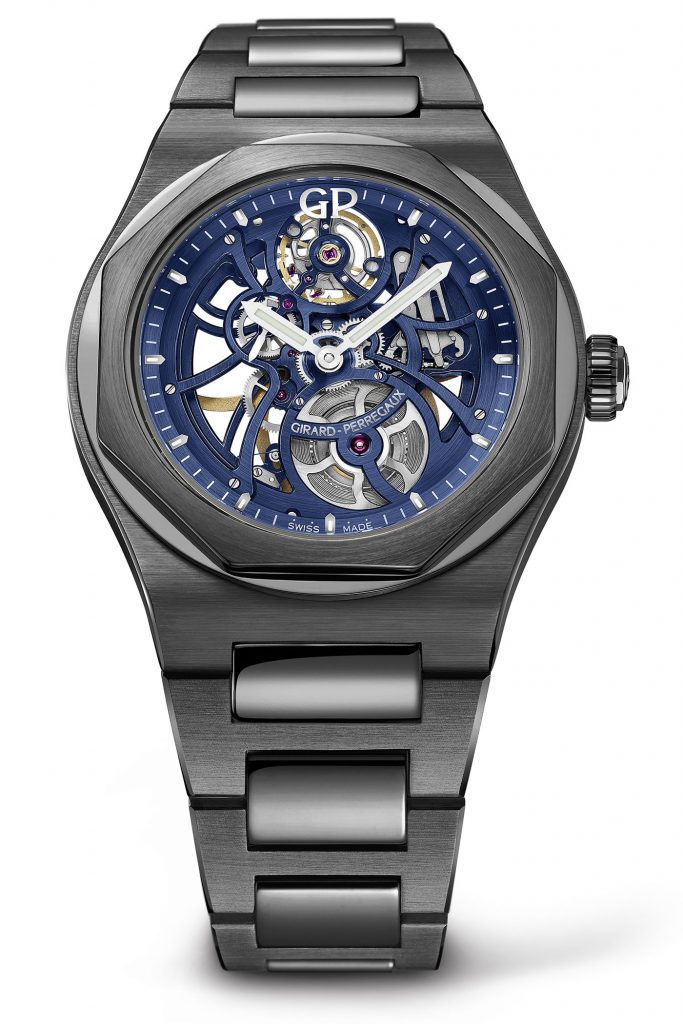 Earth to Sky is a moniker we’ve seen before on Girard Perregaux’s 1966 Earth to Sky edition reference 49555-11-433-BH6A. The new Laureato, reference 81015-32-432-32A, follows the same idea of the deep blacks and vibrant blues we think of when we visualise deep space. Unlike the previous edition, the Laureato Earth to Sky is not a limited production watch and can be purchased for 38,500 Swiss Francs. 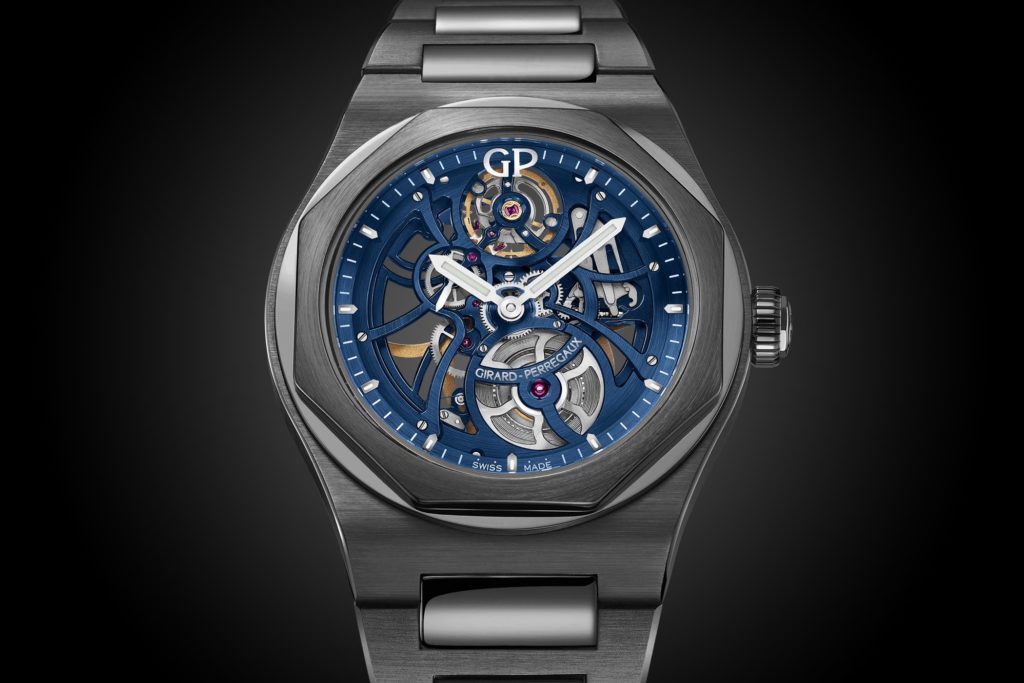 Sounds like a lot of money, and it is. But, you get a ceramic case with a ceramic bracelet with a triple deployment clasp made from titanium. That case is 42mm in diameter and 10.93mm thick and protects the inner workings down to a depth of 100m.

The inner workings of the watch are where the magic happens. The GP01800-1041 movement in this watch is made in house out of 173 individual components and 25 jewels. The balance wheel oscillates at 4Hz, providing the watch with a delicate balance between accuracy and longevity, the power reserve is 54 hours for this one. Although technically impressive, it would be hard to deny that the real point of this movement is to look good, both on the front and the back. 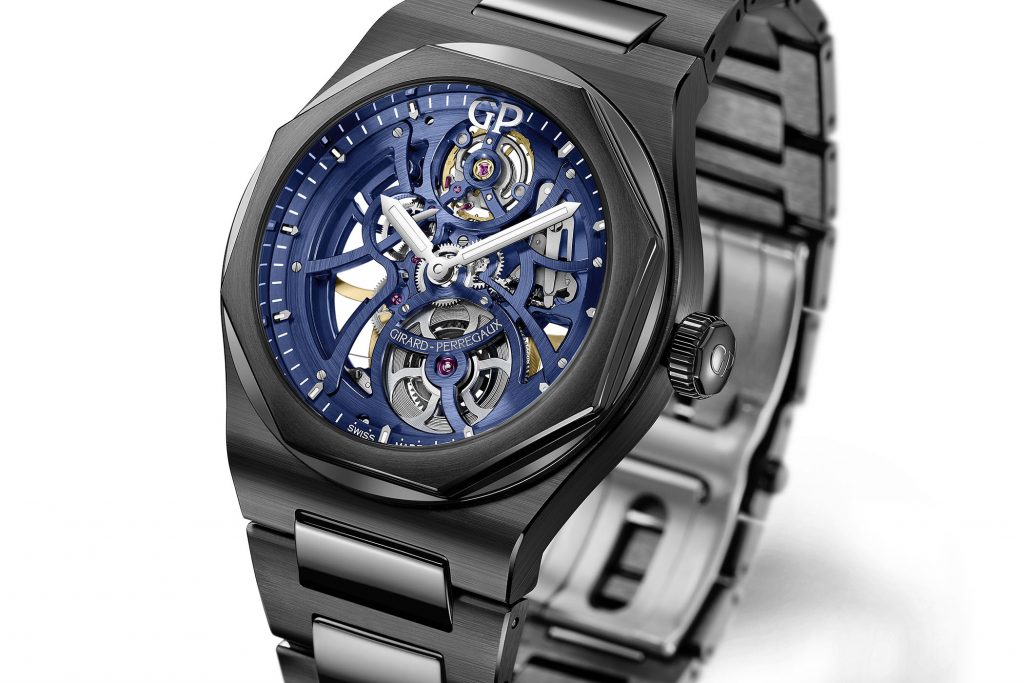 The plates and bridges here have been cut away where possible to give the skeleton look which is certainly attractive. They’ve then been coloured a deep and rich blue which contrasts well with the gold colourings of the various components. It’s also worthwhile noting that even though it’s a skeleton watch, it is still legible thanks to the large hands which are of a contrasting colour to the rest of the dial.

Although it does command a high price, the Laureato Earth to Sky edition is a rarity in the watch world, even moreso than the skeletonised Royal Oaks which are common among Instagram “influencers”.