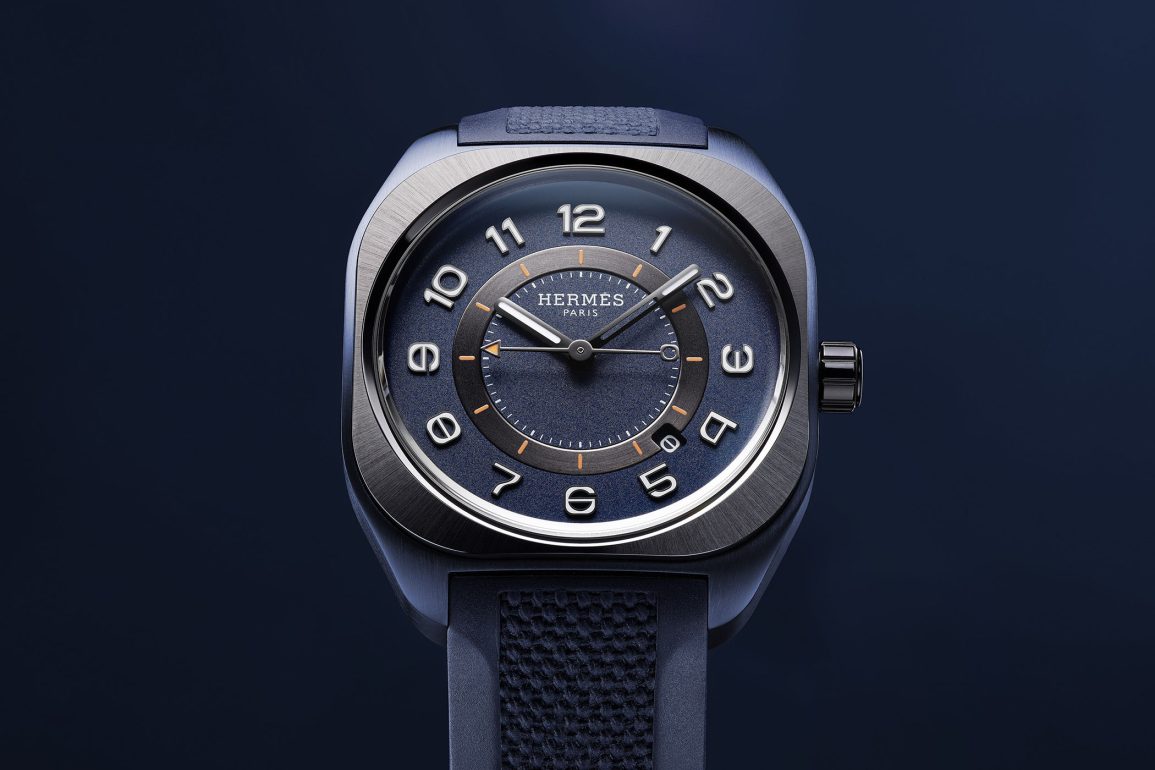 Last year we showed you a new sporty watch from Hermés, the H08. An unusual-looking watch, the H08 seemed popular with the article’s commenters. All four of them seemed pleased by the design and options of straps and bracelets available on the new piece. It’s quite a surprise in some ways. Although they’ve been at it for a while (over 40 years), I still don’t see Hermès as a watchmaker. Mind you, with names such as Chanel, Gucci and Tiffany & Co taking their watchmaking more seriously than ever before it does make sense. 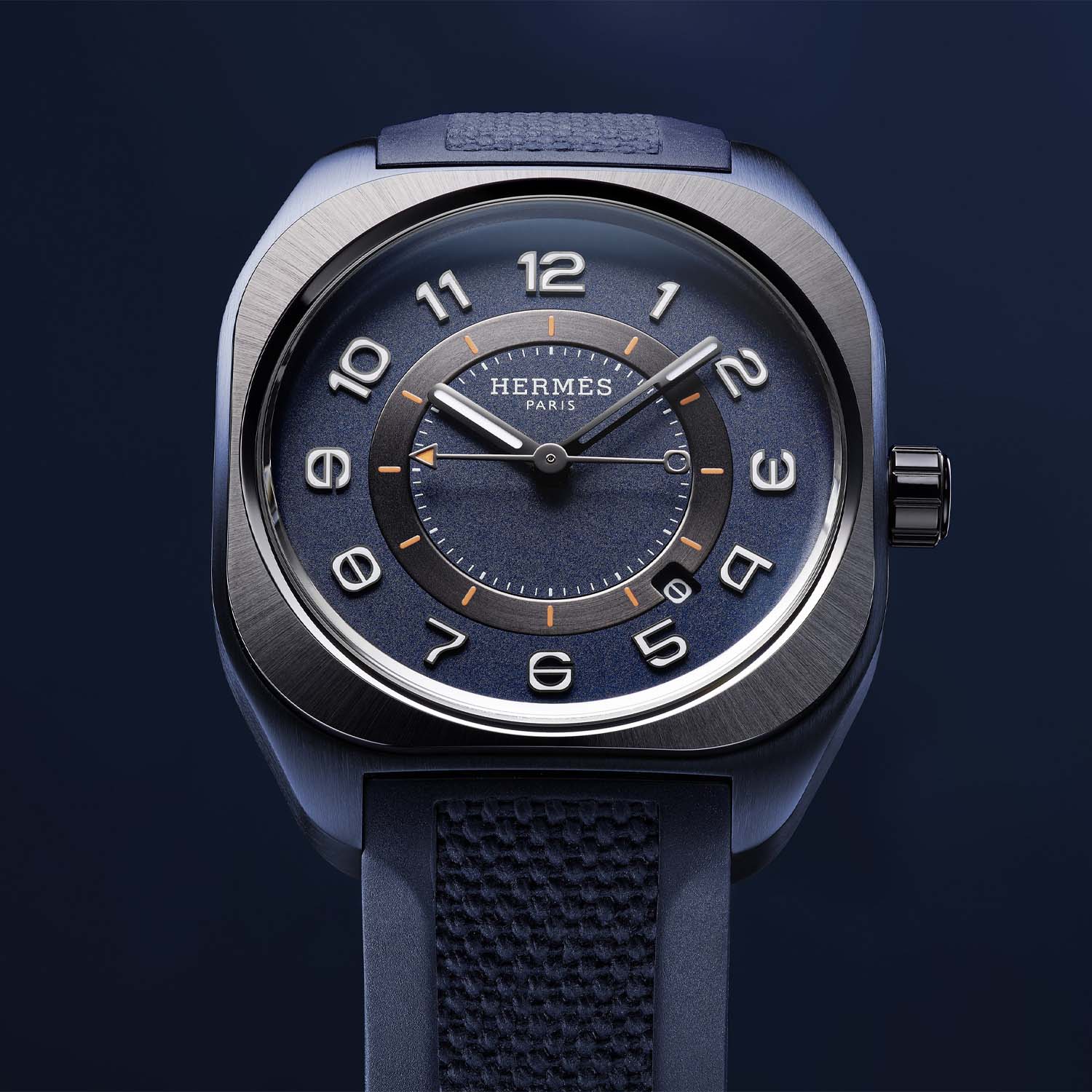 The new watch measures the same as the old one, and the case is 39mm x 39mm. It’s hard to describe precisely what kind of square it is as the proportions seem a little weird, the closest watch in this shape neighbourhood is probably the Cartier Santos. Hermès has undoubtedly been more daring with its case design, though, as the central part of the titanium case has been brushed, and then blue PVD coated. Meanwhile, the rounded square bezel is made of black ceramic and has been given vertical brushing. It’s attached to a textured rubber strap with titanium clasp and offers 100m of water resistance. 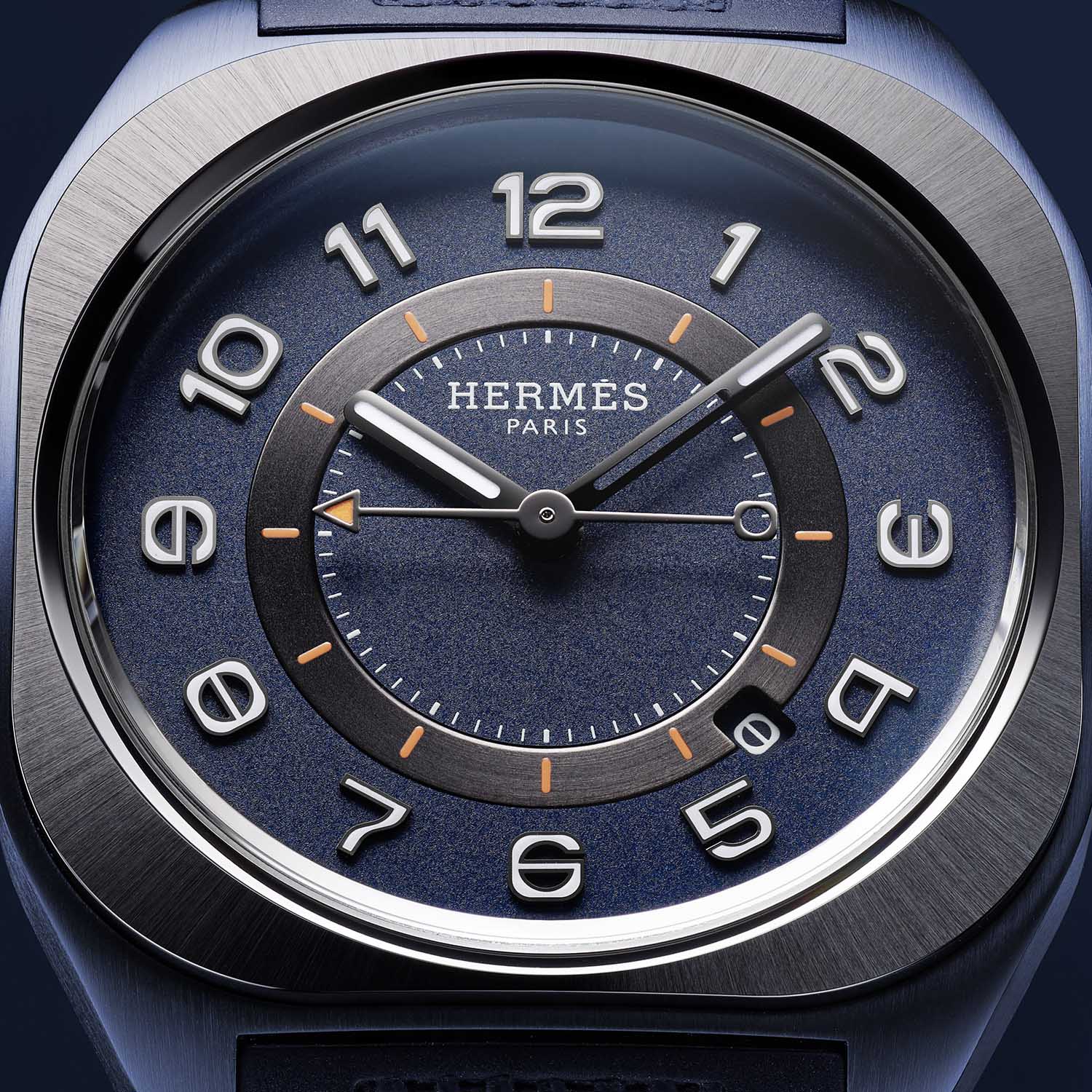 Underneath the sapphire crystal is a dial that matches the colours of the case. It’s predominantly blue with a grained texture and forms a great base for the black hands, markers and chapter ring. I love the font the lumed markers are written in, but I feel the minute hand is a little too short. The seconds hand also seems a little weird, but that could be Hermés’ unique Frenchness working its way into the design. There’s also a date window that’s not quite in the chapter ring or out of it, it looks odd but at least it’s white on black, so it blends in. 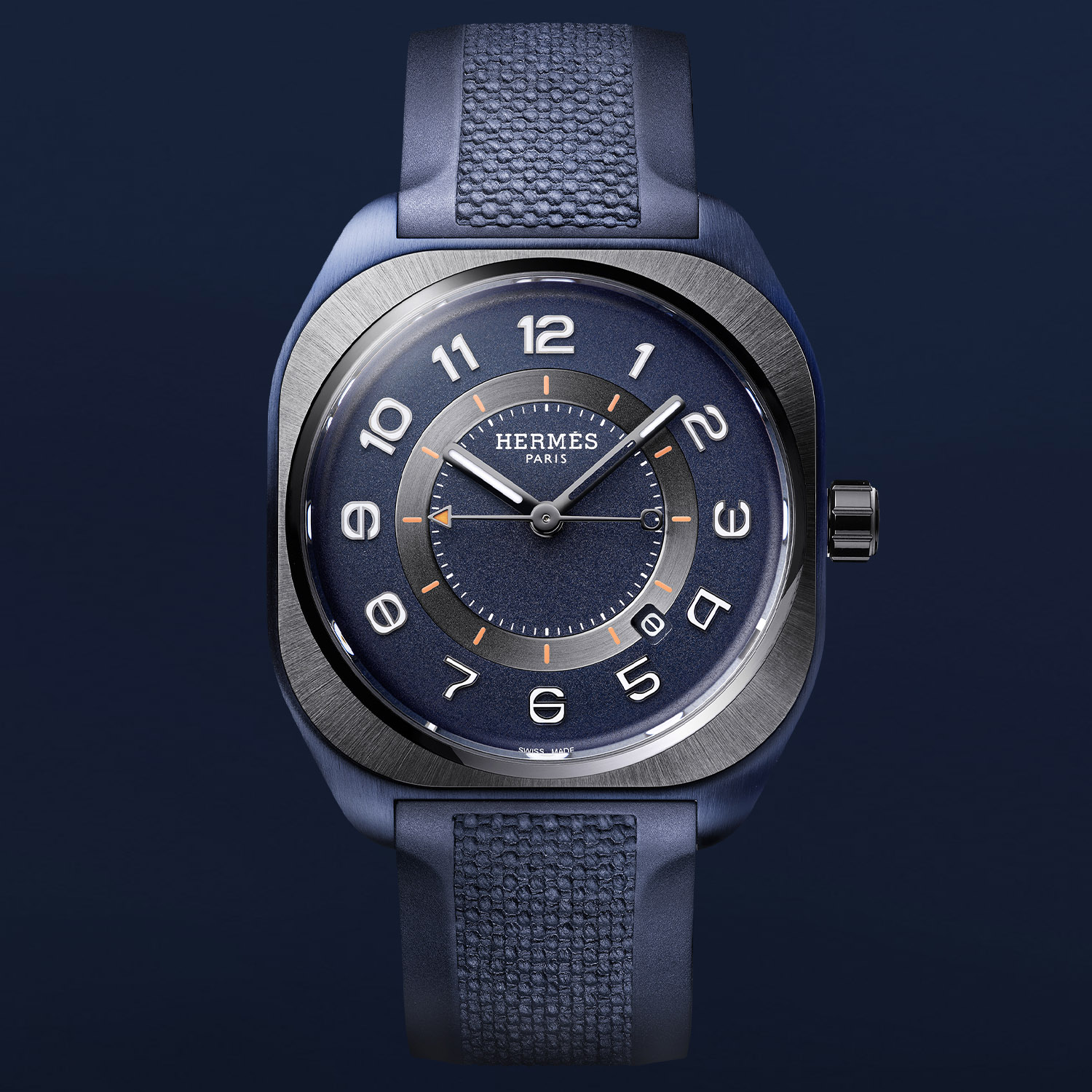 Around the back and visible through a sapphire crystal is the automatic calibre H1837. It’s been around for a decade now, but in that time, its lost none of its edge. The movement’s standout feature is its ‘H’ motif for decoration which takes up the entirety of the movement plates and rotor. It was designed and made by Vaucher, which is based in the small alpine village of Fleurier, Switzerland. Vaucher is connected to Parmigiani, which is also based in Fleurier, and has supplied movements to them and also Richard Mille. Hermès owns 25% of the company. This movement has a 4Hz beat rate and 50-hour power reserve. It’s also just 3.7mm thick.

Available now from Hermès boutiques, this one will set you back $8250.