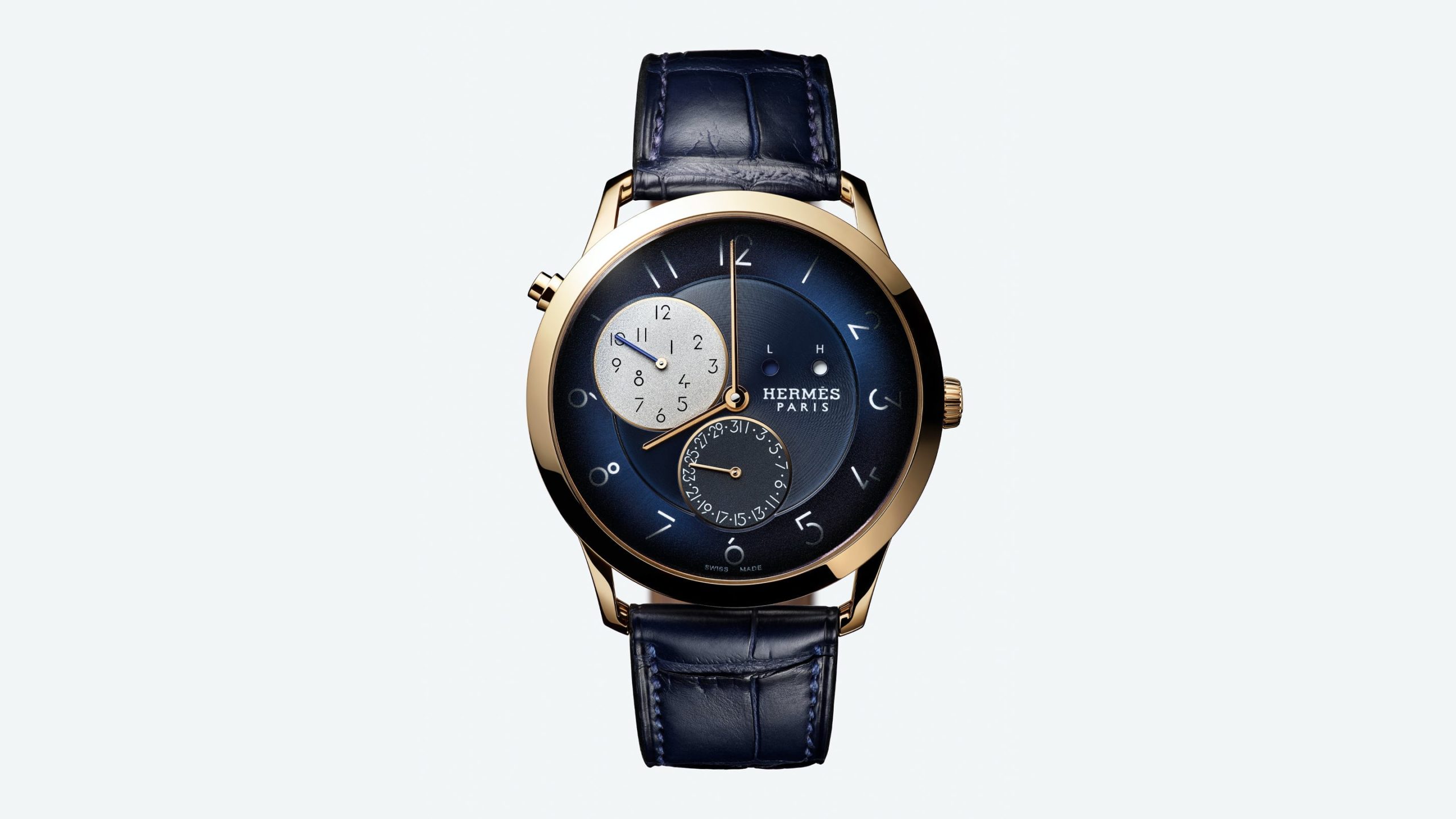 It’s easy to forget that the big fashion houses like Louis Vuitton, Chanel & Hermès do more than make massively priced accessories for women. It’s even easier to forget that Hermès has a watch department, and yet for 2020 it returns to the spotlight with the new Slim d’Hermès GMT watch. Hermès has climbed up the horological ladder in recent years, and wristwatches are something it has become very good at. The reason for this is because they’re very experienced in making expensive accessories with lavish design. Still, because they use the Fleurier based manufacturer called Vaucher, there’s horological significance to these watches too. They aren’t just for show. 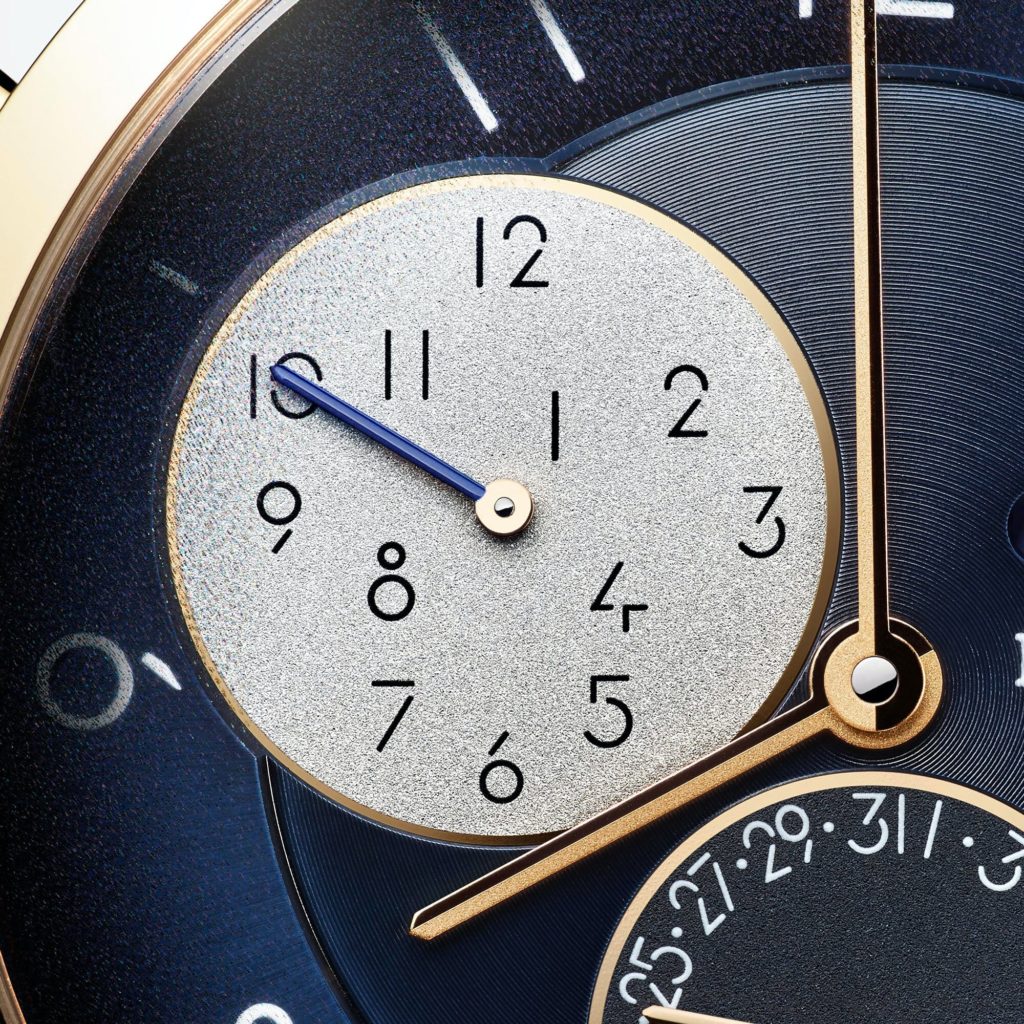 The Slim d’Hermès line has always had a quirky design to it, and the new GMT is no different. Composed of a symphony of silver, blue and gold the new GMT features a modernistic font developed by Philippe Apeloig for the markers and thin no-nonsense hands. The GMT subdial is as attractive as it is confusing with all the numbers arranged asymmetrically. There’s also a date subdial rather than a window, and two small cutouts which make up the day/night indicator. 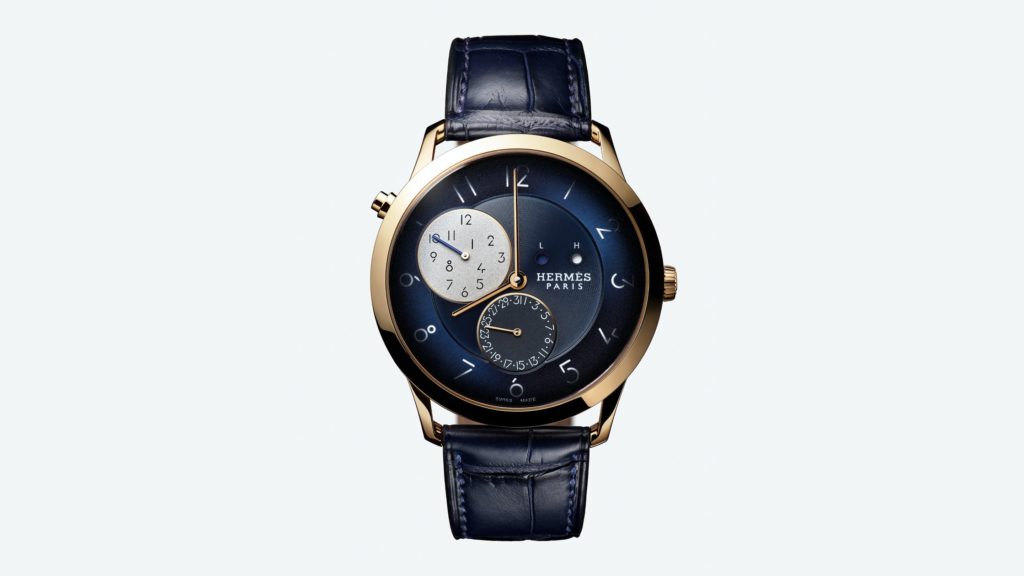 Make no mistake about its horological prowess, however. As mentioned, in 2006 Hermés acquired a 25% stake in Manufacture Vaucher, based high up in the Swiss mountains. Vaucher makes movements to be used predominately in other people’s watches, such as Parmigiani Fleurier & Hermès. This allows them to call the calibre H1950 inside the Slim d’Hermès GMT “in-house”, but it’s based on a Vaucher VMF 5401. It’s an exceedingly thin movement, only 2.6mm thick in total, with a 4Hz beat rate and a 42-hour power reserve with micro-rotor no less. 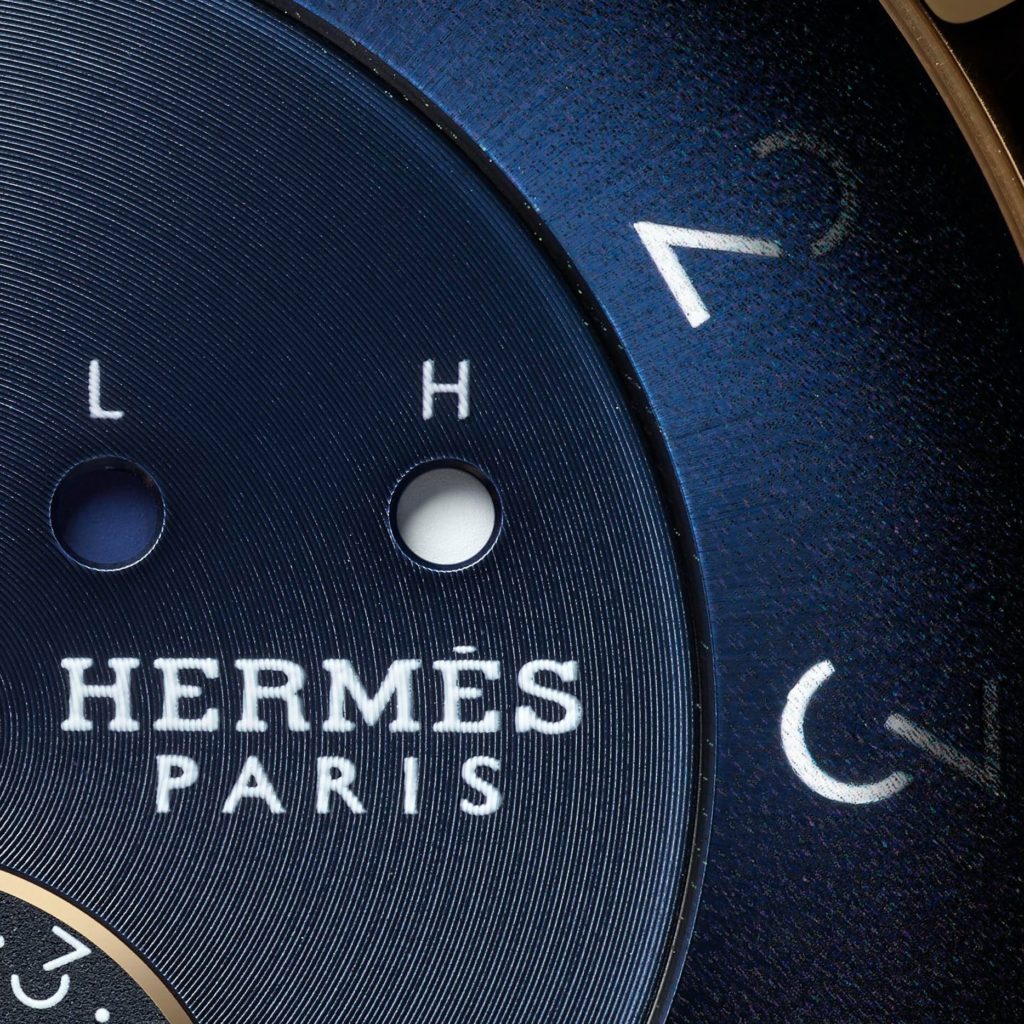 All of that goodness is packaged inside a 39.5mm rose gold case. The new Slim d’Hermès GMT is not a limited production model and will retail for $19,675.