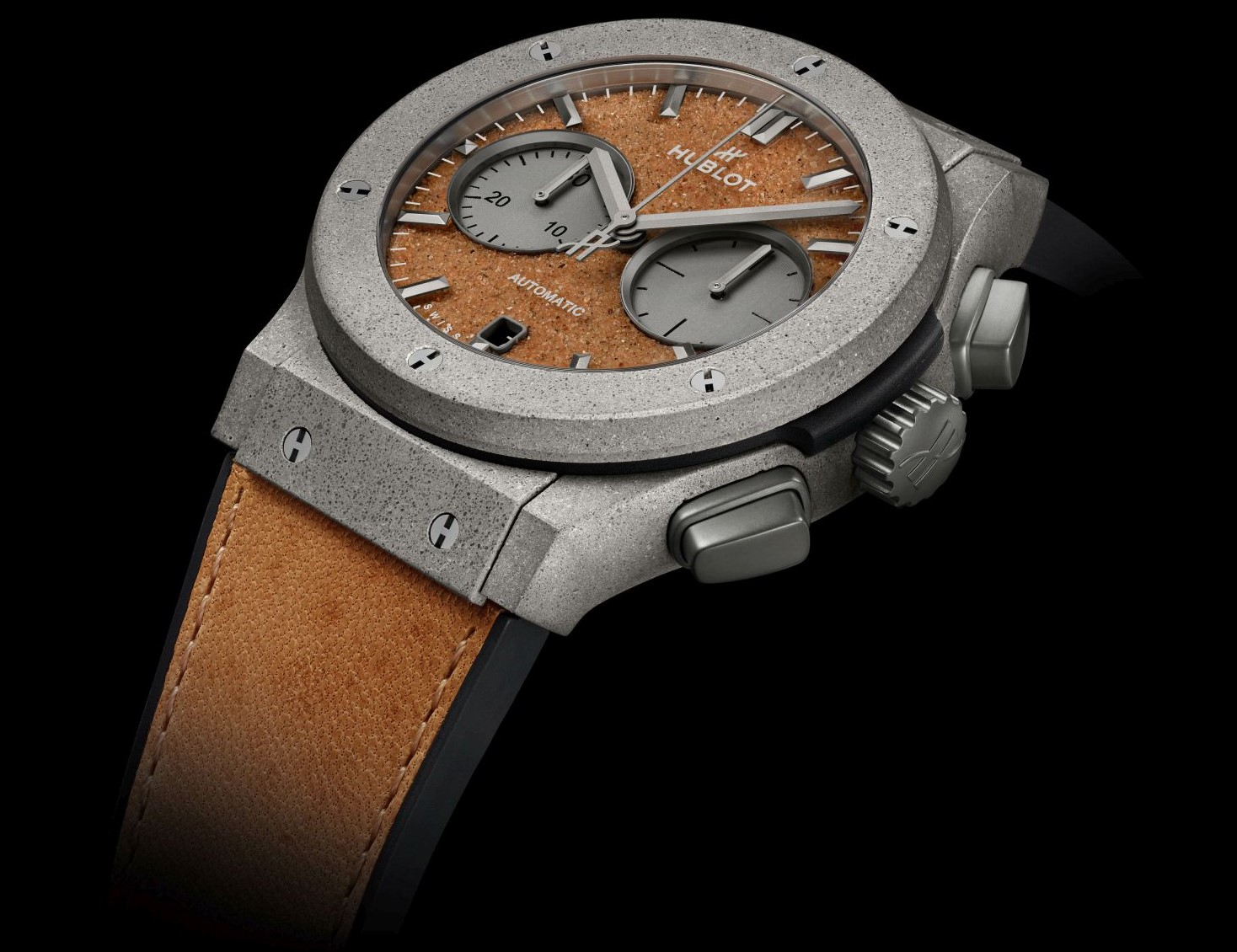 Hublot mixes concrete, sand and camel leather for this 50th anniversary of the UAE's independence.

Hublot is known for making use of bizarre materials when creating its watches. We’ve seen titanium, various forms of scratch-resistant gold, sapphire crystal, ceramic and even concrete. It’s surprising that we haven’t seen one made of myrrh or Jerusalem artichokes. Concrete is the material of choice for this new piece. We last saw Hublot use it roughly a year ago in their tribute to the ‘concrete jungle’ that is New York. It also uses sand and camel leather, an intriguing if unusual combination. 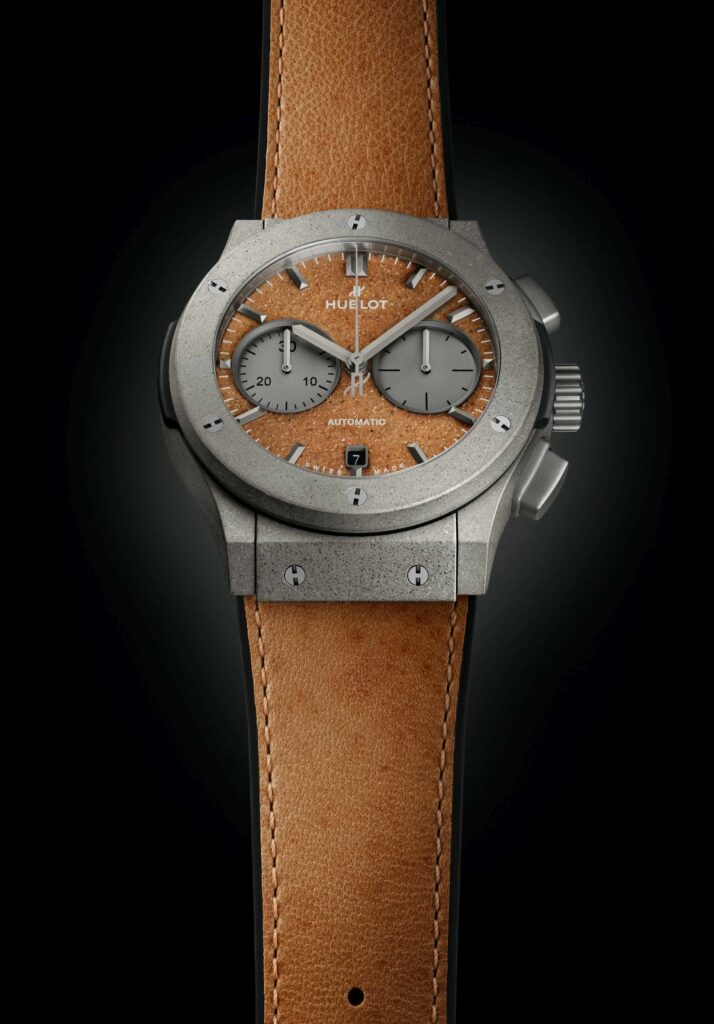 The watch has been made in partnership with Ahmed Siddiqui and Sons, a retailer of fine watches based in and around the United Arab Emirates, which is marking 50 years of independence from British rule this year. In the past 50 years, the area has seen remarkable growth from a rather barren land to one of the world’s wealthiest countries. 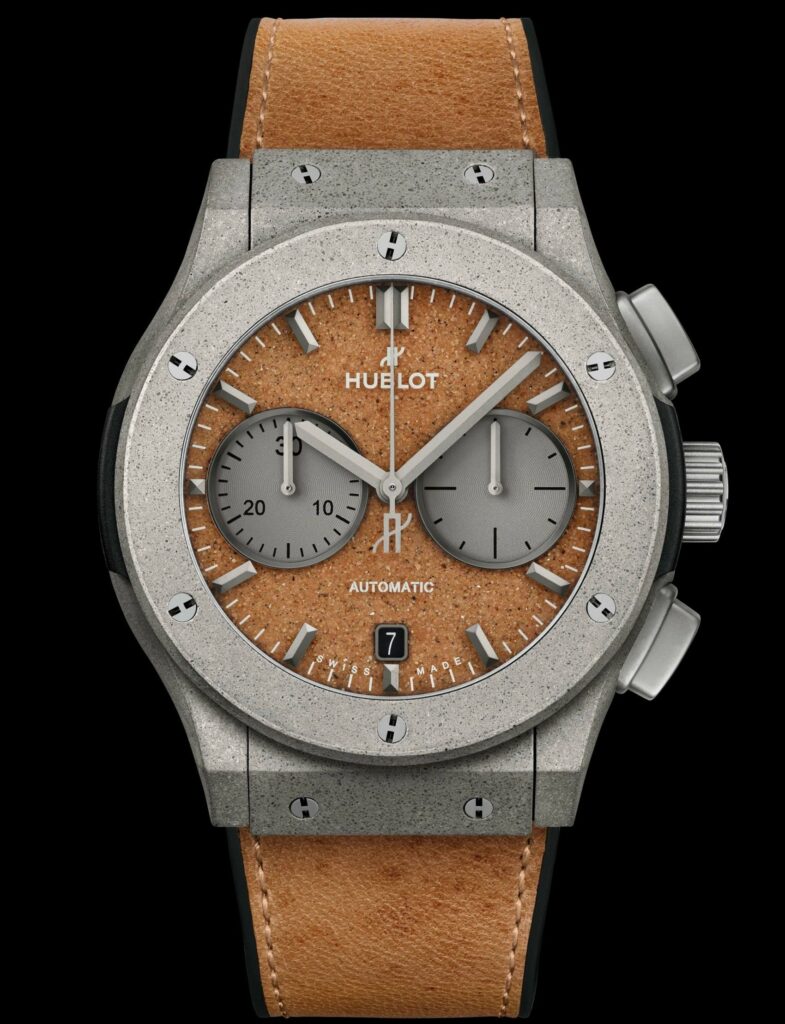 The watch is housed in a 45mm x 13.85 case which, if this is the same formula as the ‘concrete jungle’ watch, mixes concrete with epoxy resin to hold it in shape and stop it eroding over time like concrete normally would. The bezel is concrete too and secured with screws featuring the H logo. There’s also an anti-reflective treatment for the sapphire crystal. 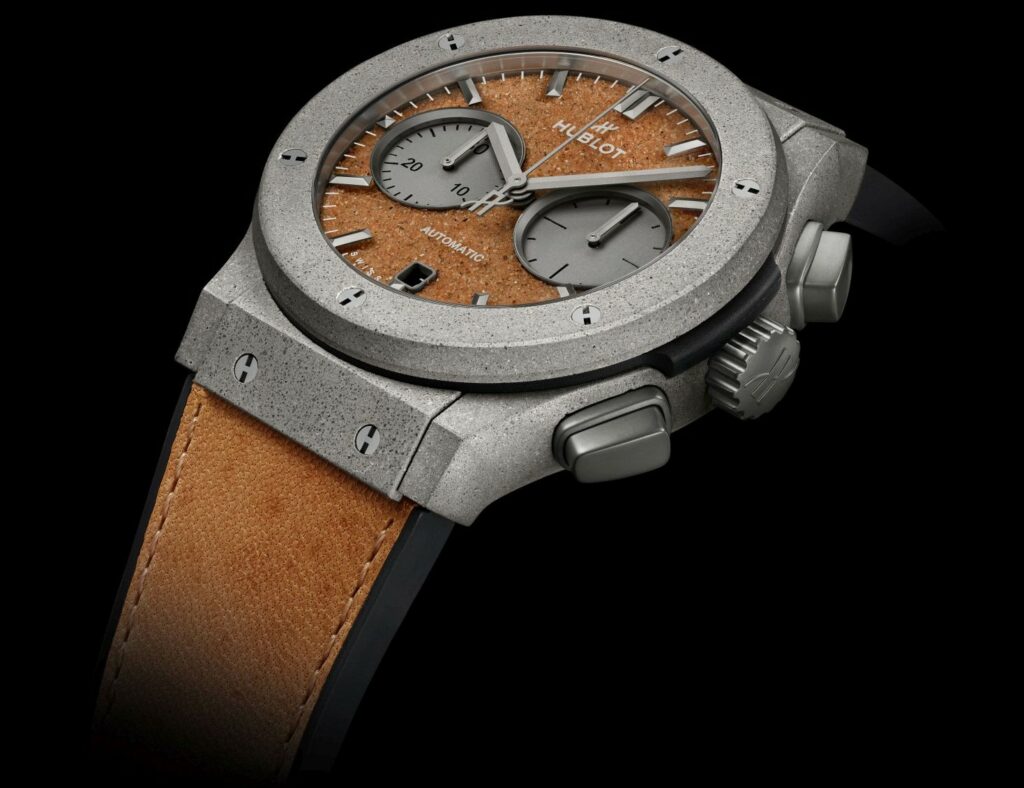 The dial plate has been coated in sand that’s been tinted orange, providing a reference to the great sands of the deserts of the UAE and contrasting the concrete making up its glistening skyscrapers. The chronograph features are quite simple. There’s a central chronograph seconds hand and 30-minute subdial. There’s also a date at 6 O’clock. 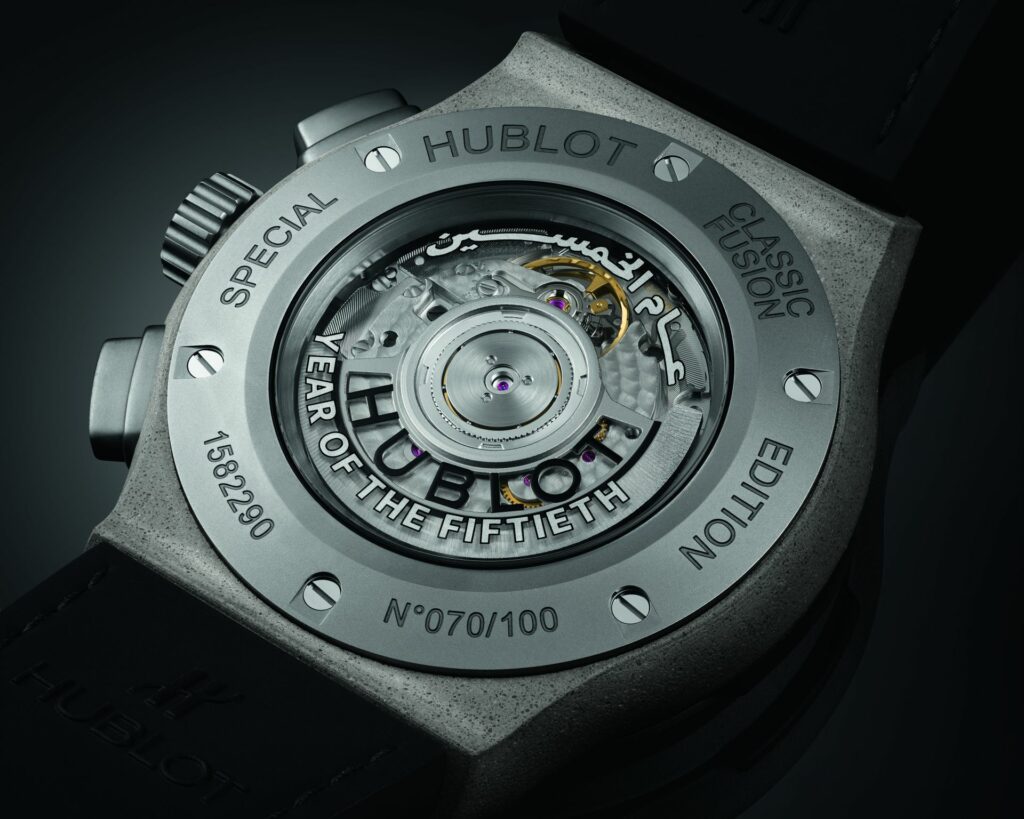 Around the back of the watch and on display through a sapphire crystal is a self-winding HUB1143 calibre, which is based on an ETA 2892-A2 and has a 4Hz beat rate with a 42-hour power reserve and Dubois Depraz chronograph module. Other than a custom rotor, it’s not entirely clear how Hublot has made this movement different. My sources for this movement don’t even indicate that it’s COSC chronometer rated, which is strange considering you can buy ETA movements that hold that particular certificate. You’ll note there’s a print on the crystal marking the 50th anniversary. I’m not as bothered by this as I usually am as it doesn’t cover the movement entirely.

The strap on the watch is finished in the same orange colour as the sand on the dial and is made of camel leather, an unusual choice, but it’s still better looking than ostrich leather. This is limited to 100 pieces, and they’ll each cost $25,200.