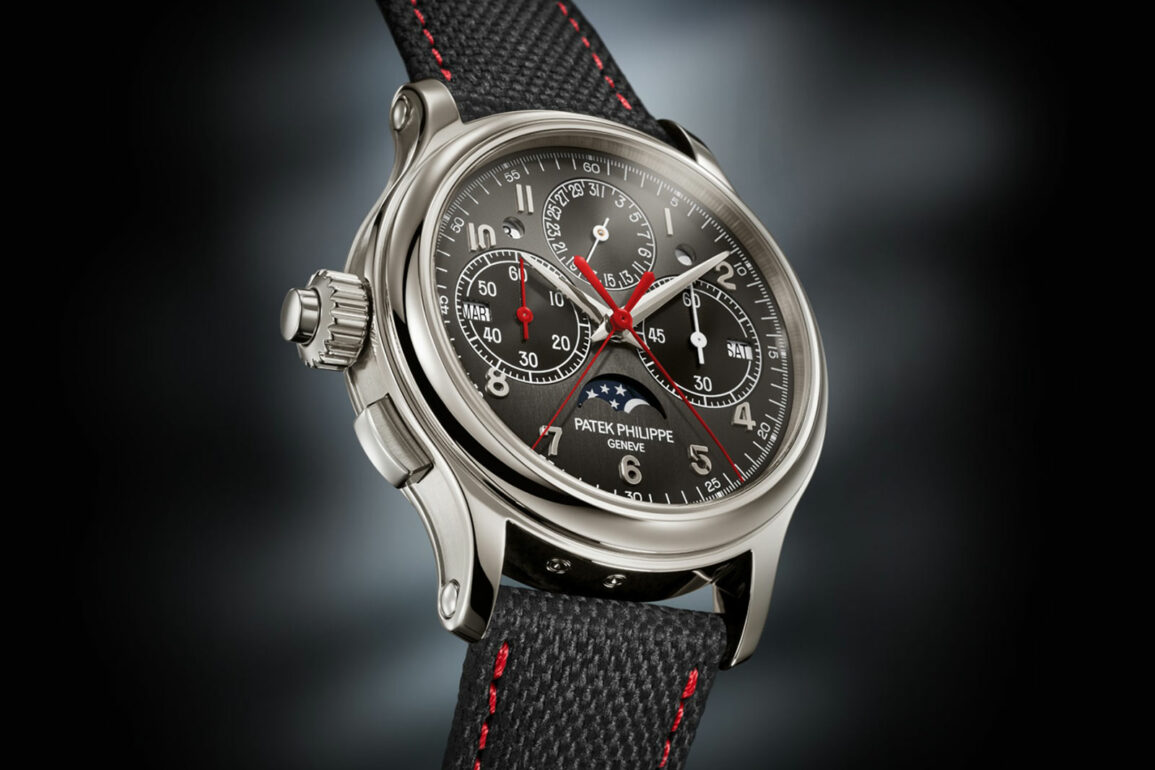 Patek Philippe reveals a stunning left-handed watch in time for the holiday season.

Just in time for the Christmas shopping splurge of 2022 to commence, Patek Philippe has released some new watches, which I’m sure will dazzle our readers and increase the prices of things on the grey market, a win-win for Patek then. Ever the master of complicated watches, Patek Philippe has revealed a left-handed version of one of its more complex offerings. It’s a single pusher split-seconds chronograph with a perpetual calendar called the ref. 5373P. 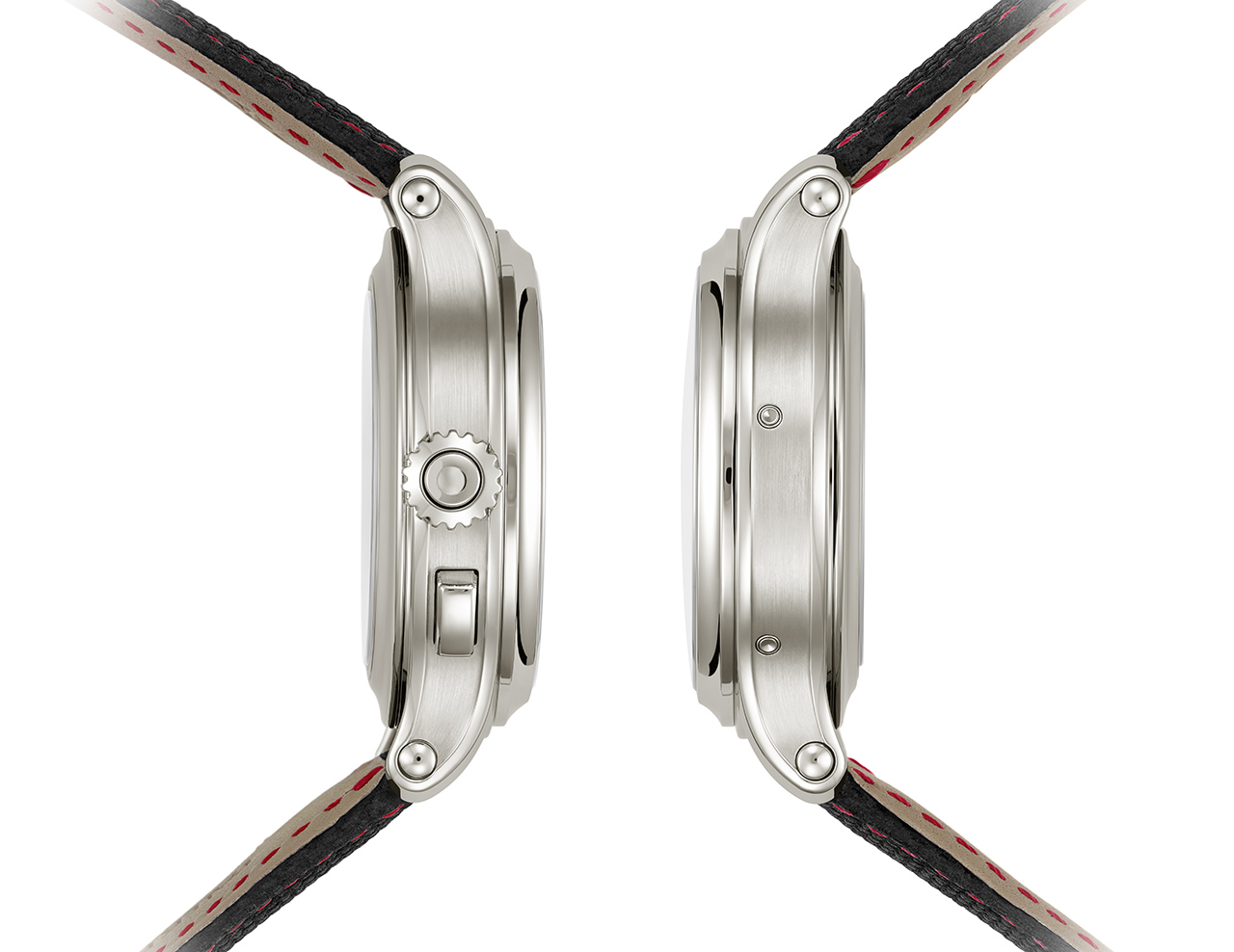 To be clear, I don’t think that left-handed watches are a fashion statement so much as an obvious necessity that watchmakers have missed for decades. Earlier this year, Rolex revealed the first left-handed watch it’s ever made, if my memory serves correctly, the GMT-Master II ref. 126720VTNR. That watch was literally a GMT-Master II but with an inverted dial. It seems the 5373P is the same, the watch sports an unusual pusher location of 8 O’clock, if we look at watches with similar complications such as the 5370P-011 we can see this pusher on the opposite side. It makes perfect sense, and Patek Philippe has still had to change the perpetual calendar displays and the chronograph so that it’s all oriented the right way around. 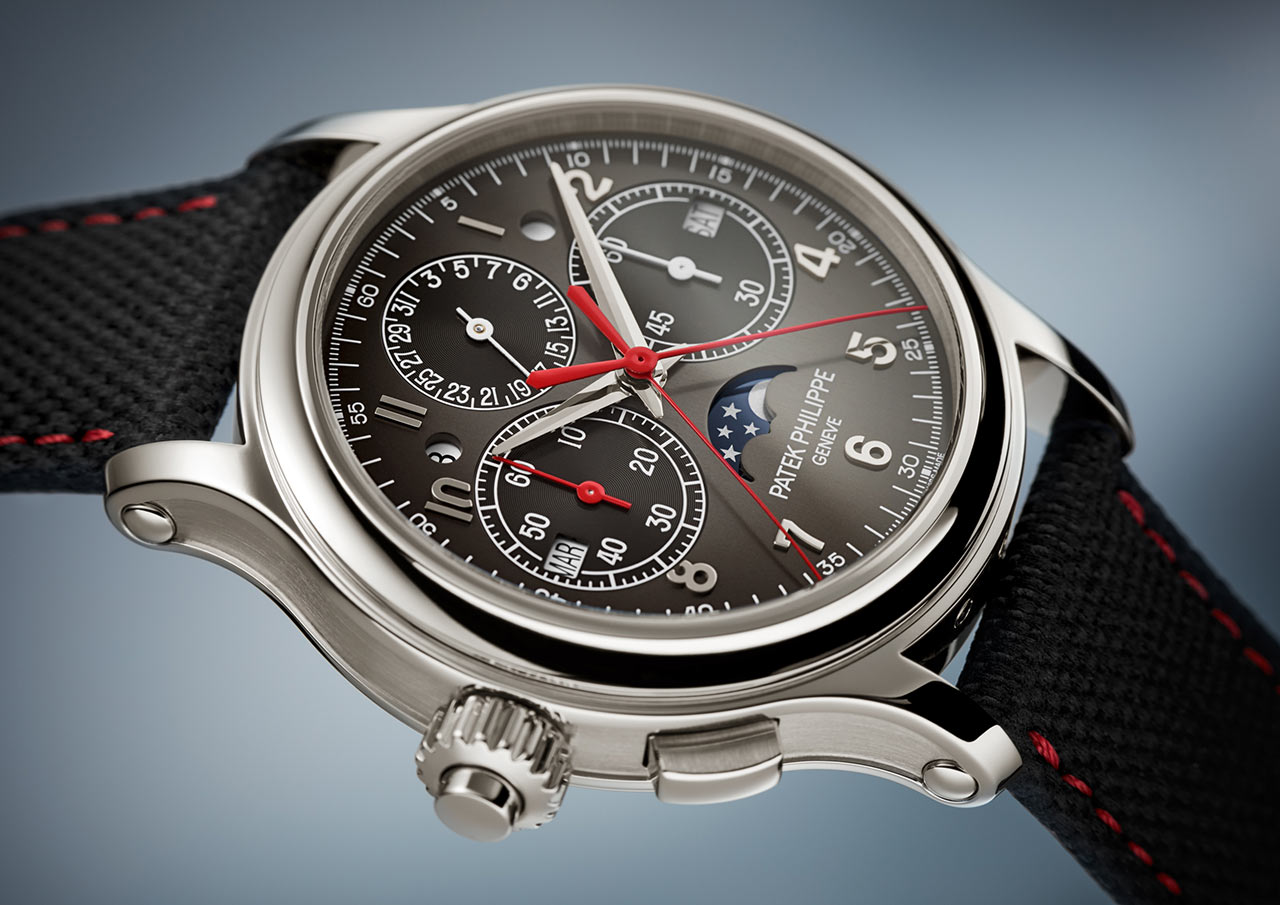 As the name suggests, this is an extremely complex watch and the dial shows a lot of information. The subdial at 12 O’clock is for the perpetual calendar with running seconds at 3, windows at 3 and 9 O’clock show the day and month respectively and a moonphase is at 6 O’clock on the dial. The leap year is indicated by the small round window at 10:30 and opposite that is a day/night indicator. 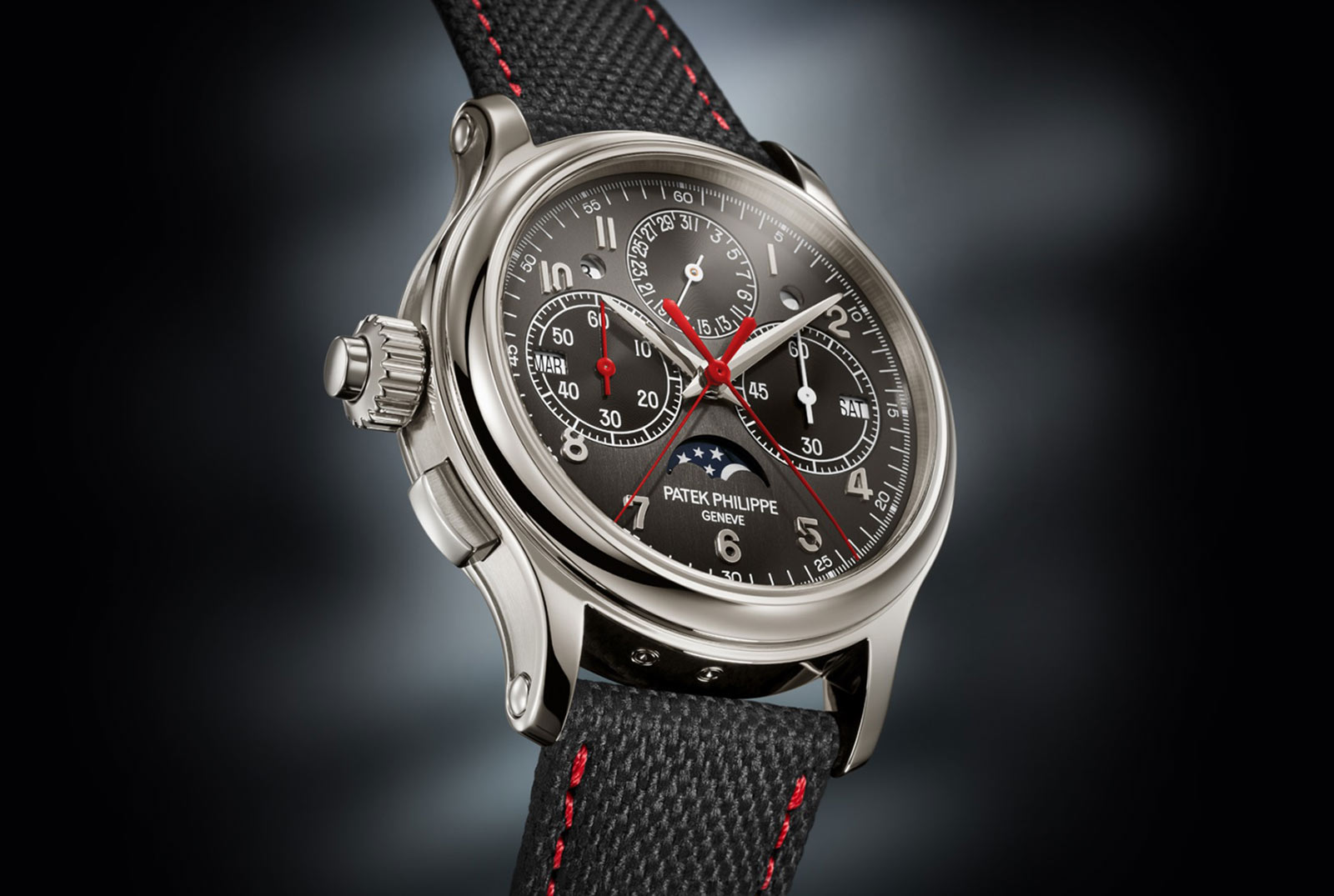 Touches of red contrast the grey gradient dial and provide indication for the chronograph. The basic functions of this are controlled through the pusher hidden in the crown, a monopusher chronograph cycles through running-paused-reset with each push, but the extra pusher below allows one of the two chronograph seconds hands to stop in place, thereby providing the split seconds feature which could be useful for lap times. 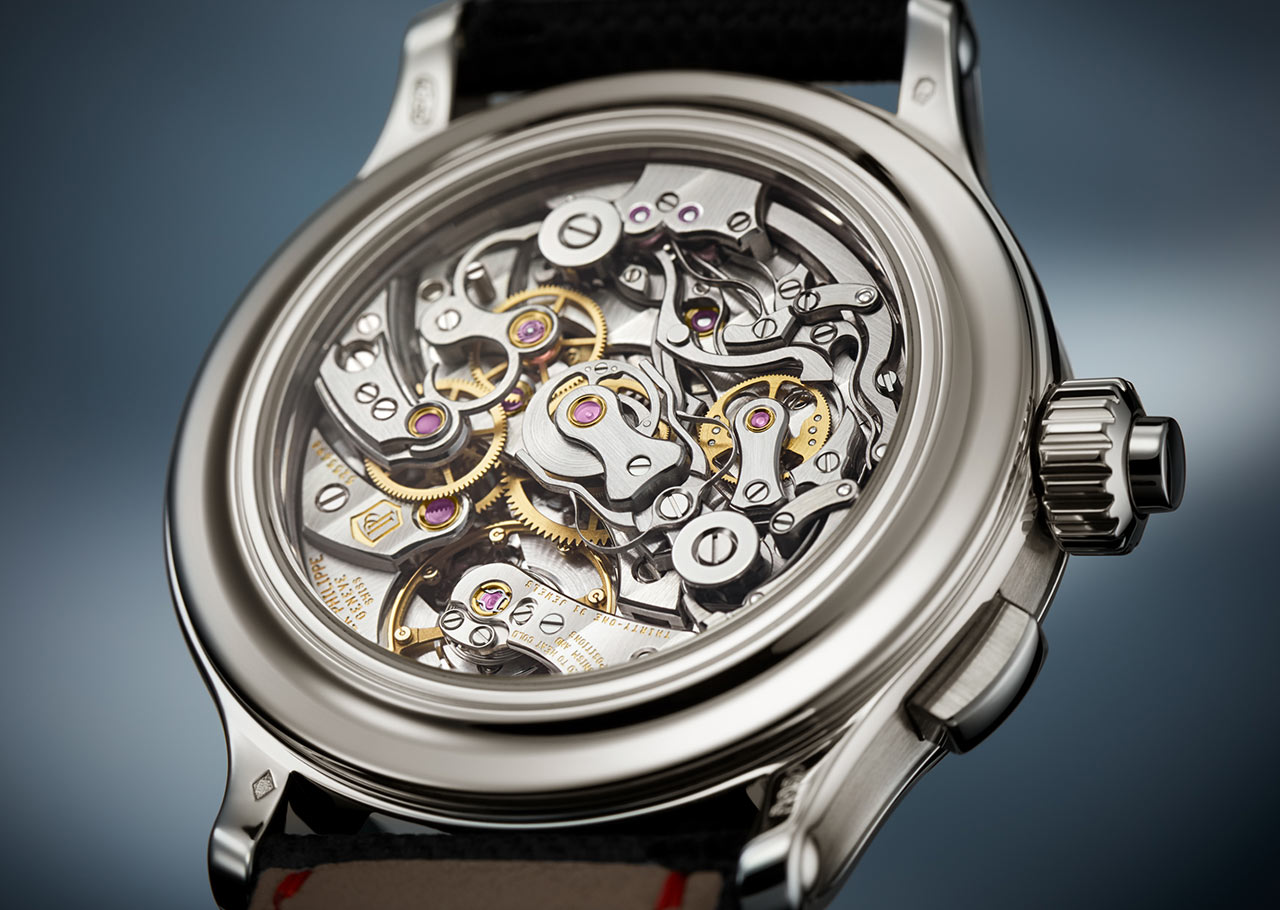 Visible through the caseback is the watch’s movement, the calibre CHR-27-525 PS Q, which Patek Philippe claims is the thinnest ever perpetual calendar with a split-seconds chronograph added, it’s just 7.3mm thick. The finishing is 100% Patek Philippe with rhodium-plated components being the order of the day, another idiosyncrasy of Patek Philippe’s movements is the polished silver cap sitting over each of the watch’s two column wheels. The movement runs for about 48 hours without the chronograph running at a 3Hz beat rate, and it has 476 components. 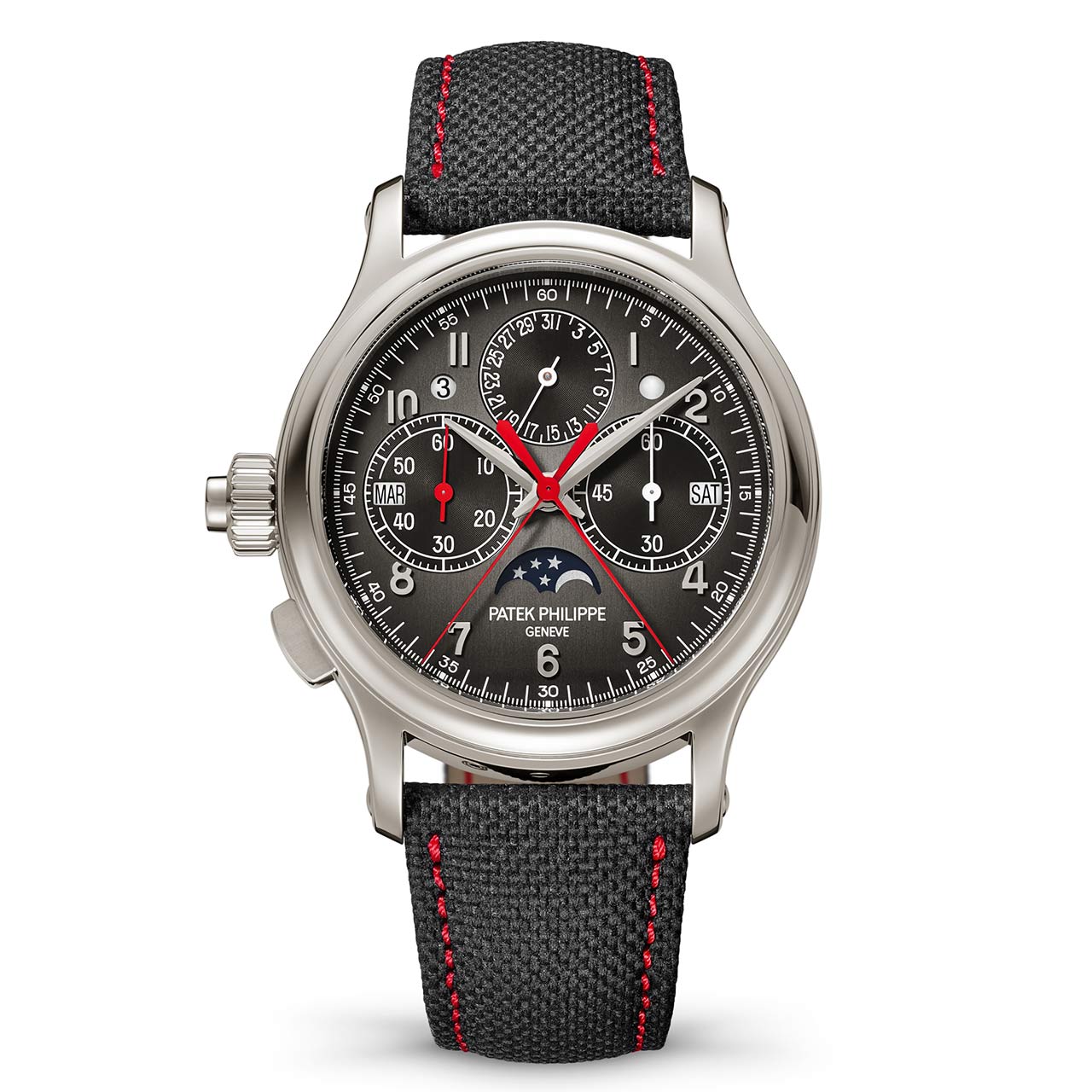 This is all packaged neatly in a solid platinum case measuring 38.3mm x 12.9mm, water resistance is set at 30m but I certainly wouldn’t put that to the test, not least because of the strap which is both fabric and leather, but also because of the CHF500,000 asking price. There are no indications that this is a limited edition watch as far as I know, but expect them to take their sweet time making these.