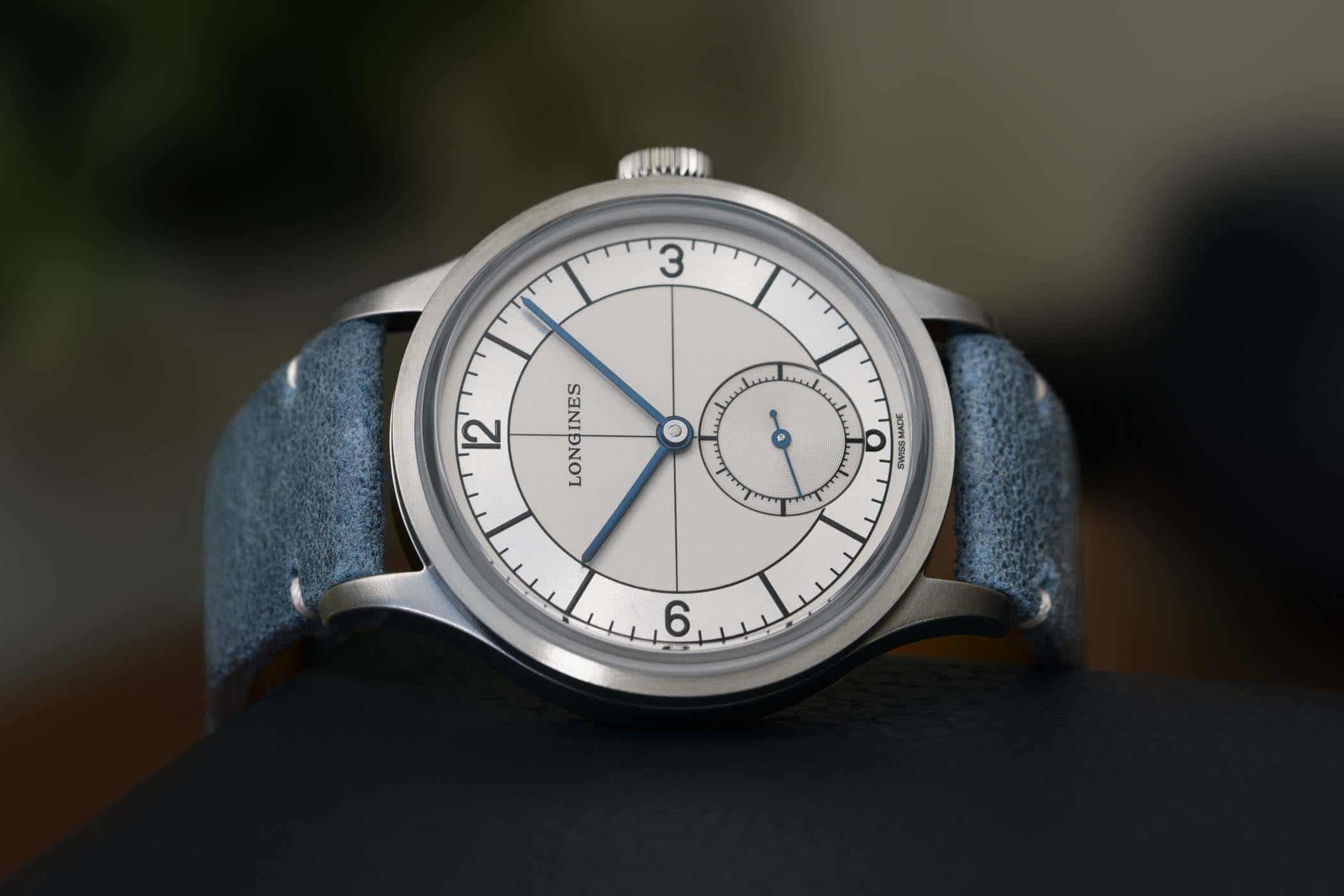 So you thought Jaeger-LeCoultre was the only brand capable of producing a sector dial watch? Think again. While the Longines is not in the same league as the Jaeger-LeCoultre, it’s still a good looking watch and a faithful re-issue of a past model in the lineup, something Longines has proven itself to be quite good at. Art deco drips from this watch which uses the historic ‘Calatrava’ styling associated with the early 20th century with straight lines and a beauty that emanates from its lack of over-indulgent frills. 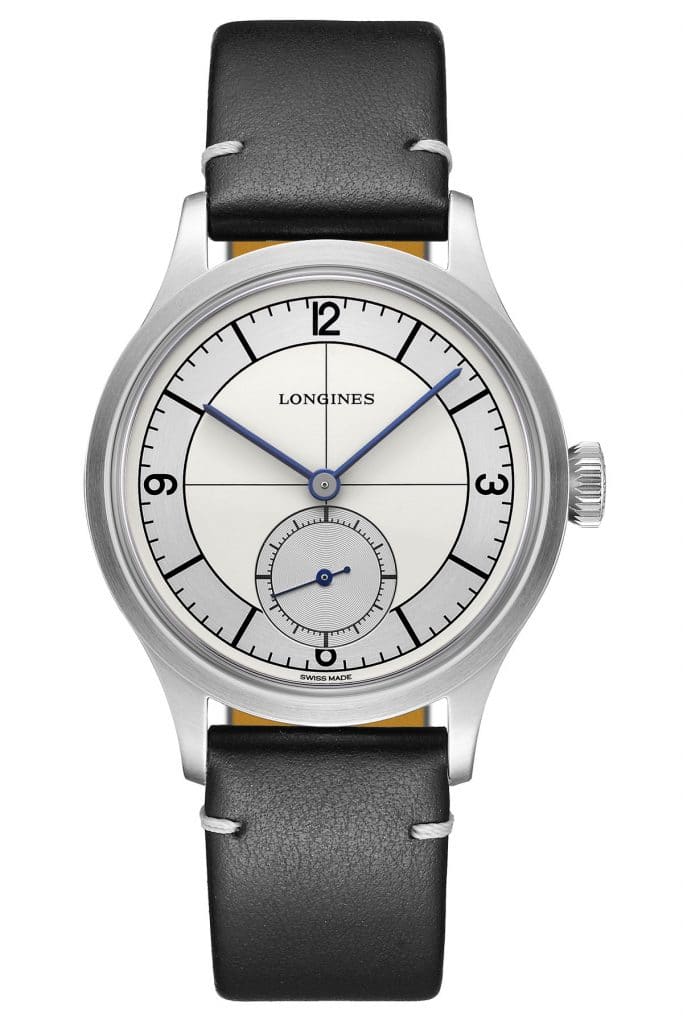 The watch is 38.5mm in diameter, so it’s clearly a dressy watch, but that smaller case size doesn’t mean it lacks character. The dial exudes the most character here and adopts a very vintage-inspired sector design that cuts it up into four pieces. The two-tone colouration is nice as well, as is the design of the sub-seconds dial. It appears to be circles within circles within the overlapping main dial, but it’s all guilloché with intelligent use of black ink to make it look like several circles overlap. 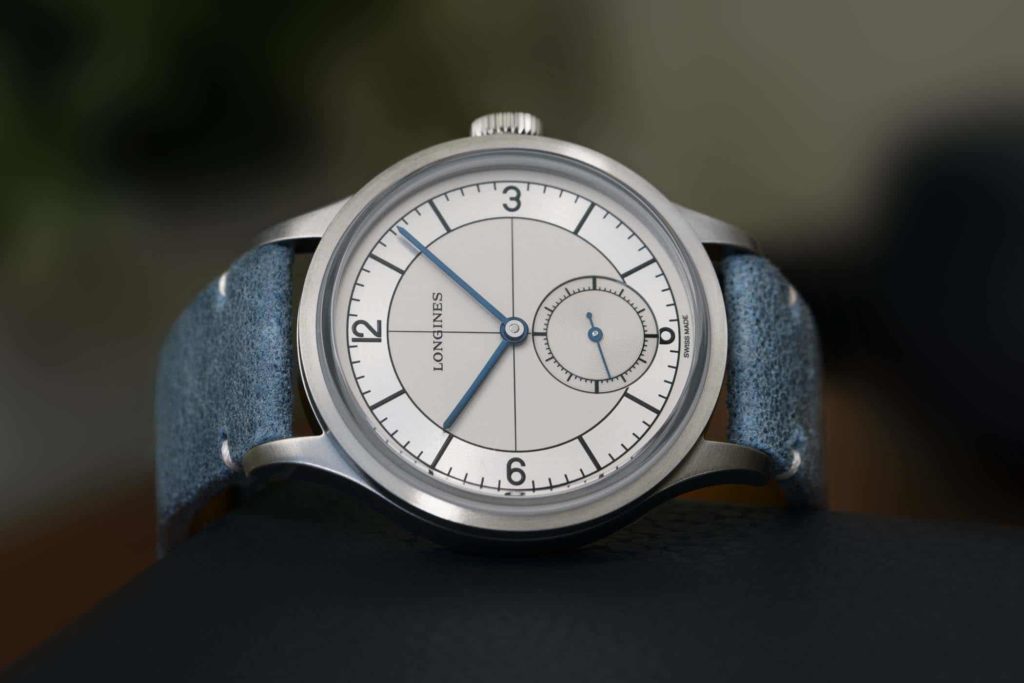 Powering this dateless watch is an ETA movement, as you’ll find in most Longines watches. It’s a modified 2895-2 which is named the calibre L893 in this case. It runs at 25,200vph or 3.5Hz, which is slightly slower than the norm for most modern-day watches. It has 27 jewels and a power reserve of 64 hours. It even receives some of the Swatch Group’s anti-magnetic technology in the form of a silicon balance spring. 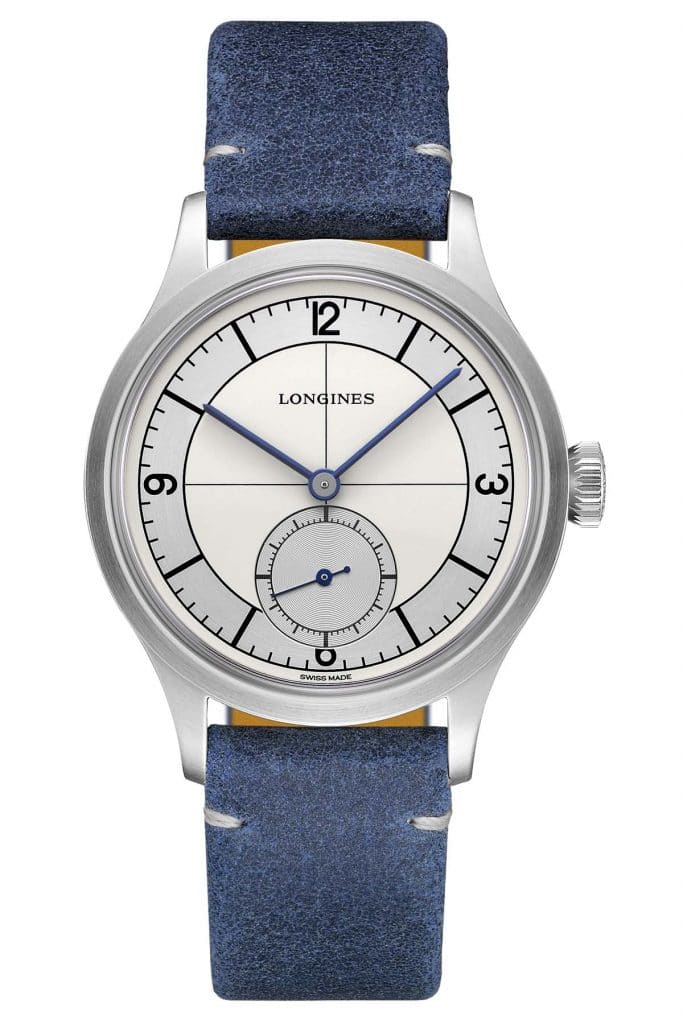 The watch is classy and sophisticated, you could easily add it to your collection, and it would be the no-fuss dressy daily watch. Or, it could be someone’s first foray into the world of mechanical watchmaking, and it would be a respectable choice, too. Though it doesn’t have a date or an in-house calibre as the norm would demand, it does offer attractive and balanced looks. Plus, the movement may not be made in-house by Longines, but it has been modified by them. You can get this watch in two variations that differ very slightly, one has a black leather strap, and blue NATO added in, while the other has a blue NATO strap with an extra black NATO too, both watches will cost €2020.