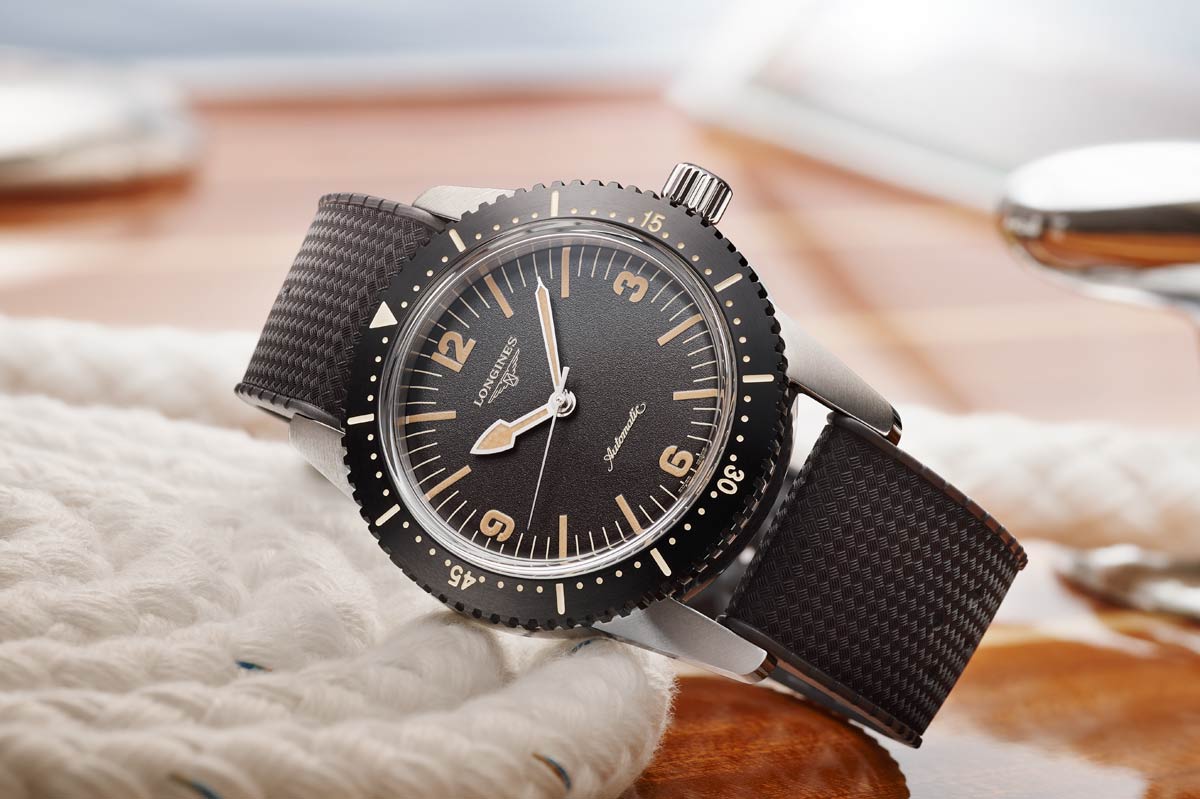 Travelling back in time to live our past again, might be a futuristic concept, but the watch industry definitely seems to be cashing in on this idea right now by reviving yesteryear’s watch designs in the form of modern reinterpretations/reissues. However, as easy and fruitful as this may sound, in reality, there are far fewer success stories in this space of watchmaking as one would imagine. Longines has been one of the front-runners in the Vintage reissue game and has come up with amazing new versions of their historical references in the recent past which includes watches such as the Longines Avigation Big Eye which was declared the winner under the Revival category at GPHG2017. And now the winged hourglass brand is introducing the modern reincarnation of its first dive watch ever, the Longines Skin Diver. Featuring a slightly larger case, a nice modern movement, but the same aesthetics as its 1959 predecessor, it looks like Longines has another winner at its hands. So, let’s have a closer look at what this watch has to offer. 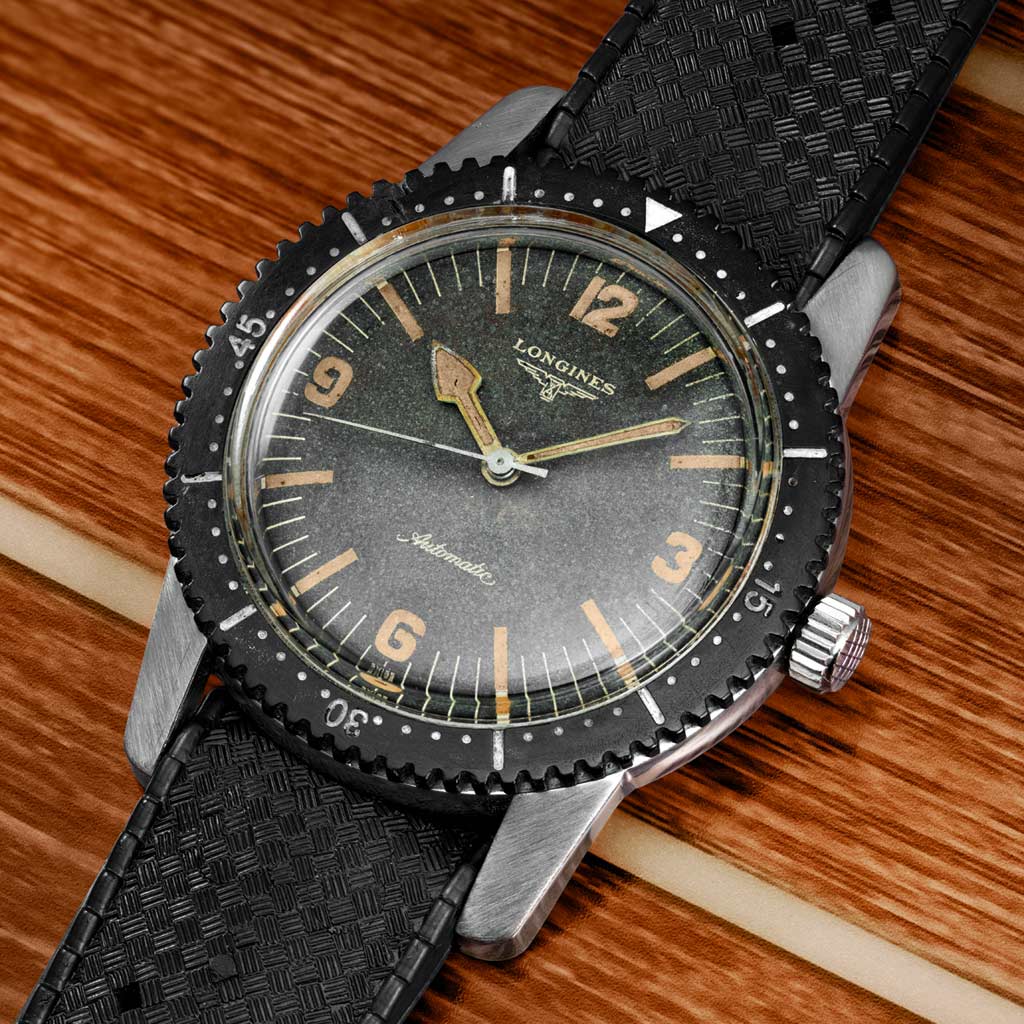 The original model from 1959 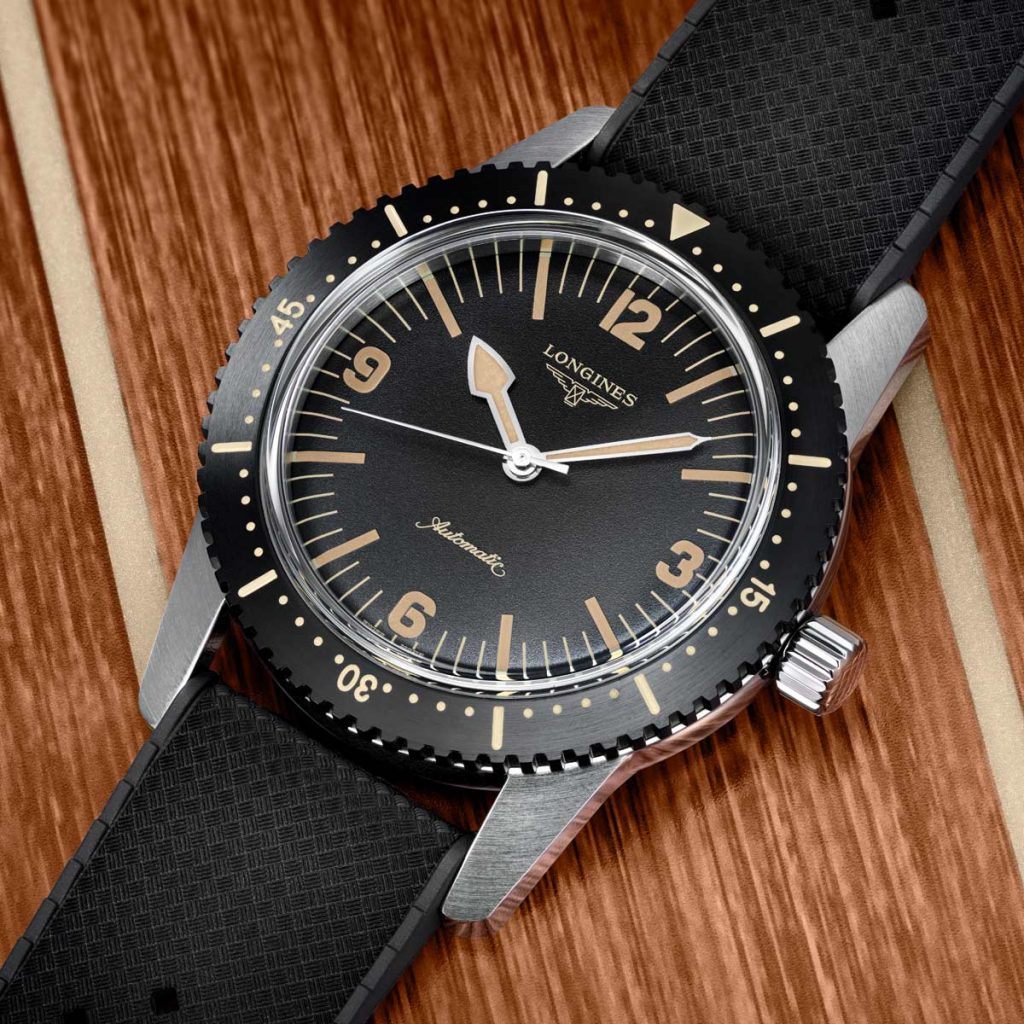 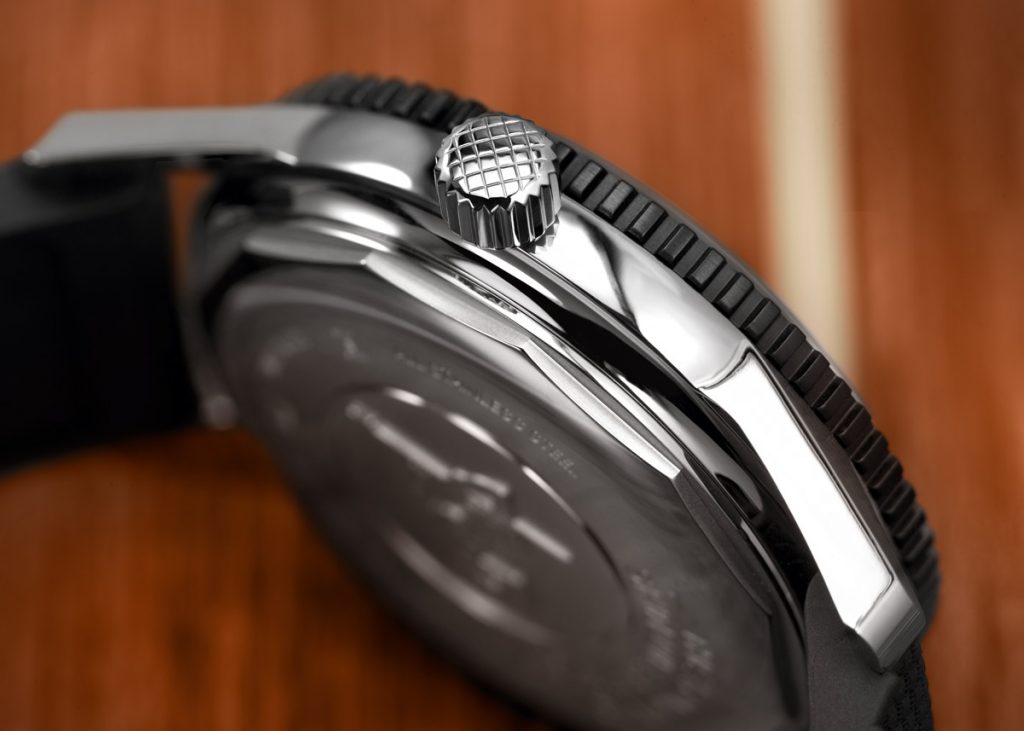 The original Skin diver from Longines was released back in the year 1959 and had a rather large 40mm case for its time and age. And while we would have loved to see the same case dimensions on this reissue, the 42mm stainless steel does sound modest and fitting for a modern dive watch. Water resistance is a key characteristic of any dive watch and the Longines Skin diver case is water resistant to a healthy 300 meters with the help of a screw-in crown and a screw down case-back. Present on top of the case is a unidirectional dive time bezel which holds the domed sapphire crystal in place and has been PVD coated to mimic the looks of the plastic version found on the 50’s original. 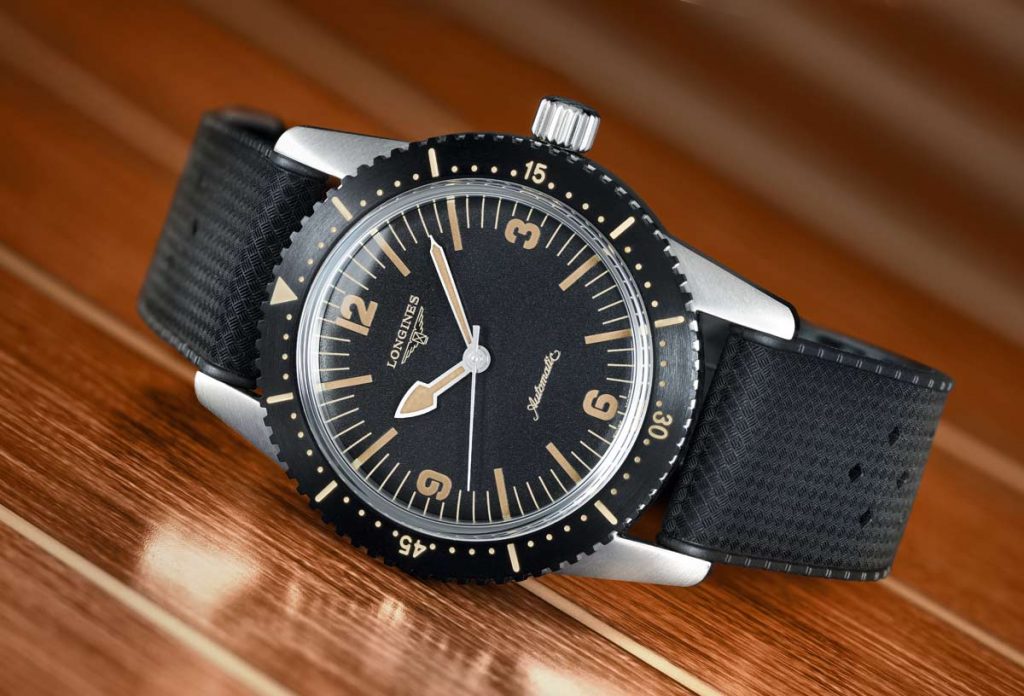 The dial on the new Longines Skin diver is another aspect where this watch really shines. It is strikingly similar to 1959 original, has been nicely executed and offers some really nice details keeping the vintage nostalgia associated with this piece intact. The dial is black in color, but is not plain Jane and has a rather attractive texture giving it a sense of dynamism. The hour markings are a mix of fat/long rectangular indices and bold Arabic numerals at 12, 3, 6 and 9, whereas the minute track comprises of slender/short printed batons. Interestingly all the hour plots have been applied with a thick coating of faux-aged Super Luminova to give the watch a nice vintage charm and to ensure good low light visibility. The handset keeps maintains the silhouette of the original watch and has been well proportioned making it easy to read the time. 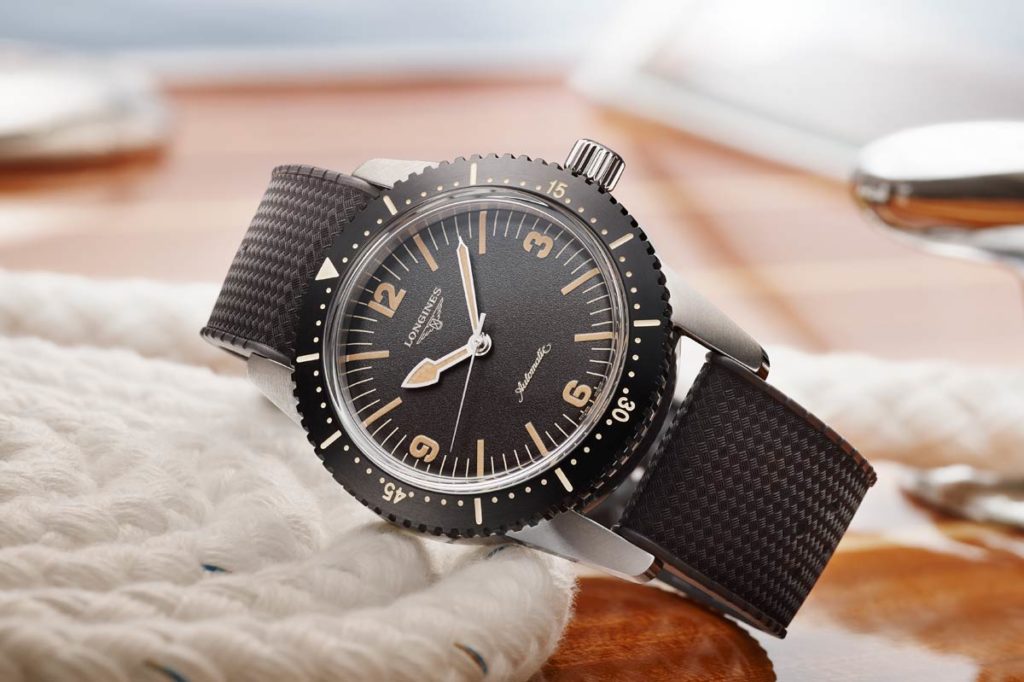 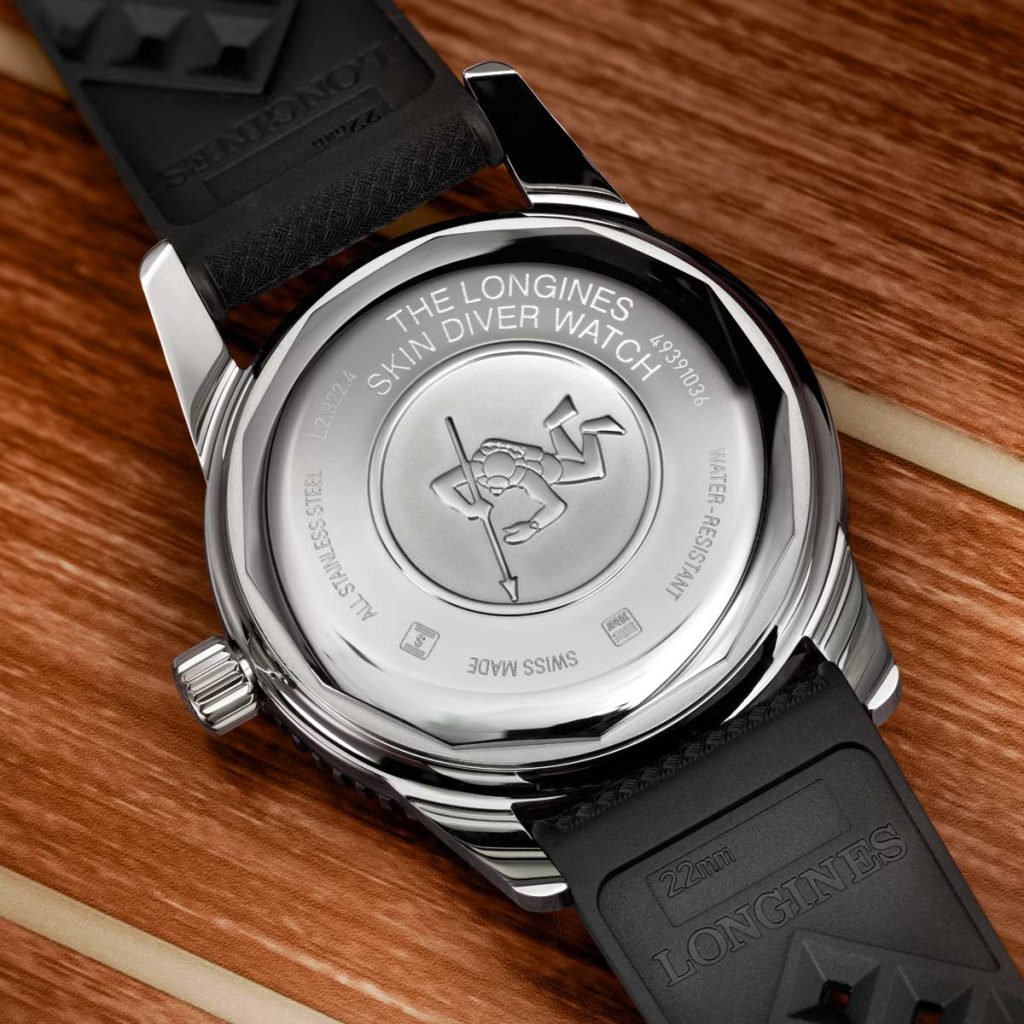 While everything we looked at till now has some sort of vintage inspiration, the powerhouse behind this watch is a rather modern and technical movement. The calibre L888.2 is an automatic 21 jewel movement manufactured by ETA, but exclusively for Longines. It beats at a rather unusual rate of 25,200 bph and offers a healthy power reserve of around 64 hours. While we are certain that the movement would be decently decorated, Longines has deliberately chosen to keep things hidden under a closed case- back with deeply embossed motif illustrating a diver. 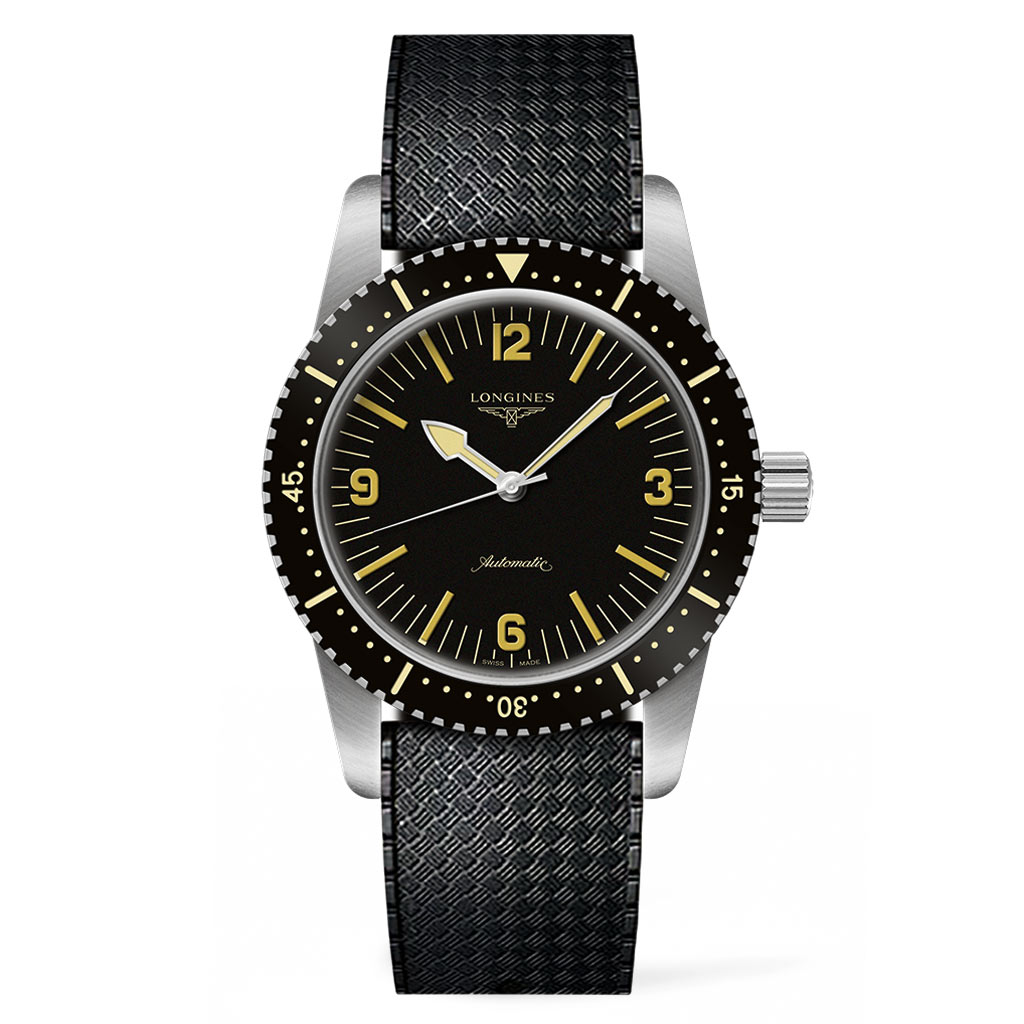 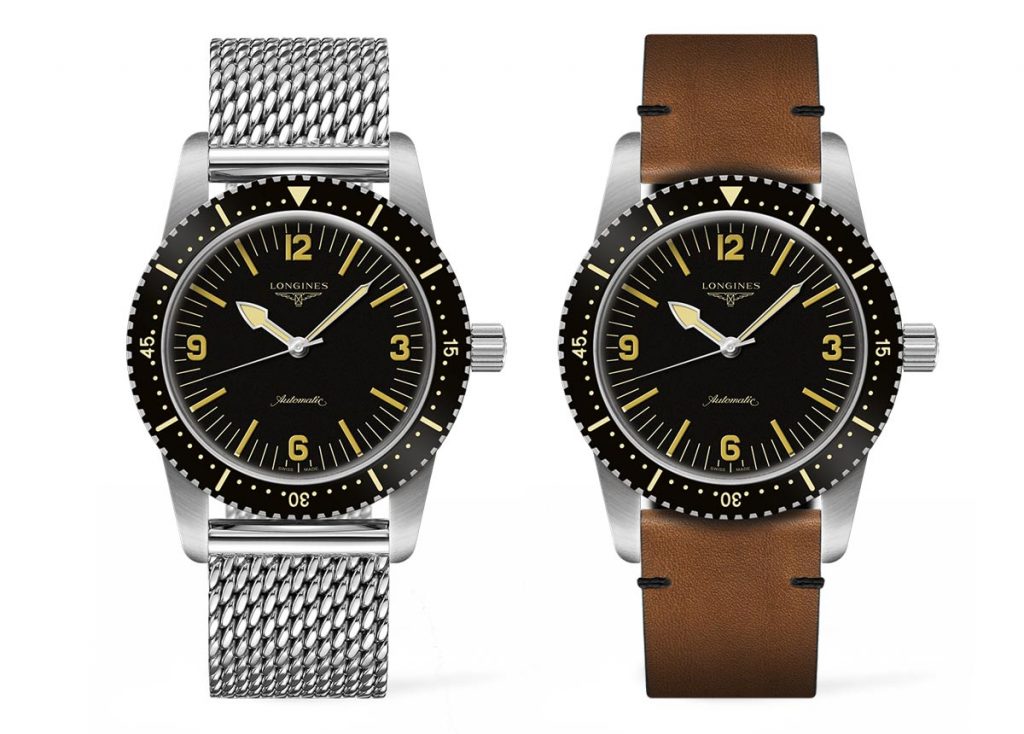 In all, the 2018 Longines Skin diver is a handsome looking dive watch that manages to keep the spirit of the original in place, but in a thoroughly modern package. It also looks like a versatile piece which can feel at home with both casual as well as formal attire. There are three strap options to choose from: a brown leather strap, a black tropic rubber strap and a mesh steel bracelet, and the watch would retail at a price of $2600. Visit Longines here.