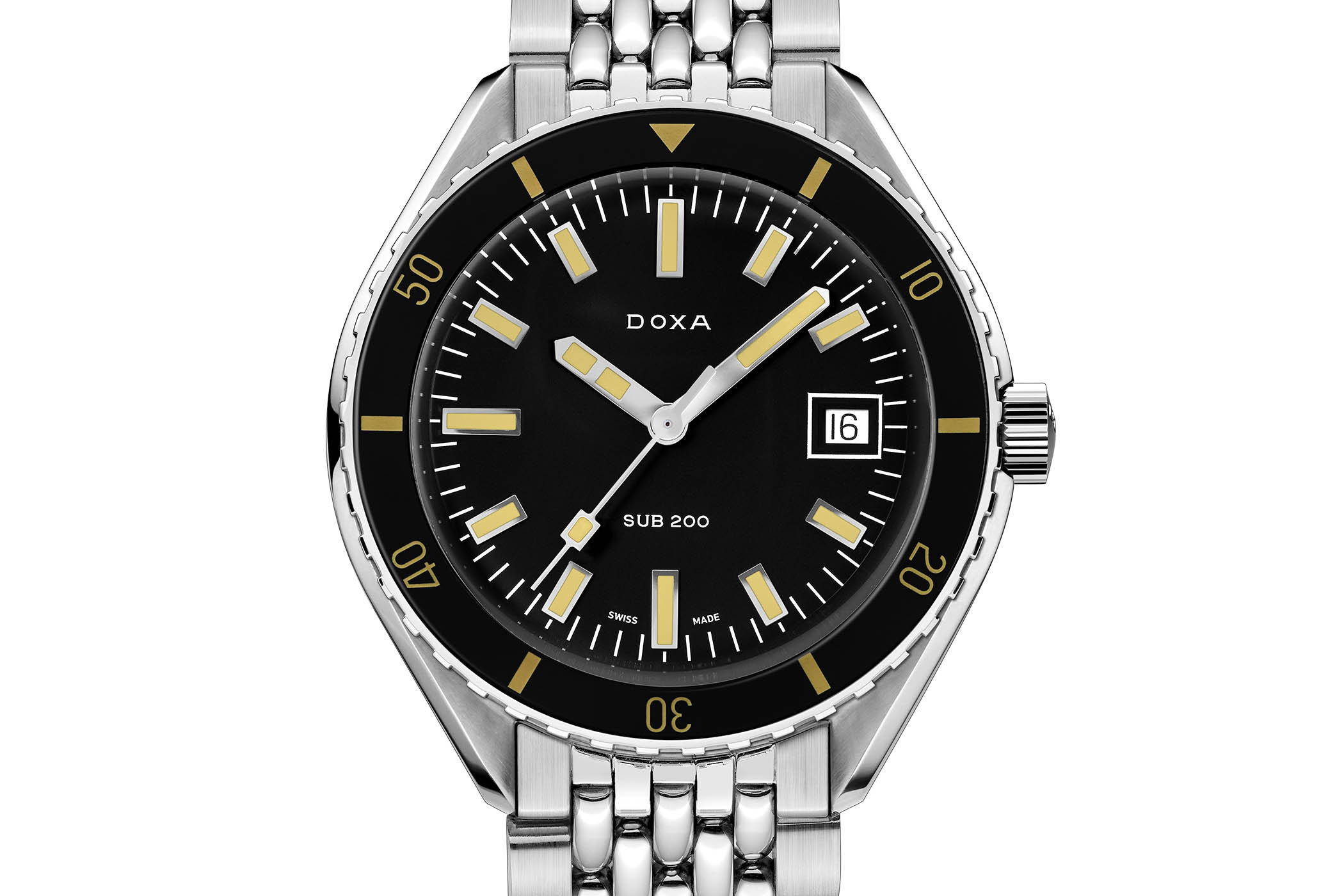 Anyone else remember the crazy solid gold Doxa Sub anniversary watch we saw at Baselworld? That thing had lots going for it and was a fun way of marking a significant point in the Doxa timeline. Well, the fun hasn’t stopped at Doxa, and although these watches aren’t specifically anniversary models, they are still colourful and eye-catching in the same way the solid gold watch was back at Baselworld. 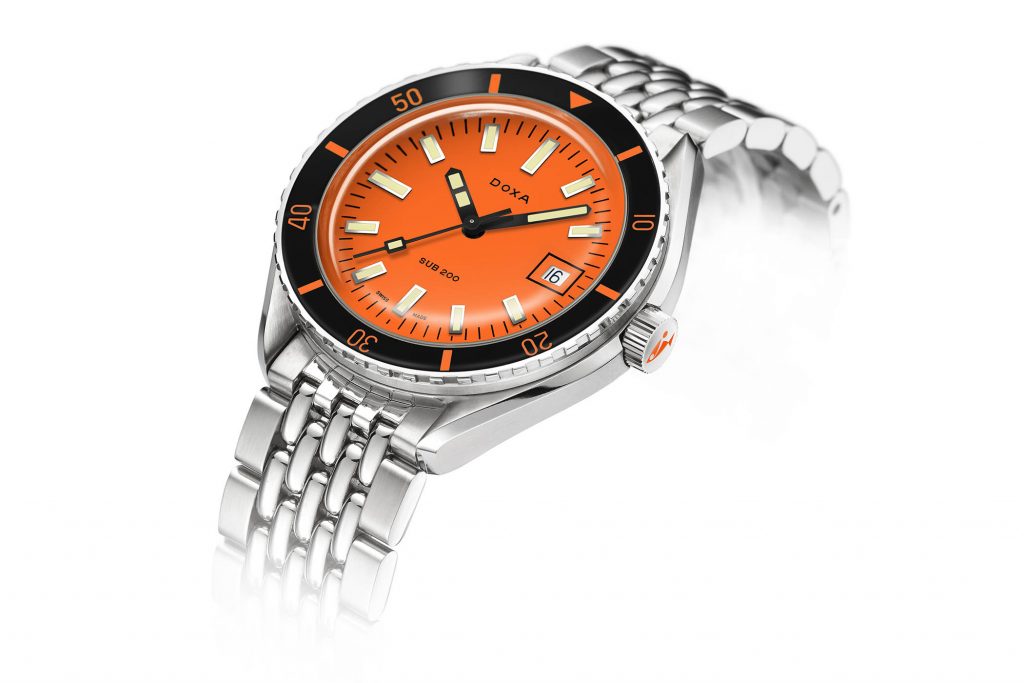 The Sub 200 model is Doxa’s vintage-inspired sports watch. It has a sensibly proportioned case of 42mm x 14mm. Being a diving watch, all models of the Sub 200 feature a 200m depth rating and a unidirectional rotating bezel. Vintage designs clearly inspire the dial, the squared markers and broad hands make reading the time at depth a doddle, and there is a generous amount of SuperLumiNova on the dial for nighttime reading. 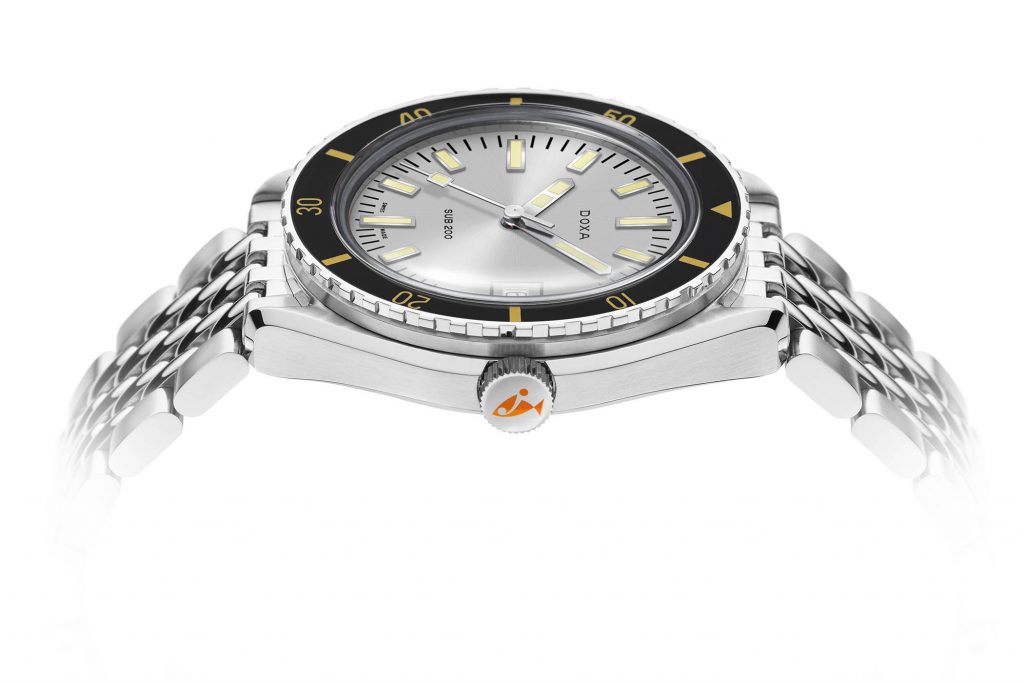 There are six different versions of the Sub 200 in total, each of which has a different name and a matching coloured rubber strap with a beads of rice type appearance. The black on black version is called the Sharkjunter, while the silver dial with a black strap is called the Searambler. For those more adventurous with colours, the yellow on yellow version is called the Divingstar, and the orange on orange watch is known as the Professional (we think this is because Doxa is known for making its professional diving watches with orange dials). Finally, there are two blue-style variants, with the light turquoise colour being named Aquamarine and the dark navy being called the Caribbean. If you’re not sure about the rubber straps, you can get every version of the watch on a beads of rice bracelet which seems to have time travelled straight from the 20th century. 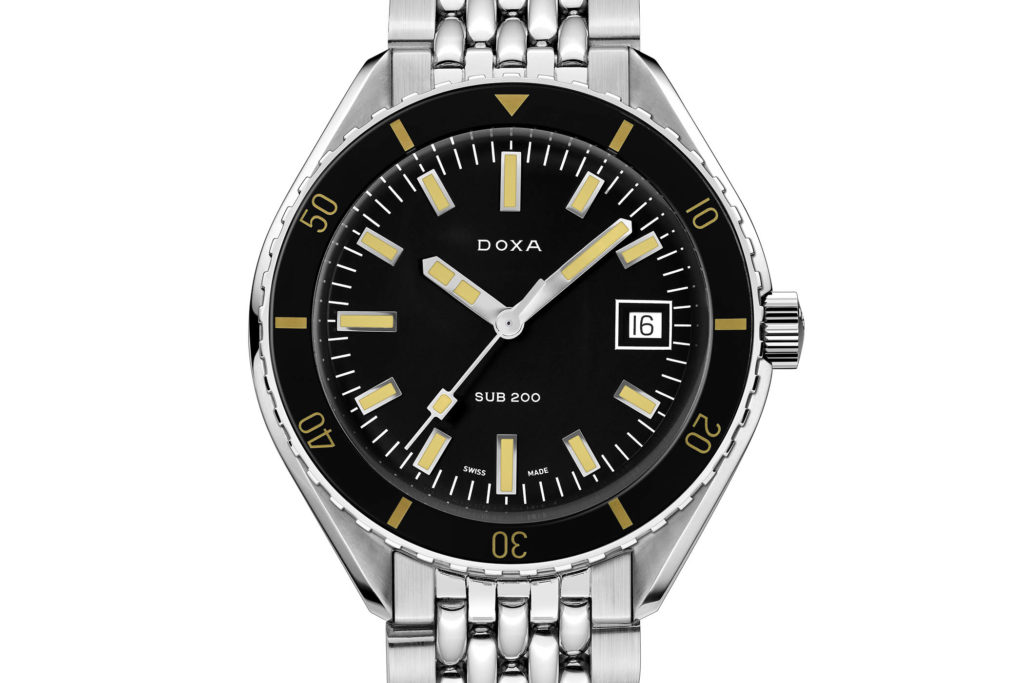 Inside each watch is a 2824-2 ETA movement which is automatically wound, features a date window and a 38-hour power reserve. It also runs at 4Hz, has 25 jewels and has been decorated by Doxa, though you can’t see it through the closed caseback.

The price for one of these watches is €950 on the rubber strap and €990 on the bracelet.