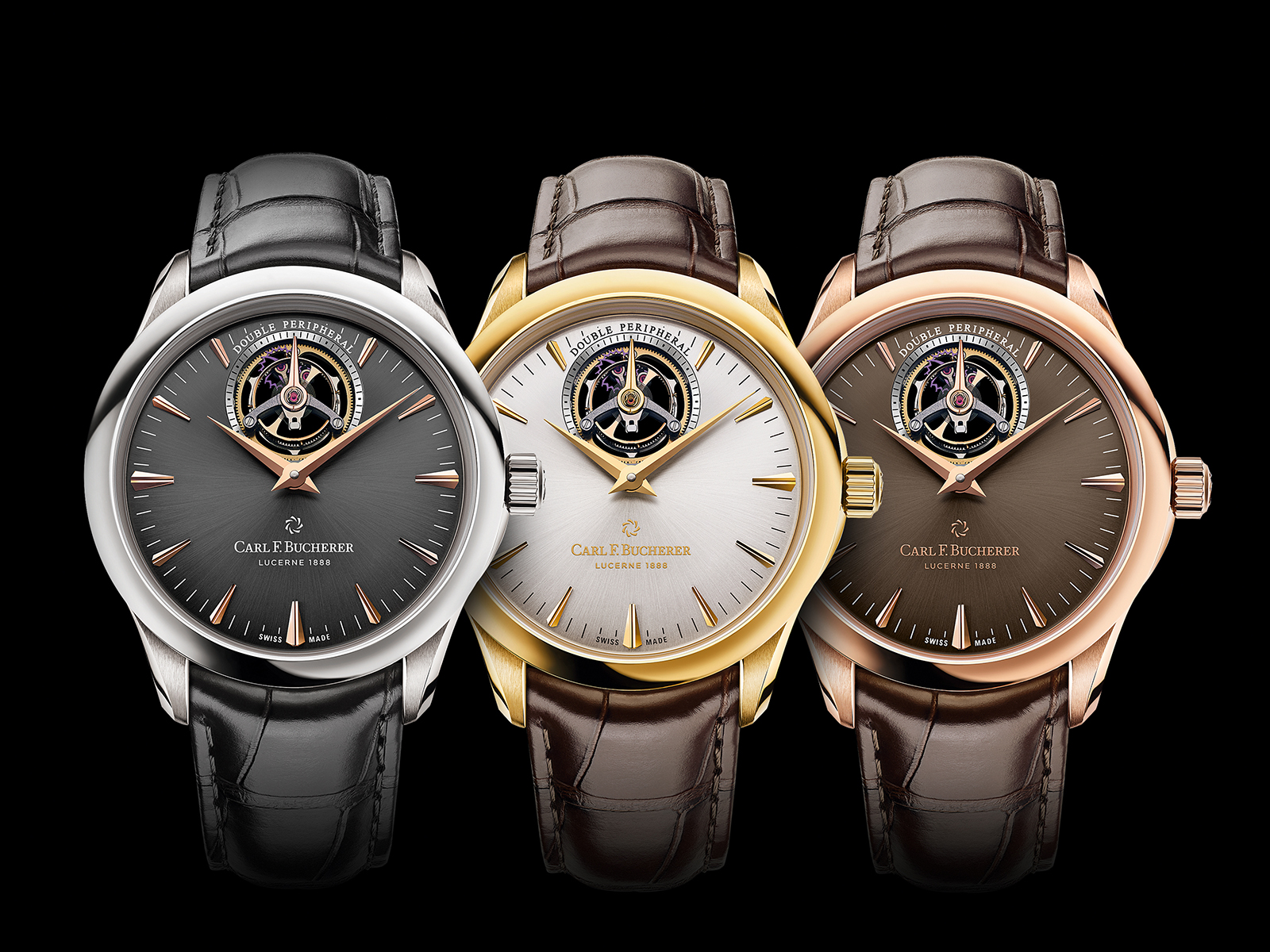 Carl F. Bucherer makes some fascinating watches which, for reasons unknown, never seem to hit the mark in a big way with collectors. We’ve seen this model before on WristReview, with the Manero Tourbillon Double Peripheral Limited Edition watch which came out roughly this time last year. It sported a very detailed engraving of a scene from Lucerne and their new CFB T3000 calibre. It was also the debut of the Manero Tourbillon Double Peripheral range, which was unusual. 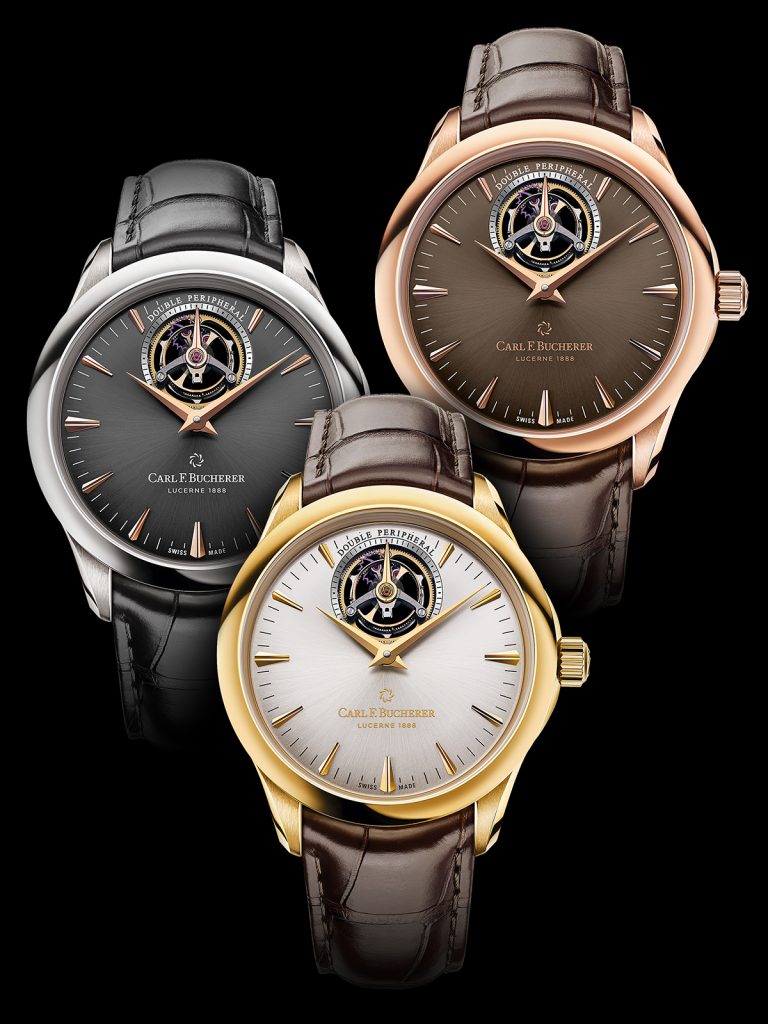 The Manero Tourbillon Double Peripheral is named such due to the CFB T3000 calibre inside it. It’s an automatically wound movement that meets the requirements for COSC chronometer status and also features a 65-hour power reserve. The watch features a new combination of both a peripheral winding rotor and a peripheral tourbillon. On the back, the winding rotor moves around the edge of the movement to keep the watch thin and offer an unobstructed view of the finishing on the caseback. The floating tourbillon has no bridges or any other obvious signs of connecting to the movement, and yet it still operates. It’s not quite on the same level as Cartier’s Mystery watches, of course, but I believe in giving credit where credit is due, and Carl F.Bucherer deserves it.

The CFB T3000 calibre hasn’t changed since its introduction, but the case it comes in has. Carl F. Bucherer is now offering three different variants of this watch. All options feature a diameter of 43.1mm x 11.57mm, a polished bezel and brushed lugs for a unique appearance. The watch is offered in both white, yellow and rose gold, each with a different coloured dial that matches the case metal. The only noticeable difference is the white gold watch, which has rose gold dauphine style hands and markers. All watches also come on Louisiana alligator leather straps. 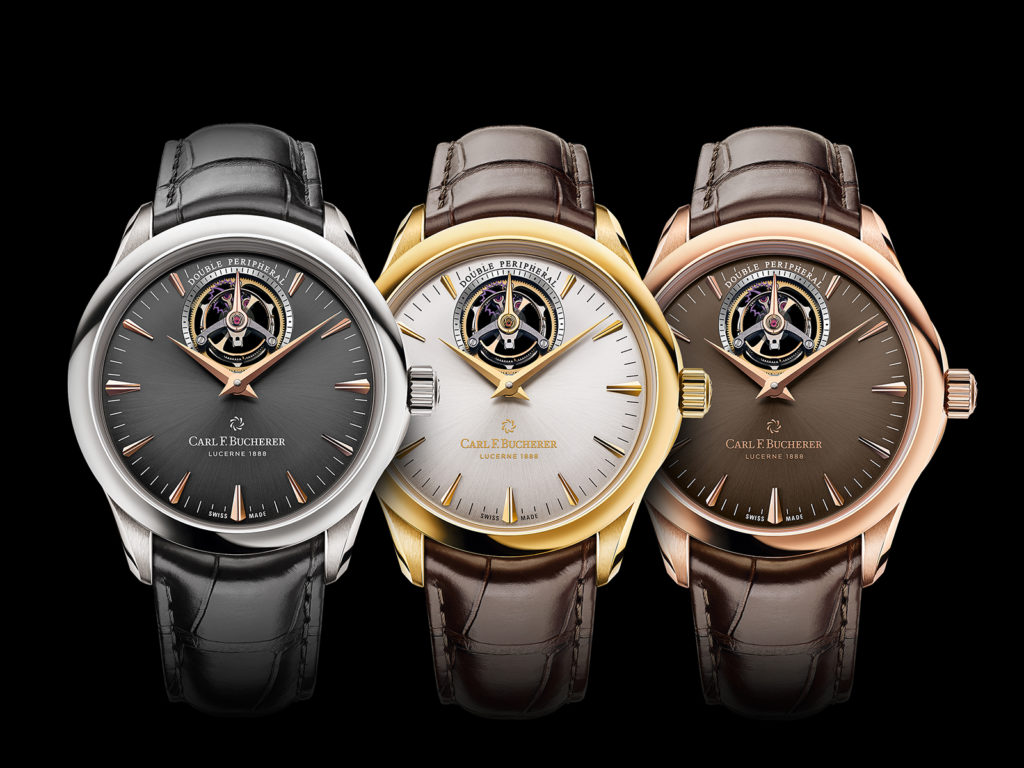 Unlike the first Manero Tourbillon Double Peripheral from last year, the new ones aren’t limited production watches. If you’re into the rose or yellow gold colours, then the asking price is $68,000. If, however, white gold is more your thing (as it is mine), then you pay a higher price of $73,000 for the privilege of wearing one of these exotic watches.

Team WristReview wishes everyone an amazing holiday season, filled with happiness and joy. May your bellies be filled with food, your hearts with love, and your wrists with watches!