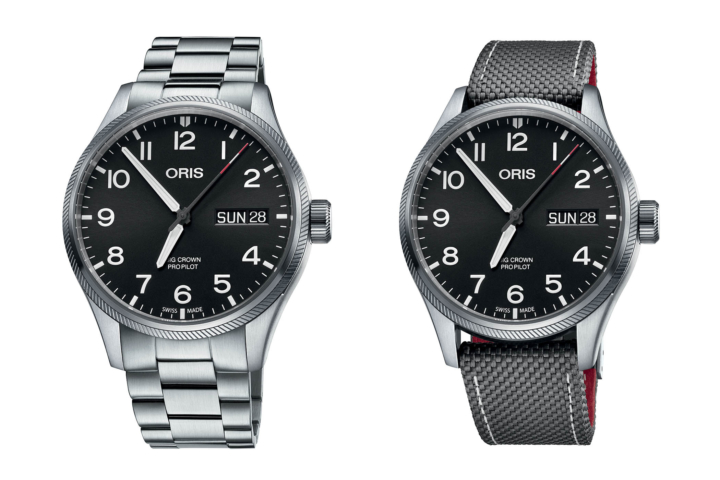 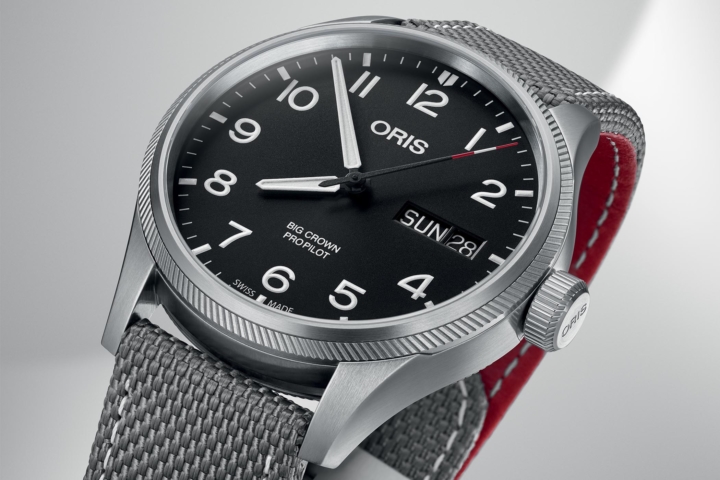 The Air Race at Reno has been billed as one of the world’s fastest motorsports and include two days of qualifying rounds and 4 days of actual racing. This year’s event runs from the 12th of September to the 16th. I quite like the edition Oris made for them, it’s restrained and interesting to look at. The watch has a clean black dial with white markers and small lumed hands. The day-date function is a great addition to the watch, and thankfully isn’t overly ornate or given some magnification. There are no frills with it, which is perfect for easy readability when flying a racing plane at hundreds of miles an hour. Instead, there’s a cool turbine effect engraved on the bezel and thin turbine engravings on the crown. 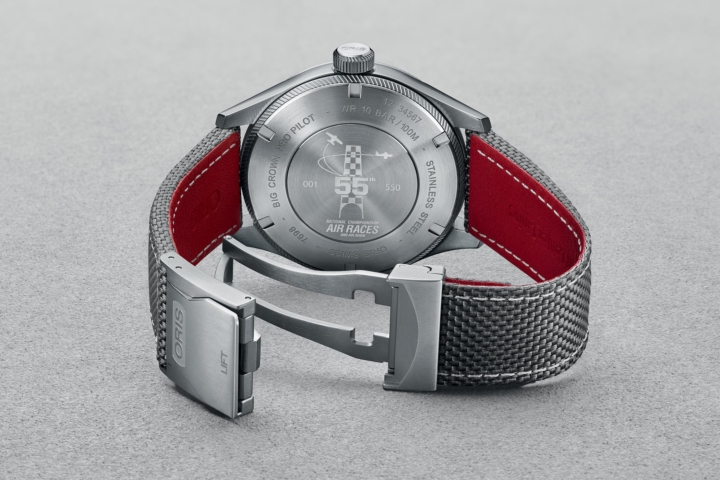 Inside the watch is the Sellita SW 220-1 based Oris Cal. 752, which is automatic winding with 26 jewels. It’s 14.25 lignes in diameter, which translates to 32.2mm, actually quite large for most watch movements. It operates at a 4Hz frequency and is loaded with practical features like instantaneous jump day/date adjustments for easy setting. What’s not so useful is the power reserve, which is 38 hours. It’s not too bad but considering modern day movements can manage to get over 50 hours, maybe even 60, of autonomy. It’s okay but could be improved.
Oris’ trademark red painted oscillating mass is hidden behind a solid caseback with the Reno Air Race logo engraved onto it. The watch comes with either a solid steel bracelet or a grey textile strap. Connected to that is their patented folding clasp with stageless length adjustment. I feel that it fits in really well with its safety buckle style engravings.

The 45mm stainless steel cases of the watch protect the movement to 100m deep, though it is a pilot’s watch, so air travel is more on the agenda. The watch comes in a limited edition run of 550 examples, depending on your choice of strap or bracelet. If you want the former, it’ll set you back 1850 CHF, or if it’s the latter on the bracelet that you’re after it’ll cost 2050 CHF.
I like this piece, it’s a nice restrained edition of a classically styled sports watch. It’s not so overboard on a purposeful design that it becomes lost in itself and awkward to wear in any situation other than piloting aircraft, but it’s also good that it isn’t too laid back either to make it impractical. Visit Oris here.