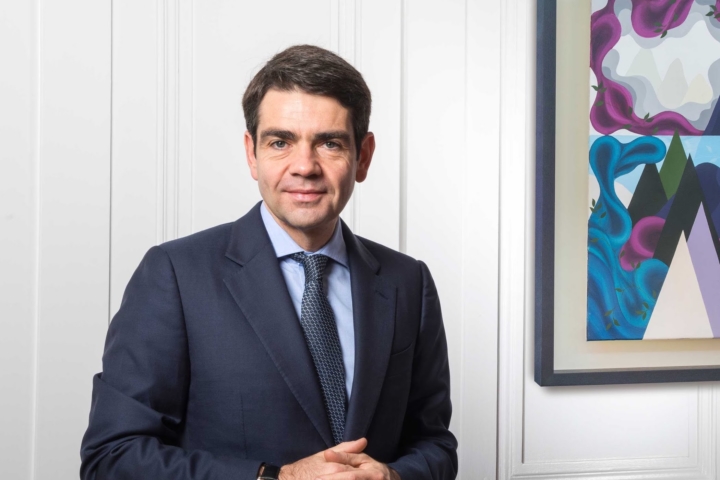 Comprising of brands such as IWC, Jaeger-LeCoultre and Paneria to name a few, the Richemont group is one of the largest watch conglomerates existing out there. With the entire watch industry going through a tough time in the recent past, the effect has certainly been evident in form of massive management changes within the Richemont group as well. And with things now starting to move in the right direction, the Richemont group has once again made it to the headlines by announcing Mr. Jerome Lambert as the new Group CEO.

Having spearheaded Jaeger-LeCoultre and Montblanc, Jerome Lambert is not a new name to be associated with Richemont. More recently, when Mr. Geroge Kerns announced his departure from the group in 2017, Lambert was named the COO of the Richemont Group. So, the announcement of Mr. Lambert taking over as the new CEO of the group isn’t exactly a surprise, especially when the group is on the path to recovery. Under his new role, Lambert will lead all the brands under the Richemont umbrella including jewellery brands and new businesses such as Yoox-Net-a-Porter and Watchfinder.co.uk. Lambert will report directly to Johann Rupert, Chairman of the Richemont group.

In another interesting and rather good news, the cash registers seem to be ringing back again for the Richemont Group as they have announced a significant increase in sales during the Anuual General Meeting of the group. To put things into perspective, Richemont has shown a 25% increase in sales at constant exchanges rates and a 22% increase at actual rates. These are quite attractive and significant results especially when compared to the dry spell the group went through between 2015 and 2017. Also, worth noting is that the aforementioned increase in sales has been reported for a period of 5 months starting 1st April (beginning of the groups fiscal year) and ending 31 August 2018. The increase can be partially attributed to the groups of acquisition of new online businesses which have become a part of the group between 1 May and 1 June 2018.

Delving into the details of the sales also showcases that the growth trend is also region dependent. Europe has recorded a 28% growth, whereas the Americas regions has shown a tremendous 42% increase. Asia Pacific is a little behind at 23% whilst Japan and Middle East are the slowest regions with a growth rate of 13% and 4% respectively. All in all with double digit sales growth at hand, these are certainly happier times for the Richemont group and we wish them luck to grow at an even faster rate, as their growth would mean more new and interesting watches, and that is exactly what we as watch enthusiasts crave for. Visit Richemont Group here.