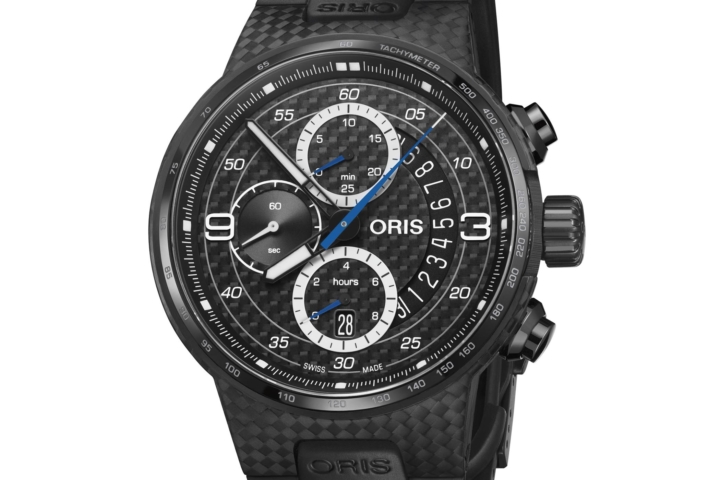 Swiss brand Oris is into mechanical watchmaking for more than 100 years now and their watch catalog comprises of watches based on several different themes including motor sports. The Oris motor sport collection saw a mid-refresh during Basel world with the introduction of a new color way of the Oris Chronoris and today we are happy to share the latest update to this collection in the form of the Oris Williams FW41 limited edition full carbon watch. Featuring a case and dial made out of carbon this sports chronograph is the newest outcome of the association between Oris and Formula 1 racing team Williams celebrating the launch of the new 2018 formula 1 car for team Williams, the FW41. So, let’s check it out. 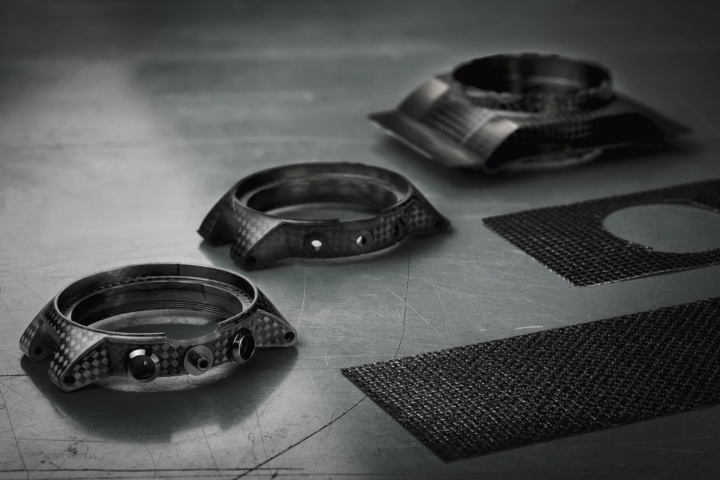 Oris has been associated with F1 team Williams since 2003 and starting 2015 the brand has released many sports watches influenced by the adrenaline pumping sporting event. As the name suggests the major highlight of the Oris Williams FW41 is its carbon fibre based construction. For those who are unaware, carbon fibre is used extensively in F1 cars for its rigidity and lightweight character, and that is something which is reflected in the construction of this timepiece. To put things into perspective, the 44 mm carbon fibre case and dial of the Oris Williams FW41 has been made using a technique borrowed from Williams leading to a mid-case that weighs at mere 7.2 grammes. Now that’s what you call light. 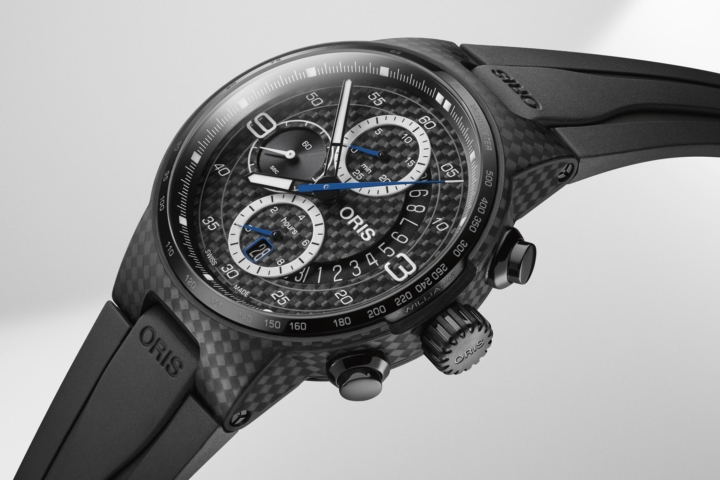 The dial on this watch as mentioned before is made out of carbon fibre and has an interesting layout. There are 3 sub-registers at 6, 9 and 12 representing the hours, running seconds and minutes respectively. The chronograph functions have been emphasized in blue, the official color of the Williams F1 team and the 30minute counter and 12 hour counter reset to an o point at 8’o clock as seen in the instrument cluster of historic Williams racing cars. The current date is displayed through a date window at 6 and there is also a semitransparent view of the date dial on the dial giving it a distinctive visual identity. 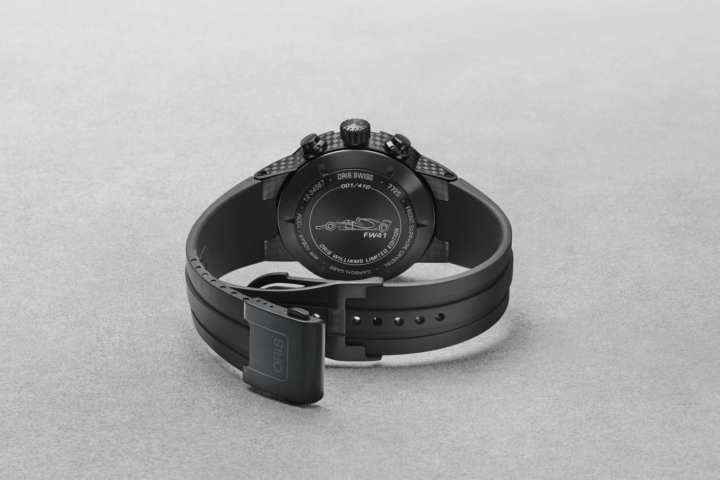 The watch is powered by the Oris caliber 774, which is basically a slight modified Sellita SW500 with the famous Oris custom red rotor. The movement operates at 28800 bph and offers a power reserve of around 48 hours. Unfortunately the movement cannot be seen as this watch has a solid screwed down case back which becomes a canvas for all the relevant limited edition engravings and also provides the watch a healthy water resistance of 100 meters.

So, in case you are an F1 fan and are on the lookout for an extremely lightweight sports chronograph the Oris Williams FW41 limited edition full carbon watch could be worth consideration. Every watch would come equipped with a black rubber strap and only 410 pieces of this configuration would ever be made. The watch would retail at a price of CHF 4350. Visit Oris here.