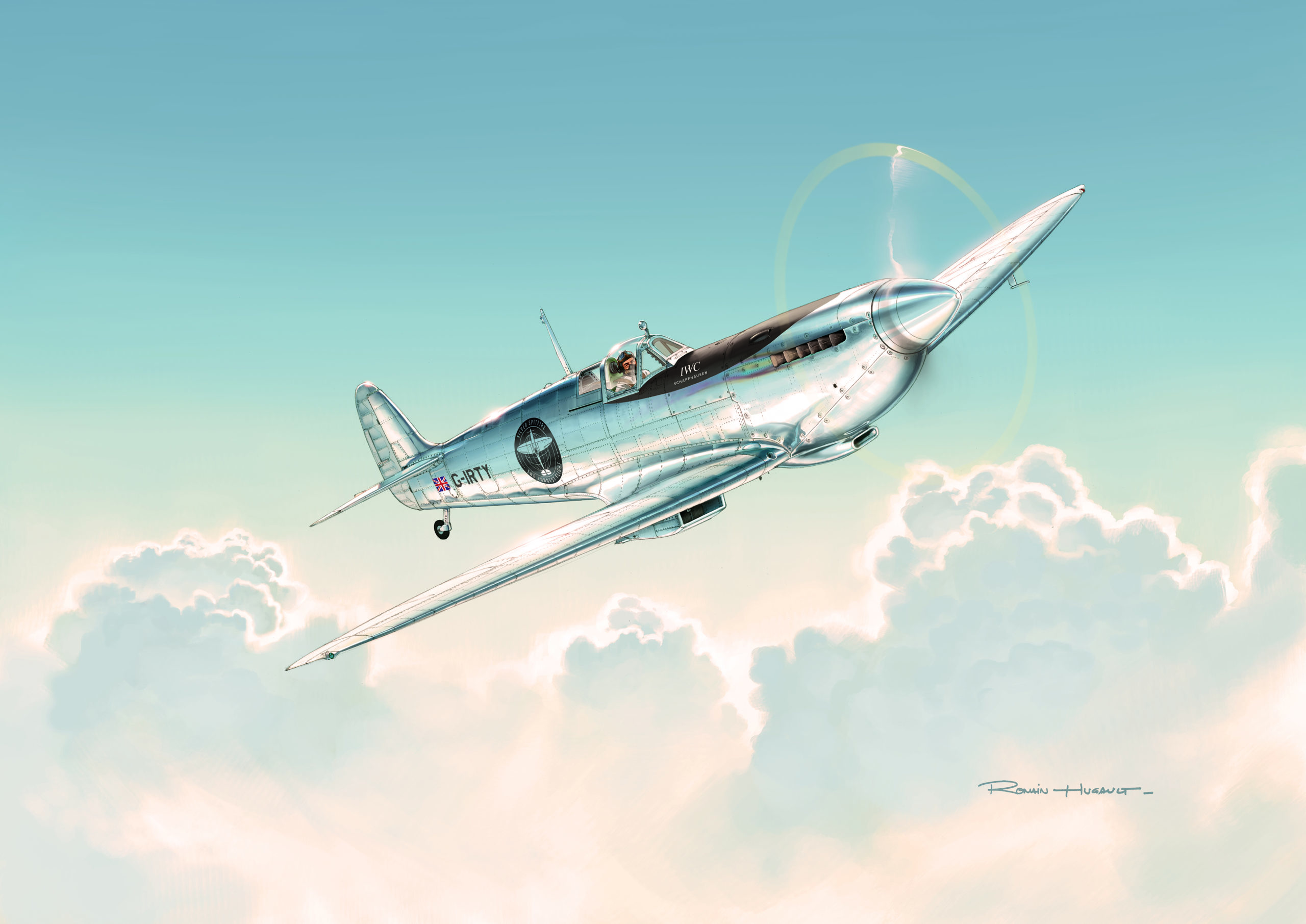 Next summer, we will see a restored Spitfire complete a round-the-world flight starting off London. This is made possible by IWC Schaffhausen lending its support to the “Silver Spitfire – The Longest Flight” expedition as its main sponsor.
Built in 1943, the aircraft is expected to cover more than 43,000 kilometers for many months visiting some 30 countries on its way. While the flight recognizes the unparalleled engineering of the iconic British plane, it is also a way for IWC to establish a long-term partnership with the first official Spitfire flying academy. 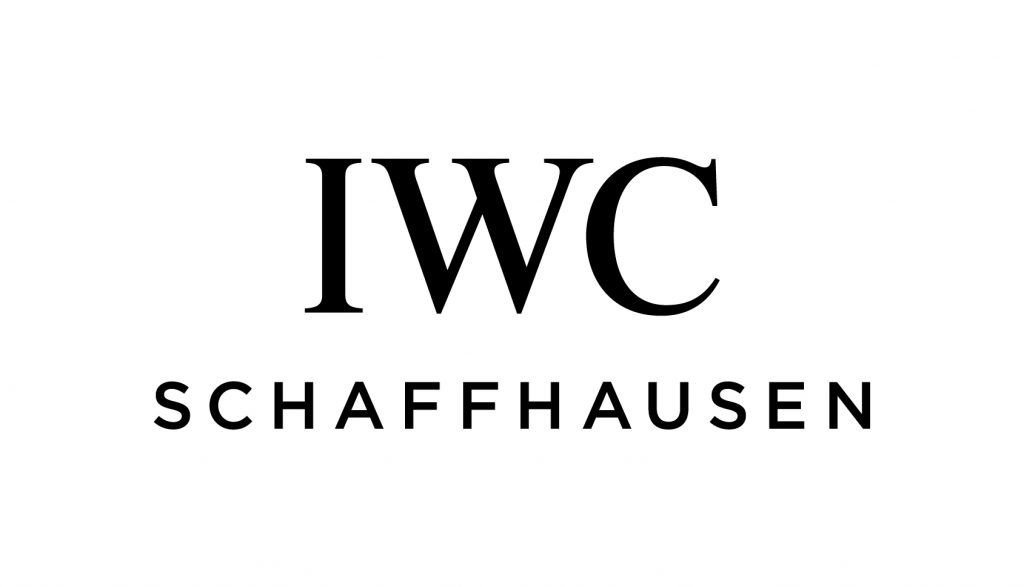 IWC has an impressive history, over 80 years of manufacturing pilot watches and previously commemorated the Spitfire plane with several special-edition watches. IWC’s support for this ambitious project solidifies the Swiss brand’s passion for aviation.
Also worth noting, are the visionary engineering and timeless design of the Spitfire that somehow reflect the character of the engineered watches from Schaffhausen. Spitfire is often viewed as a masterpiece of engineering, ahead of its time, and simply the best there is to an aircraft built to fly splendidly. Apply this to a watch brand, and you know where we’re getting at. 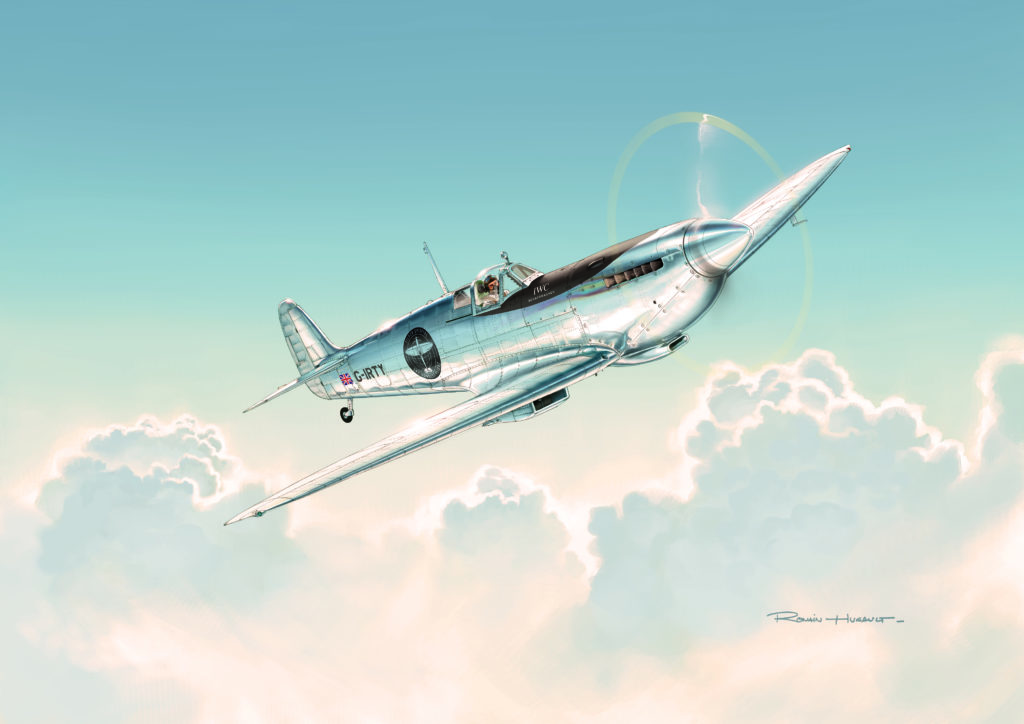 Furthermore, about the project, the Spitfire marked MJ271 was built in 1943 in Castle Bromwich. Right now, the aircraft has been painstakingly restored with every part polished by hand. It is rechristened as the “Silver Spitfire” dazzling with a brilliant sheen and certainly designed as a head turner, not that it needs more attractive details.
The first part of the tour will see it fly via Canada and into the USA. The flight path takes advantage of the mild weather conditions of the Arctic. One thing for sure, the “Silver Spitfire” will also touch down in several countries that have never before seen this aircraft in person particularly on their runways.
To create an artistic record of the journey, a French artist, Romain Hugault, famed for his aviation-themed illustrations will accompany the Spitfire. He holds a pilot’s license and is often seen behind the controls of his 1942 Piper L4. He is widely regarded as one of the pre-eminent illustrators of classic aviation. For the fans, the Spitfire is simply in good hands. 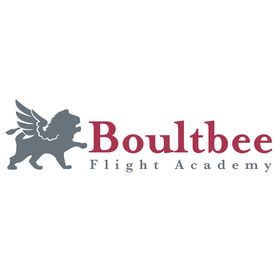 Moreover, the Boultbee Flight Academy is the world’s first Spitfire training school and approved Spitfire flight provider and is owned by British pilots Matt Jones and Steve Boultbee-Brooks. There are also flight simulator to non-pilots and Spitfire training to certified pilots. For interested fans, the Spitfire flying experience is conducted around one of the most iconic landscapes on the south coast of the United Kingdom, definitely an unforgettable way to experience the iconic aircraft.
I see why IWC sponsored this ambitious project, the love for everything aviation and of course there is that engineering masterpiece. I don’t doubt the capacity of the Spitfire to complete this journey. In case you will be thinking that this is a brand new aircraft, well my friend, it is an original Spitfire, a Silver Spitfire. Visit IWC here.