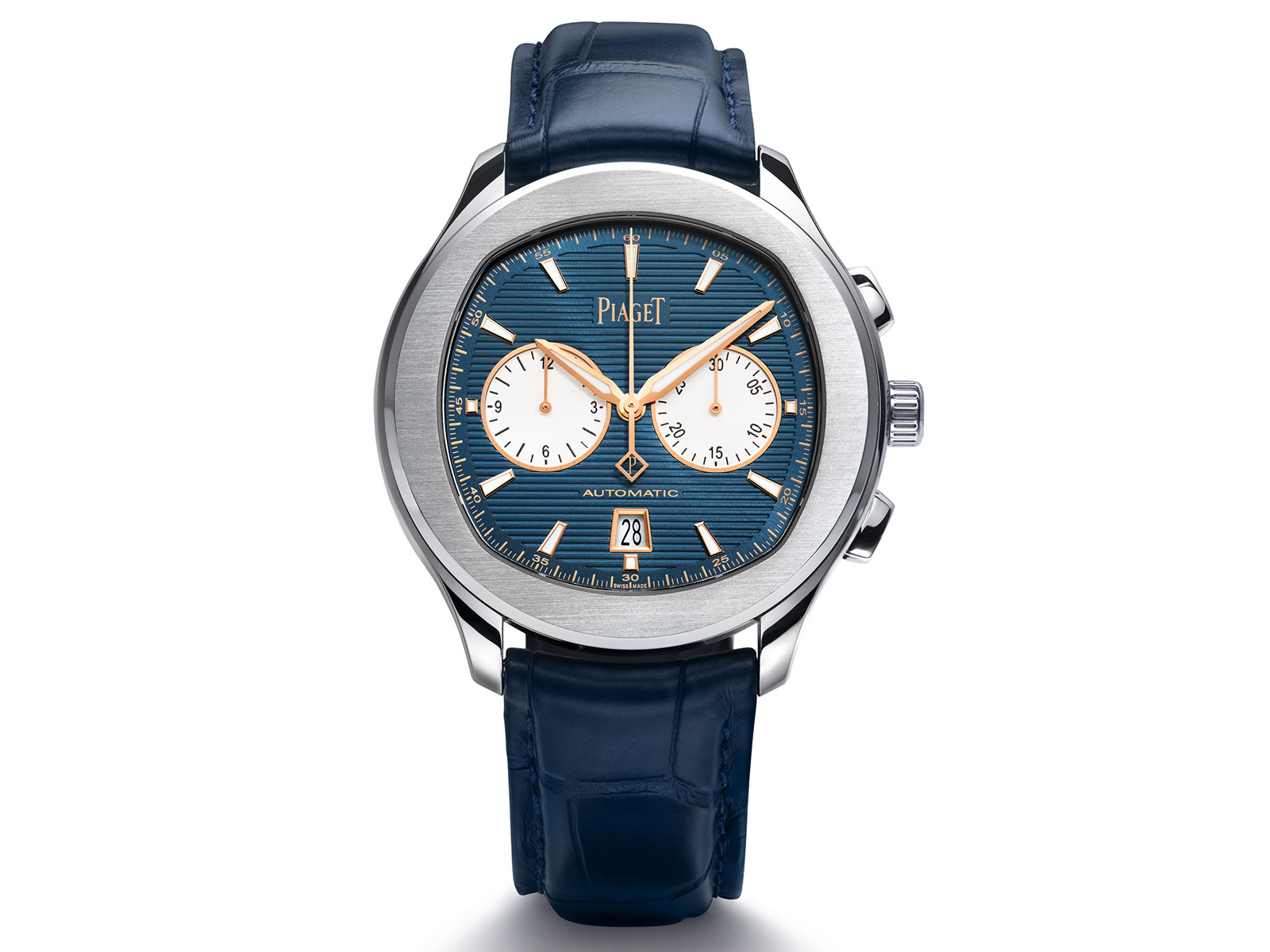 “Hey that looks like a Patek Philippe doesn’t it?” drones the watch fan. Sure, it looks similar, lots of watches often do. One of the most popular watches on the planet is Patek Philippe’s Nautilus, which is so in demand right now that production can’t keep up. So, if you can’t bear waiting for one of those and don’t want to risk buying off the pre-owned market, then why not take a look at the Polo S? With this new limited edition run, Piaget celebrates the high-end watch and jewellery retailer, Bucherer. 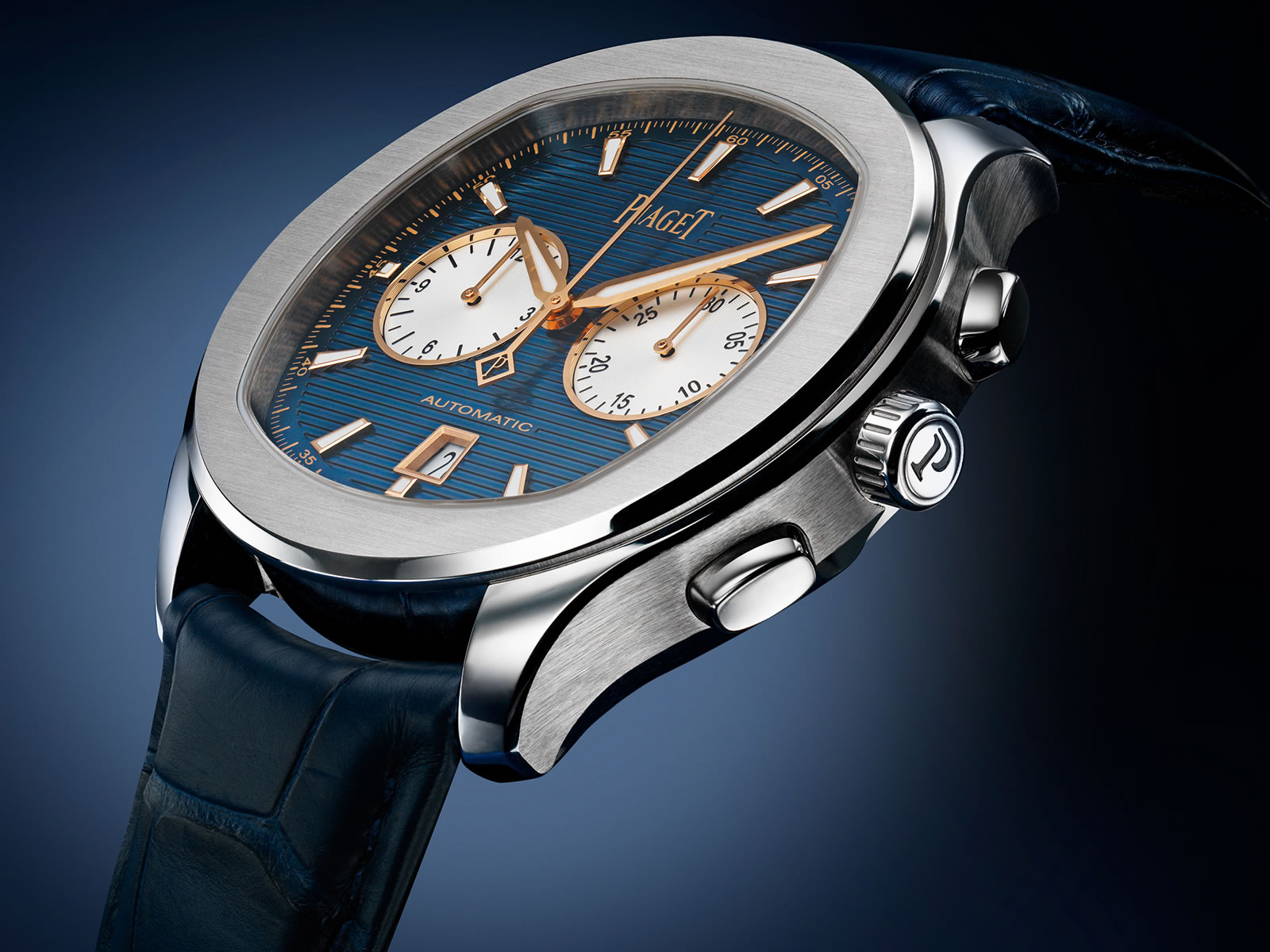 I’ll admit, I’m a big fan of the Nautilus, and yet, I still find the Polo S attractive. The subtle design, not meant to offend or step on anyone’s toes, is sleek and modern too. The square dial and square crystal that bulge outwards inside the round case remind me of the days of old CRT televisions, retro, but clever. I particularly like the two-tone colouring on this watch’s hands and markers. Though, I think they should’ve gone with two-tone chronograph pushers and crown as well, just to really complete the look. I know, this isn’t really a two-tone watch, but it’s like this watch is missing something without that gold on the side of the case. Still, the subdials are bright and crisp, and the date window at 6 o’clock makes sure this watch design is as balanced as can be. 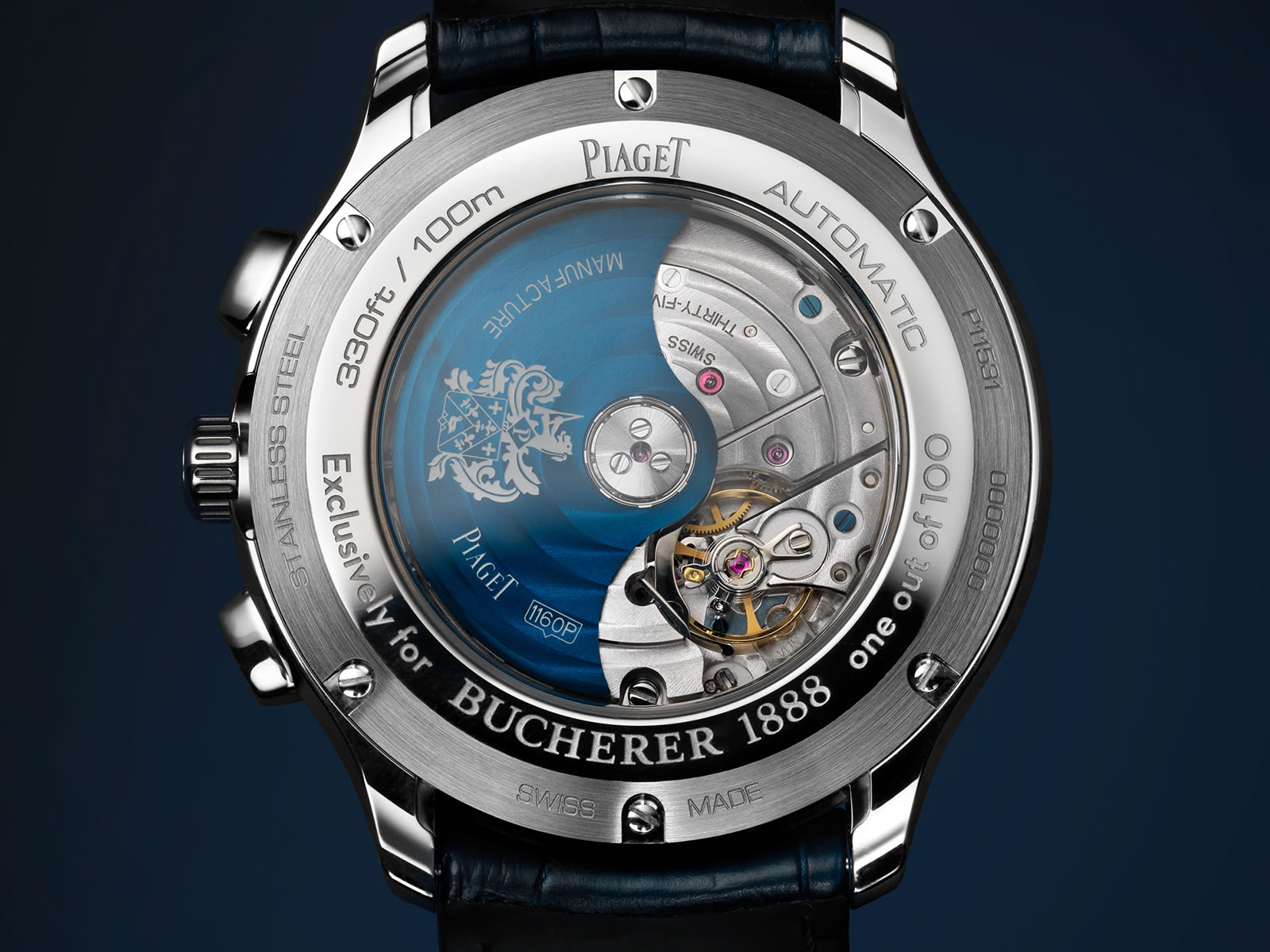 On the other side of the watch is, you guessed it, a blue rotor moving freely under the sapphire crystal. Coloured rotors aren’t something we usually see, so this is super cool. This is probably my favourite feature of the watch. The movement is a very well decorated Piaget calibre 1160P which runs at 4 Hz for a total of 50 hours without the chronograph running. Interestingly, this calibre is based on a movement made by the ‘watchmaker’s watchmaker’, Jaeger-LeCoultre. 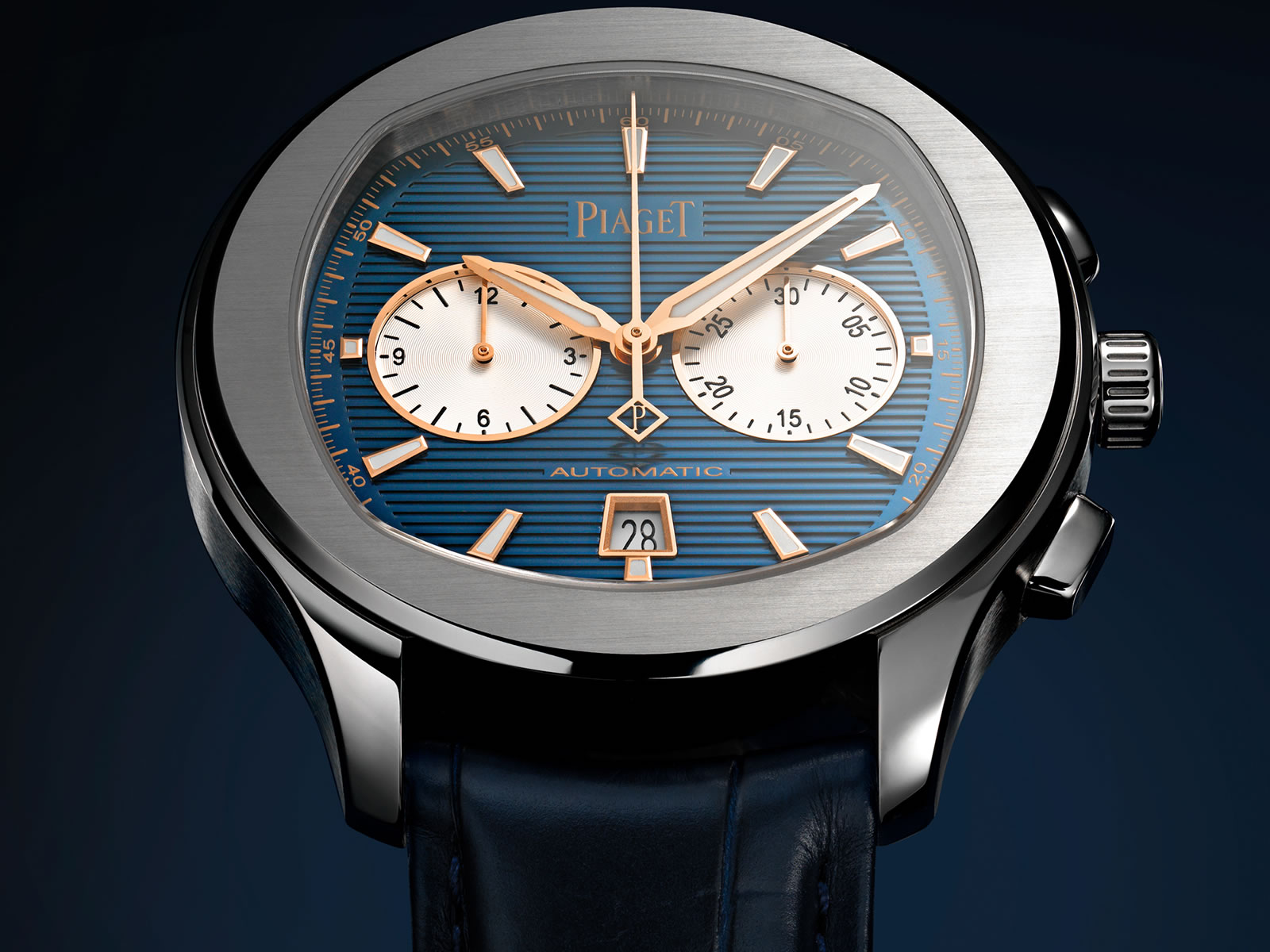 This blue Polo S, limited to just 100 examples, joins an elite group of Blue Editions made for Bucherer by all sorts of high-end watchmakers such as Longines, IWC, Panerai and Audemars Piguet. It comes in a 42mm stainless steel case which is 11.2mm thick. Attached to that is a thick blue leather strap with stainless steel folding clasp and will cost £11,400. For more info, visit Piaget online.