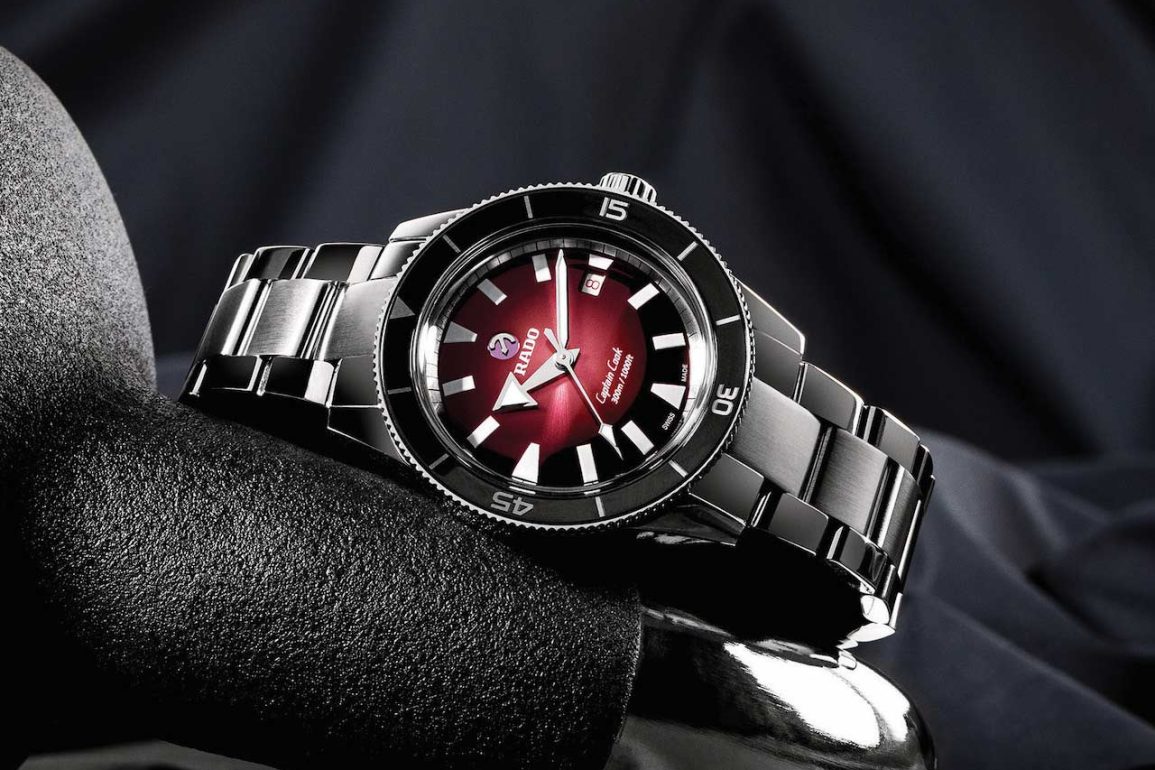 The big change is a red gradient dial, but it brings a clean, modern vibe to the retro design.

The 1960s were a golden age of sorts for dive watches as Rolex, Blancpain, Seiko, Omega and more were really pushing for new innovations, and they certainly didn’t disappoint. In 1962, Rado launched the Captain Cook diver, a 37mm piece named after the 18th century British explorer. It was a capable and stylish watch with a depth rating of 220 meters, but the bigger brands ultimately overshadowed it and original production ceased in 1968. In 2017, Rado released a modern Captain Cook line that was very close to the original’s aesthetic and this latest model sports a larger case and dark red gradient dial for the modern wrist. 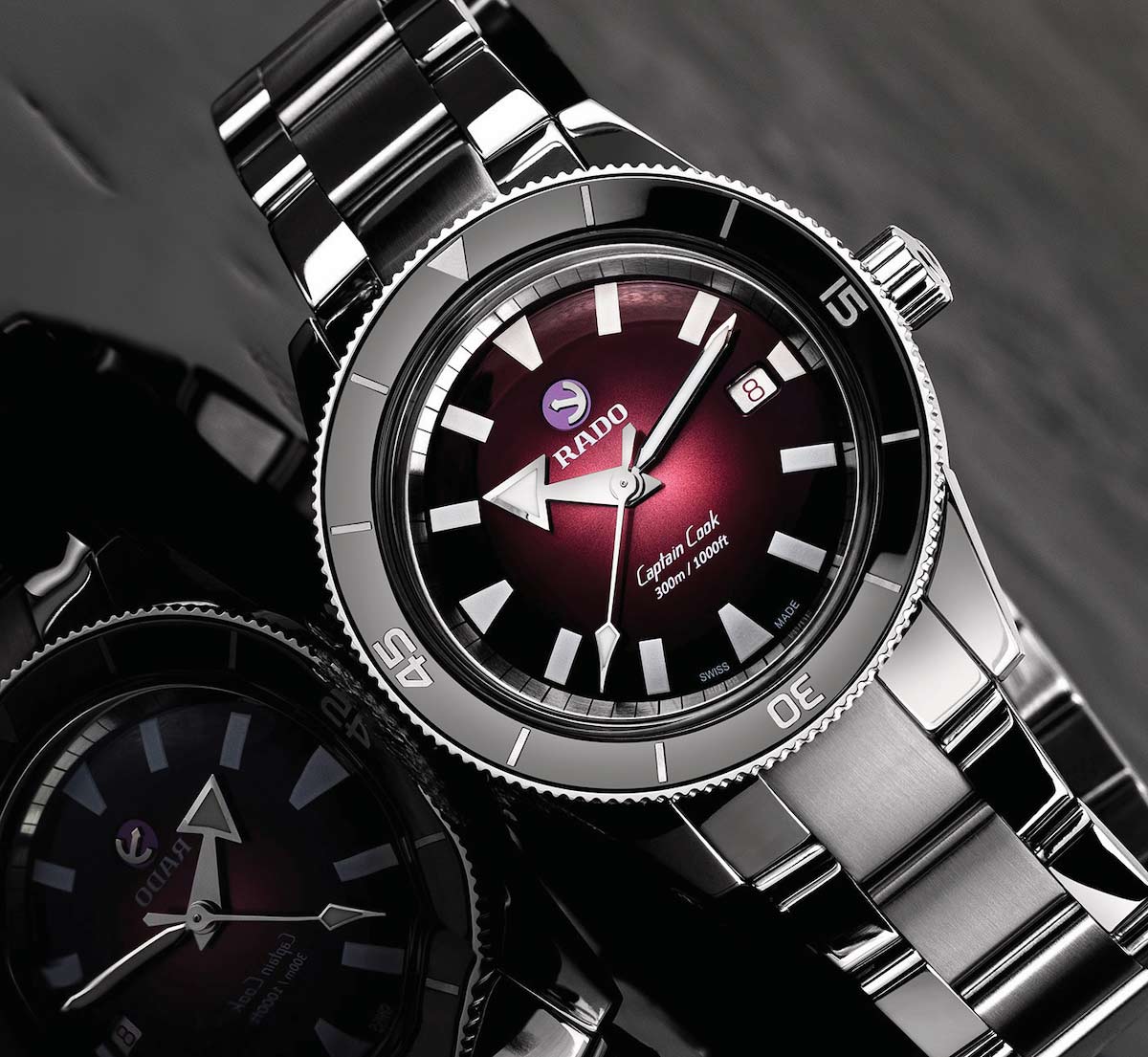 All of the vintage Captain Cook ingredients remain, including the sloped rotating bezel with a modern ceramic insert, box-shaped AR sapphire crystal resembling acrylic (without the 1960’s cyclops lens over the date) and anchor logo below 12 o’clock that rotates freely as the wrist moves. The 42mm x 12.3mm stainless steel case is substantially larger than the original’s (and 2017’s) 37mm diameter, but maintains the classic look in a contemporary package. It’s polished with a solid case back featuring three seahorses and stars on a matte background. The original model had two seahorses. The signed crown screws down and unlike some models following the 2017 reintroduction, this one is water-resistant to 300 meters (others were just 100 meters). It comes with a polished/brushed three-link bracelet in steel with a folding clasp in both steel and titanium. 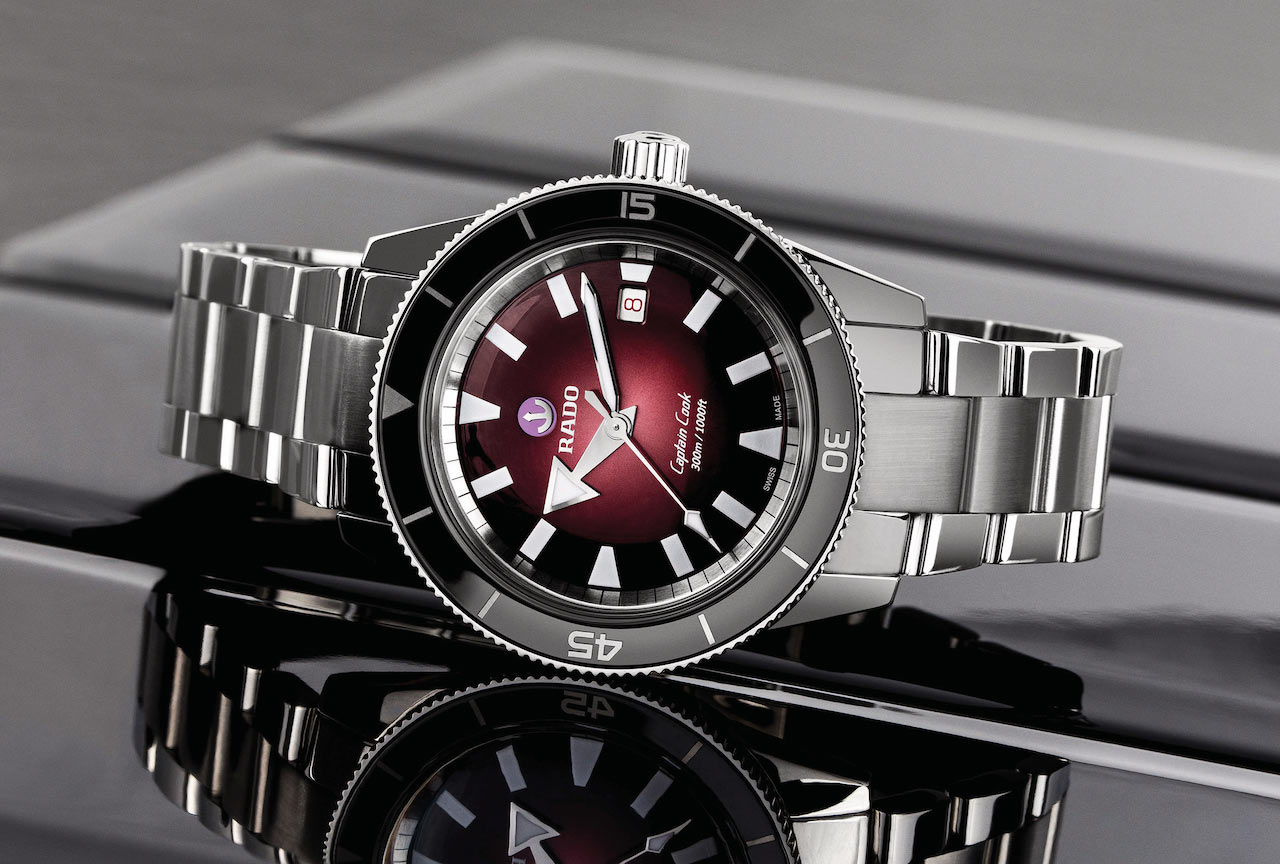 The gradient dial is dark red with a cool faded black outer edge. The date window at 3 o’clock has the traditional red print on white and although the hands resemble the original’s, there’s a curious difference. The 1962 model had a large triangular tip on the minute hand and a sword-style hour hand. The new models reverse this – large triangular hour hand and sword-style minute hand. Same vibe, but why? All three hands have white Super-LumiNova inserts and the oversized indices are coated with the same. No faux patina on this one, which would look out of place. An angled minute track spans the outermost perimeter. 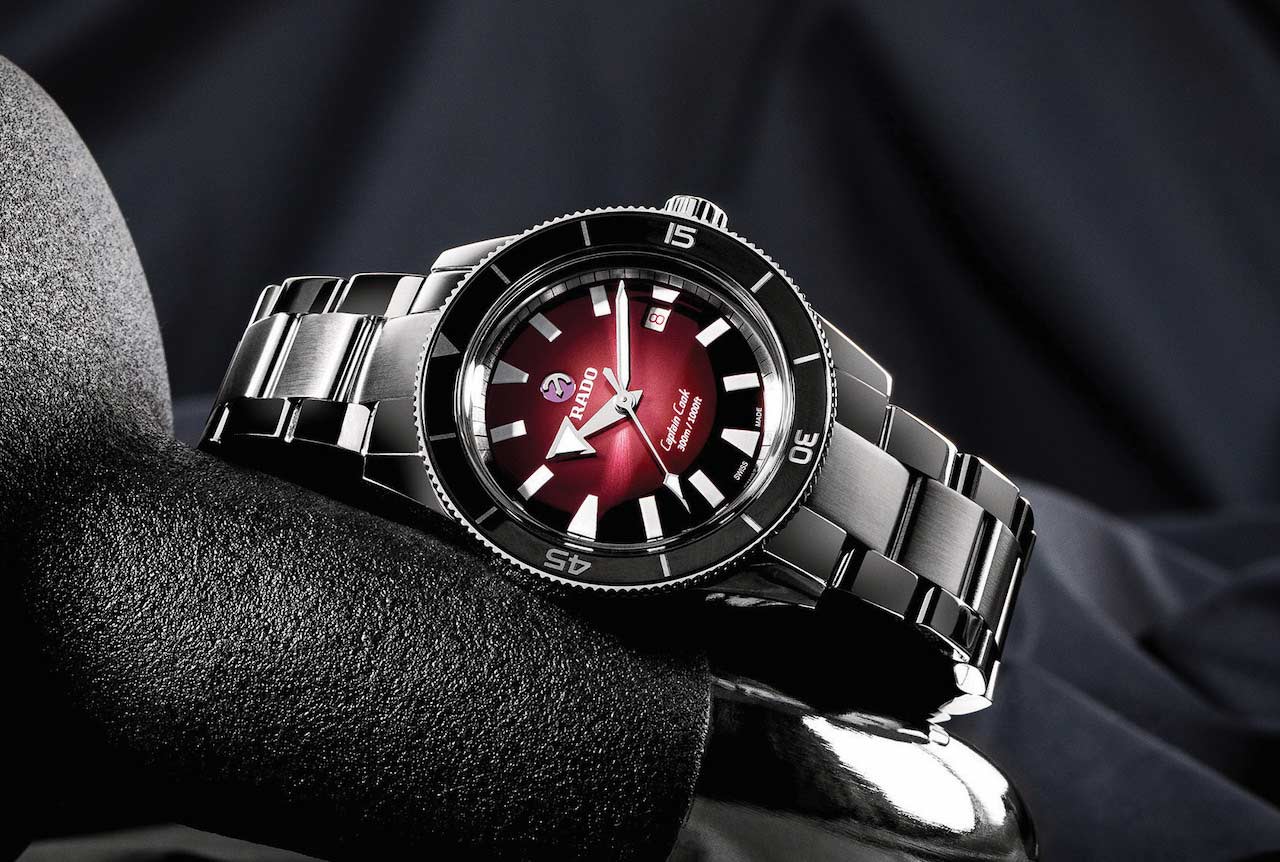 Powering the watch is the Rado R763 automatic (ref. 03.763.835), which is based on the ETA 2824-2. It’s often referred to as the Powermatic within the Swatch Group and has an 80-hour power reserve and Nivachron hairspring that’s magnetic resistant. It’s accurate, reliable and brings some advanced features to the masses.

The new Rado Captain Cook Automatic with red gradient dial (ref. R32105353) retails for EUR 2,170 or USD 2,100. That’s a solid price for such a capable and stylish Swiss diver with a cool history.