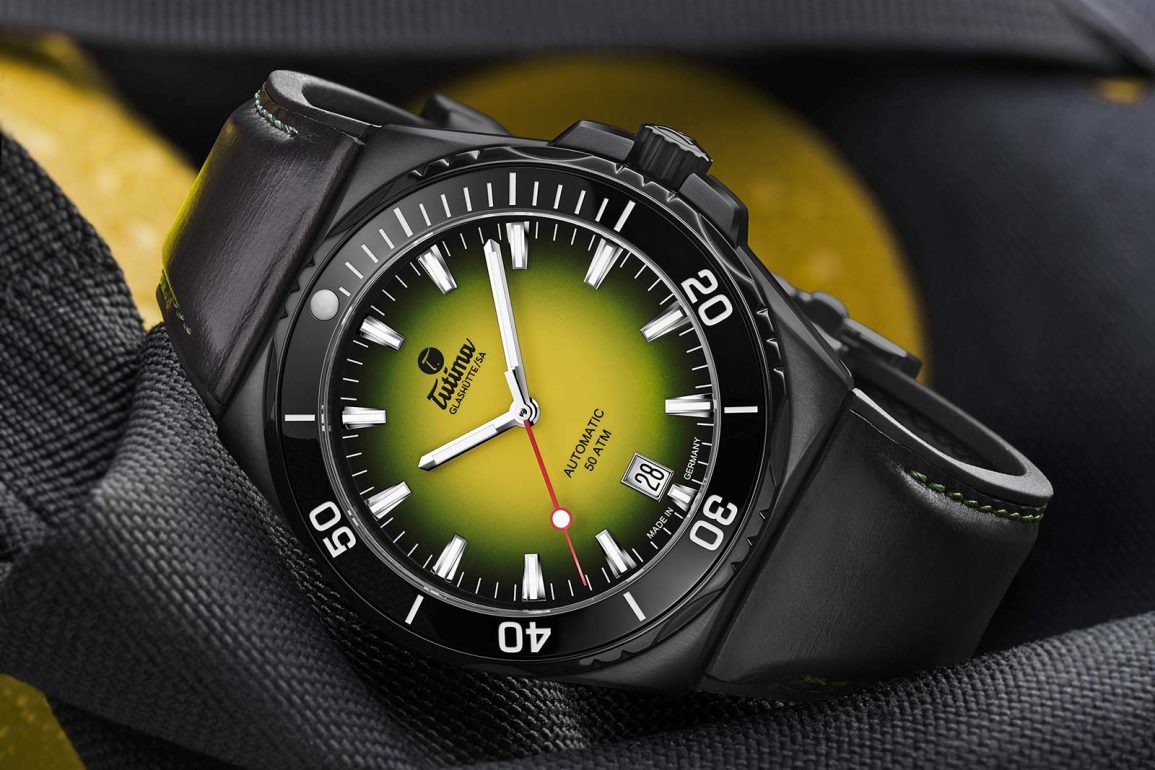 Could yellow dials be the new trend? If so, Tutima has gotten started early!

It’s easy to think that the only watchmakers in Glashütte are A. Lange & Söhne, Glashütte Original and Nomos isn’t it? Admittedly, I do it all the time, and I’ve written loads of articles about watches! It might surprise you that the little Saxon village of Glashütte in Germany is a buzzing hive of horological activity, from group-owned conglomerates to the finest of independents. 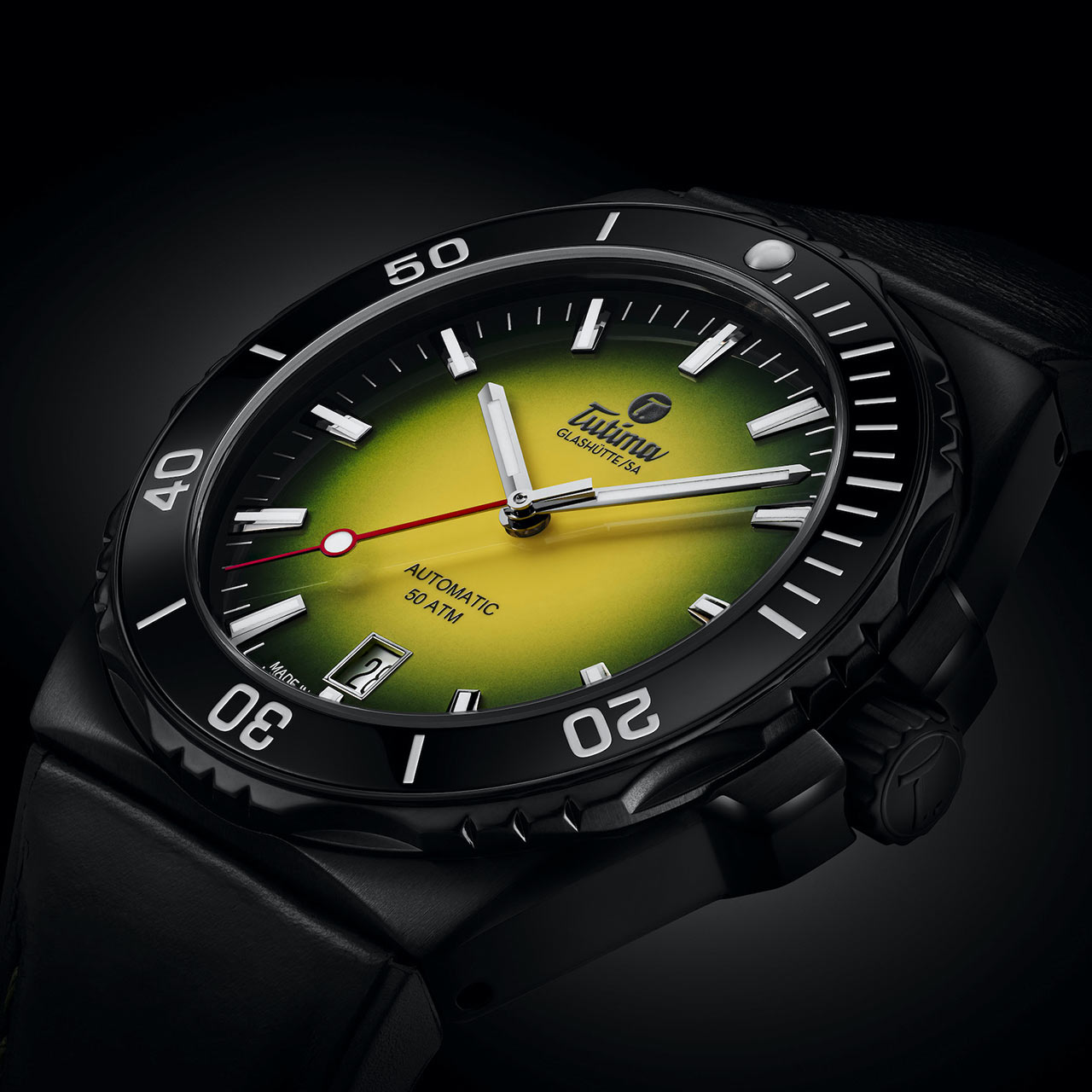 Tutima stands out as a maker of quality, affordable watches that isn’t owned by a conglomerate like Swatch (which owns Union Glashütte and Glashütte Original) and Richemont (owner of A.Lange & Söhne). The name appeared in the 1930s, and when WWII broke out, the manufacturer turned to making pilot’s watches for the Luftwaffe. As with nearly all the German watchmakers, the end of the war and division of Germany wiped them off the map entirely, although the Tutima name would resurface much earlier than the rest, appearing on watches in the late 1950s. 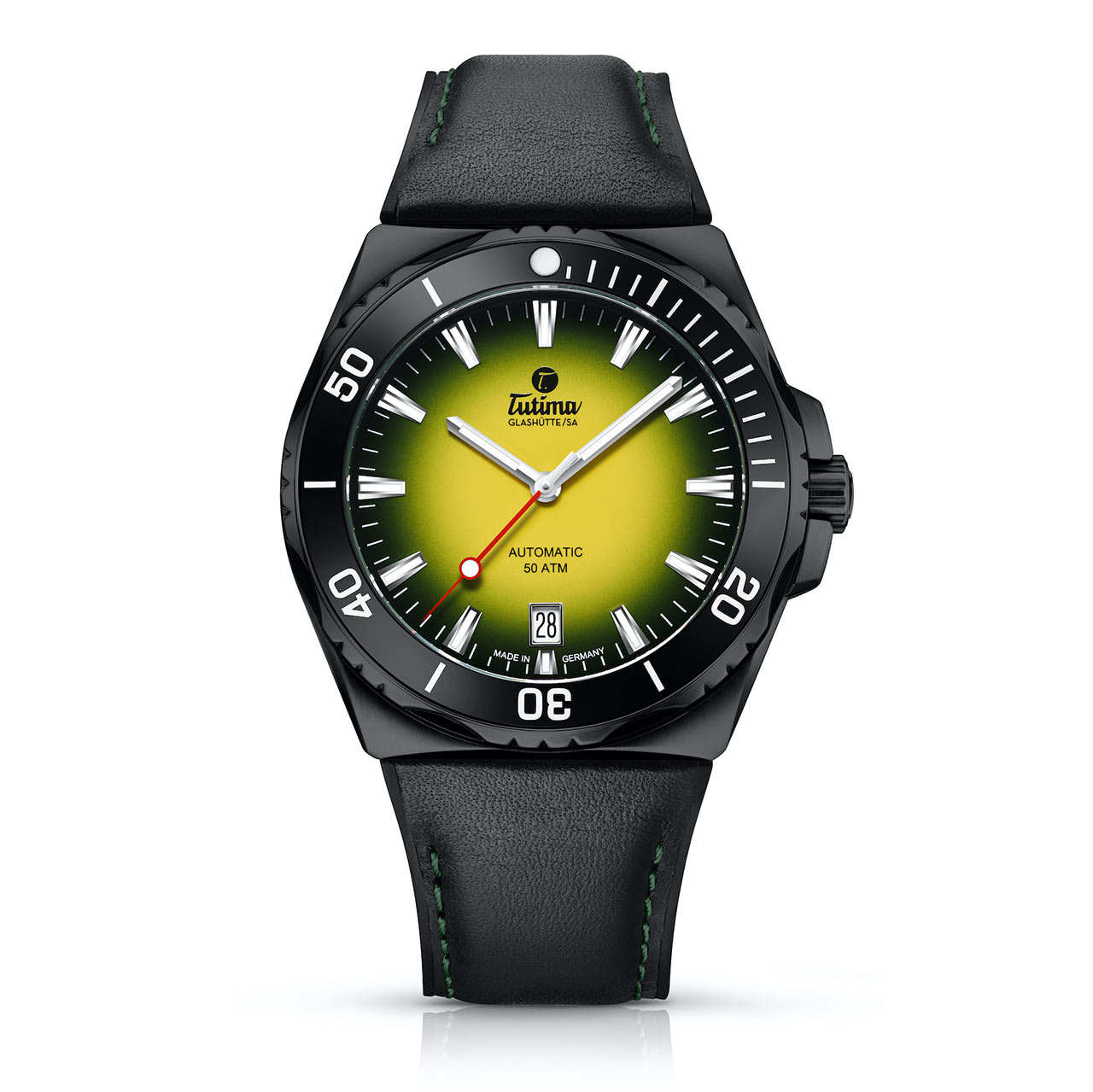 Today Tutima makes a range of watches, most of which are aimed toward the skies, although they make dress watches and even a limited-production minute repeater. The M2 Seven Seas S PVD goes in the opposite direction and aims toward the bottom of the ocean. The 40mm x 12.5mm stainless steel case with black PVD coating is well sized for most, although the dial overshadows the fair sizing of the case. The case is water resistant to 500m is also noteworthy. 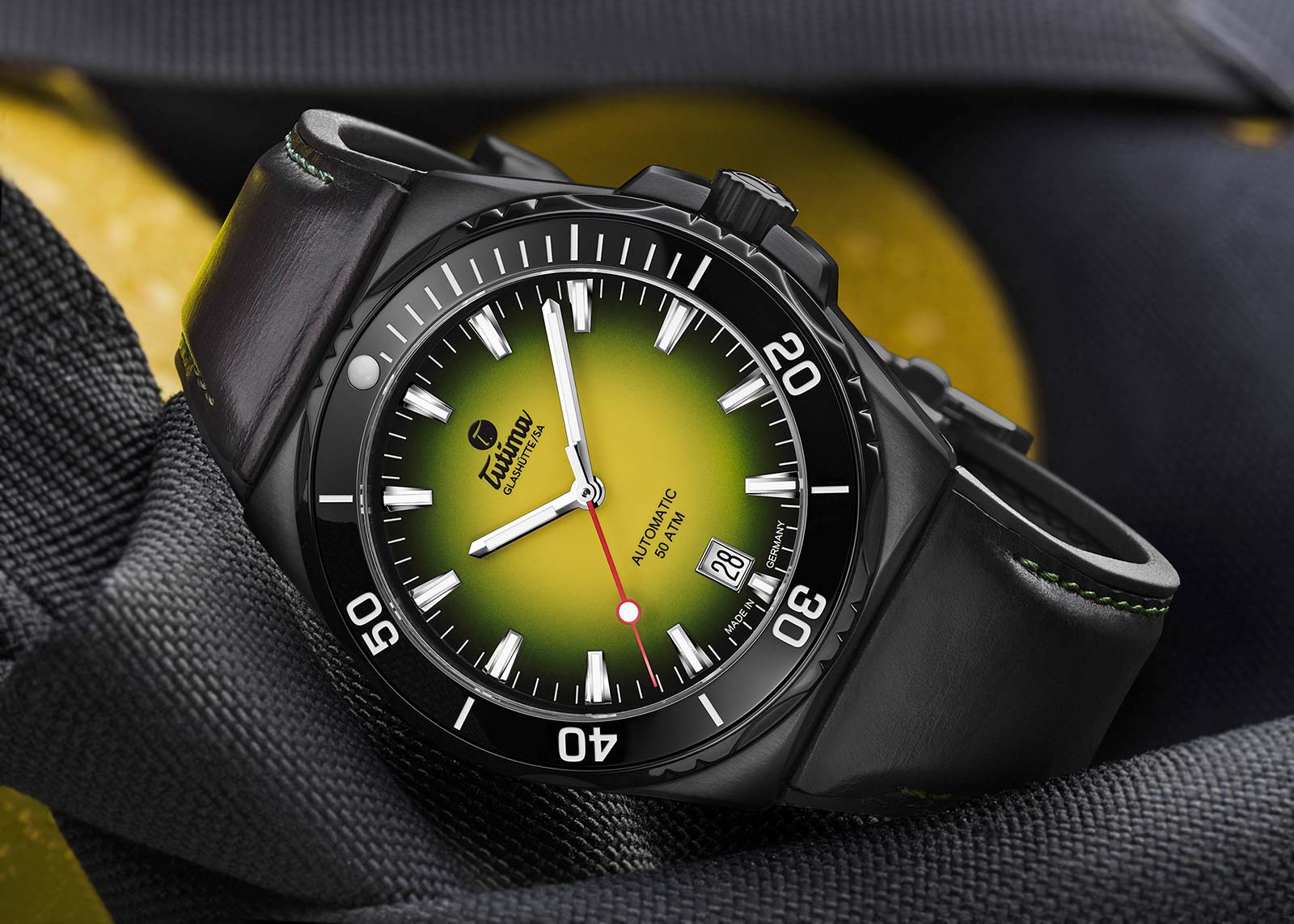 This watch features an eye-catching gradient (sometimes called dégradé) dial, which starts out as bright yellow and fades off towards the edges of the dial. Polished hands and markers with SuperLumiNova ensure legibility at night (or underwater), and a date window provides some added use.

According to my sources, Tutima’s calibre 330 is a re-worked ETA2824 inside the watch. However, there is some disparity, and it could be the Sellita SW200 (both are very similar regardless). That means it’s self-winding with a 4Hz beat rate and 38-hour power reserve.

Pricing is set at $1980 and is available through Tutima authorised dealers.

If you’re wondering why I’m keeping it light on the details, our excellent editor, Eric Slaven will be doing an in-depth hands-on with this watch soon, so stick around for that!