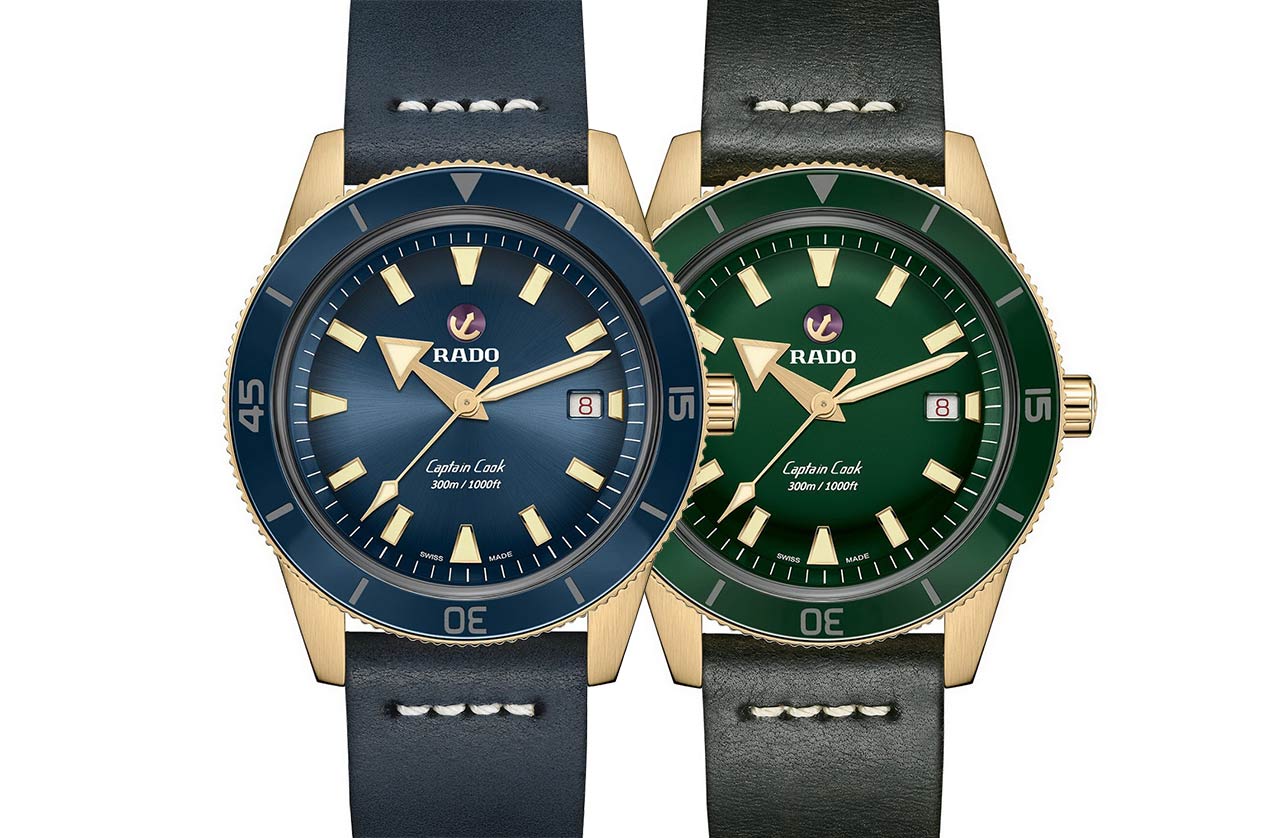 The last time we covered the Captain Cook here on WristReview was back in July of last year. We like the Captain Cook watch as it’s got all the hallmarks of a proper diving piece but is different enough not to tread on the toes of the other diving watches on the market. Of course, the reason the Rado looks the way it does is that it’s technically a modern remake of the original Rado Captain Cook from 1962, which was a beautiful watch. 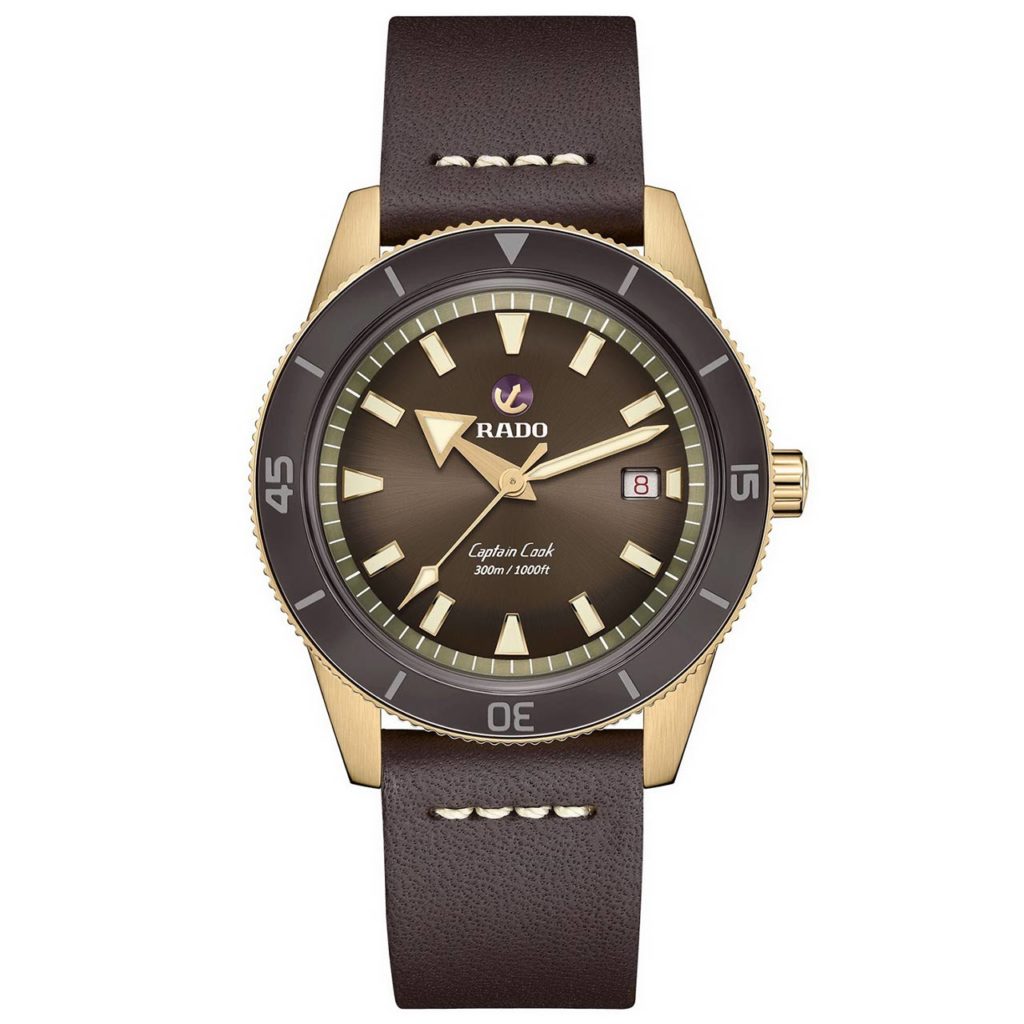 The contemporary Captain Cook is nearly identical to the vintage on the outside. The lugs are angular and narrow, and the bezel is quite thin too. On the dial, the signature anchor logo is present at 12 o’clock as well and appears to be applied instead of printed like the 1962 version. You can even get some versions of the Captain Cook on the signature ‘rice grain’ bracelet, although this new bronze version isn’t one of those versions. Instead, you get a few different leather straps which have been colour matched to the dial and bezel. 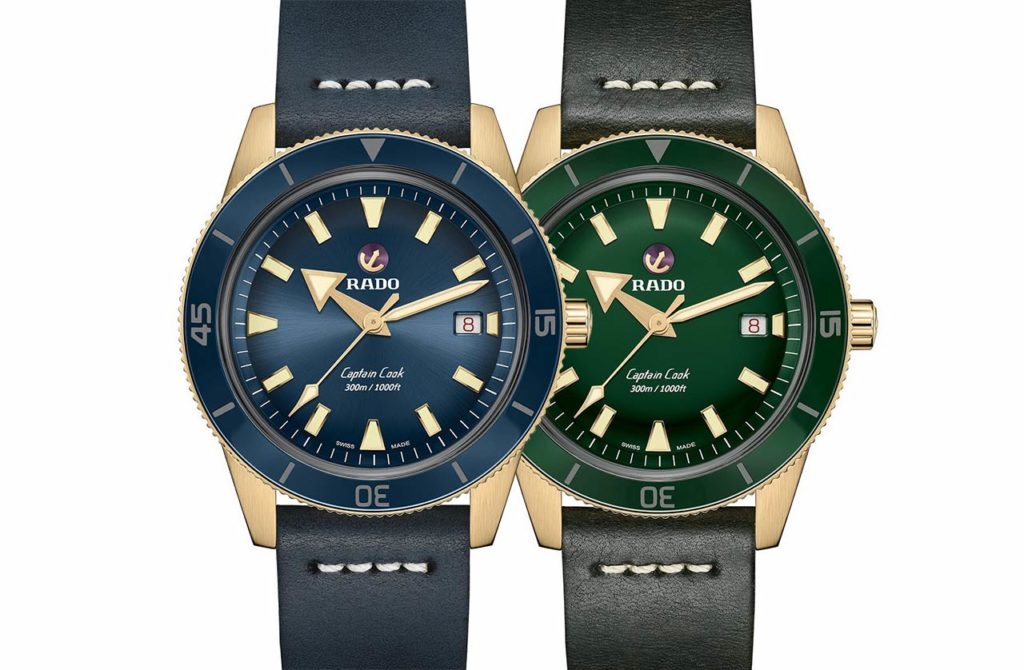 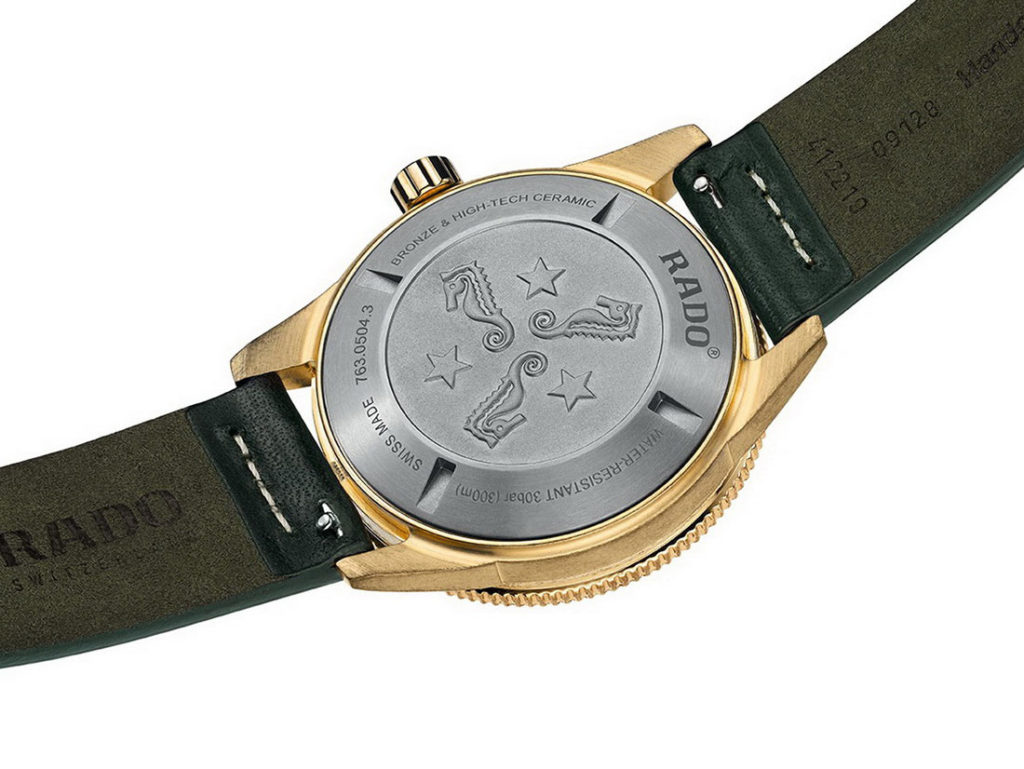 Inside the bronze 42mm cases sits the automatic ETA calibre C07.611 which is dubbed the ‘Powermatic 80′ movement, but the rabbit hole doesn’t end there as the C07.611 calibre is itself based on the ETA 2824-2 calibre. Presumably, it’s been modified a bit from when it was the 2824-2, but that might just be Swiss logic kicking in once more to offer a confusing array of options that overlap almost entirely. Still, it has a 4Hz beat rate as we’d expect from a modern watch and the ’80’ part in the name ‘Powermatic 80’ does indeed refer to the 80-hour power reserve which exceeds what we’d expect from a production timepiece in 2020. 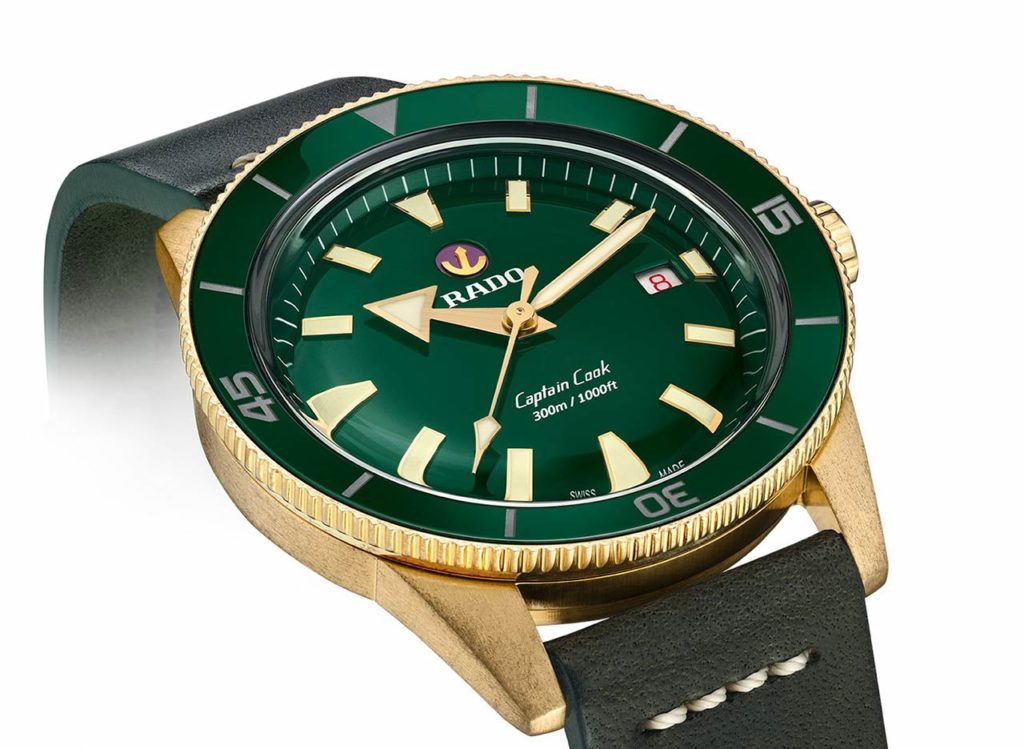 The solid bronze case keeps the watch water-resistant down to a depth of 300m, though, there is no option of a bronze bracelet meaning that if you do decide to see the fishies while sporting the Captain Cook, you’d either need to have another leather strap in reserve or get hold of a rubber diving strap too, which could work quite well on this watch. The bronze Captain Cook is not a limited edition piece and will retail for €2680.