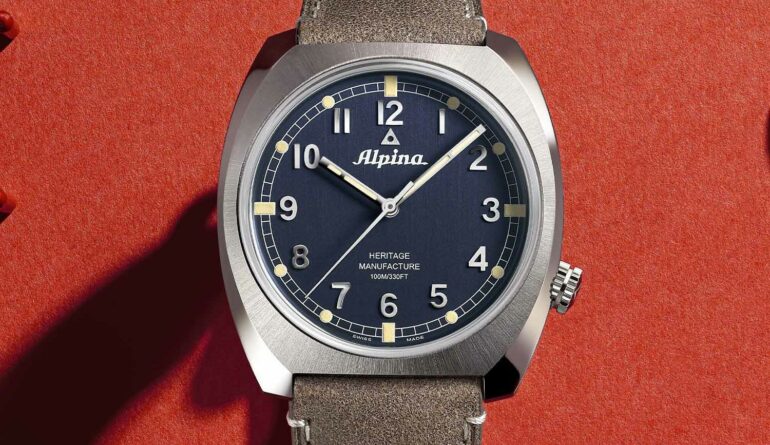 Alpina introduces a classic pilot's watch with an unusual movement.

Alpina is one of our favourite “lesser-known” brands because of its attention to detail when designing and executing its watches. We love that most of their designs are modern but often carry a heritage twist, something from their history books that they’ve reworked into a watch for the 21st century. On the other hand, they’re no strangers to doing things the other way around and incorporating some modern touches into a heritage design. That seems to be what they’ve done here with the Startimer Pilot Heritage.

Alpina has released Startimer re-editions before, although we only covered the version from 2020 here, not last year’s version. The new watches feature a retro tonneau-shaped case which measures 42mm x 13.25mm, although that barrel shape will mean it wears smaller than it sounds, so even if you’re comfortable with watches up to 40mm, you should be okay here. There’s also some graining on the case, and water resistance is set at 100m, and you have a choice of stainless steel or yellow gold-plated stainless steel. 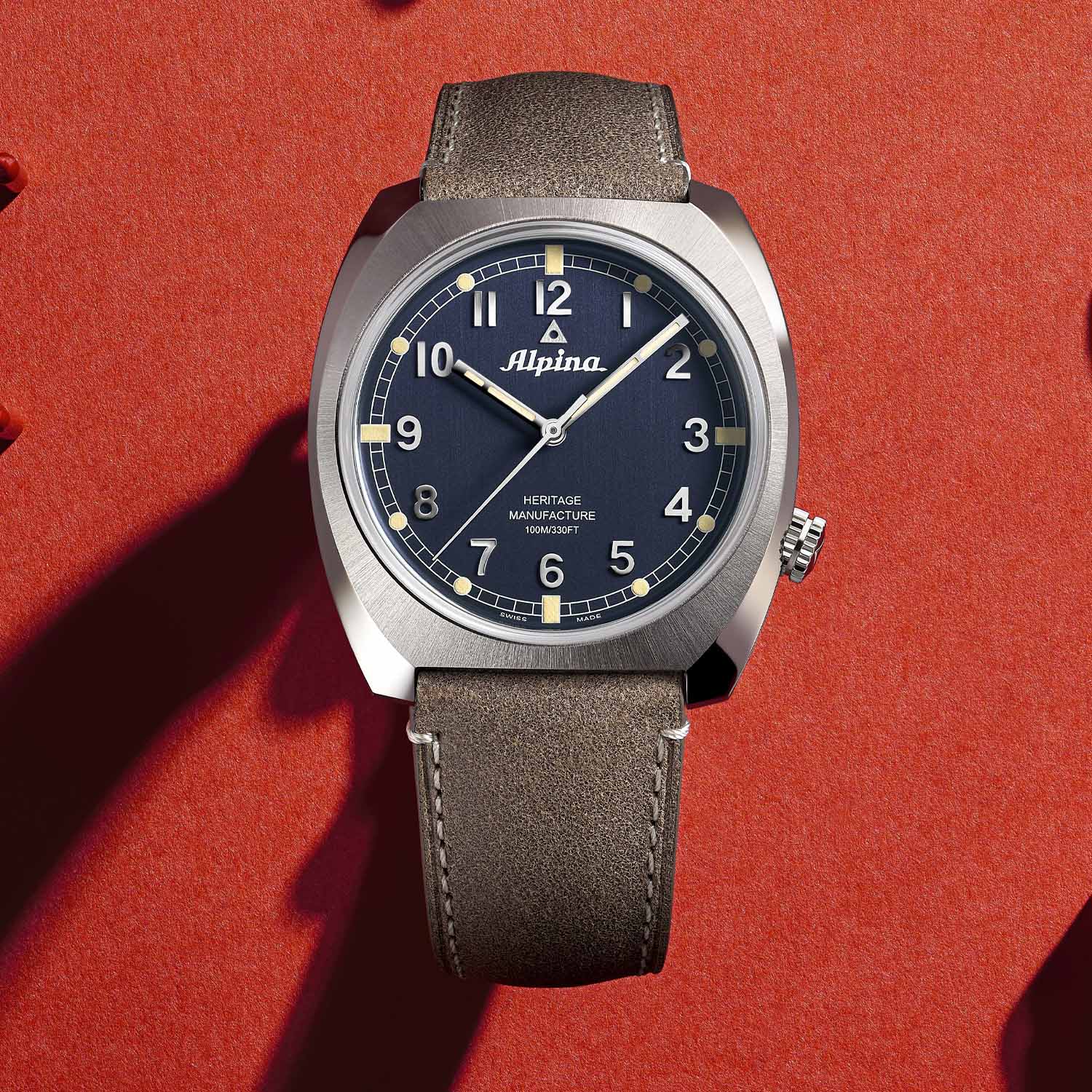 The dial colour changes depending on the version you go for. The naked stainless steel watch comes with a crisp navy blue dial, thoroughly modern and yet classical thanks to its smaller indications and train-track style minutes indications. The gold-plated version has this too, but it comes with a grainy “champagne warm grey” dial with blackened hands instead. Both watches come with lume applied to them for nighttime reading. 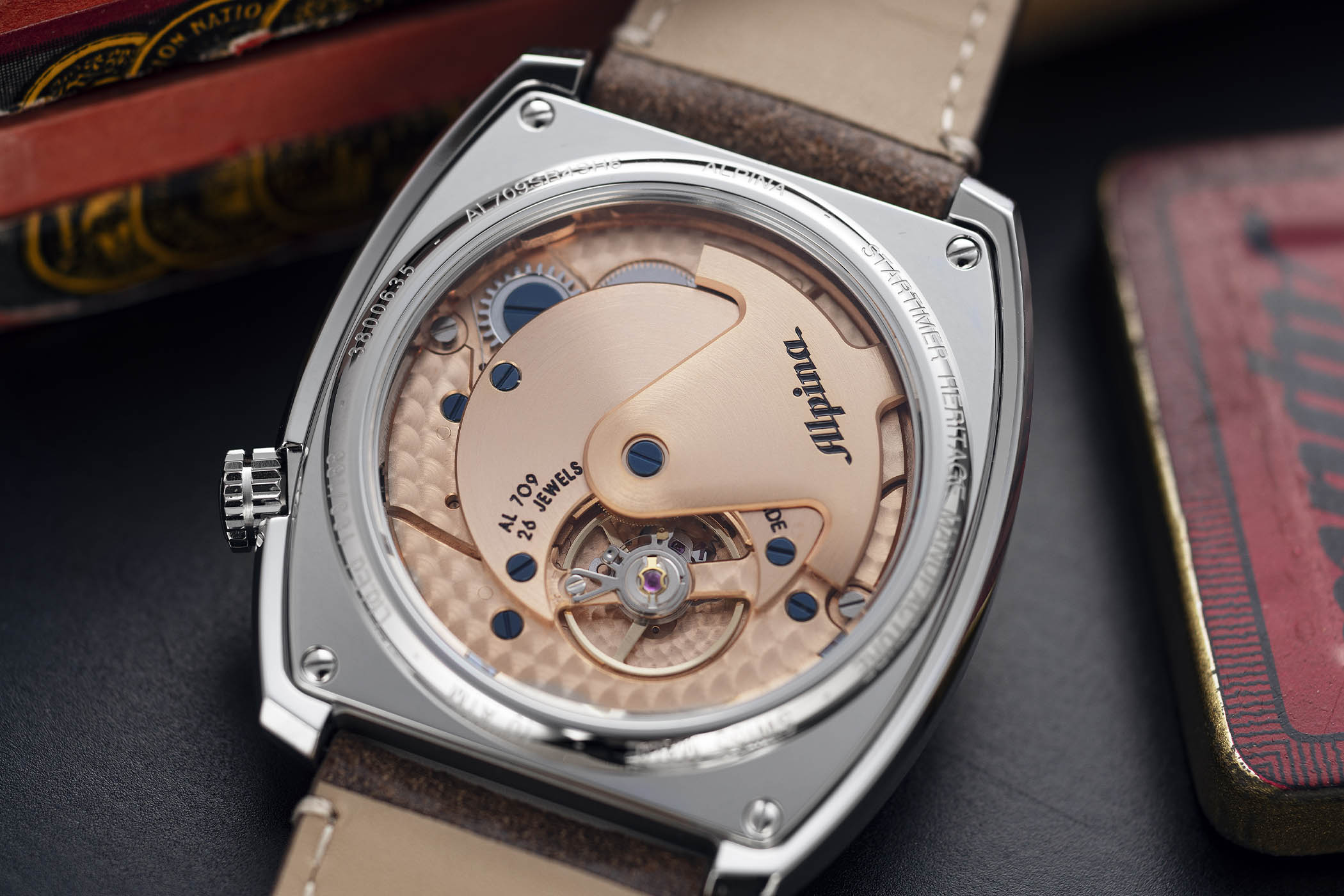 Powering these watches isn’t your typical movement. Traditionally, Alpina uses ETA or Sellita ebauches for its movements and then customises them to meet its requirements. There’s nothing wrong with this approach, but it’s sometimes hard to justify the higher prices of these watches, not so with the Startimer Pilot Heritage. The calibre AL-709 is made in-house by Alpina and is known as a “bumper” movement. This is because the movement’s funny-shaped rotor does not perform 360-degree spins freely like nearly all other self-winding movements. It can only complete a 330-degree spin before hitting its bumpers and moving in the other direction. 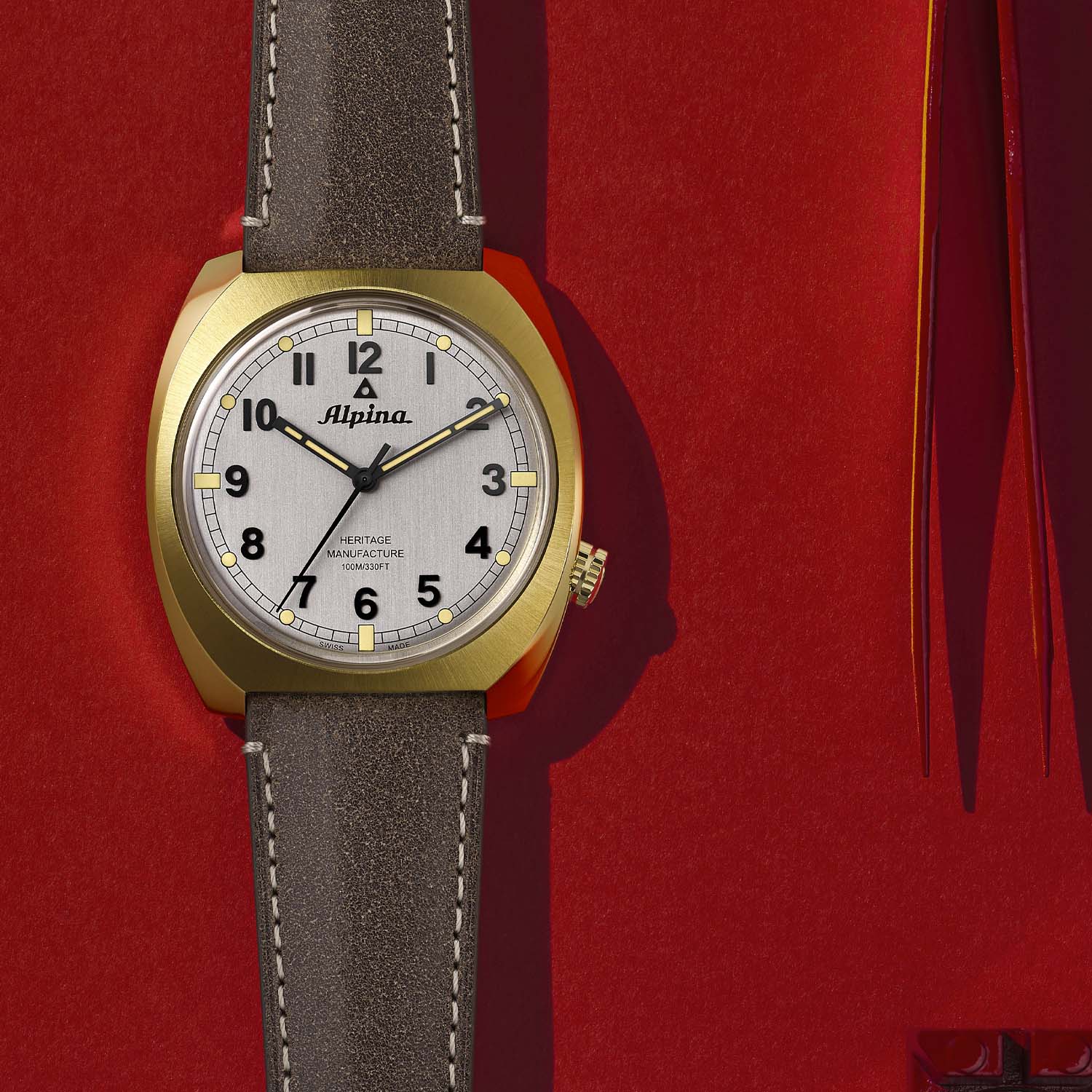 This is how modern self-winding movements got their start. Although Abraham-Louis Breguet developed the self-winding watch movement in the late 1700s, those mechanisms look nothing like the watches we have today. It was English watchmaker John Harwood that developed the idea of “bumper” movements, but these were difficult to produce and maintain. Ultimately, Rolex developed its own self-winding technology, similar to Harwood’s bumper movement, but the rotor could perform 360-degree spins freely. Rolex’s system ended up being the basis for nearly all the self-winding watches we see today, while “bumper” movements are generally antiquated but fascinating. This doesn’t affect the performance of the Alpina, though, and while Harwood’s watches were tricky to produce, technology and design have advanced over the last century. Alpina’s calibre AL-709 can run for 38 hours at 4Hz.