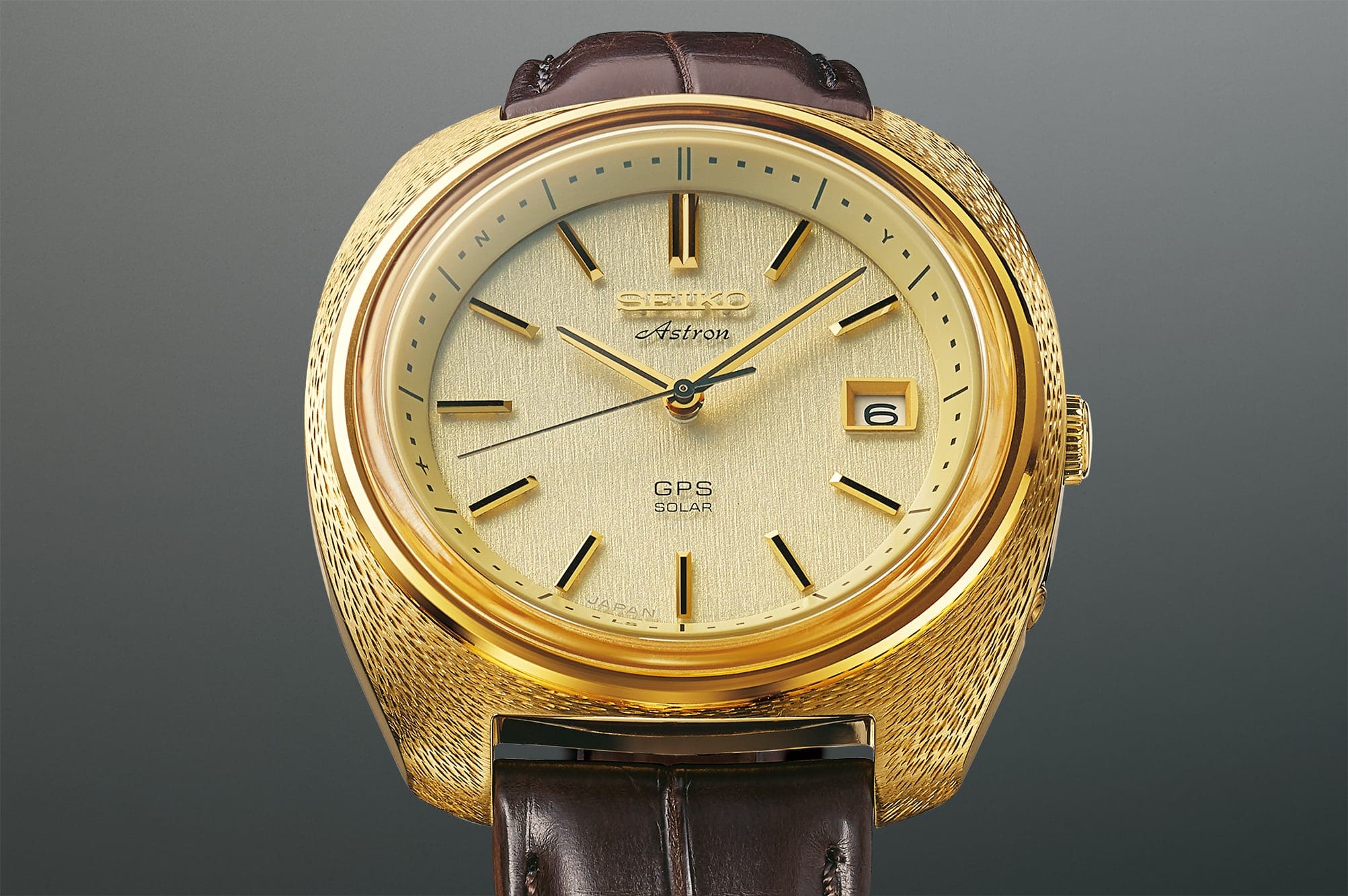 1969 was a tremendous year for horology and space travel in general, but also quartz watches. So, in a way, the Swiss watch industry would regret this year and celebrate it at the same time, as it was on the 25th of December, 1969, that Seiko launched the Quartz Astron 35 SQ watch. This was ground zero for quartz technology, which had been relegated to the background thanks to the size of the clocks it was mounted in. This all changed when Seiko won the race to make a wrist-mounted quartz watch, little did they know it would nearly obliterate mechanical watchmaking. 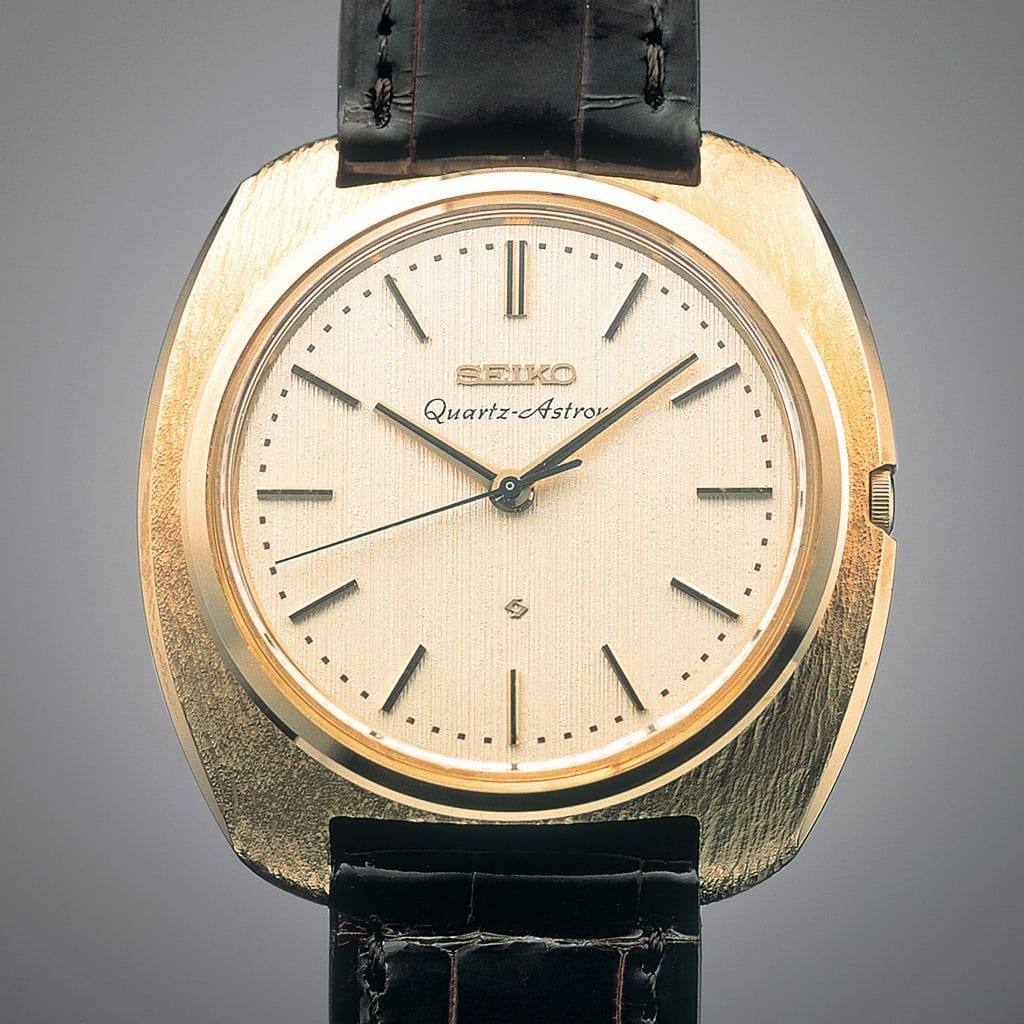 The original Quartz Astron of 1969

The Quartz Astron 35 SQ watch had a battery life of one year. It was also very expensive to buy and only sold in Japan with a limited production of 200. But, the watch was extremely accurate, it ticked away at a rate of +/- 0.2 seconds per day. To put that in perspective, before this came along one of the most accurate watches you could buy was a Longines Ultra-Chron, which ran at an impressive +/- 2 seconds per day. But that watch was specifically designed for accuracy, a normal mechanical watch from the period could be anywhere up to +/- 10 seconds per day. Seiko was clearly onto something. 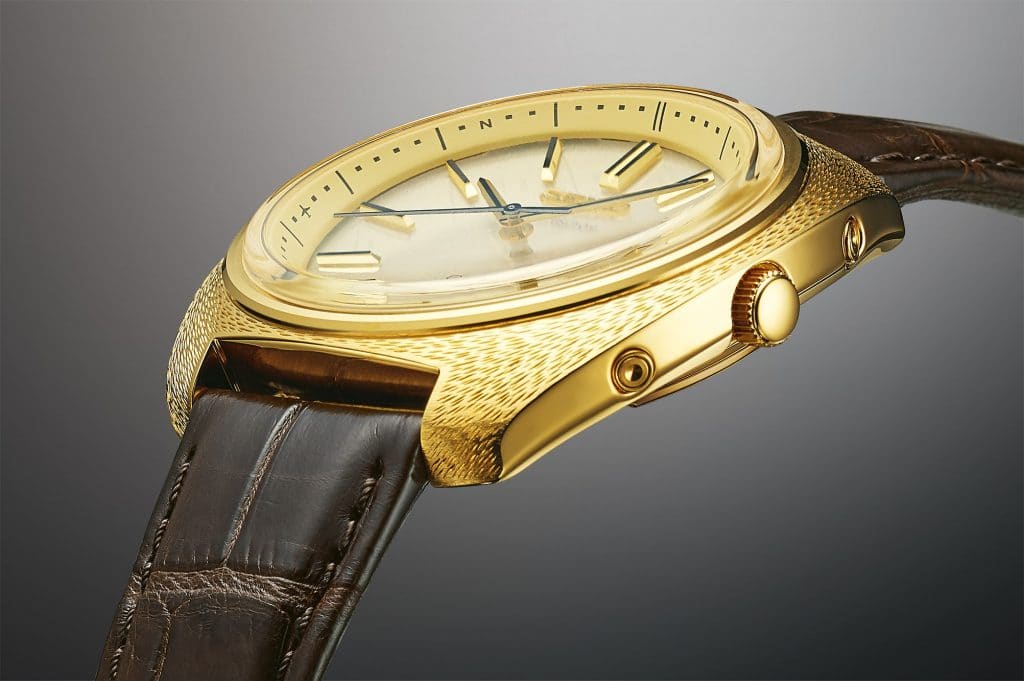 It seems fitting, then, that they re-release their original watch, the watch that set the benchmark for it all. The new 1969 Quartz Astron 50th Anniversary Limited Edition watch is not exactly the same as the original Quartz Astron 35 SQ, but it is still a good looking watch. The 18k yellow gold case is 40.9mm x 12.8mm in diameter with the distinctive pattern that more or less comes from the original. The crown is still relatively small, but it’s not tucked inline with the case side like on the Quartz Astron 35 SQ watch, it’s still pretty elegant. 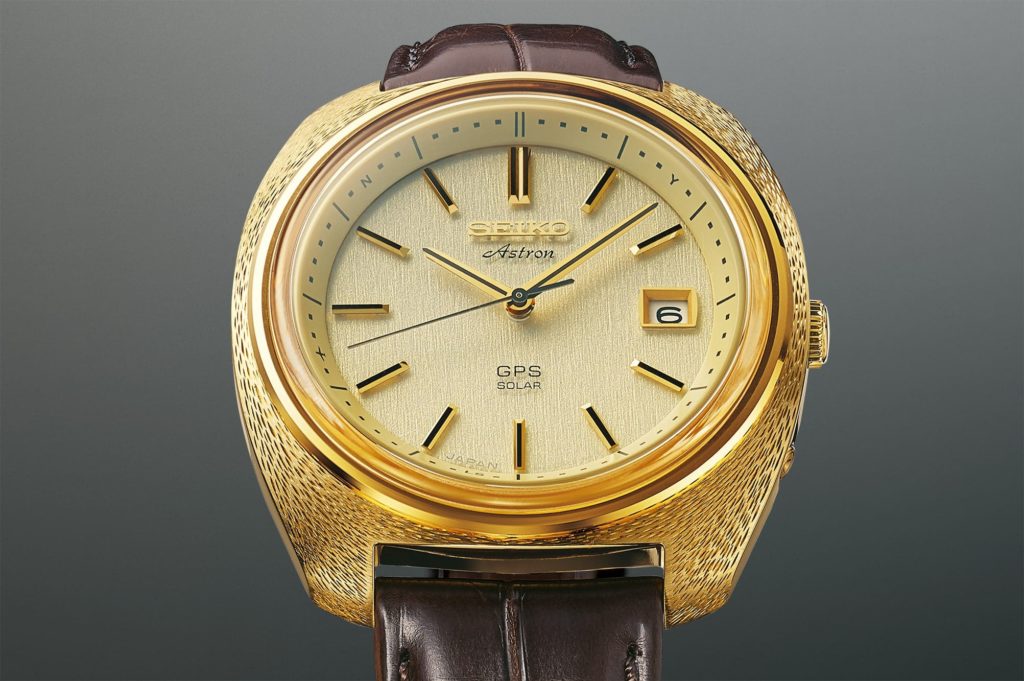 The dial also seems to sit in a deeper recess than before, with the seconds markers being moved to the inner flange ring. The black-topped golden markers look very attractive, and it’s nice to see that Seiko kept the same grained finish from the original. The Seiko logo seems to float above the dial, a touch that looks good in my opinion, along with the ‘Japan’ indication. There are also the words ‘GPS’ & ‘Solar’ on the dial, which refers to the quartz movement inside. 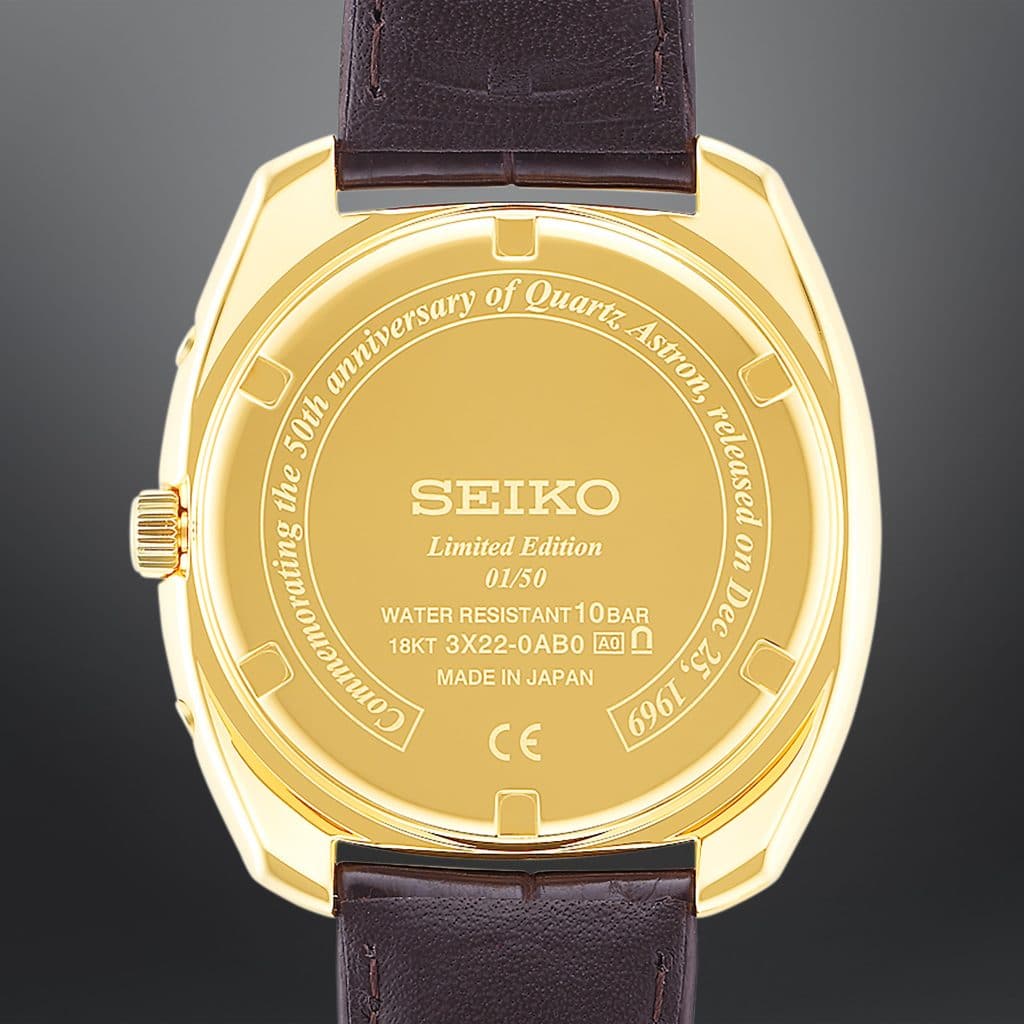 The calibre 3X22 inside the watch is unique in a few ways. It’s powered not by a standard battery that requires replacing every few years, but by the Sun. Believe it or not, the dial is a sun-trap for the watch, allowing it to harvest natural light energy to keep itself going. This isn’t new technology for Seiko, but it is usually reserved for their more affordable watches. The movement also picks up GPS signals, too, which allows the watch to know where it is in the world and then automatically adjust the time to the local time, meaning you don’t need to do anything. I’m not sure if this works when crossing the international date line, though, and whether it can adjust the date automatically as well, but that would be pretty neat. 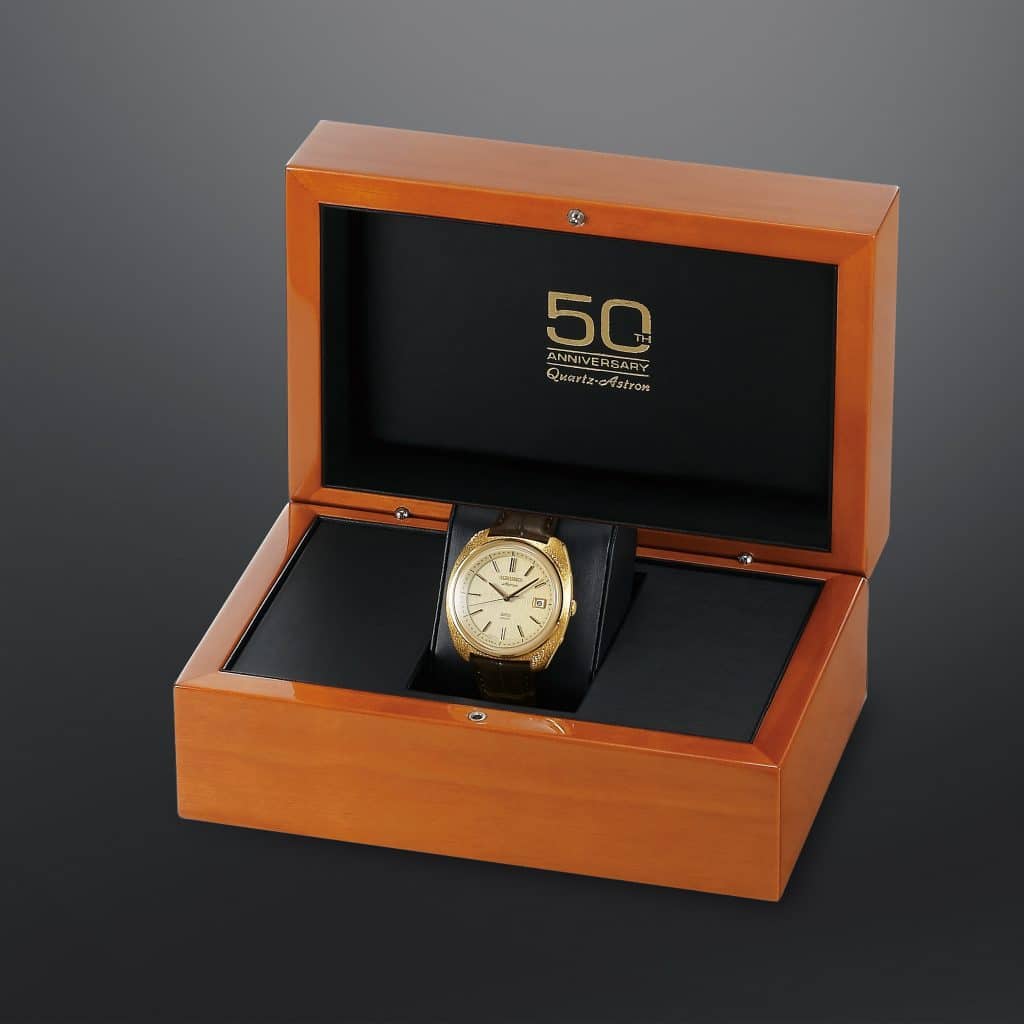 The price of one of these new 50th-anniversary edition watches is set at $36,000, and it’s limited to 50 examples worldwide which are available from Seiko boutiques only.