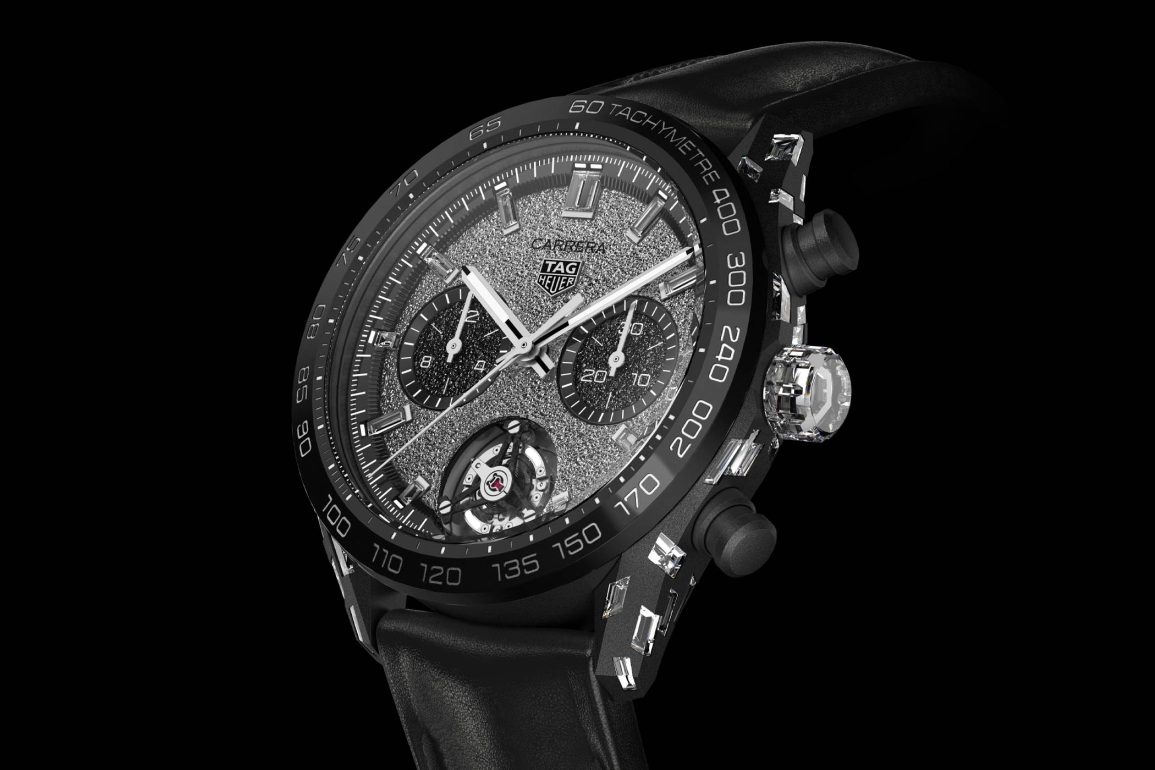 Synthetic diamonds, also called lab-grown diamonds, are not a new invention, they’ve been in use in places in the jewellery industry for many years, but you rarely find them in watches. Some people will tell you that synthetic diamonds are worthless, despite being nearly identical to mine diamonds without special equipment. TAG Heuer believes that there could be a use for them in the future and has made a watch declaring their interest in the topic. 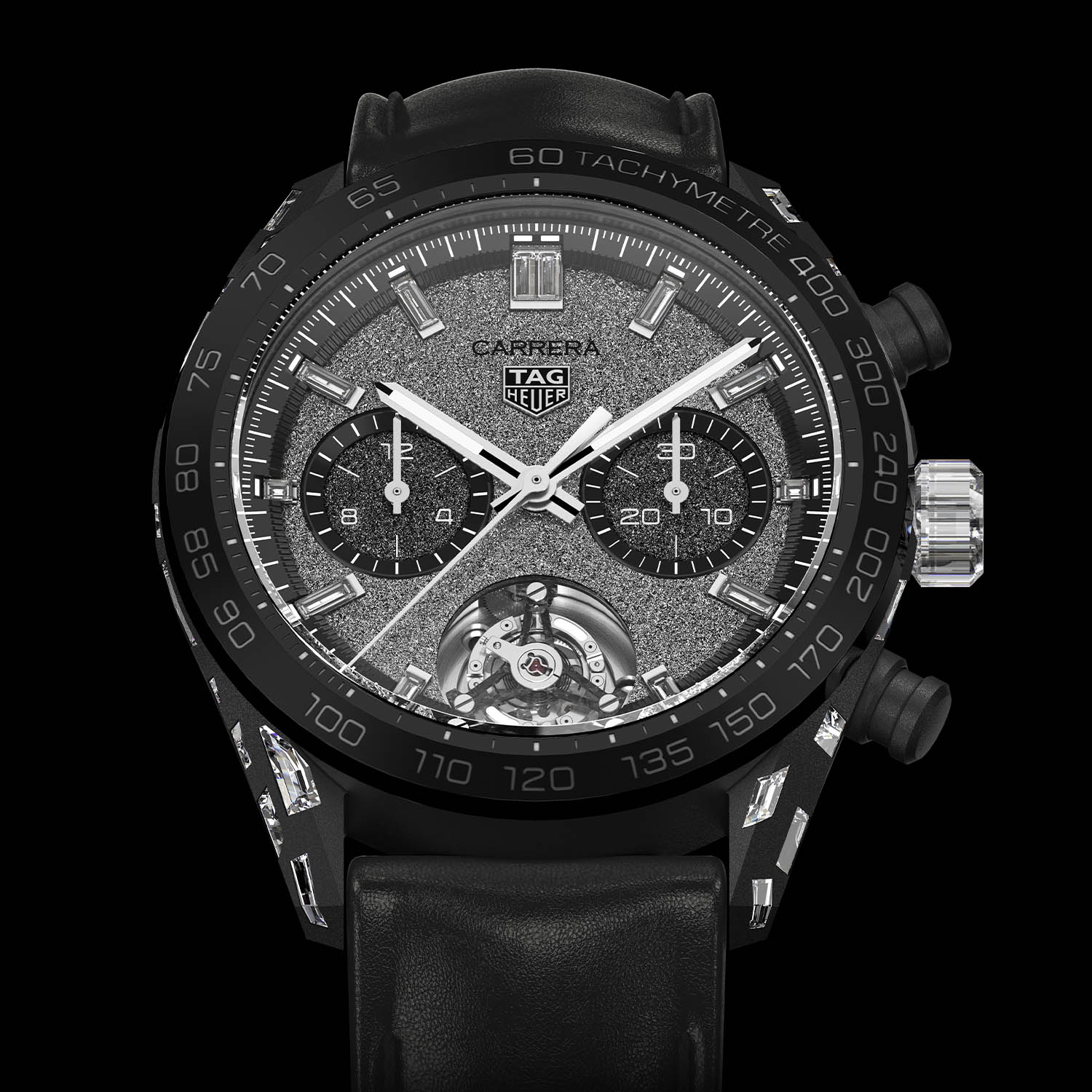 Called the Carrera Plasma Tourbillon, it’s a sporty watch with a tourbillon. The plasma in the name comes from the Chemical Vapour Deposition used to turn the 44mm anodised aluminium case black. The case is set with 48 lab-grown diamonds and, more entertainingly, has a crown made of 2.5 karats of lab-grown diamond. Perhaps we’ll see TAG Heuer make a watch case entirely out of synthetic diamond in the future. The diamonds are also used on the rough-textured dial. 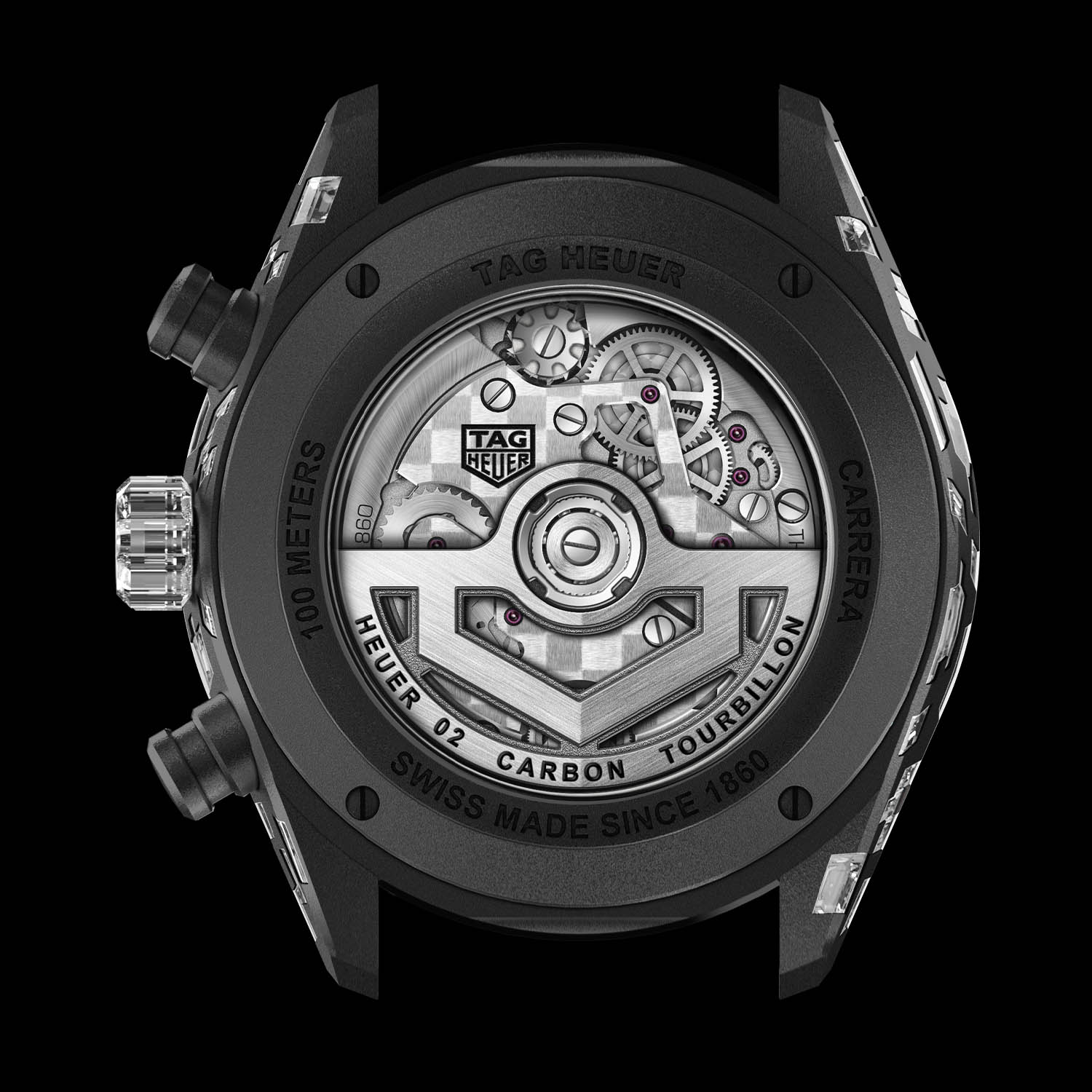 The automatic calibre Heuer 02T powering the watch is a tourbillon chronograph watch. TAG Heuer has used this movement before, making some of the most affordable tourbillons out there (that are from Switzerland anyway). I’ve tried one on in a dealership. Apart from the strap, it was one hell of a watch. The movement has a 65-hour power reserve and a 4Hz beat rate, and it also has a column wheel. 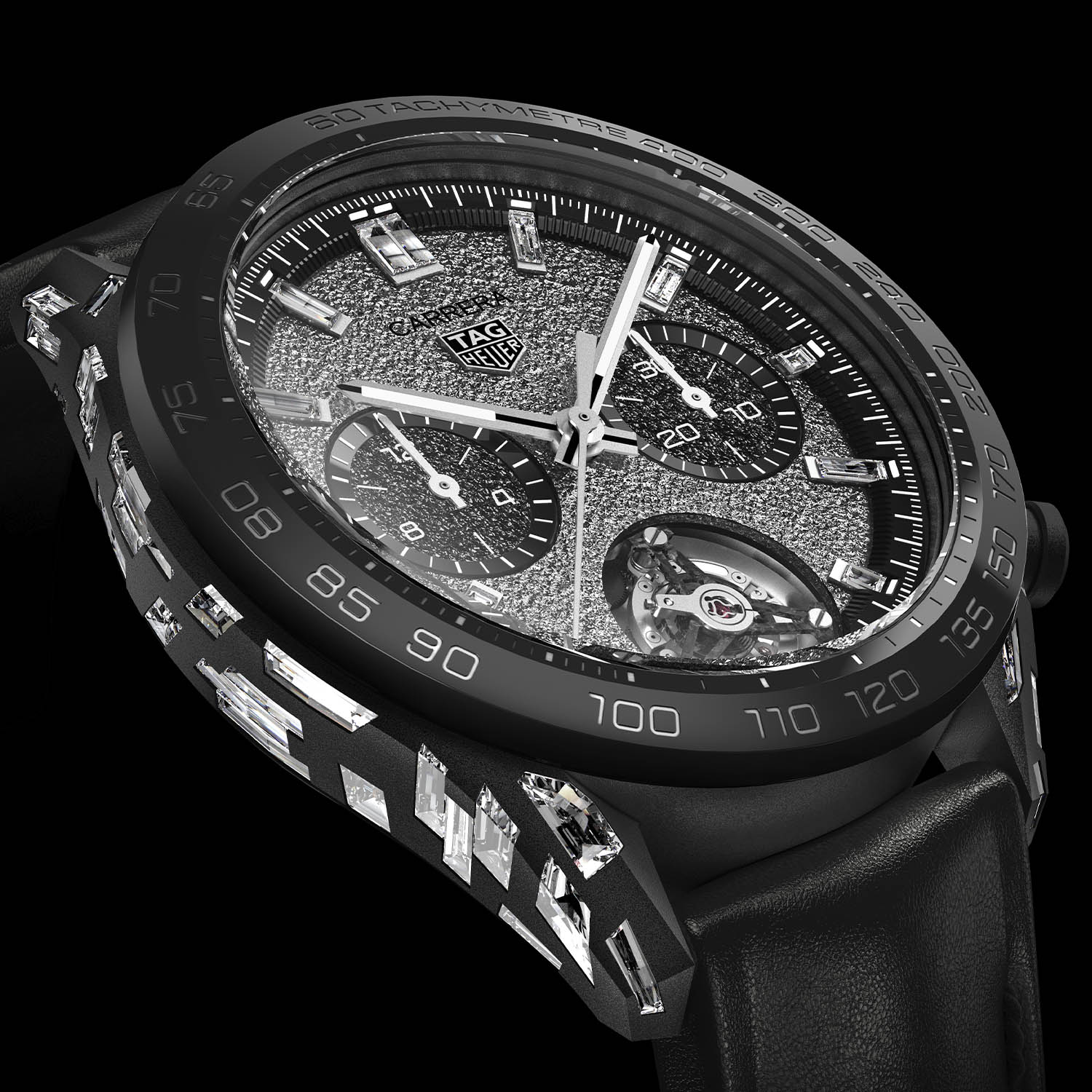 Unlike the regular chronograph tourbillon watches in the TAG Heuer line-up, don’t expect this one to be so well priced. While synthetic diamonds might not be as valuable as mined ones, they’re still valuable diamonds. TAG Heuer has yet to confirm a price on this one or whether it’s limited in production. Visit TAG Heuer here.