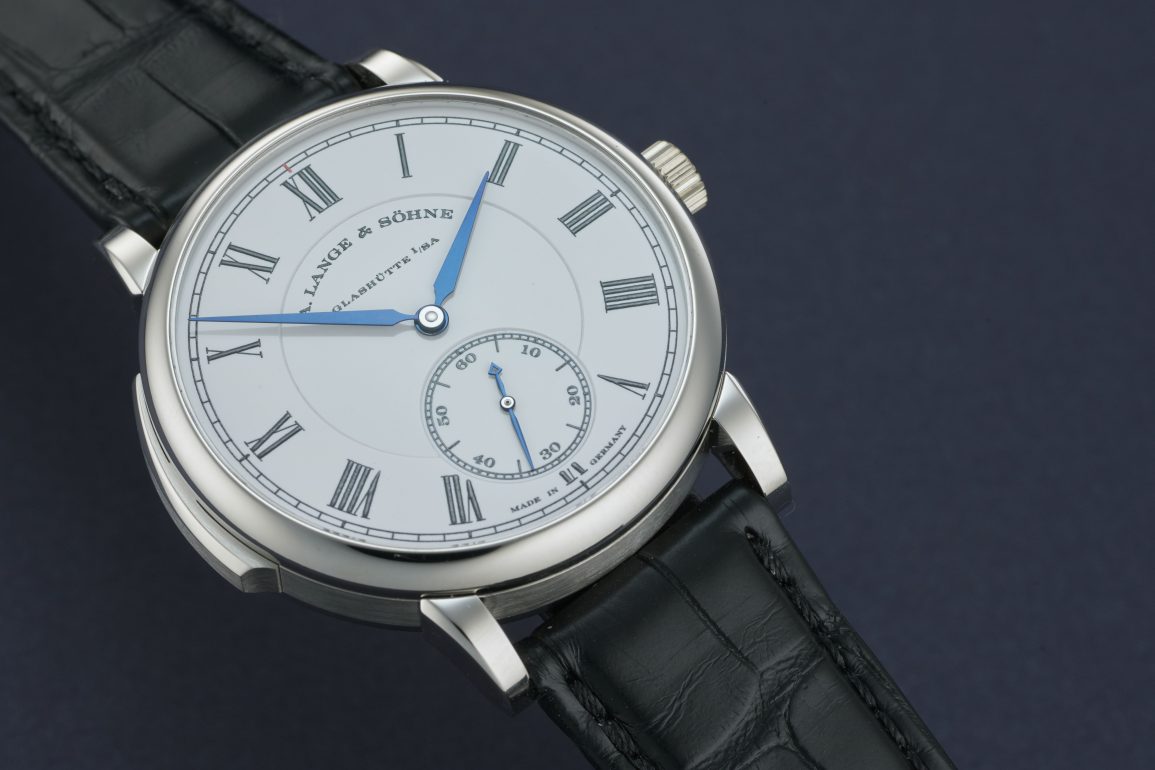 A minute repeater aiming at clarity in both visuals and acoustics. 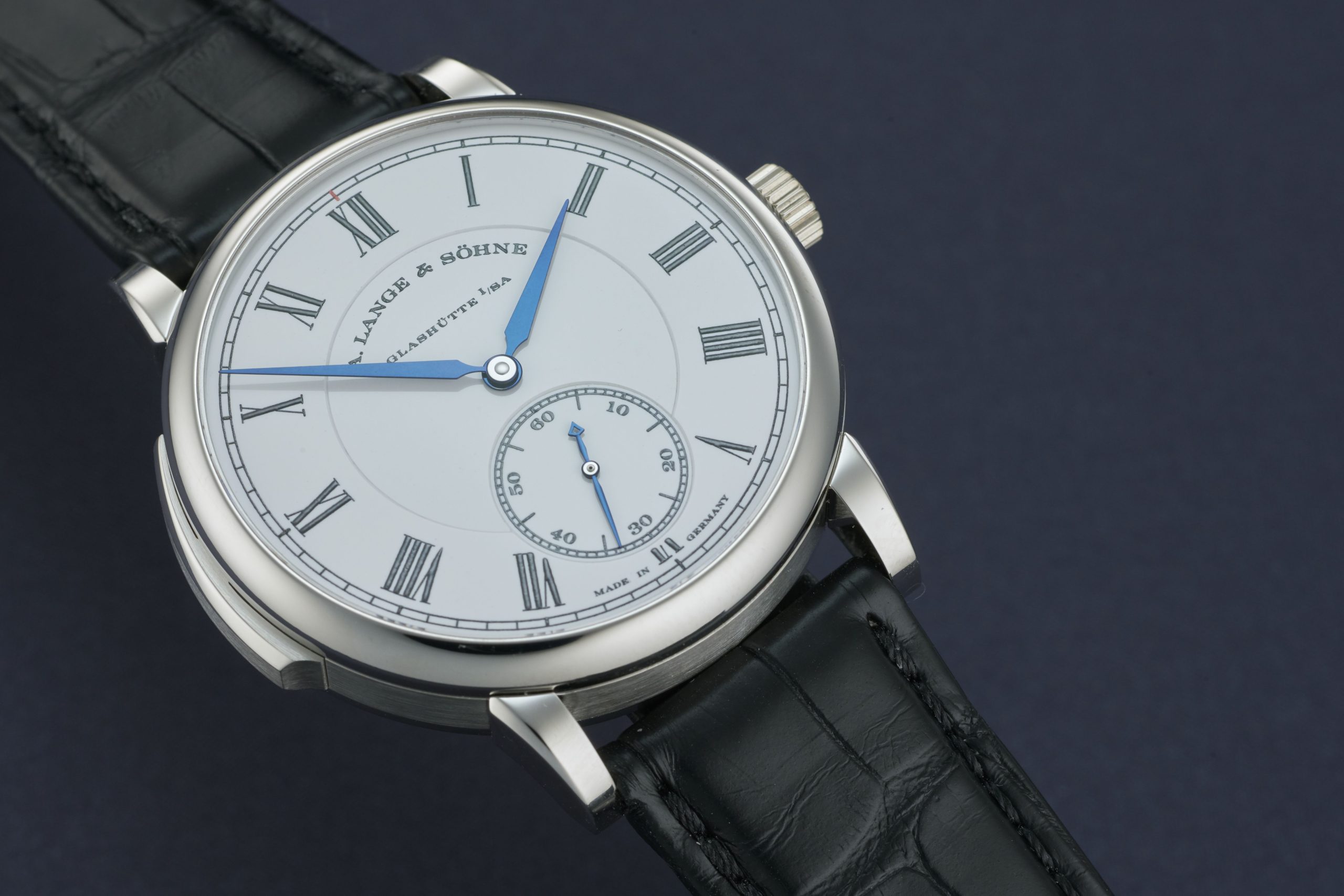 The Richard Lange Minute Repeater is a traditional three-hander with an appealing chiming function. When the chiming mechanism is activated, it chimes to audibly indicate the hours, quarter hours and minutes. The chiming mechanism has two mechanically tuned gongs, they are tuned variably to strike 720 distinct sequences, matching every minute of the twelve-hour cycle. The gongs produce excellent acoustical definition and reverberating sound. The hours are represented by a low tone, quarters by a double tone, and minutes by a high tone.

A. Lange & Söhne paid much attention to the dial. The white enamel dial is made of platinum but has a solid-gold core. The dial is constructed of fired enamel and are made up of three different sections that are fused together. The hands have a contrasting blued steel color. 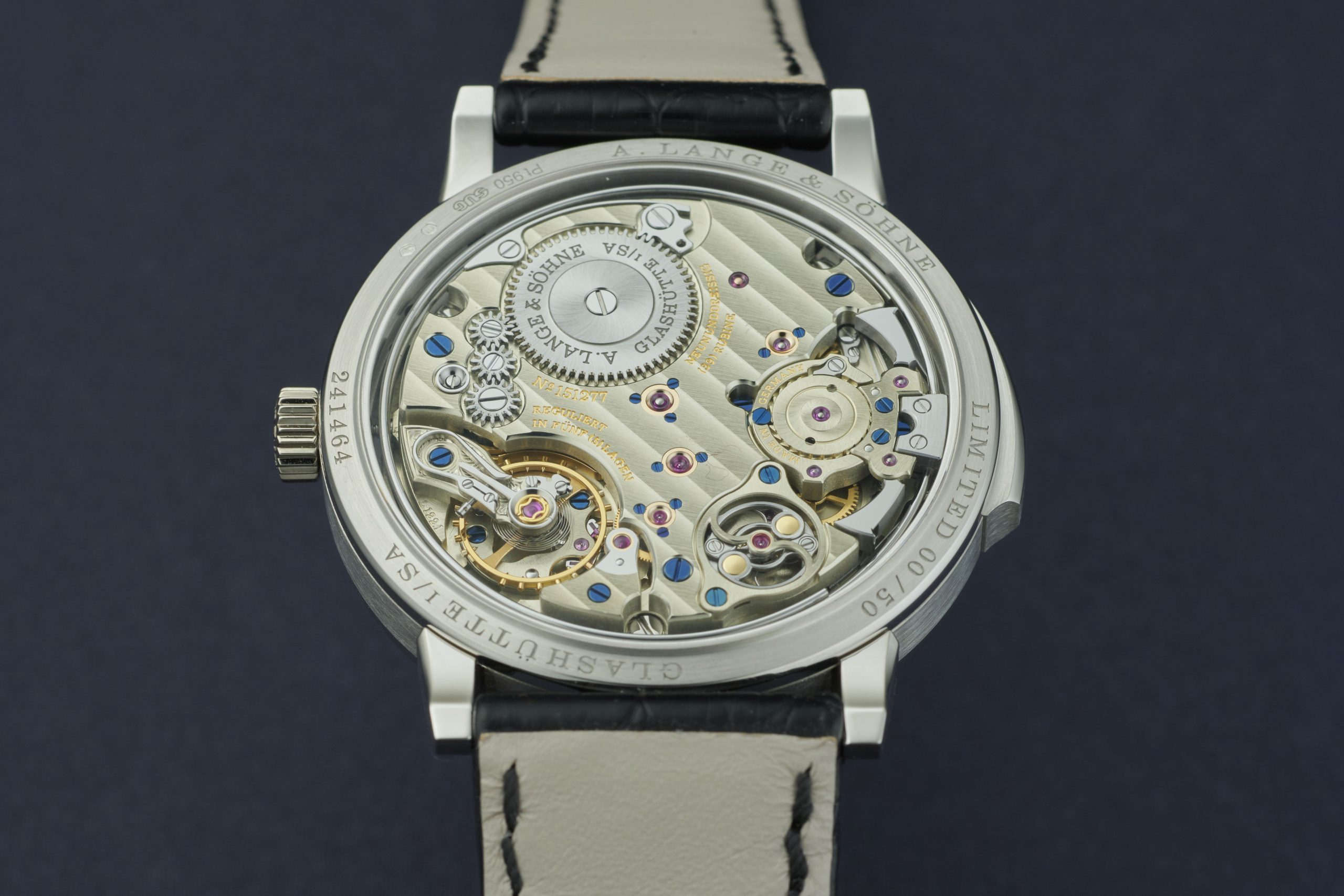 The whole setup comes inside a 39 mm x 9.7 mm case crafted in 95% pure platinum. The flanks are satin-finished, and the lugs are noticeably domed. The water resistance is rated at 2 bar (20 m).

The Richard Lange Minute Repeater has Lange manufacture calibre L122.1 at its core, a manually wound movement with 72 hours of power reserve. The watch comes on a hand-stitched black leather strap with a deployant buckle. It is limited to 50 pieces and each piece has an engraved edition number, available exclusively from A. Lange & Söhne boutiques with a price on request. Visit A. Lange & Söhne here.