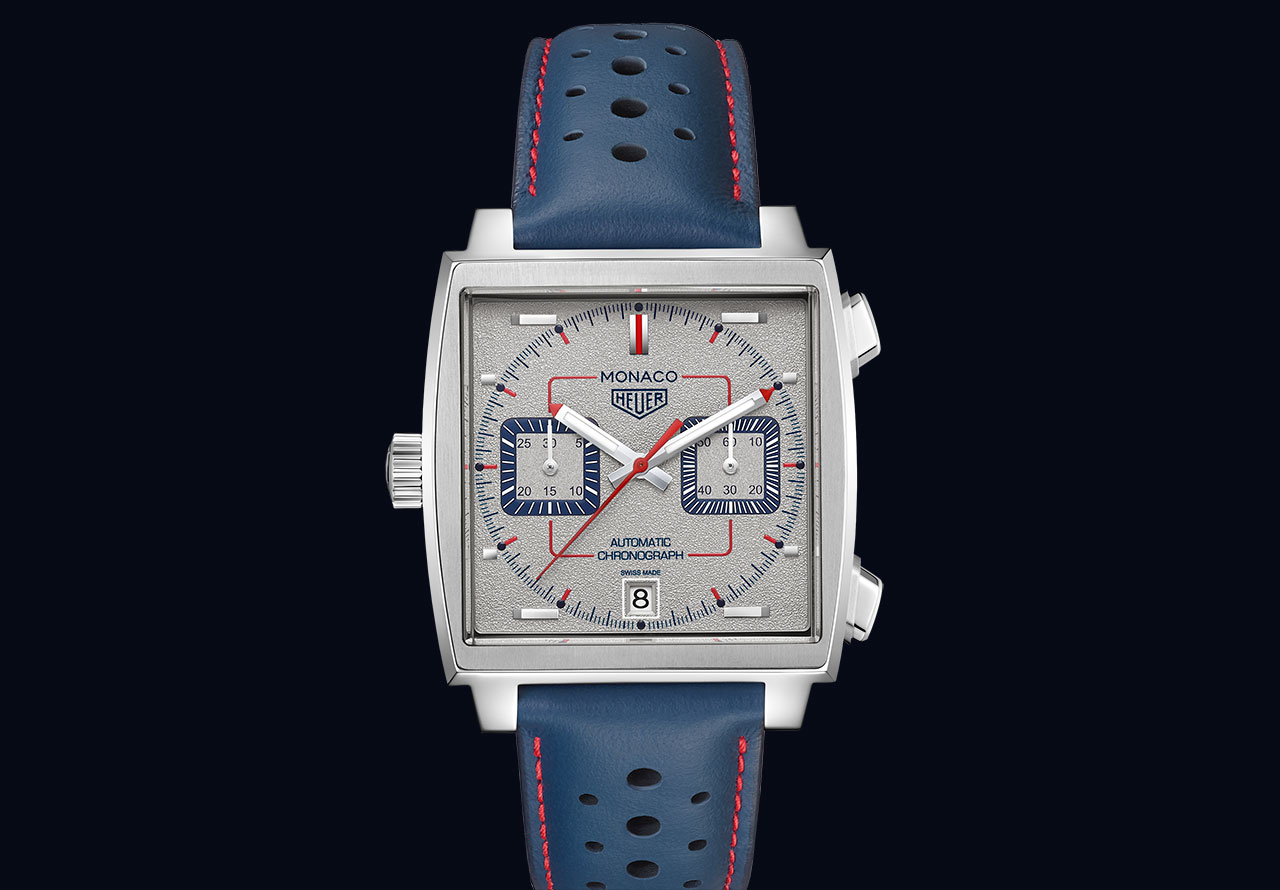 Celebrating its 50th anniversary in style, the Monaco from TAG Heuer is being re-released in decade inspired colour schemes which match the themes of the times. So far, we’ve seen 1969 to 1979, which featured green as the proprietary colour for the dial, and from 1979 to 1989, which had a fiery red dial to commemorate the red dials of the period. Now we find ourselves looking at a watch with colours coming from a very strange period, where everything became digitised, and R.E.M. dominated music. Also, Jude Law and Uma Thurman starred in Gattaca, a bizarre and twisted take on the future that could only come out of this era. I’m referring to the 1990s, of course. 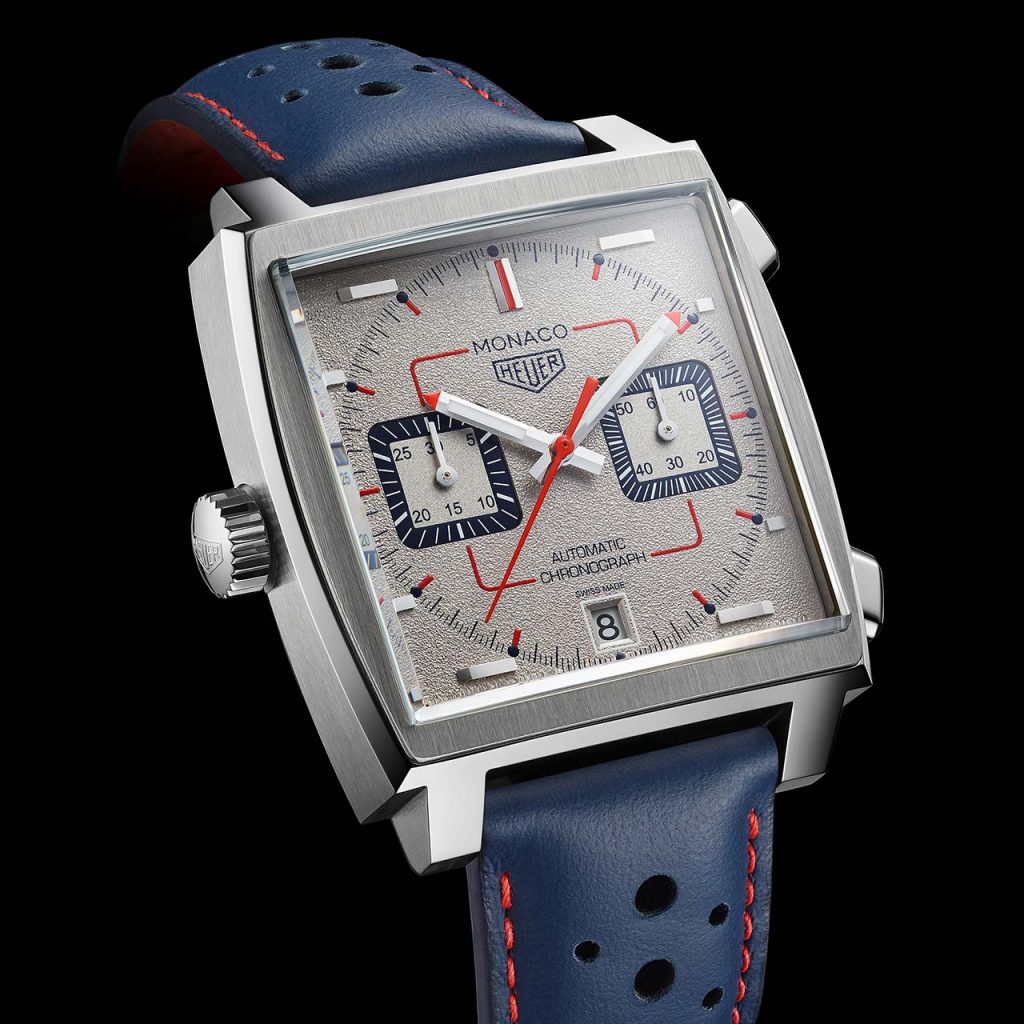 The hard-nosed 90s featured no-nonsense designs and grittier themes; undoubtedly, the flamboyance of the previous decades had become mere memories. To reflect the somewhat dark yet inspiring themes of the 90s, the vibrant colours and mesmerising sunburst finishes have vanished, leaving behind a course textured dial awash in grey with some hints of colour like when looking back at oneself over time and being dismayed at how little has changed. 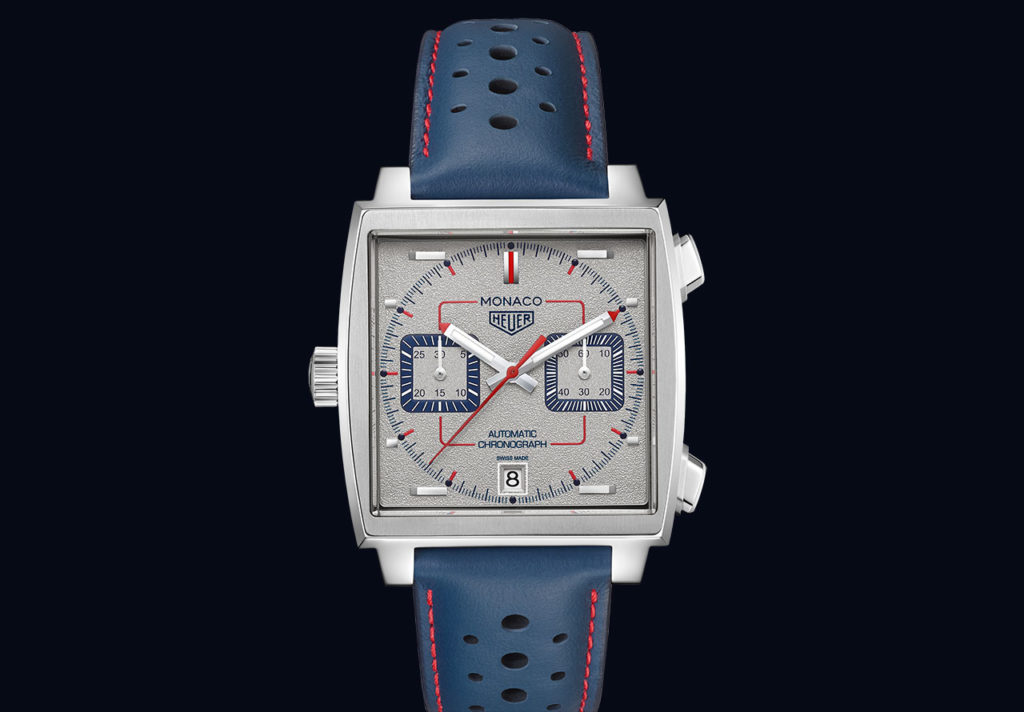 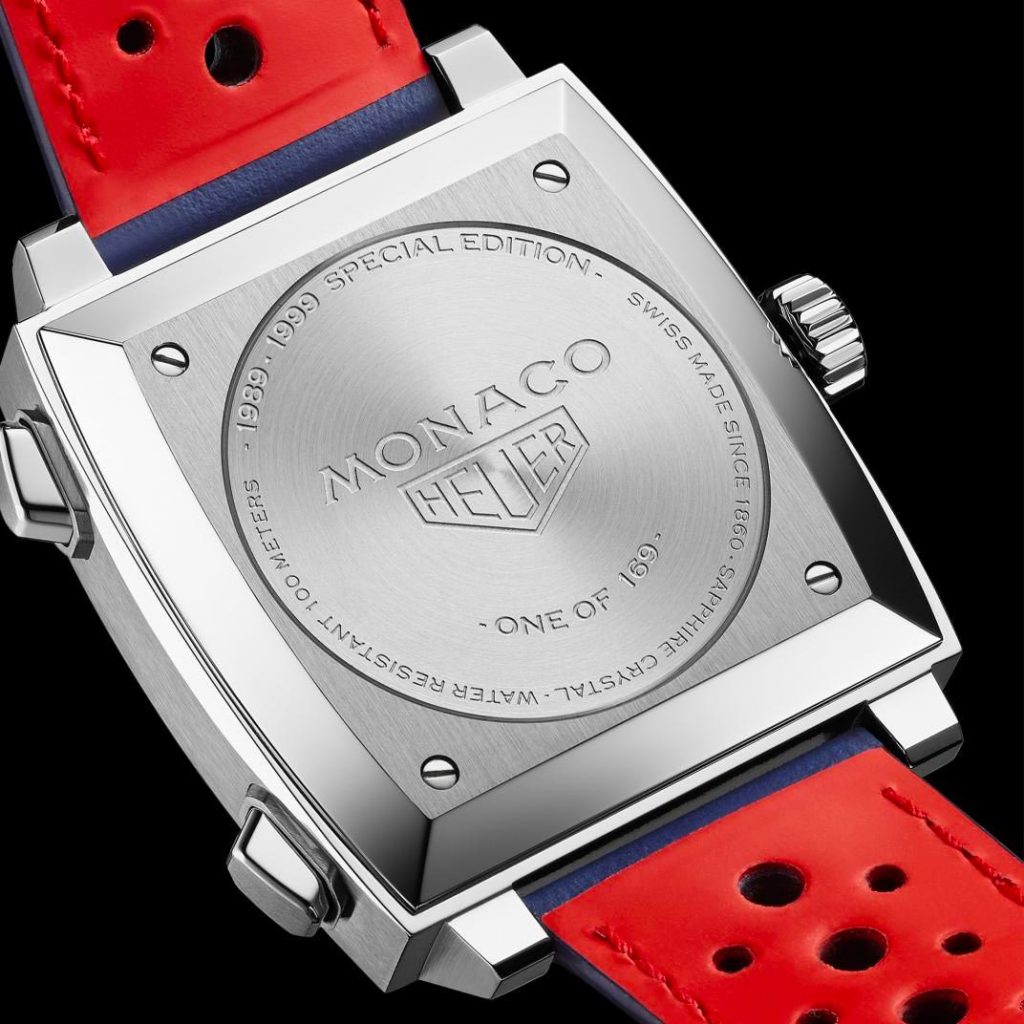 Inside the watch beats the TAG Heuer Calibre 11, which is not an in-house produced movement, but rather a movement using a Sellita SW300-1 for a base. It has a respectable industry-standard power reserve time of 40 hours without the chronograph running and has a 4Hz oscillation rate, again, the industry standard. I’d have like to have seen TAG Heuer reorient the chronograph pushers so that they point outwards from the case at 90 degrees like on the original, but it’s not too much of a big deal. Like the original Heuer Monaco, the crown has been placed on the left side of the squared-off case. 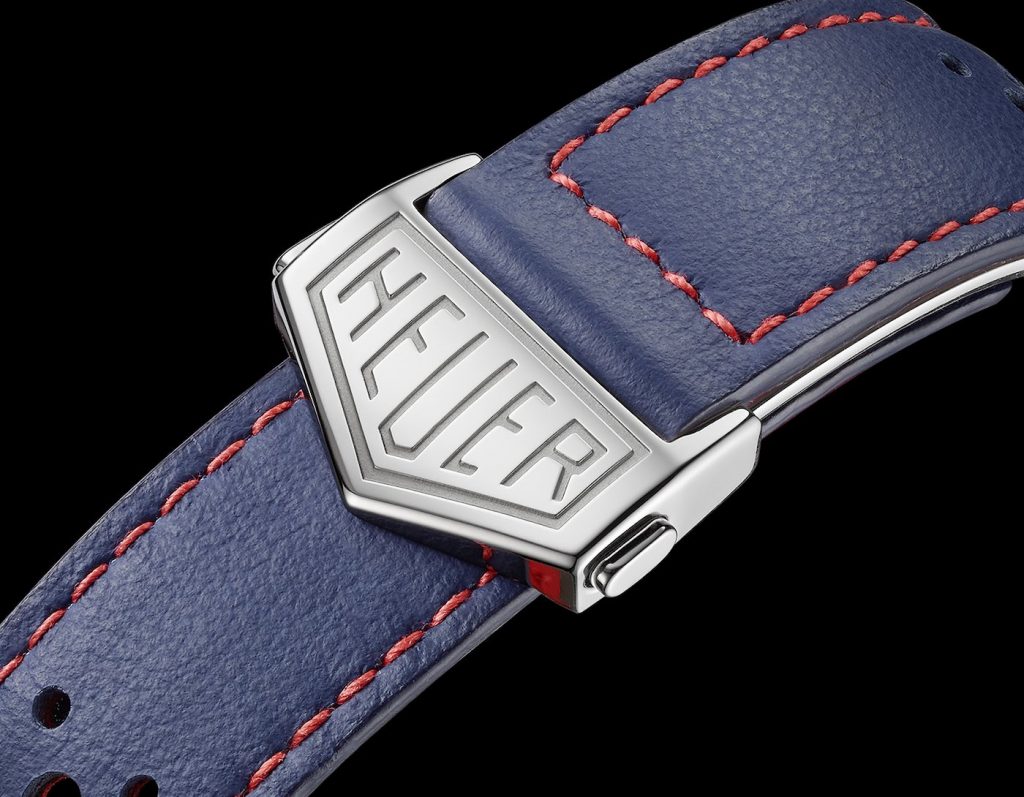 This watch features the reference number CAW211X.FC6468 and comes in a limited production run of just 169 watches worldwide, each of them is priced at $6550, which is admittedly quite a lot for a Sellita based watch. With this, though, you’re getting the racing heritage of the Heuer Monaco combined with 1990s styling cues in a special presentation box.