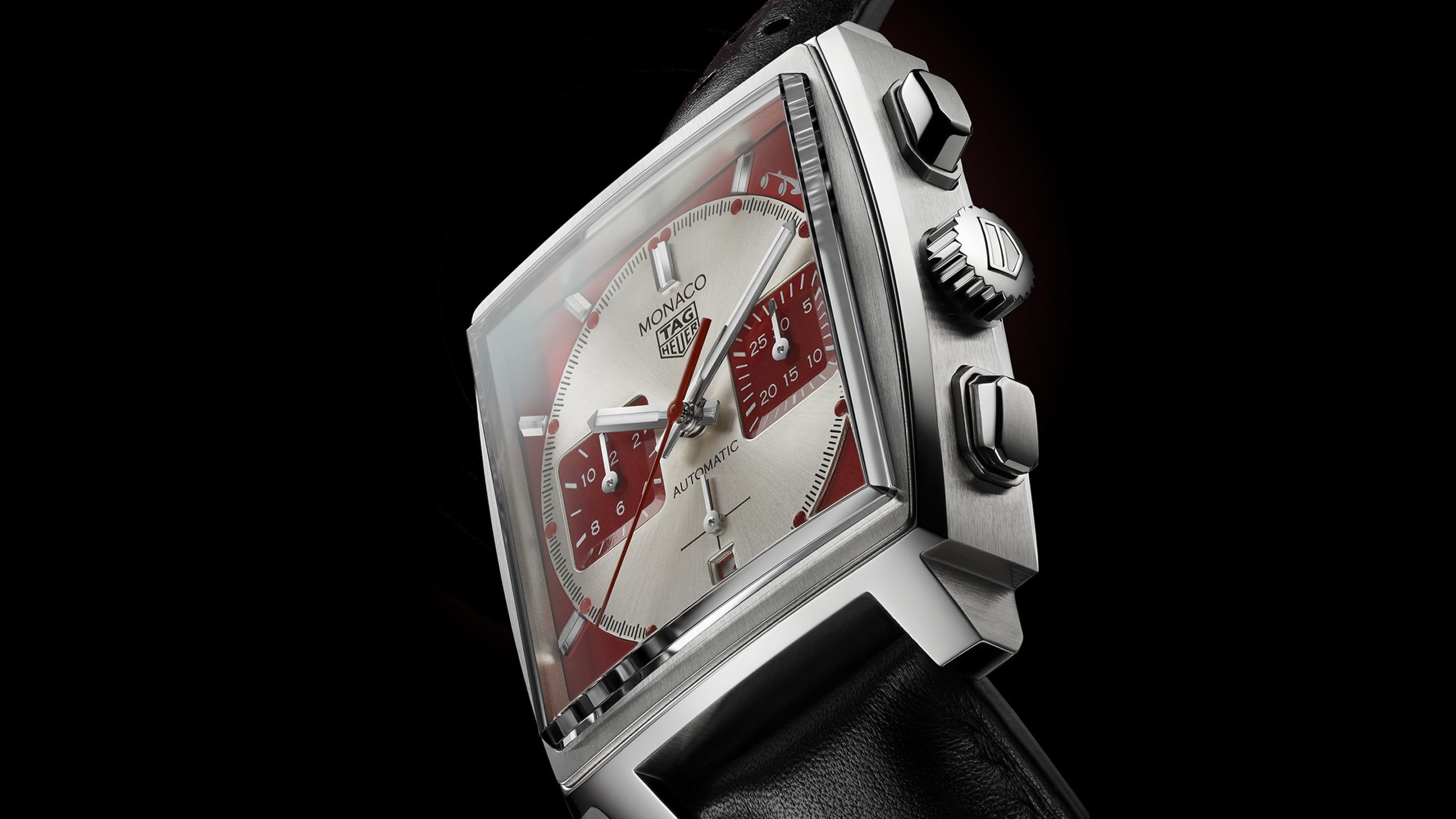 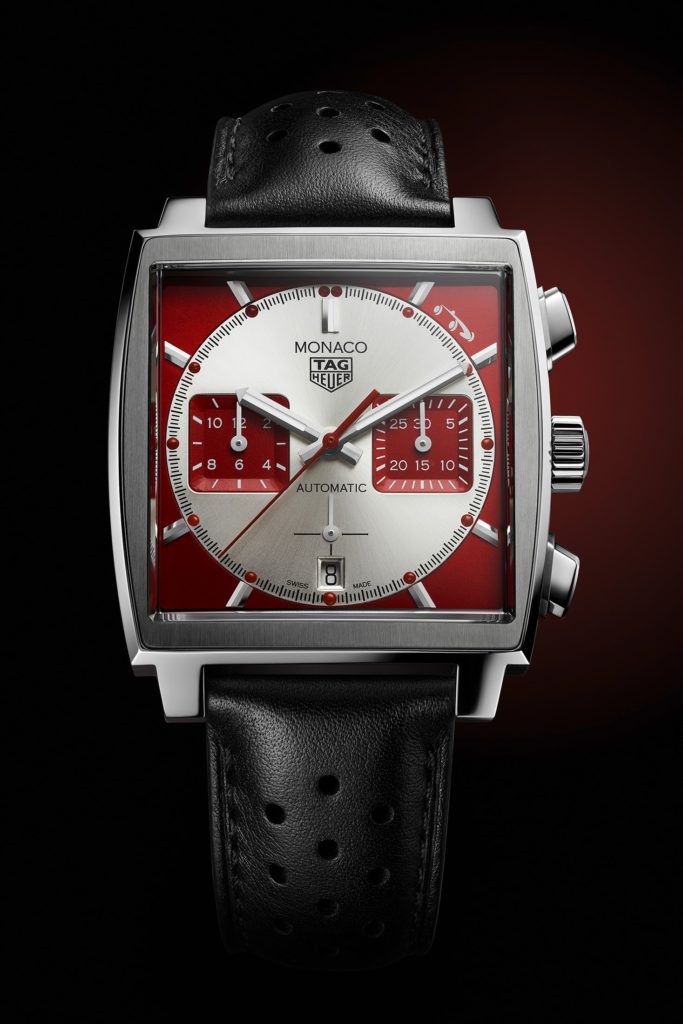 This limited edition TAG Heuer uses the classic square case that defines the Monaco line. To tie into the race, the dial has been coloured silver and red (or Rosso Corsa) of classic Italian sports cars, a decal of which can be seen between the one o’clock and two o’clock markers. 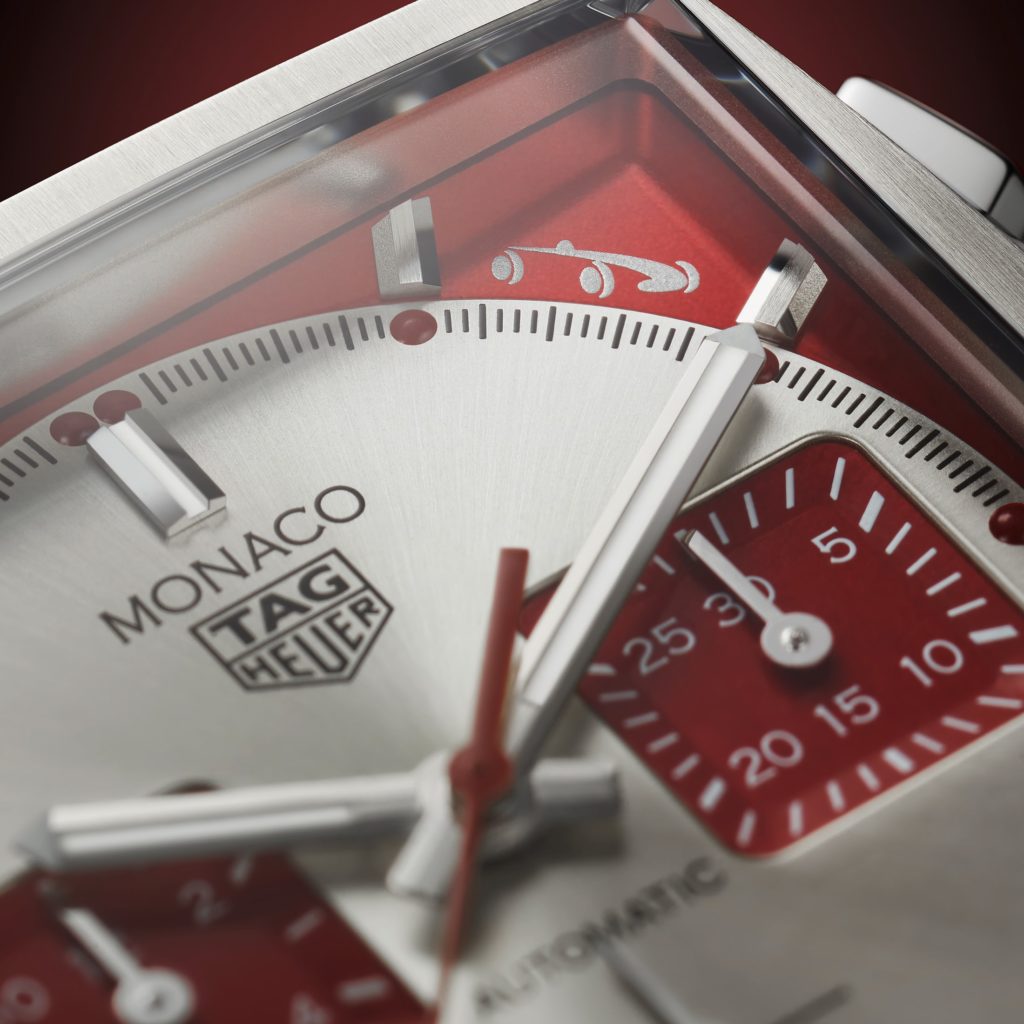 The subdials for the chronograph are square like retro gauge clusters. The running seconds is positioned at 6 o’clock and overlaps with a date window. The dial itself is clean, well proportioned and undeniably good looking. The red and silver colours with touches of lume make it looks even better than the standard range of Monaco watches. 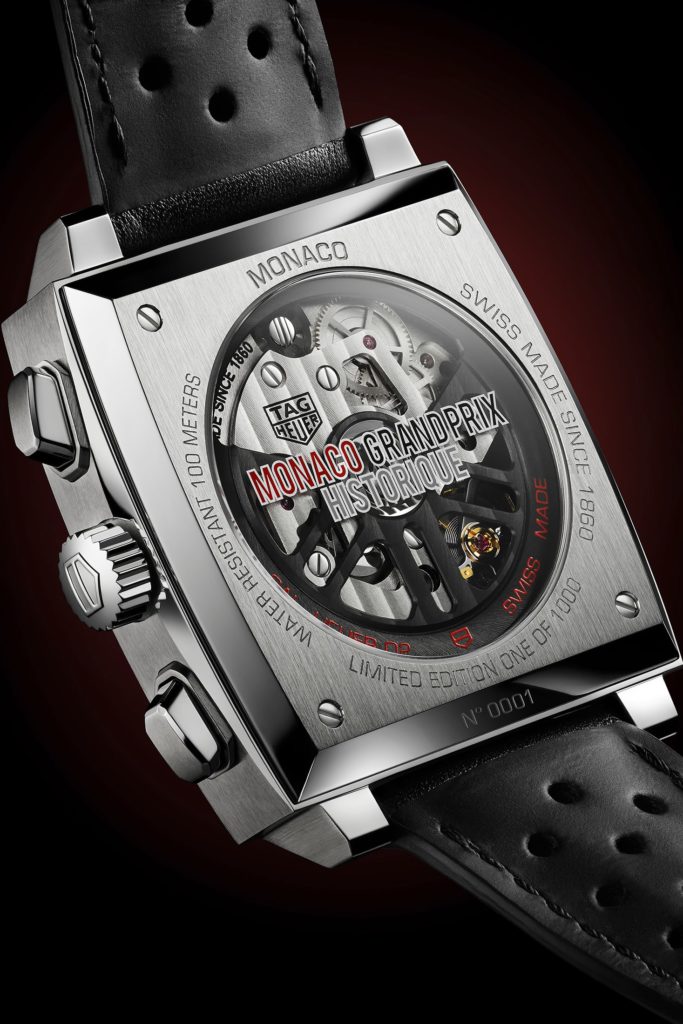 Inside the oddly square-shaped case is the calibre Heuer 02. This movement is in-house made by TAG Heuer and is recognisable by its black oscillating weight, which is typically found in the Carrera line. It has a 75-hour power reserve, a 4Hz beat rate and a column-wheel chronograph. Its design stems back to the calibre CH80 from 1969, and it shares some similarities with that movement (mostly the positioning of components). Through some personal time with a Carrera, I’ve found this movement to be a strong one, there isn’t much that you could pick it apart on. Sure, it’s not finished like a Patek Philippe, and it doesn’t have a vertical clutch, but it doesn’t cost nearly as much either. Mind you; it’s not as affordable as you might think.